In a Politburo group study session on 23 November 2015, China’s president, Xi Jinping, recommended the book Capital in the Twenty-First Century by the French economist Thomas Piketty. “The rich data he used demonstrated that … unrestrained capitalism accelerates wealth inequality … [His] conclusion is worth us pondering on.”

Back then, Piketty’s work on inequality was reported all over the world and sparked soul-searching among elites from Wall Street to Main Street. Some were surprised that Xi was paying attention, too.

Since his ascent to power in 2012, Xi has discussed the issue of inequality on several occasions. Early this year, he told his provincial ministerial-level cadres that achieving common prosperity was “not just an economic issue, but a significant political one that matters to the party’s basis to rule”.

In the four decades since Xi’s predecessor Deng Xiaoping enabled economic liberalisation, booms in manufacturing and technology have allowed a select few in China to amass vast fortunes. But the tables are turning, with Beijing’s regulators mounting almost daily attacks on private power bases, in particular the technology titans, whose influence has begun to stretch far beyond Asia.

Since February, close to $1 trillion has been wiped off the value of Chinese companies. The Nasdaq Golden Dragon index, which tracks the largest of about 250 Chinese firms listed in New York, was down more than 50% from its February peak last week. Investors fear a standoff between regulators on both sides of the Pacific could eventually lead to the delisting of Chinese stocks from US markets.

From London to New York, investors are wondering what lies ahead. Is Xi simply redressing the balance between corporations and citizens, or is he set on bringing China’s private sector back under state control?

Tencent chief executive Pony Ma is estimated by Forbes to be worth $43bn. Photograph: VCG via Getty Images

Last Monday, another week of actions began with a vow by top cadres to “regulate excessively high incomes and encourage high-income groups and enterprises to return more to society”. A high-level meeting concluded that while the party had allowed some people to “get rich first”, it was now time to prioritise “common prosperity for all”.

“Under Mao Zedong, everyone in China was poor. Under Deng Xiaoping, people remember the catchphrase ‘to get rich is glorious’; but Deng also said that, ultimately, China will have to achieve common prosperity,” said Yang Li, a China researcher at the Paris School of Economics’ World Inequality Lab, who has co-authored papers with Piketty. “Now that China has reached middle-income status, Xi thinks it’s time to deliver the latter part of Deng’s mantra: to ultimately achieve common prosperity.”

The strategy served another purpose, he said: shoring up popular support for the party’s continued rule.

“Enhancing equality and inclusive growth are by themselves noble goals,” said Yuen Yuen Ang, who studies China’s political economy at University of Michigan, Ann Arbor, “but the crucial question is: what is the right way to achieve them?”

China’s tech bosses are among its wealthiest citizens, and they are very much in Xi’s sights. The boss of social and gaming giant Tencent, Pony Ma, is estimated by Forbes to be worth $43bn (£31bn). His peer Jack Ma, founder of Alibaba, is not far behind at $41bn.

With money have come power at home and influence abroad, both of which pose a threat to the Communist party, analysts say. China’s technologies increasingly shape the western world, from Alibaba in global trade, linking western buyers with exporters of goods made in China, to TikTok in popular culture, to online gaming, where Tencent has an interest in some of the most successful European developers. 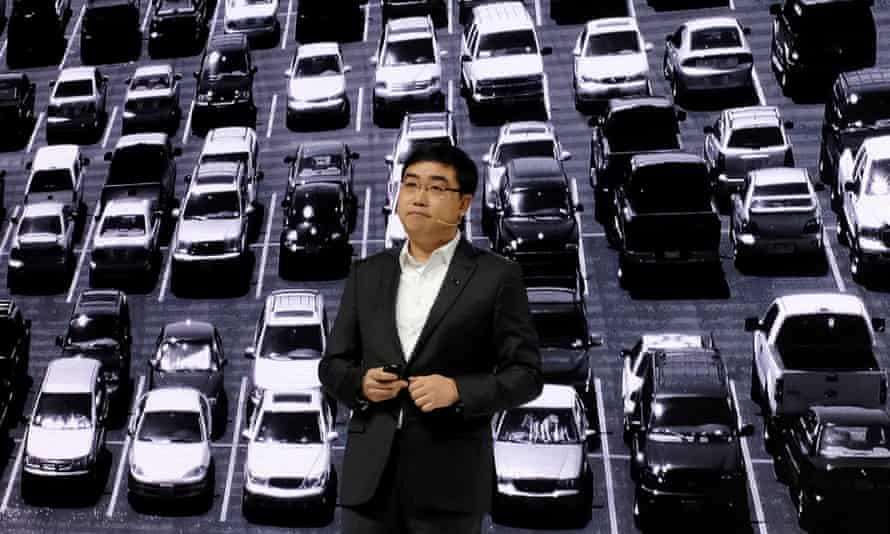 Will Wei Cheng, chief executive of Didi, which has become a target for China’s regulators. Photograph: Sun Yilei/Reuters

“The recent regulatory crackdowns also send a chilling message to enterprising Chinese business people, whose contributions to the economy are far bigger than many state-owned firms,” said Dexter Roberts, senior fellow at Atlantic Council’s Scowcroft Center for Strategy and Security.

“Chinese economists have long wondered whether the tech sector would be Xi’s next move in addressing the issue of wealth distribution,” said Roberts, who is also the author of The Myth of Chinese Capitalism. “In this sense, it’s unsurprising that this is now happening. After all, these tech firms are the symbol of excessive wealth in China.”

Specific policies are expected to follow. Last Thursday, in a front-page article in the official Economic Daily newspaper, two researchers from a top university in Zhejiang province – where Xi was party secretary from 2002 to 2007 – called for increased taxes on high-income earners.

Big businesses are listening attentively, too. Less than 24 hours after last week’s announcement, Tencent, one of the largest internet companies in the world, pledged to create a 50bn yuan (£5.6bn) fund to help achieve “common prosperity” of the nation.

Tencent has been walking a tightrope. Earlier this month, the company announced fresh restrictions on the amount of time children can spend playing its online games shortly after state media labelled gaming “spiritual opium”.

But the Shenzhen-based giant is far from being the sole target. Last October, Alibaba’s fintech spinoff Ant Group suspended its IPO shortly before it went public, after high-flying founder Jack Ma expressed dissent against regulators. Last winter, Ma made global headlines for his sudden disappearance from the public eye – a three-month absence that sent chills through the business community. 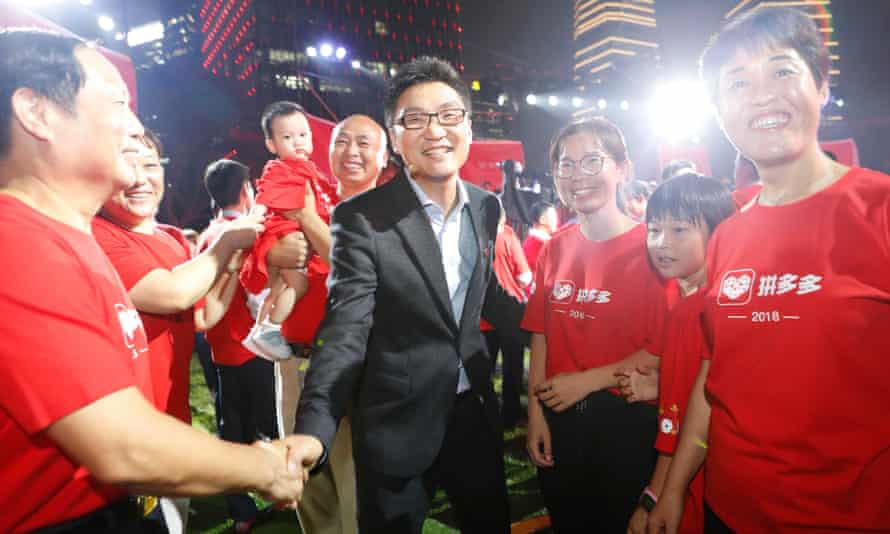 Colin Huang, chief executive officer and founder of Pinduoduo, has stepped down from his position. Photograph: Visual China Group/Getty Images

In July, the country’s largest ride-hailing company, Didi, became a regulatory target less than 48 hours after it floated in New York. It was ordered to withdraw from app stores and banned from accepting new users pending a review of security risks and data management. The news wiped $22bn from its market value. The Securities and Exchange Commission, which regulates US stock markets, responded by insisting Chinese companies disclose whether they had permission to list abroad.

Individuals have been affected, too. Last July, Colin Huang, founder of e-commerce platform Pinduoduo, stepped down as chief executive. He later relinquished his chairmanship. And in May, Zhang Yiming, boss of TikTok’s parent company, Bytedance, announced his resignation to focus on “reading and daydreaming”.

Some see recent events in the tech sector as government doing its job. “China would still like to promote tech development; but at the same time, to prevent abusing data power by private parties and to ensure national security,” said Ma Ji, a senior lecturer at Peking University’s school of transnational law. 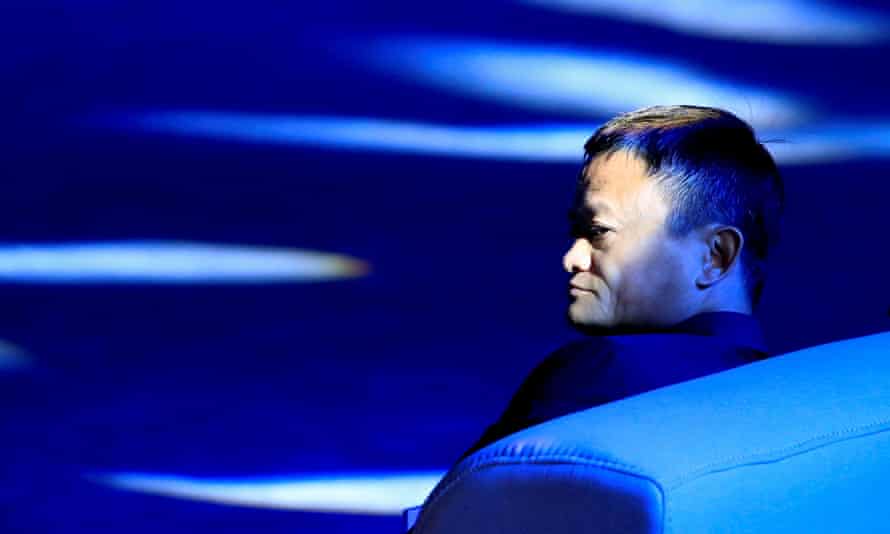 Alibaba Group’s Jack Ma made headlines around the world when he mysteriously disappeared. Photograph: Aly Song/Reuters

But Roberts thinks a new form of state capitalism is taking shape. “In addition to being egalitarian, it is defined by a top-down approach to the economy, government-directed and supported by industrial policies with the goal of creating a far more self-sufficient country – and, critically, one that continues to grow rapidly,” he said.

That self-sufficiency might have to include sources of capital. Cutting off the flow of dollars – or starting to stem them – may be a price Beijing is willing to pay for greater control, Roberts added.

For much of the past decade, US and Chinese securities regulators have been engaged in a quiet yet intense dispute over who has access to audits of US-listed Chinese companies. The push for tighter regulation followed accounting scandals that saw a raft of firms leave US markets a decade ago.

In frustration at the lack of progress, the US Congress last year passed the Holding Foreign Companies Accountable Act, which gives publicly traded companies three years to open their books to US auditing watchdogs or face delisting. The legislation was enacted during the Trump era, but a change of president has not halted its progress. In March, the SEC said it would take steps to enforce the audits.

However, China has countered with its own legislation, barring businesses from giving foreign regulators access to their accounts without prior approval. Efforts to find a negotiated solution have run aground. A vast amount of capital is at risk if the situation is not resolved. Despite recent selloffs, the value of Chinese companies on US markets still totals $1.5tn. 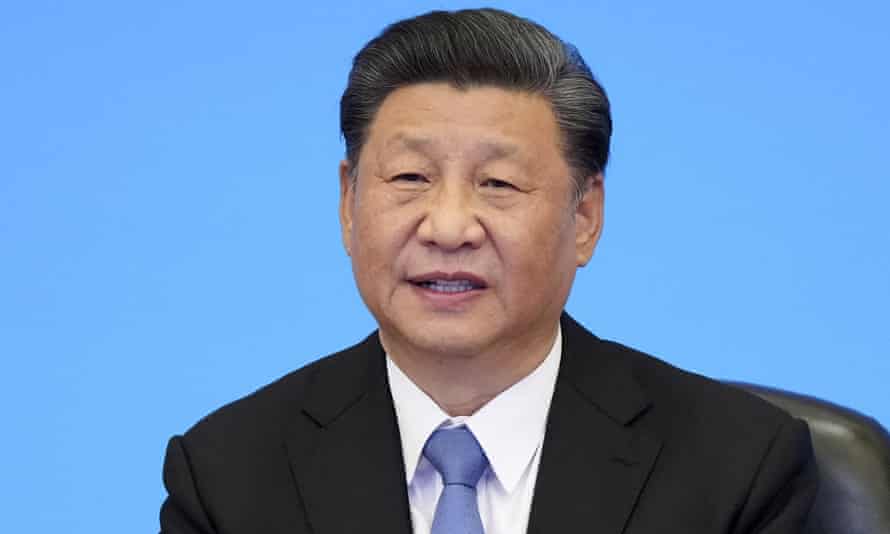 Xi Jinping seems to be seeking a redistribution of wealth and power. Photograph: Li Xueren/AP

In the short term, the outcome could hurt investors more than the companies. Directors could opt to take advantage of bombed-out share prices to buy out US investors. In a less orderly retreat, shareholders will be left with nothing if firms are simply delisted.

Some big beasts are well prepared with secondary listings elsewhere. Alibaba raised $11bn when it listed in Hong Kong in November 2019.

In the long term, the nation’s entrepreneurial energy might be dimmed, said Ang at the University of Michigan. She thinks that a redistribution of power and wealth may be a valid objective, but the methods raise concerns. “China’s recent history has shown that central commands and crackdowns do not work, because they suppress private initiative and innovation,” she said. “The better way of promoting inclusive growth is by expanding public services provision. This requires resolving the central-local fiscal imbalance, so that local governments can deliver social welfare sustainably.”

Writing last month, economist and Yale fellow Stephen Roach called the Chinese government’s recent actions an effort to “control the energy of animal spirits”. “Chinese authorities are now using the full force of regulation to strangle the business models and financing capacity of the economy’s most dynamic sector,” he said. “Without entrepreneurial energy, the creative juices of China’s new economy will be sapped, along with hopes for a long-promised surge of indigenous innovation.”

How the mighty have fallen

Tencent Tencent is a globally established technology company with online products including entertainment, video games and artificial intelligence. Its services range across social networking, web portals, e-commerce, mobile games, internet services, payment systems, smartphones, and multiplayer online games. It also owns the majority of China’s music services, with more than 700 million active users and 120 million paying subscribers. In 2018, it became the first Asian tech firm to surpass $500bn in market value, though the recent declines have erased more than $100bn from that valuation.

Alibaba Alibaba is a multinational technology company that specialises in e-commerce and retail. On 19 September 2014, its initial public offering (IPO) on the New York Stock Exchange raised US$25bn, giving the company a market value of US$231bn. It was, at the time, by far the largest IPO in history.

Often referred to as China’s Amazon, Alibaba is, along with Tencent, among the 10 most valuable corporations in the world. By June this year, Alibaba had a total of 828 million annual active buyers in China.

Labour of love: a Victorian workhouse gets a fresh start | Interiors

‘Privacy is at stake’: what would you do if you controlled your own data? | Art