STARGAZERS are in for a treat this week with the return of Jupiter as a pre-dawn ‘star’ and a conjunction between the Moon and Mars.

This Thursday the waxing crescent Moon will appear about four degrees below Mars in the evening sky. 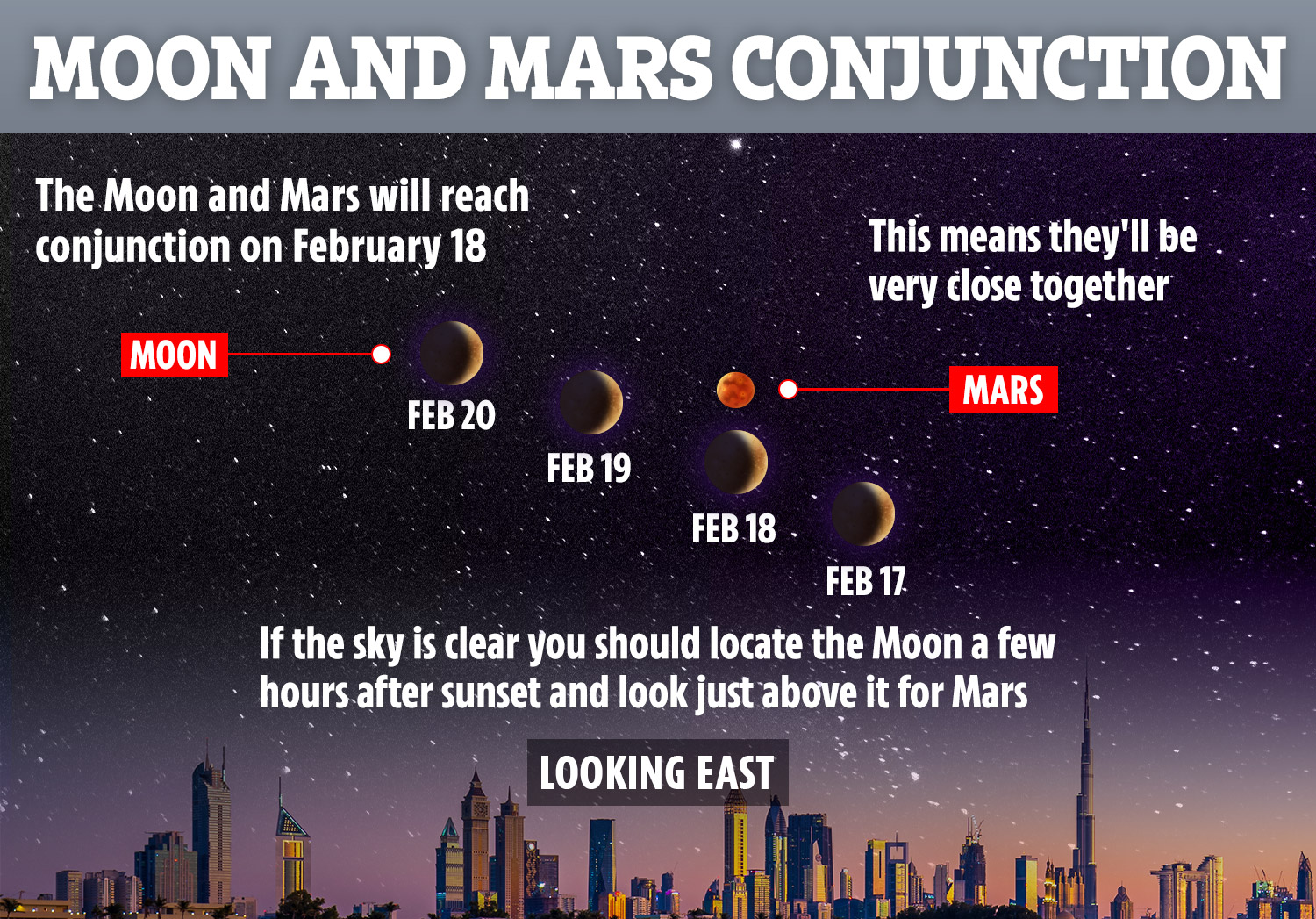 The Moon will be about 42%-lit, meaning Mars should shine bright enough to be visible with the naked eye.

The Red Planet should look just like a bright star very close to the Moon.

You could always take a look with binoculars or a small telescope for a more detailed observation.

Try looking a few hours after sunset when the sky is dark. 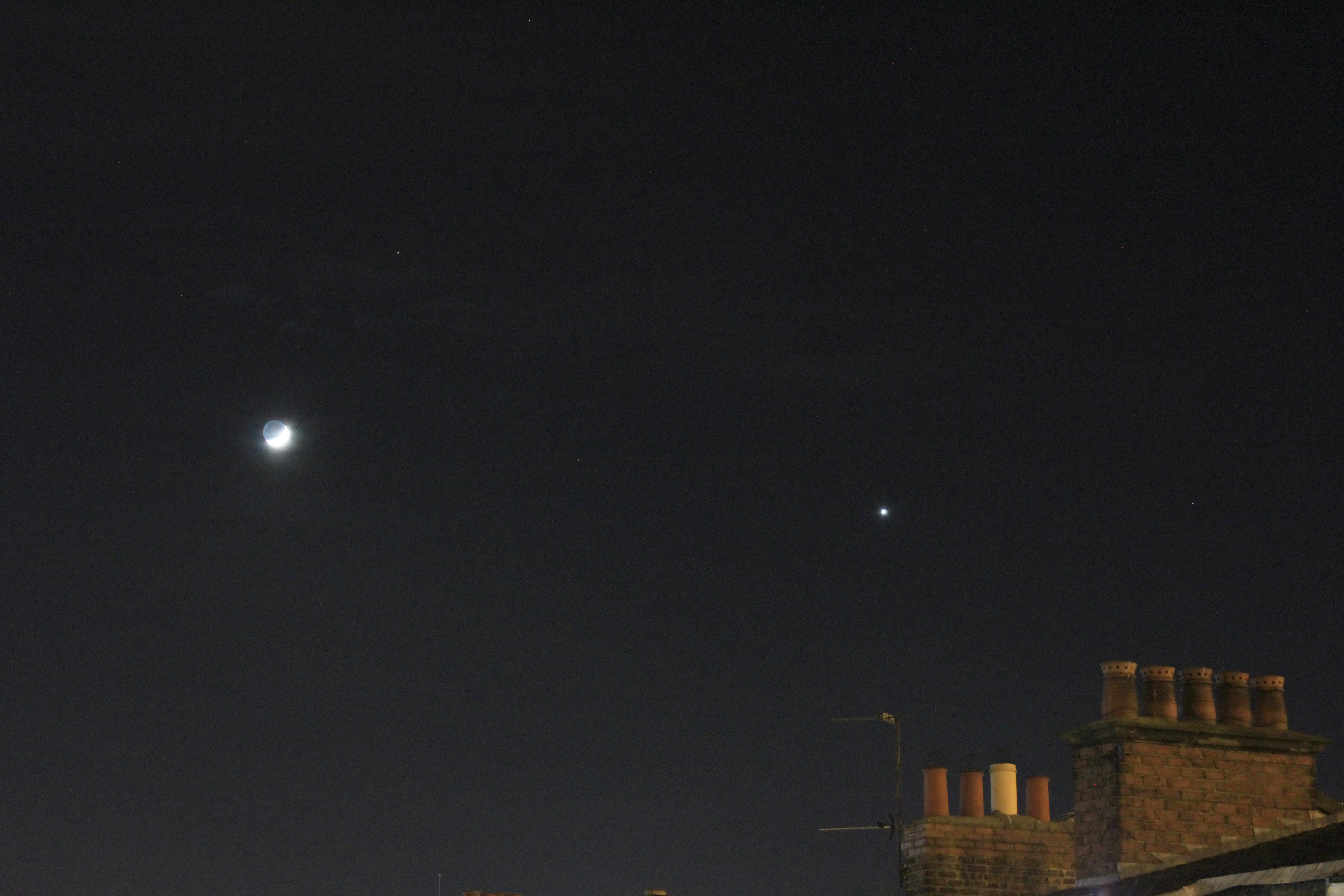 The Moon will be 42% lit on February 18Credit: Alamy

You should also be able to see Jupiter with the naked eye this week.

Earlier risers will now be treated to Jupiter as a pre-dawn celestial object.

Look for Jupiter in the early hours of the morning on Saturday, February 20.

Jupiter will rise about one hour before the Sun does.

The planet is best viewed somewhere with an unobstructed view of the east-southeast horizon.

It will be very low down on the horizon and will shine like a star.

To make sure you’re looking at the right object you can always download a night sky scanning app that can point you in the direction of planets and constellations.

How far away is Jupiter from Earth?