AN ancient Egyptian brewery has been uncovered at a funerary site in the south of the country.

Experts think it could be the “oldest” known brewery in the world and may have been used to create sacrificial alcohol. 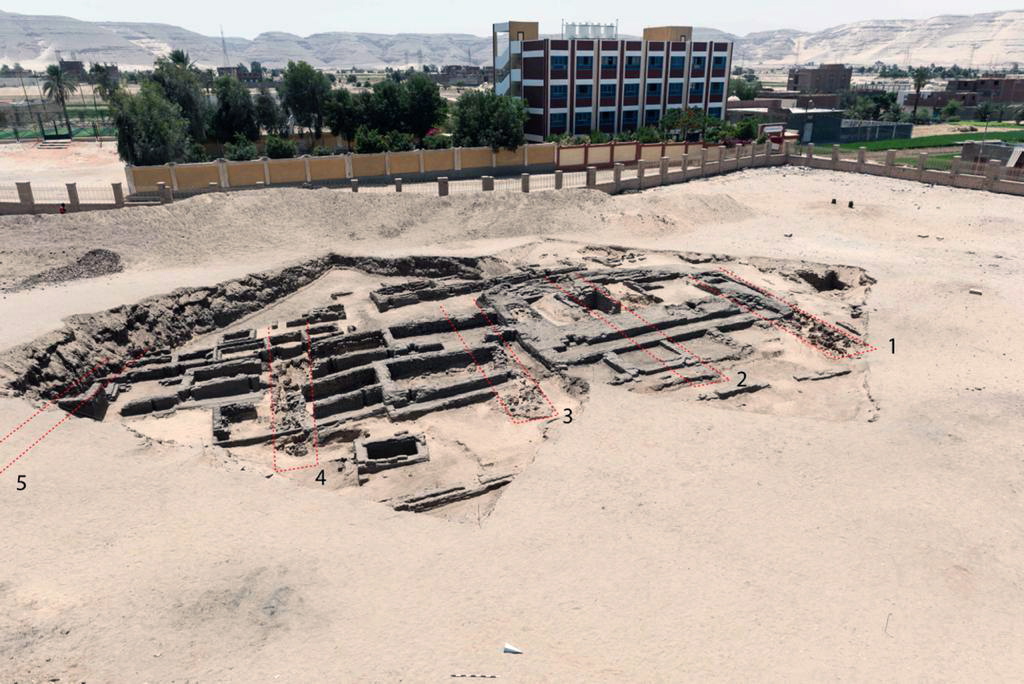 The site was uncovered in southern EgyptCredit: EPA

Pictures from the Abydos funerary site in southern Egypt have been released by the Egyptian tourism ministry.

A statement on its official Facebook page reads: “The joint Egyptian-American archaeological mission, headed by Dr. Matthew Adams of New York University, and Dr. Deborah Vischak of Princeton University, working in North Abydos, Sohag, has uncovered what is believed to be the oldest high-production brewery in the world.”

Abydos was one of the oldest cities in ancient Egypt and is home to lots of cemeteries and temples.

Experts think the brewery dates back to the era of King Narmer who ruled Egypt over 5,000 years ago. 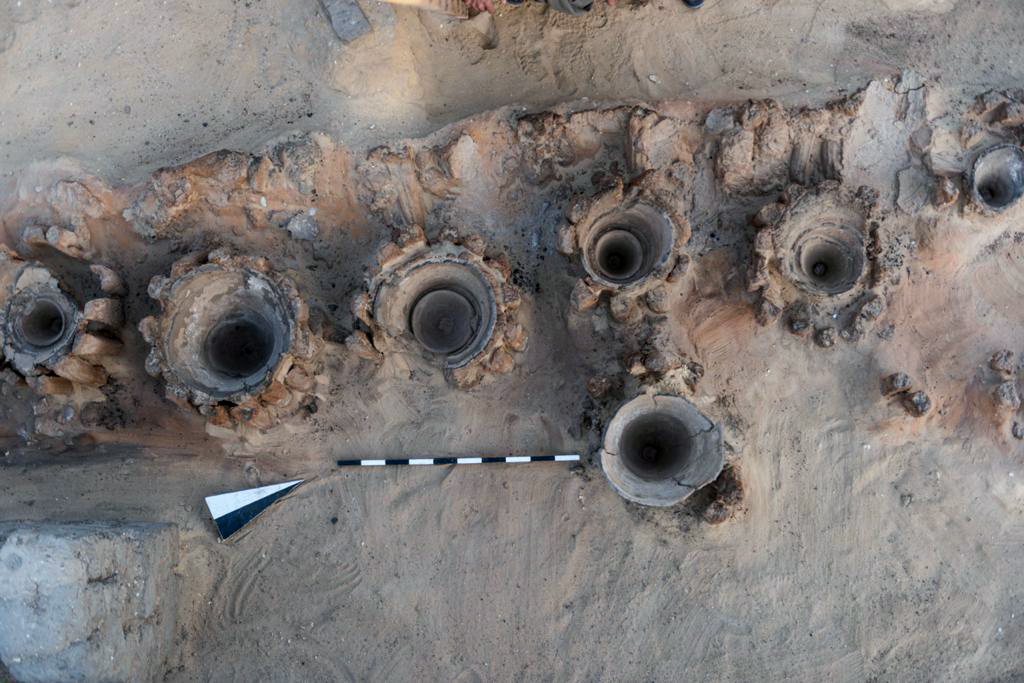 It could be the world’s oldest breweryCredit: EPA 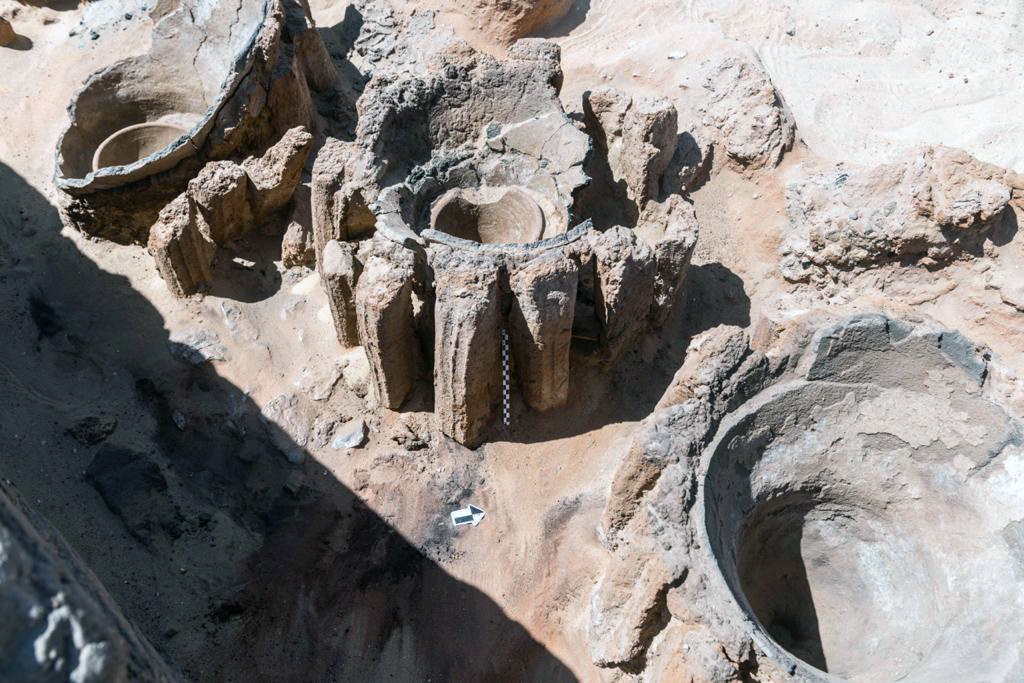 These jars may have been used to make sacrificial alcoholCredit: EPA

Narmer is often credited with unifying Egypt and being the first king of the First Egyptian Dynasty.

The Facebook statement also explained: “It is worth noting that a number of British archaeologists discovered this plant at the beginning of the 20th century, its location was not precisely determined, and the current expedition was able to re-locate and uncover it and its contents.”

The Egyptian-American team dug up eight large areas containing rows of earthenware basins that would have been used to create beer. 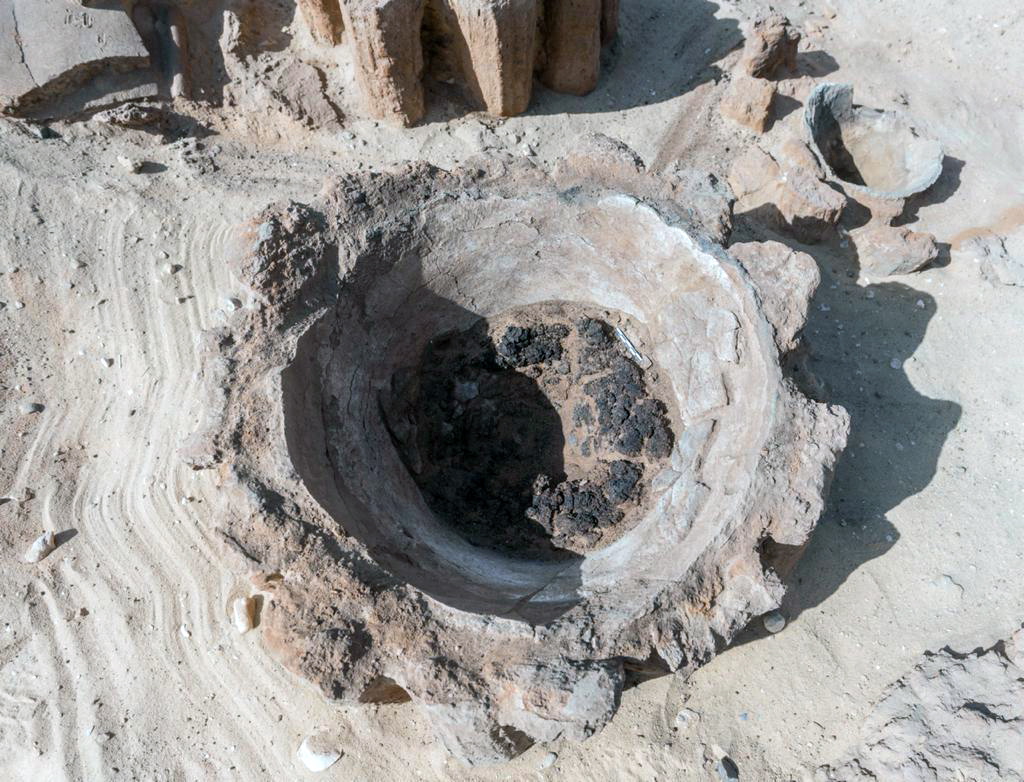 The rows of clay bowls would have been used to store beerCredit: EPA

It’s thought about 22,400 litres of beer could be brewed at the factory at anyone time.

Water and grains would have been mixed together to create the alcohol.

When ready, it may have been taken to the tombs of kings as beer is often mentioned in ancient Egyptian sacrificial rites.

The ministry’s statement explained: “Evidence for the use of beer in sacrificial rites was found during excavations in these facilities.”

The offering of beer was likely an attempt to appease the gods of the underworld.

In other archaeology news, China’s Tianwen probe captured rare footage of the rocky surface of Mar after entering the planet’s orbit last week.

What are your thought’s on the ancient brewery? Let us know in the comments…

It’s a Sin: Olly Alexander has ‘hysterical break down’ over sex scenes