A Crack in a Major Climate-Denial Coalition?

If you read a lot of climate commentary, you may get the sense that the fossil-fuel industry, working essentially as a rogue actor, is singularly responsible for America’s lack of climate policy. This isn’t necessarily … wrong, but it’s not exactly correct either. Since the modern era of climate politics began, in 1988, the fossil-fuel industry has worked as a kind of political nexus, a place where lots of different interests—steelmaking, automaking, organized labor—come together to pursue the same goals.

One of the best examples of this can be found in America’s freight-railroad industry. There is nothing inherently noxious about moving goods by rail. Shipping by rail is actually far more energy efficient than shipping by truck. Yet for the past 30 years, the country’s four largest freight-railroad companies have been among the biggest opponents of climate policy in the United States.

I wrote about their decades-long campaign in late 2019. These railroads—BNSF Railway, Union Pacific, Norfolk Southern, and CSX—have joined or funded efforts to attack individual scientists, cast doubt on research, and reject reports from major institutions, such as the Intergovernmental Panel on Climate Change.

All four companies also for years belonged to the pro-coal lobbying group America’s Power, which trafficked in open denial and called climate change a “hypothesis” as late as 2014. Even as several utilities fled America’s Power over its politics two years ago, the railroads remained.

Or they did, at least, for a little while, anyway. BNSF and Union Pacific told me this month that they have finally left the group. Their logos have also disappeared from the trade group’s website.

CSX and Norfolk Southern remain members of America’s Power, according to its website.

At the same time, the American Association of Railroads, a trade group that represents the freight-rail companies and also Amtrak, has rebranded itself as a climate warrior. From a historical perspective, this is pretty significant. The rail association helped establish America’s Power in 2008, and for years it barely mentioned “climate change” in its communications. Now it brags that “the nation’s railroads want to be—and must be—a part of the solution to climate change.”

I’m not naive about what any of this means. The Biden administration is contemplating a major infrastructure bill this year; the freight railroads would love a cut of that ribeye. Worse, they’re not wrong that freight rail probably needs to play a larger role in a decarbonized America.

Nor do I think it is the end of what some activists call “climate delay,” the tiresome opposition and nitpicking of any climate proposal. The Wall Street Journal reported earlier this month that the American Petroleum Institute, oil’s mouthpiece in Washington, is close to endorsing a carbon tax … but even if it does, I don’t expect that it will warm up to any other climate policy. 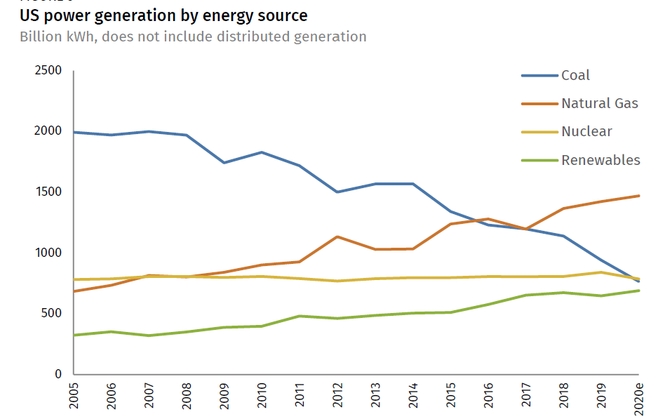 At the core of railroads’ opposition to climate change was their reliance on coal’s business. Coal makes up nearly one in three tons of rail freight. Yet the coal industry is in free fall. During the first half of 2020, coal generation dropped by 30 percent compared with the year before; coal now generates only about a fifth of U.S. electricity. The financial industry is also fleeing coal. Just this week, Citi announced it would no longer fund any company with plans to expand thermal coal operations after 2021—and even more important, the huge insurance firm Swiss Re said that it would stop insuring coal plants by 2040. Freight railroads will need to find new customers, which means finding new political allies. They will look on the left if need be.