THE humble hedgehog is one of the UK’s favourite wild animals, but they are on mass decline across the county, dropping in numbers by two thirds since the 1990s.

It is estimated that a third of all hedgehogs die in hibernation each year, as this is when they are most vulnerable, but the process of hibernation can vary in different habitats.

Hibernation season is a dangerous time for hedgehogsCredit: Getty

When do hedgehogs hibernate for the winter?

In order to grow and move about these prickly little mammals need energy, which they get from ingesting beetles, caterpillars and other insects.

When the weather gets cold, they decide to store this energy, as their food supply becomes more difficult to find.

They store energy by becoming immobile, cooling down their bodies and dropping their heart rates.

Hibernation generally occurs around October/November and lasts all the way through the cold season, although some hedgehogs can remain active well into December during mild winters. 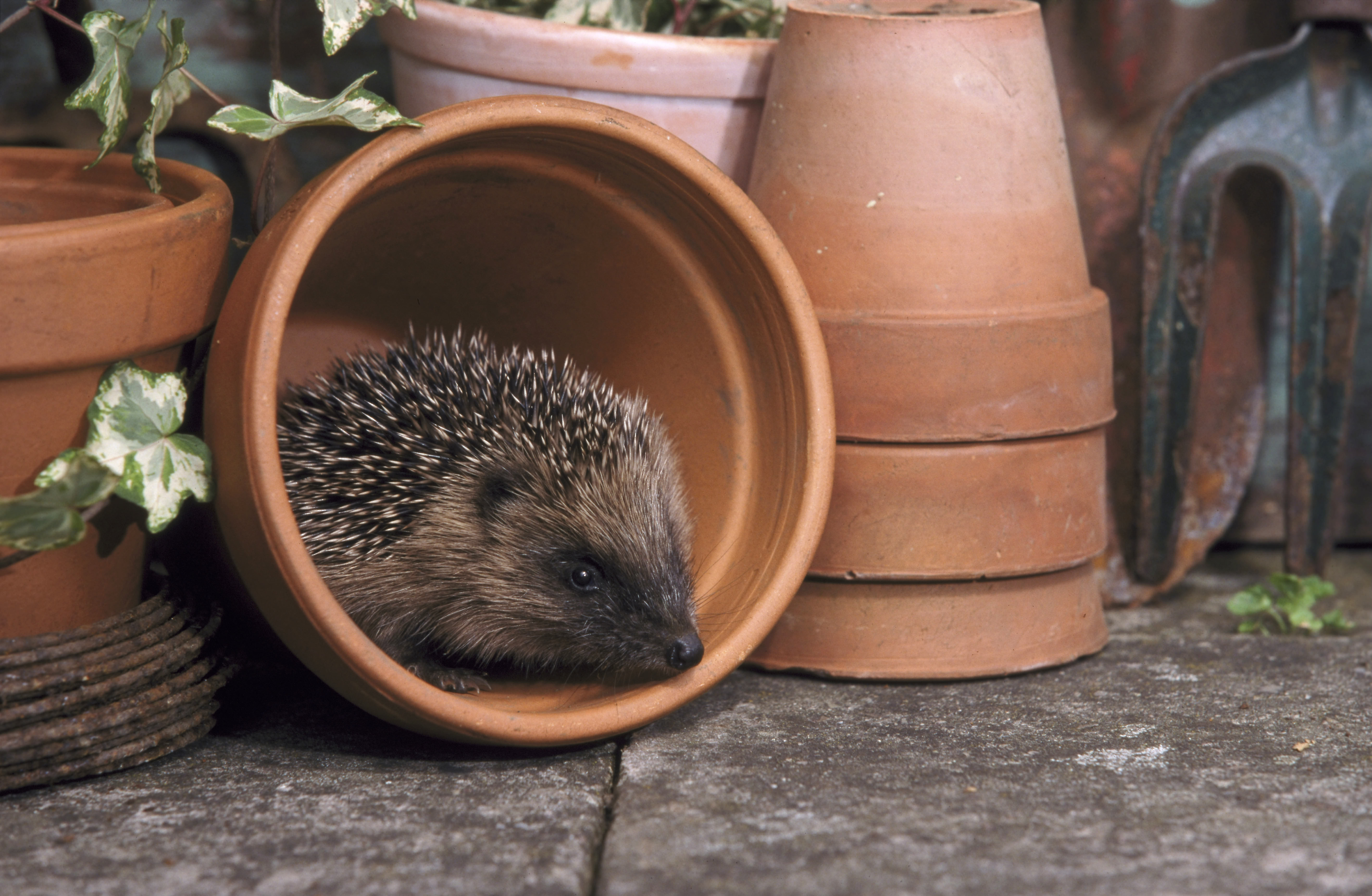 You can make your own hibernation house to help hedgehogs in your gardenCredit: Oxford Scientific – Getty

The hedgehog’s energy supply during hibernation comes from the fat stores it has built up over the summer, which means eating enough food while it’s still hot outside is vital.

Disturbance to hedgehogs while they are hibernating can be extremely dangerous, as they will use up precious energy reserves to become active again.

If you do accidentally disturb a hibernation nest, cover it over with a thick layer of dry leaves and perhaps leave some dog food and water nearby, so the hedgehog can easily find an energy supply before it goes to find a new hibernation spot.

Where do hedgehogs live during the winter?

Hedgehogs generally prefer woodlands and also love to make nests in hedgerows and suburban habitats where they can find plenty of food.

Intensively farmed land, moorland and dense forests are less ideal habitats for hedgehogs, and as more people opt for astroturf and manicured lawns, it becomes more difficult for them to find homes in our back gardens.

At the end of autumn hedgehogs will consider the best places to build nests for hibernation.

They will happily sleep away the winter months in many places, including hedges, log piles, under sheds, in piles of leaves or thick undergrowth, compost heaps and even manmade hedgehog houses.

If you do see a hedgehog in your garden, you might consider putting out some food and water for it, or calling the British Hedgehog Preservation Society if it looks unhappy.

A hedgehog typically has between 5000-7000 quills made of keratin on its back, which stay flat when the hedgehog is happy, but stand on end if it feels unsafe – it will also curl up into a protective ball to ward off attackers. 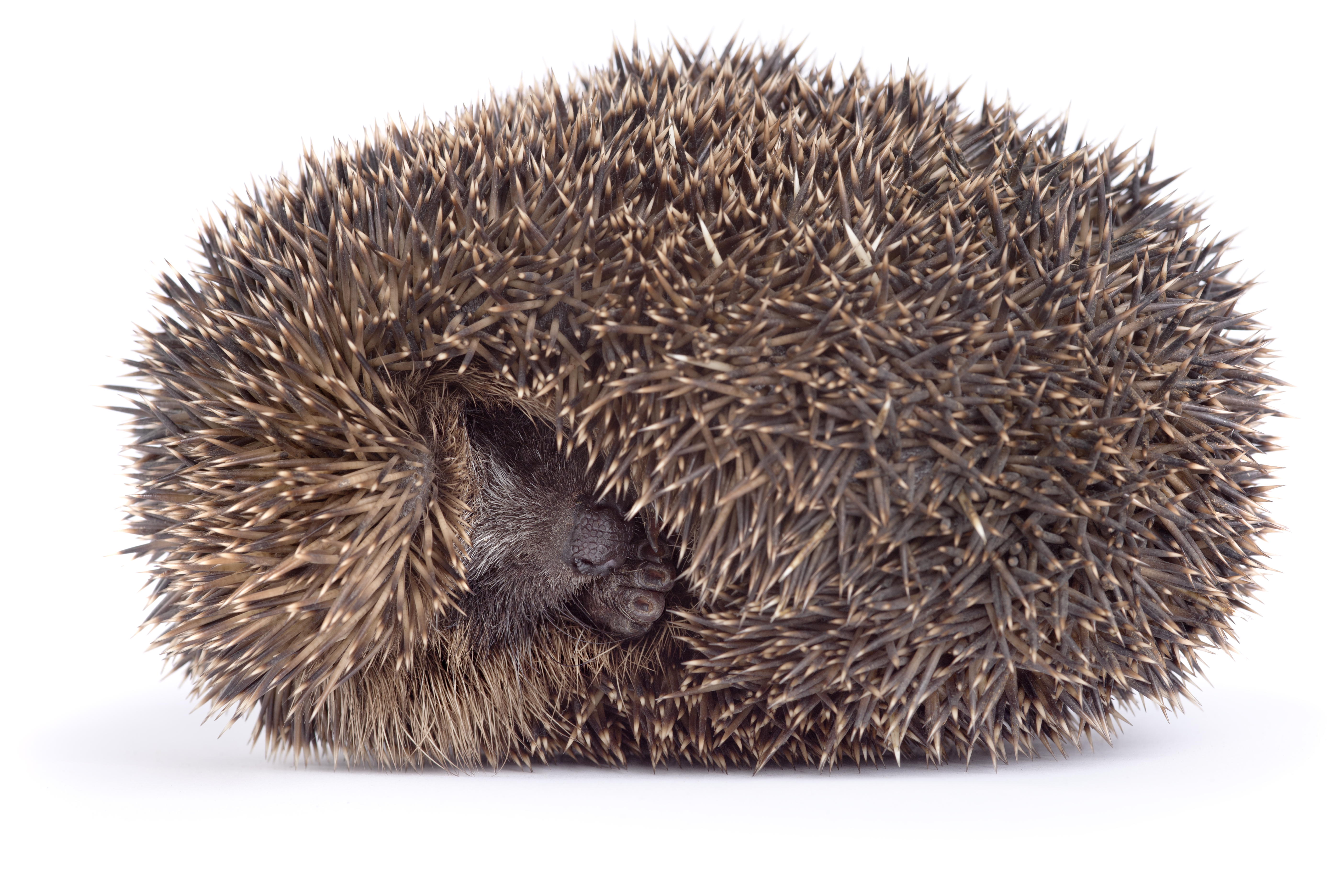 Hedgehogs tend to hibernate as early as October and wake up around MarchCredit: Getty – Contributor

When do hedgehogs leave hibernation?

Hedgehogs tend to stay in hibernation until around March time, but this is dependent on the weather, the location and on the individual hedgehog.

In the UK, hedgehogs typically come out of hibernation between March and May, with the mammals emerging later the further North they go.

Males are usually first to come out of hibernation in March, with females waking up around two weeks to a month later.

The process of becoming active can take up to 12 hours, and a newly emerged hedgehog can seem pretty dozy for a couple of days.

This makes coming out of hibernation a dangerous time of year, as the confused and wobbly hedgehogs are even more likely than usual to stumble into trouble.

They are weak after losing around 25% of their body weight, which makes them in urgent need of sustenance, vulnerable to predators and more likely to fall into or get tangled up in things.

People are encouraged to look out for hedgehogs during this time of year, as if you see a hedgehog during the day it’s probably poorly and in need of care.