SCIENTISTS have proposed the existence of a FIFTH dimension that brings together the cosmic realms of light and dark.

In newly published research, the German and Spanish team put forward an explanation for dark matter – the mysterious, invisible material that makes up more than a quarter of the known universe. 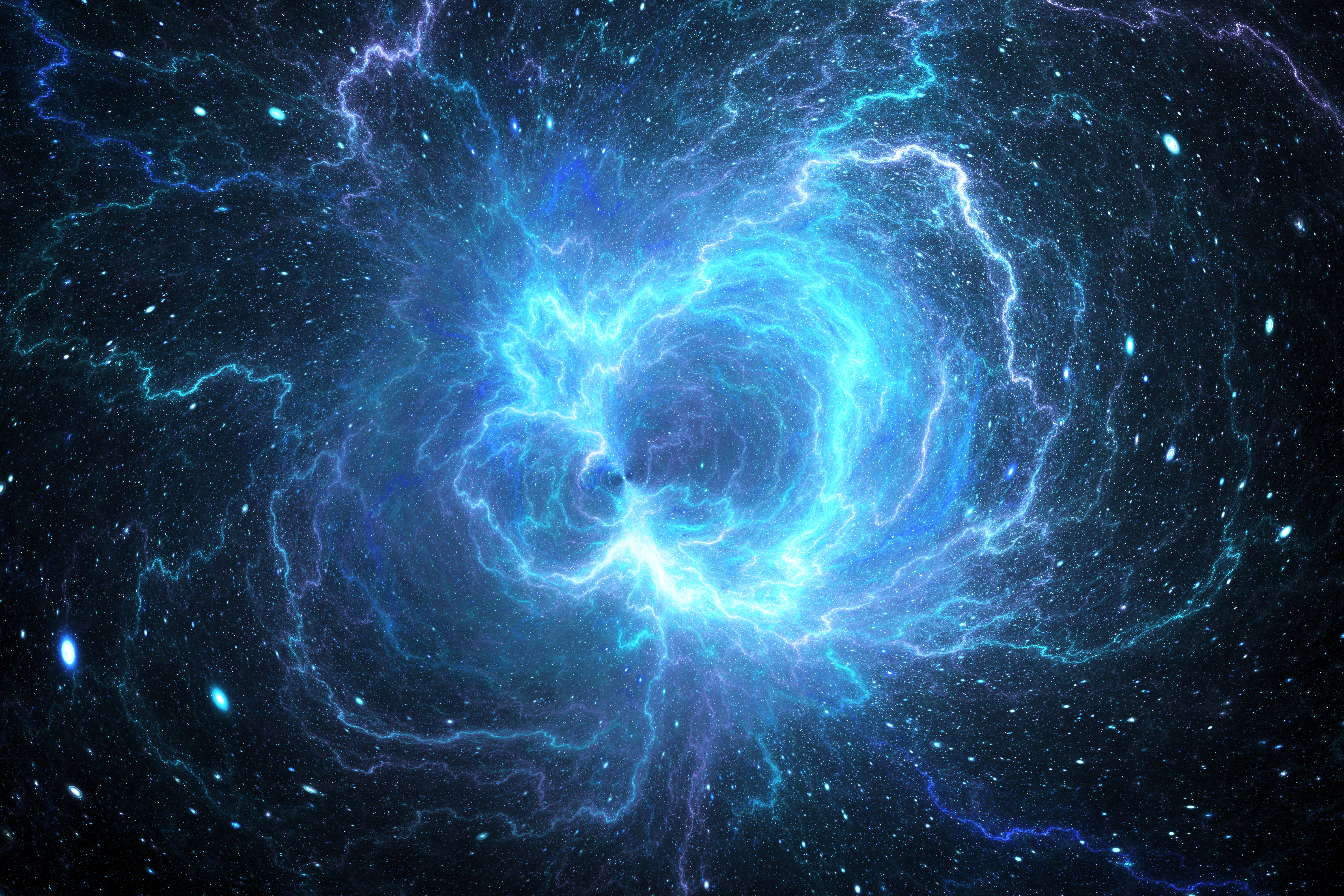 Scientists have proposed the existence of a FIFTH dimensionCredit: Getty Images – Getty

Their theory relies on the existence of a hypothetical particle that, if real, would be able to traverse into their newly proposed dimension, Motherboard reports.

It could finally shed light on one of the the biggest conundrums to have stumped the scientific community in the past century.

Our understanding of the universe relies upon the existence of dark matter, which accounts for the unexplained motions of stars within galaxies.

However, because it does not absorb or reflect light, it is invisible, meaning scientists have never observed it. 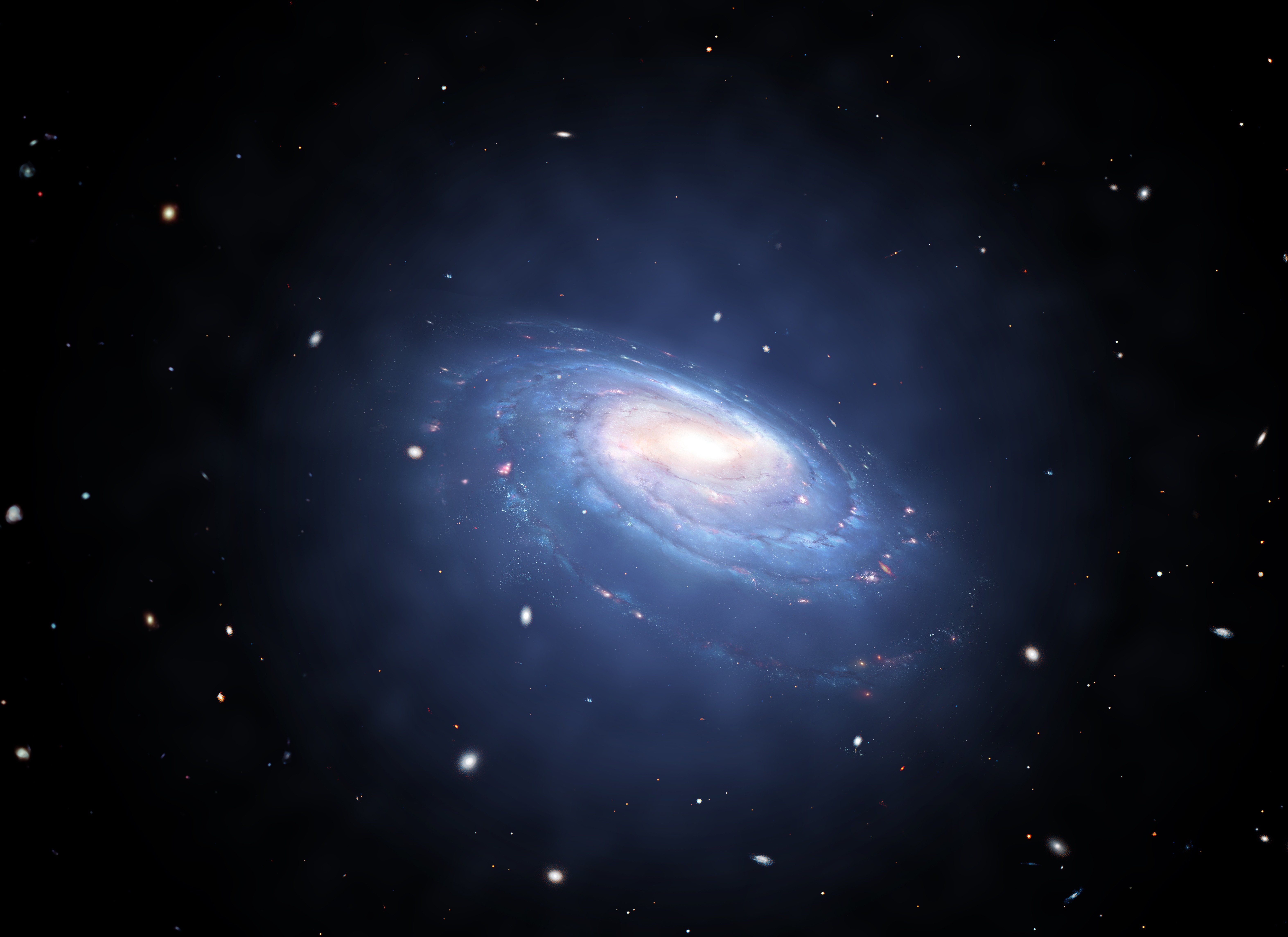 The finding could drastically alter our understanding of the known universeCredit: Getty Images – Getty

That means everything we know about reality is based upon the assumption that dark matter exists, rather than any concrete evidence.

In a fresh attempt to prove once and for all that the elusive substance is real, scientists at Johannes Gutenberg University Mainz and the University of Granada have proposed a new theoretical subatomic particle.

This particle, which has yet to be discovered, binds dark matter to the visible matter that makes up most of the universe, they suggest.

To do this, it crosses from the four known dimensions of the universe – three-dimensional space plus time – into a hypothetical, fifth dimension.

“If this heavy particle exists, it would necessarily connect the visible matter that we know and that we have studied in detail with the constituents of the dark matter,” a member of the team told Motherboard.

That added that the theory assumes “that dark matter is composed out of fundamental fermions” –a type of subatomic particle which “lives” in the extra dimension.

The scientists explained that the particle would likely act similarly to and interact with the Higgs boson, a fundamental particle responsible for the existence of mass.

Dark matter: The invisible material that makes up 27% of the universe

Dark matter is a material that scientists believe makes up almost a third of the known universe.

It has never been observed by scientists because it reflects no light, making it invisible.

Astronomers only know it exists because of its effects on other objects, such as the gravitational pull of galaxies.

According to the European Space Agency: ‘Shine a torch in a completely dark room, and you will see only what the torch illuminates.

‘That does not mean that the room around you does not exist.

‘Similarly we know dark matter exists but have never observed it directly.’

Dark matter is thought to hold galaxies together, stopping the rapidly spinning objects from being torn apart by their own gravity.

It is closely linked to dark energy, another hypothetical substance, which is thought to make up 68% of the known universe.

Together, that means 95% of the universe is made up of dark energy or dark matter – meaning all but 5% of the cosmos cannot be explained by modern physics.

Unfortunately – unlike the Higgs boson – it would be too heavy to be detectable by an particle accelerator that exists today.

Assuming the particle and the fifth dimension it navigates both exist, however, it “represents a unique window” into dark matter, the researchers wrote in their paper.

Without a way to test the theory, there’s no way of knowing whether the finding is the breakthrough-to-end-all-breakthroughs, or a load of rubbish.

The scientists told Motherboard that they hoped other experts would keep their model in mind when researching particle physics.

“This could also eventually lead to an interesting cosmological history of the universe,” they said.

“This is an interesting line of research, which we plan to follow in the months ahead.”

The research was published last month in The European Physical Journal C.

In other news, scientists have used a mega-telescope to create a Google Maps of the universe.

A supersonic 990mph Nasa X-plane as quiet as the “thump of a car door” is nearly ready.

And, Nasa recently revealed a surreal photo of Earth taken from 4billion miles away.

What do you make of this mind-bending find? Let us know in the comments!