COOL concept plans have revealed what the first city on Mars could look like.

With Nasa currently exploring the Red Planet and Elon Musk hoping to send millions of humans there, architecture studio ABIBOO has released a video of what Mars life may be like. 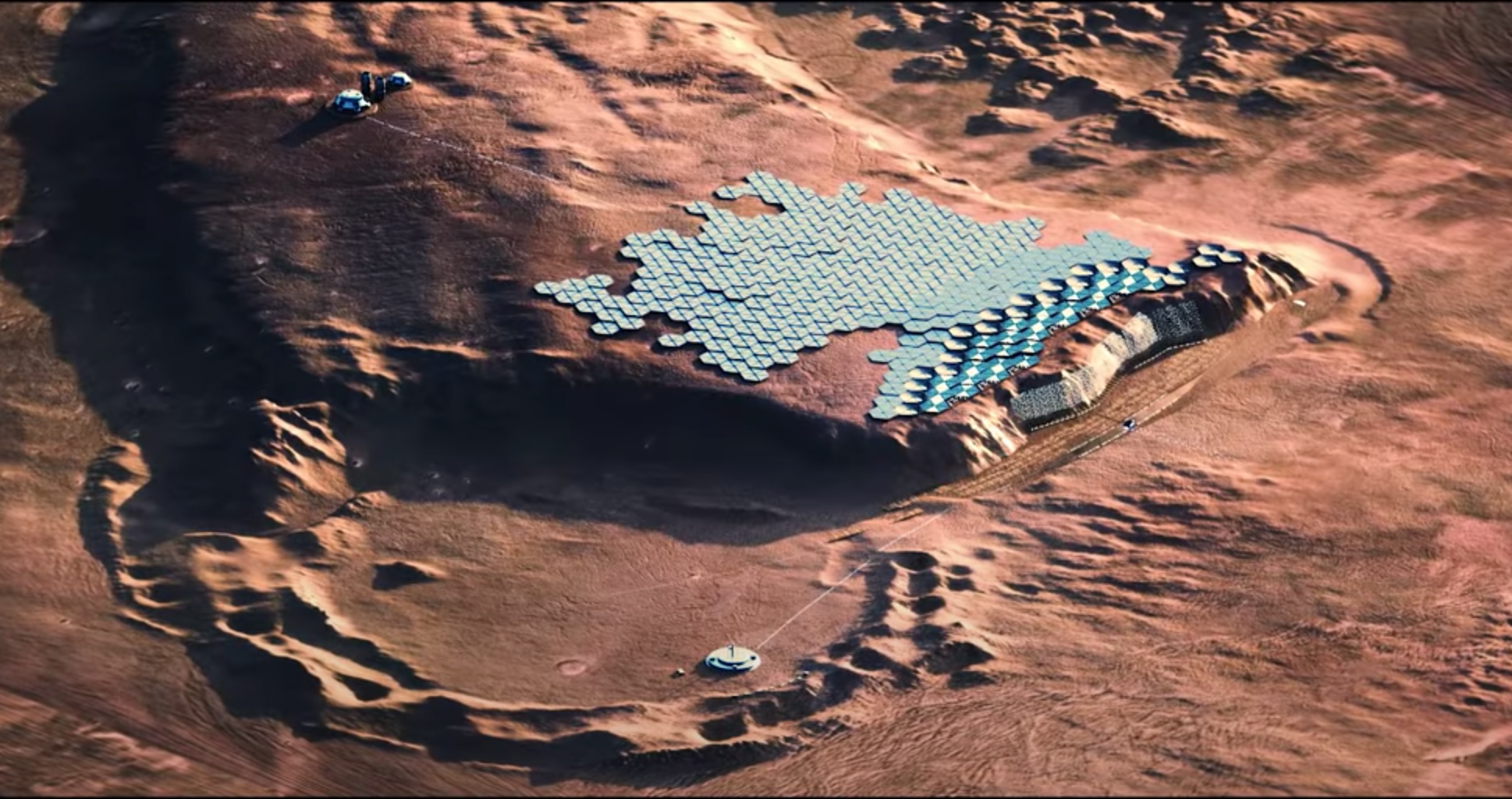 The architects have designed the city for a region on Mars called Tempe Mensa.

The ABIBOO website explains: “The city of Nüwa is on the slope of one of the Martian cliffs with abundant water access, located at Tempe Mensa.

“A steep terrain offers the opportunity to create a vertical city inserted into the rock, protected from radiation and meteorites while having access to indirect sunlight.”

It adds: “Sustainability, but especially self-sustainable development is at the core of the Nüwa design.

The city would be built into a cliffCredit: ABIBOO / YouTube

The designers worked with scientists to try and make realistic plansCredit: ABIBOO / YouTube

“For being self-sustainable, a settlement on Mars needs to be able to obtain all resources locally.

“After a short initial phase relying on capital investments and supplies from Earth, the system should be able to sustain its growth with local resources only.”

The creators worked with scientists to work out what humans would need to survive on the planet.

ABIBOO founder Alfredo Muñoz told Euronews.com: “We think it is doable from the technical aspects. [What takes time] is more about ensuring that there is enough will and associations in the international community.”

People will have to live inside protective homes to escape solar radiationCredit: ABIBOO / YouTube

He thinks construction of the Martian city could begin in 2054.

It may be finished by 2100 and then that’s when the first human occupants could arrive and live permanently.

Humans will need to live in protective homes on the planet because of the radiation, cold temperatures and lack of oxygen.

Some people think the planet could be terraformed so the atmosphere and environment is more Earth-like.

Terraforming would mean creating the right environment outside the domes so plants could grow just like on Earth and there would be an oxygen supply.

To do this people would need to cause great atmospheric and environmental change, potentially with nuclear explosions.

However, a number of studies have concluded that terraforming the entire planet of Mars and changing its atmosphere may not be possible even if all the ice caps were melted to release CO2.

In other space news, a star has just gone into supernova and there’s a chance you’ll be able to see the explosion in the night sky.

And, Nasa has released historic audio recordings captured on the surface of Mars.

Would you like to live in a Mars city? Let us know in the comments…

Music venues after a year of lockdown: “We’re not safe yet – we’re on the edge”