A NEW image of a black hole has been unveiled, revealing the vortex of magnetic chaos surrounding it.

The snap released by scientists this week gives a closer look at how the supermassive M87 black hole interacts with the matter surrounding it. 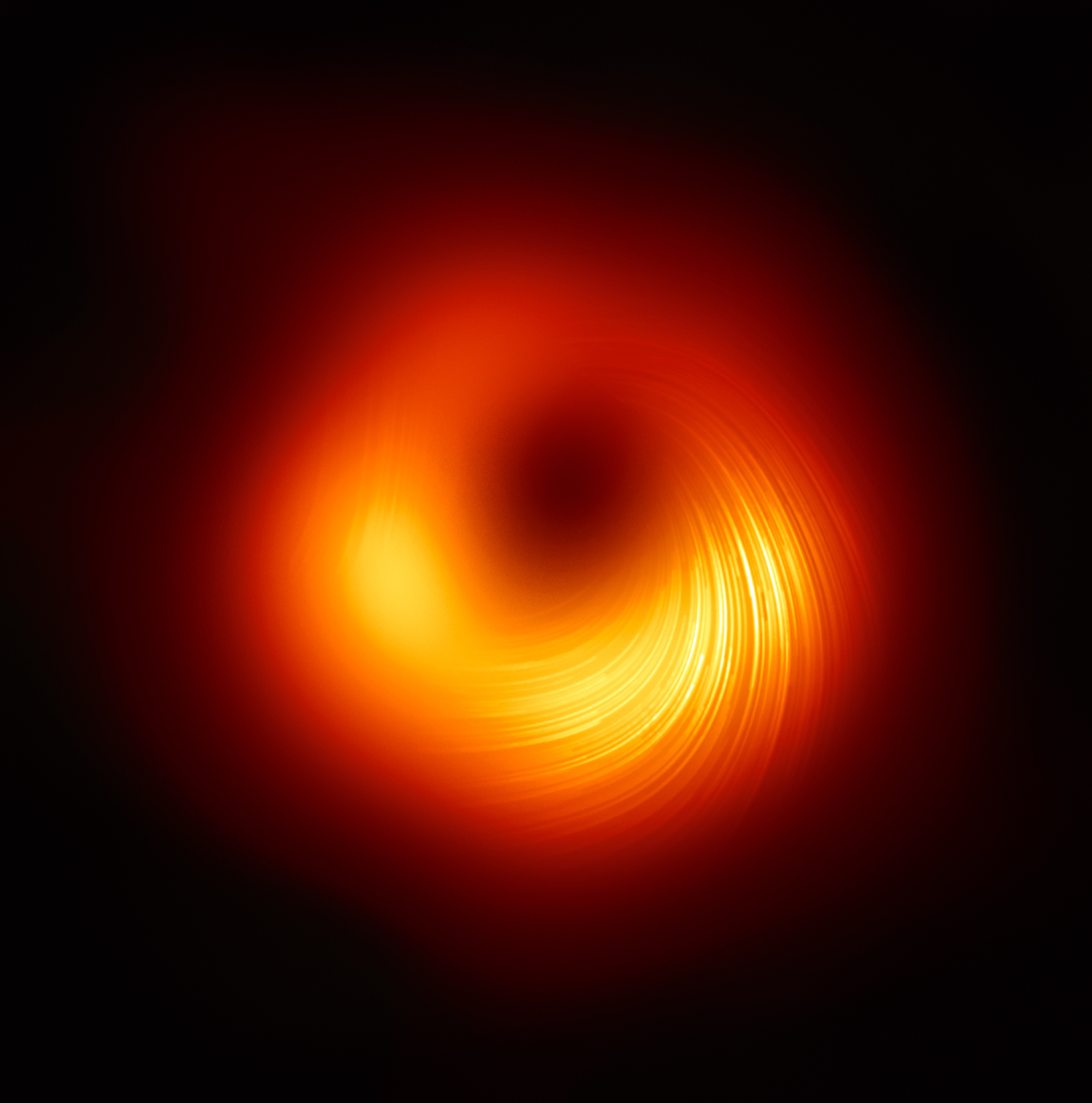 It’s the sharpest image yet of the cosmic monster, which lies at the centre of the M87 galaxy some 55million light years from Earth.

The Event Horizon Telescope (EHT) team released the first image of a black hole in 2019, revealing a bright ring-like structure with a dark central region described as the black hole’s shadow.

Researchers observed images of magnetic fields at the black hole’s edge, where some matter falls in.

Meanwhile, other matter is being blown into space in the form of bright, powerful jets that extend at least 5,000 light years away, beyond the galaxy in which the black hole resides. 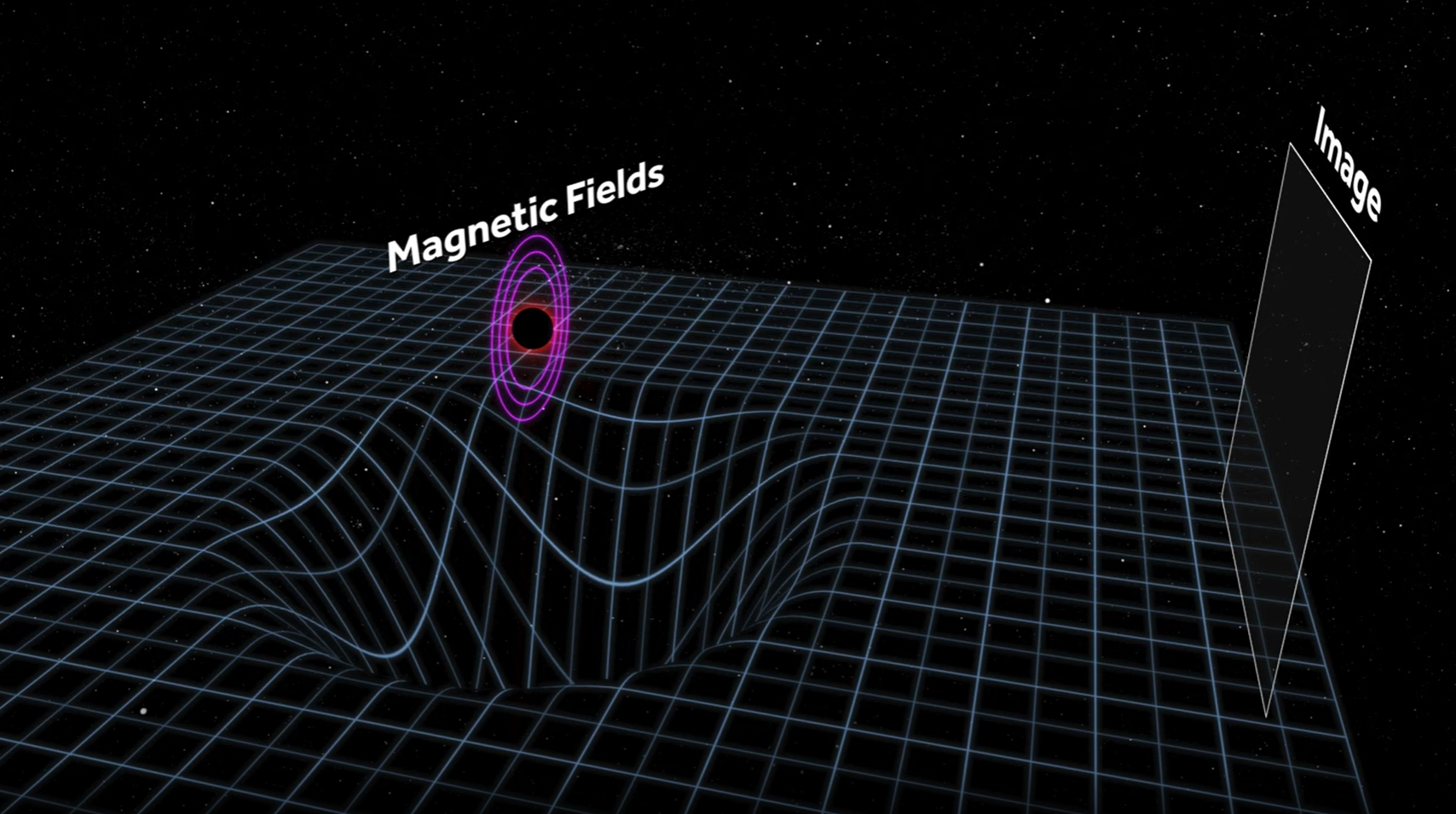 Magnetic fields within the plasma surrounding a black hole were used to snap the imageCredit: EHET 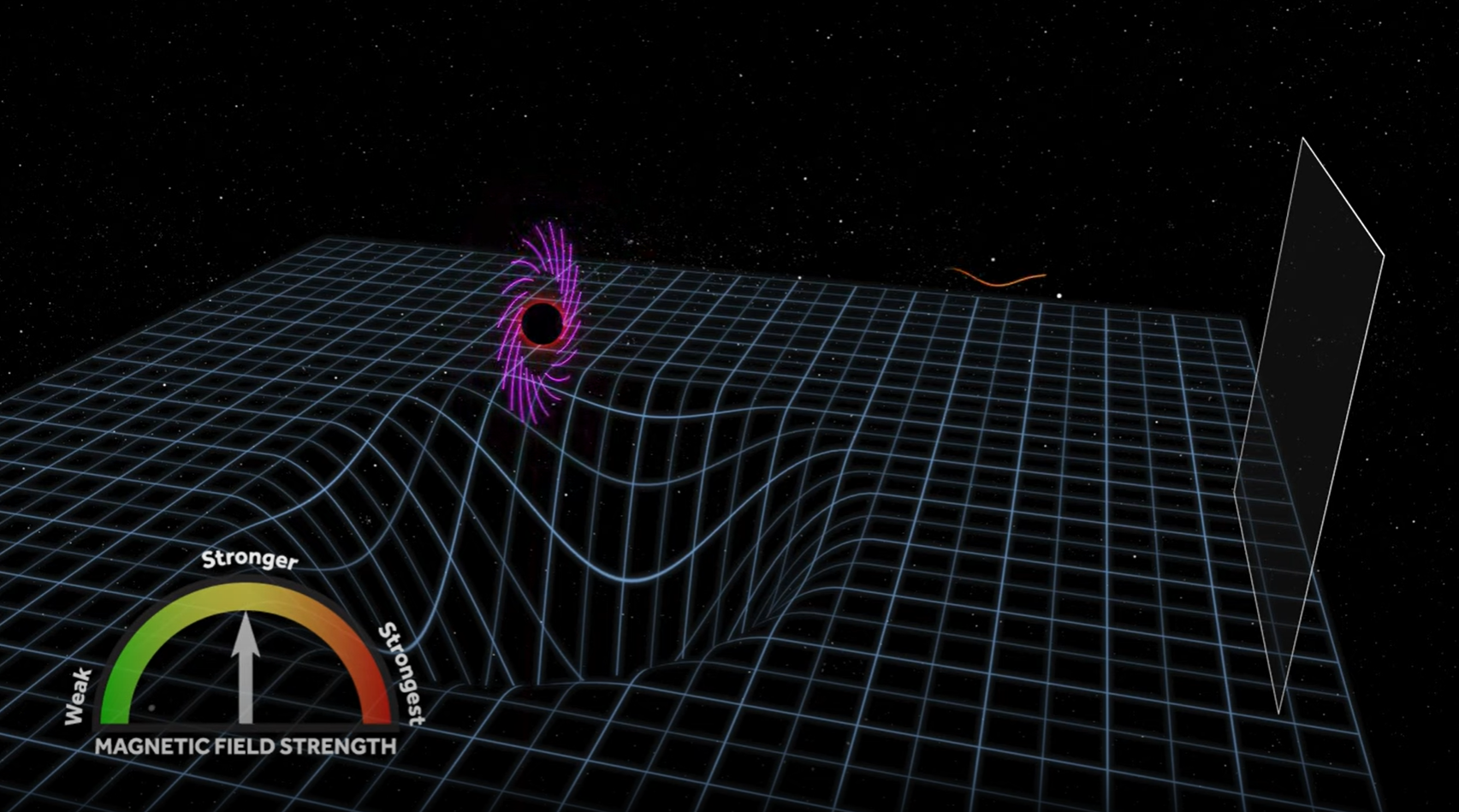 If the fields are strong, the plasma drags them into a spiral patternCredit: ehet

Using the same data as for their first image, the collaboration with University College London (UCL) analysed polarised light around the black hole – light whose waves are vibrating in one direction only.

The light becomes polarised when it is emitted in hot regions of space that are magnetised.

By looking at how it has become polarised, astronomers can learn about the material that produced it.

The new evidence brings researchers a step closer to understanding how these mysterious jets are produced, and how magnetic fields appear to act to keep hot gas out of the black hole, helping it resist gravity’s pull. 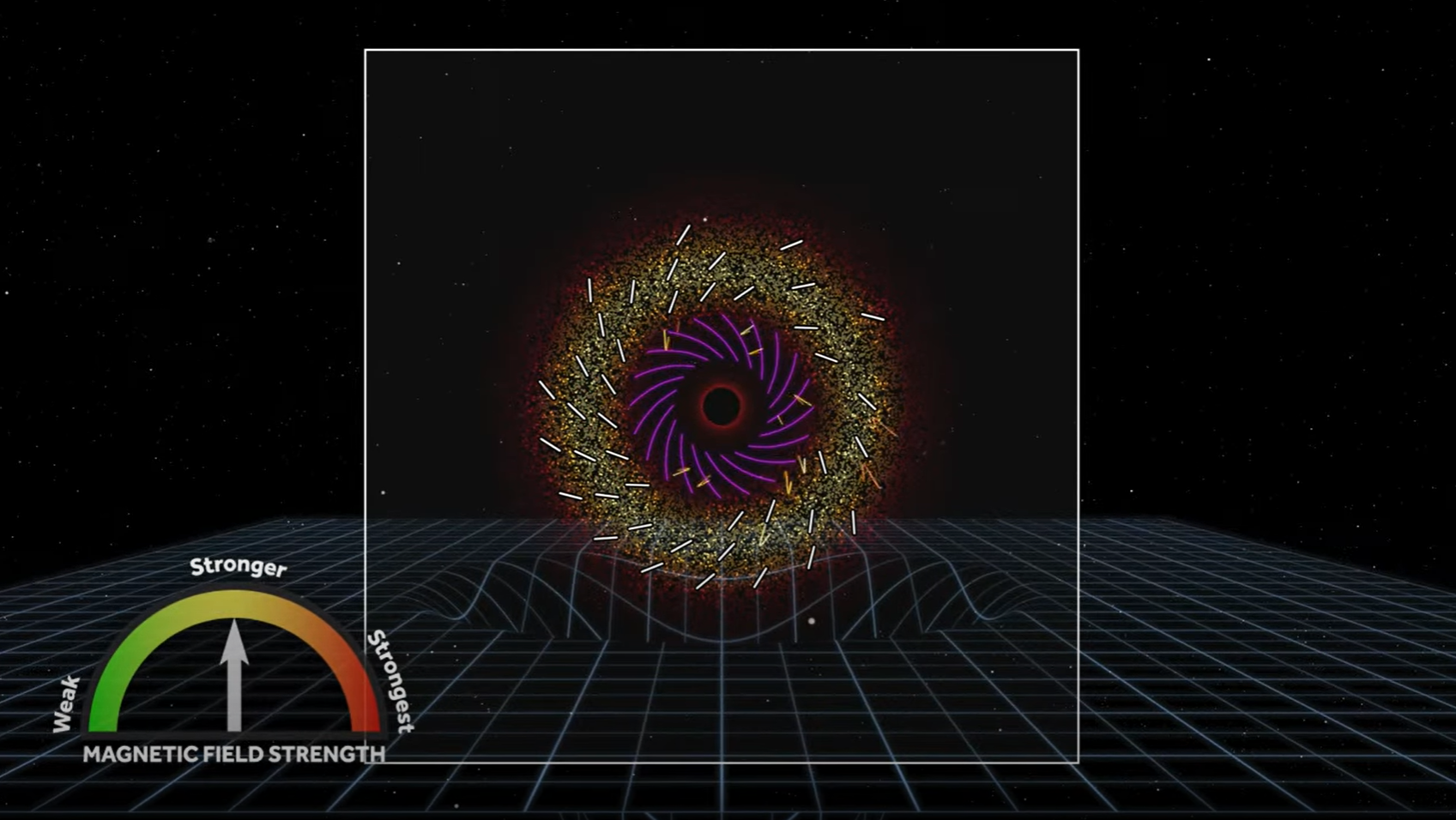 This spiral pattern can be picked up by telescopesCredit: EHET 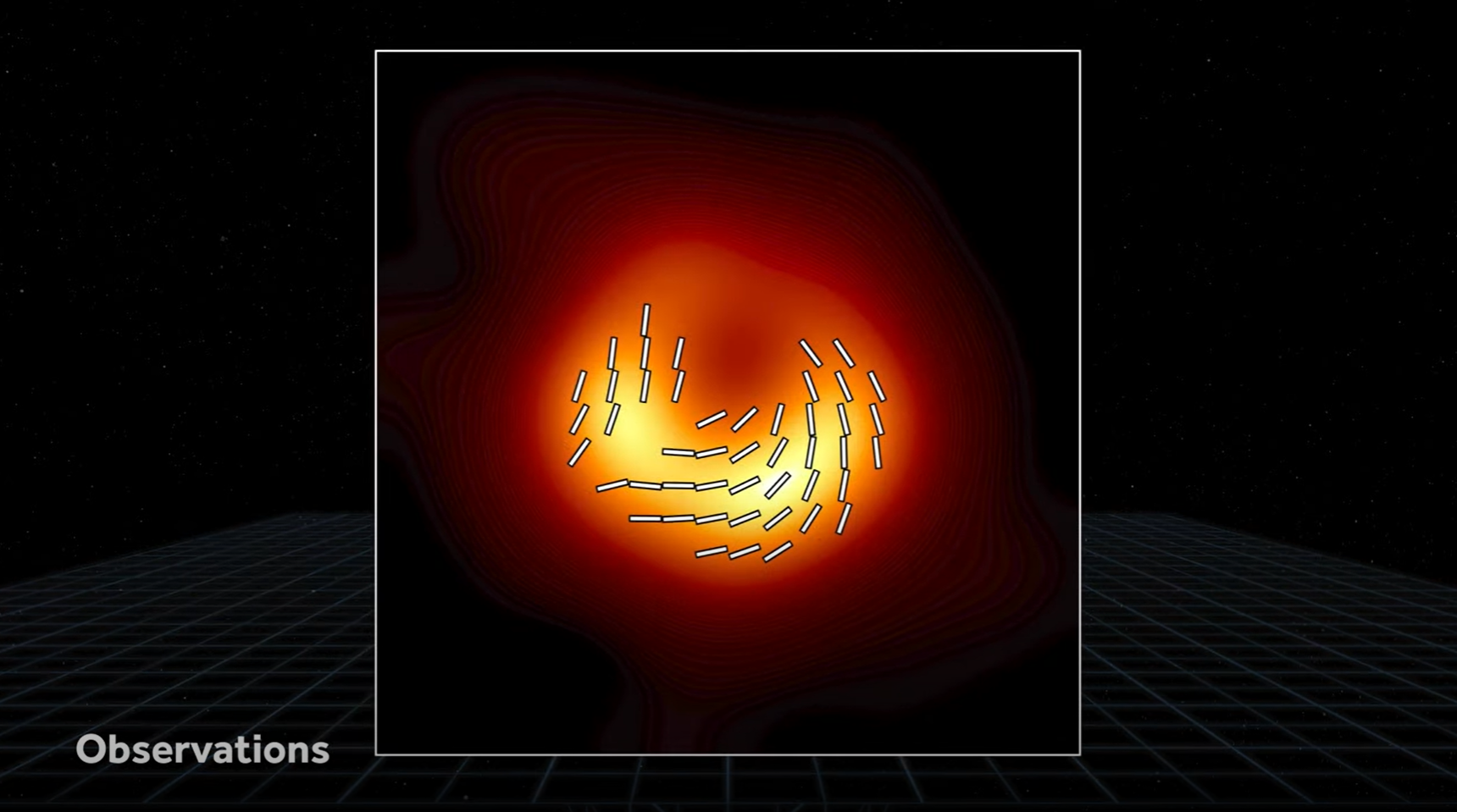 Scientists used these readings to construct an image of what the black hole might look likeCredit: ehet

Co-author and UCL astronomer Dr Ziri Younsi said: “These ground-breaking measurements provide us with exciting new insights into the physical processes by which black holes feed on matter, and how they are able to power such prodigious relativistic outflows as astrophysical jets.

“In particular, they hint at the role played by magnetic fields in these processes.”

Dr Jason Dexter, of the University of Colorado, Boulder, US, said: “The observations suggest that the magnetic fields at the black hole’s edge are strong enough to push back on the hot gas and help it resist gravity’s pull.

“Only the gas that slips through the field can spiral inwards to the event horizon.” 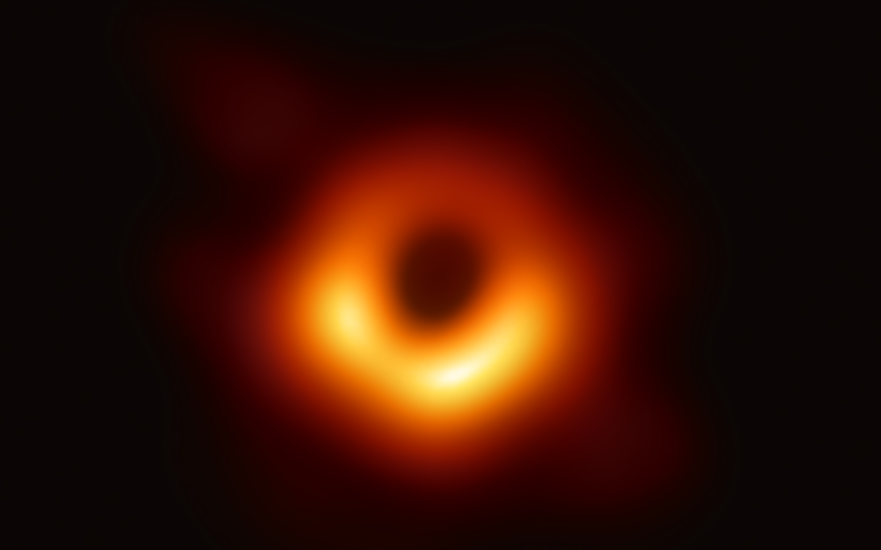 Scientists released the first ever picture of a black hole in April 2019Credit: EHT Collaboration

The EHT is an international collaboration set up to image a black hole by linking eight ground-based radio telescopes globally to make an Earth-sized virtual telescope with unprecedented sensitivity and resolution.

The resolution is sharp enough to measure an orange on the Moon from Earth.

The black hole in the image is located in a galaxy called Messier 87, or M87. It has a mass 6.5billion times that of the Sun.

The bright jets of energy and matter produced by a black hole are one of the galaxy’s most mysterious features.

What is a black hole? The key facts

What is a black hole?

What is an event horizon?

What is a singularity?

Most matter close to the edge of a black hole falls in, but some of the surrounding particles escape moments before capture.

They’re then blown far out into space in the form of jets.

Astronomers have relied on different models of how matter behaves near the black hole to better understand this process.

But they still do not know exactly how jets larger than the galaxy are launched from its central region, which is as small in size as the Solar System, nor how exactly matter falls into the black hole. 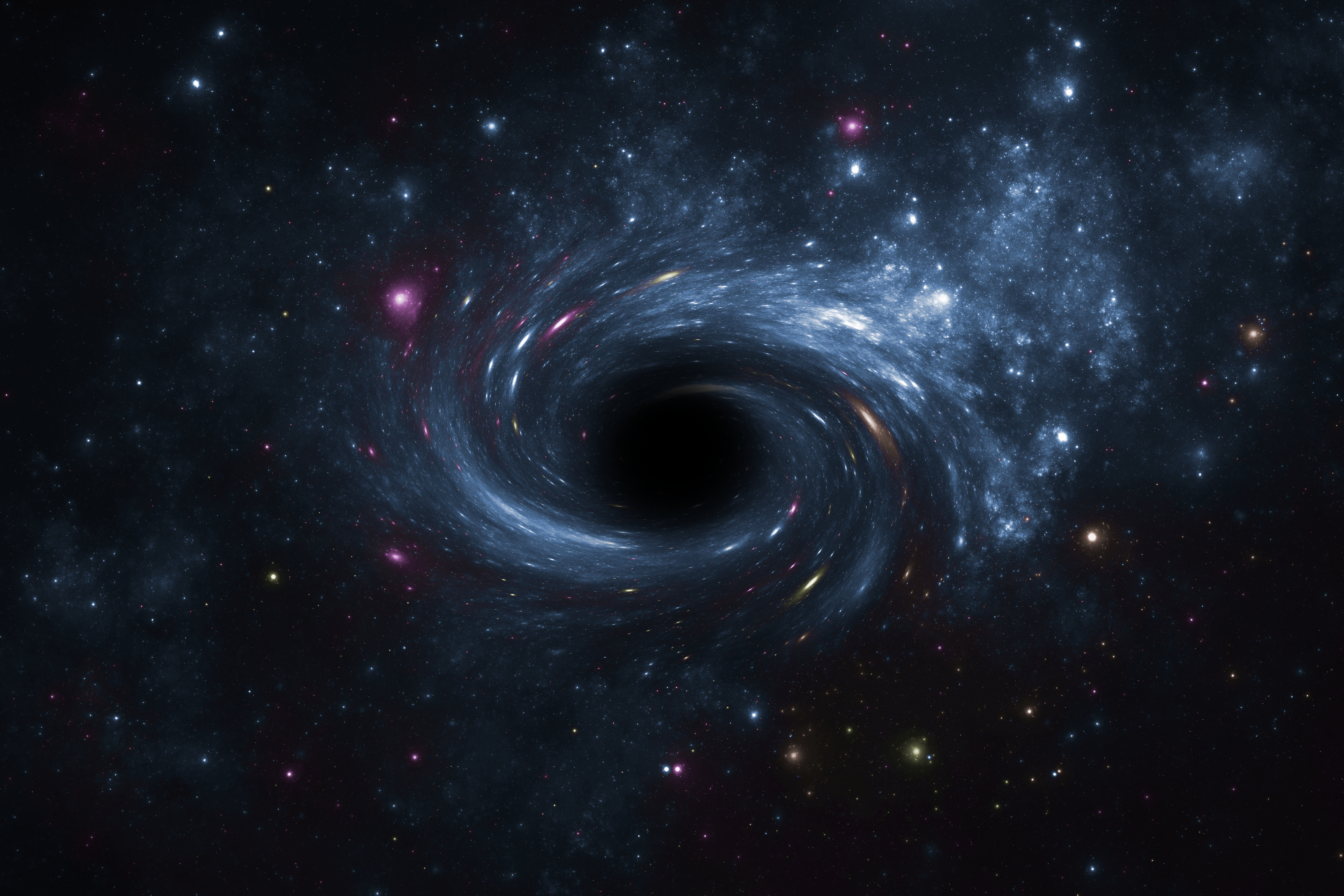 Most matter close to the edge of a black hole falls in, but some of the surrounding particles escape moments before capture and are blown far out into space in the form of jetsCredit: Getty

Researchers say the observations provide new information about the structure of the magnetic fields just outside the black hole.

They found that only theoretical models featuring strongly magnetised gas can explain what they are seeing at the event horizon.

The new observations are described in two papers published in The Astrophysical Journal Letters.

In other news, a supermassive black hole which was thought to be in the middle of a distant galaxy has gone missing.

Stunning new images of the largest canyon in our Solar System have been taken by a Nasa probe on Mars.

What do you make of the black hole snap? Let us know in the comments!