A SHRINE to an ancient knife-wielding spider god has been discovered in Peru.

Experts think the giant mural was worshipped for rain and fertility purposes 3,200 years ago. 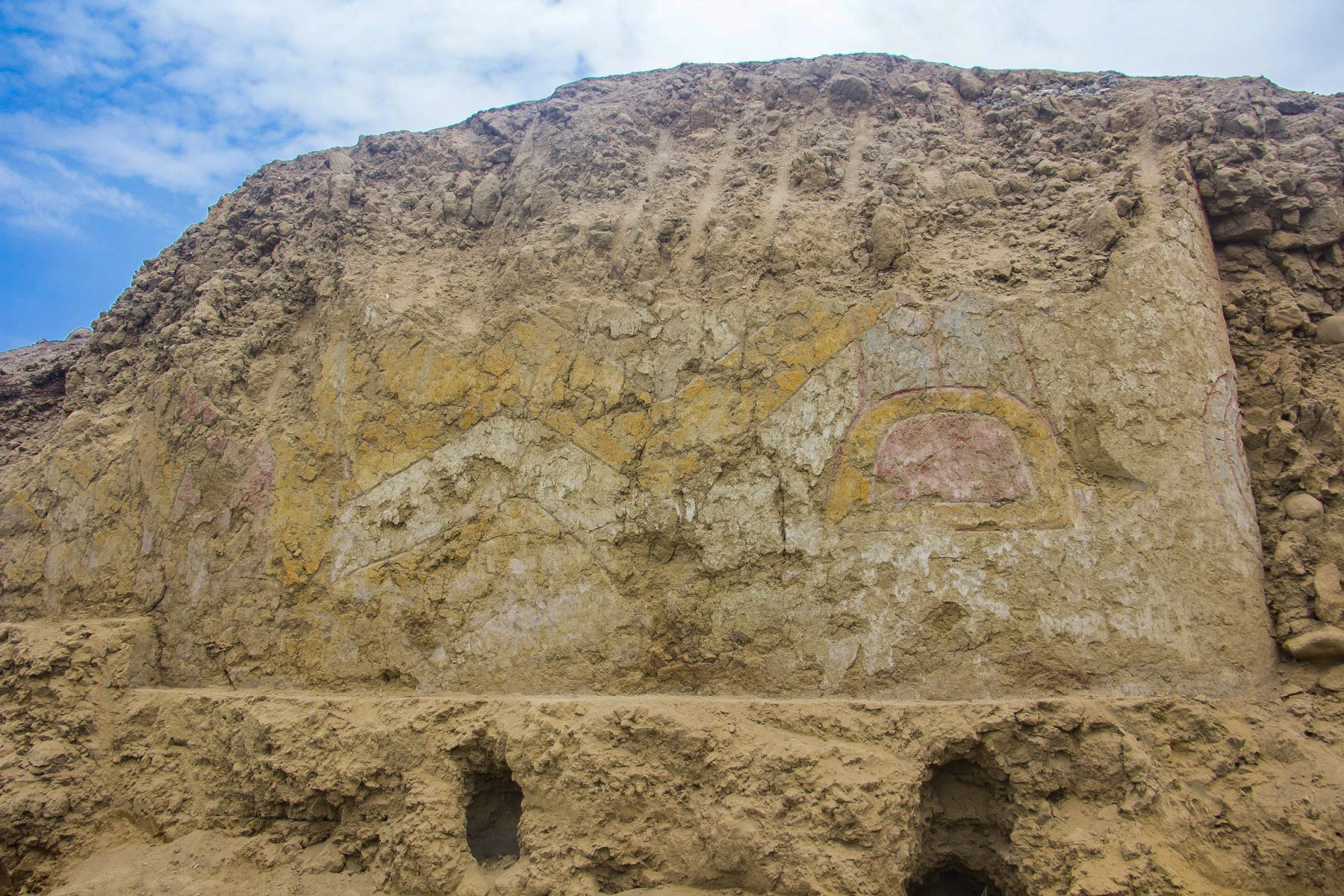 The shrine is said to show a spider god 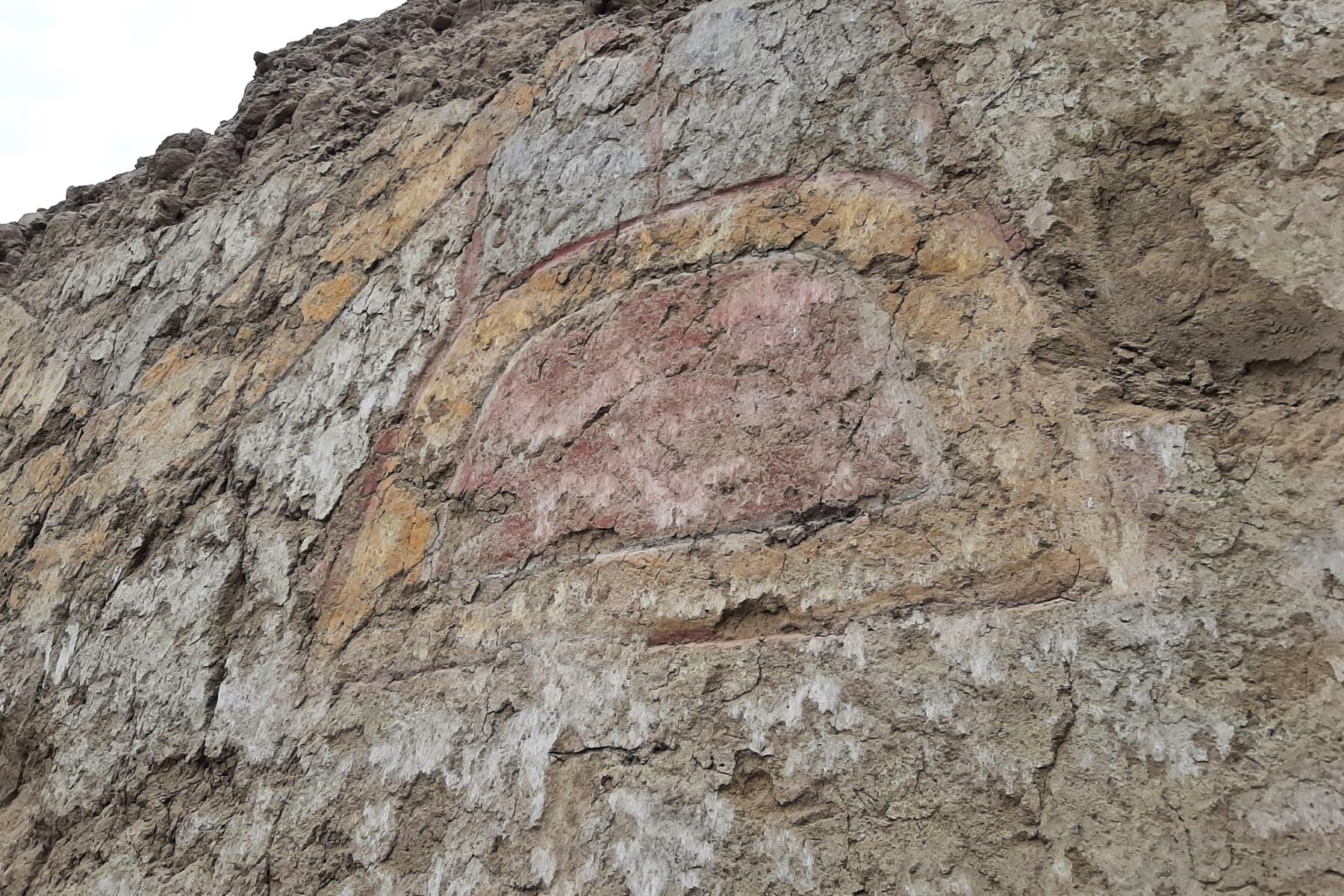 It’s been accidentally damaged by diggers

A colourful drawing of the mysterious god was found etched into a rock at a site believed to be an ancient temple.

Most of the mural was destroyed by local farmers who were trying to expand their farming area.

The locals found the shrine while digging with large machines from their sugar and avocado plantations. 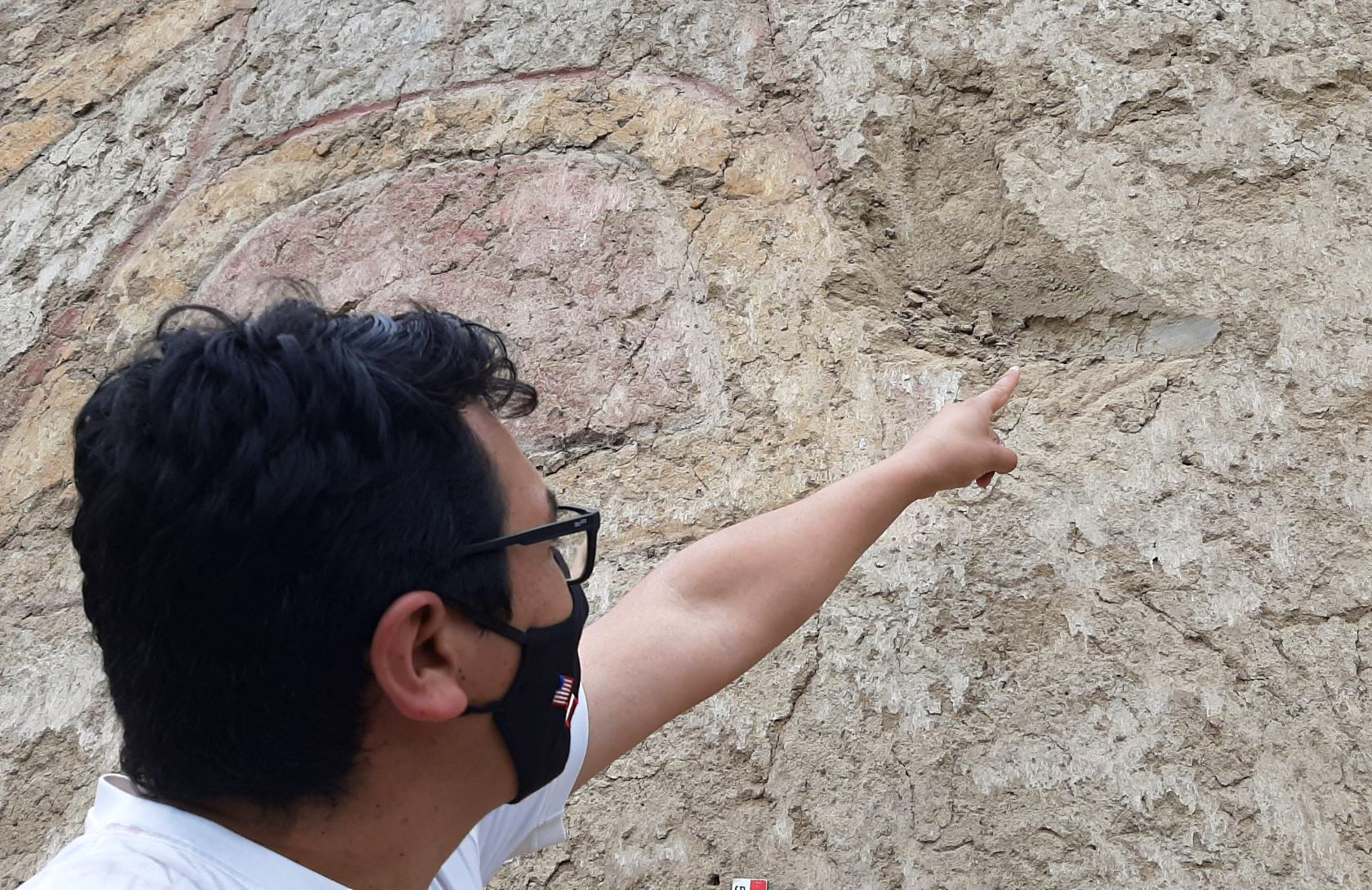 The surviving part of the temple is 50 foot by 20 foot and features the damaged ‘spider god’ drawing.

A group called the Cupisnique people are thought to have designed the mural thousands of years ago when they lived in the valley of Viru in Lambayeque, Peru. 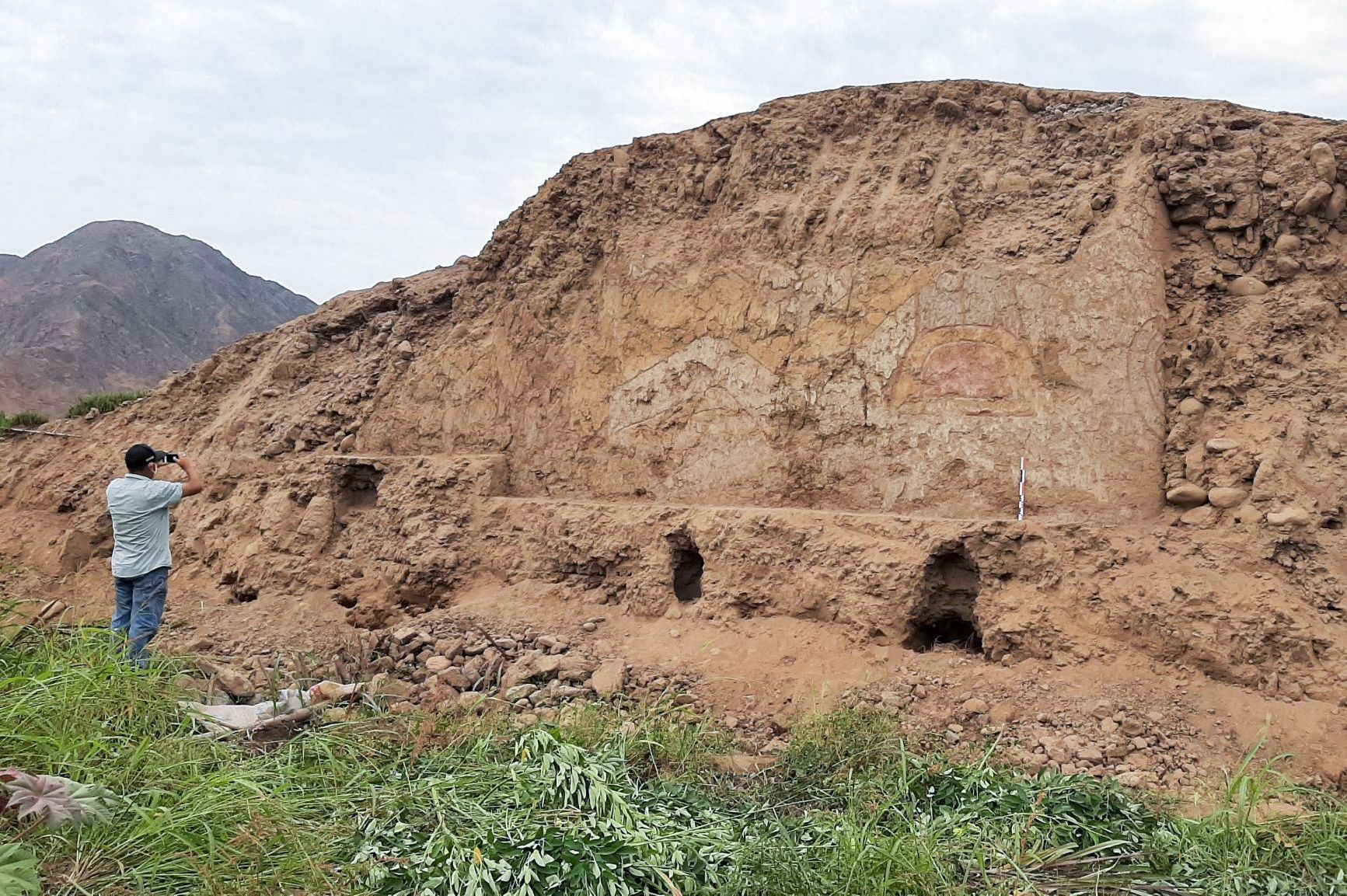 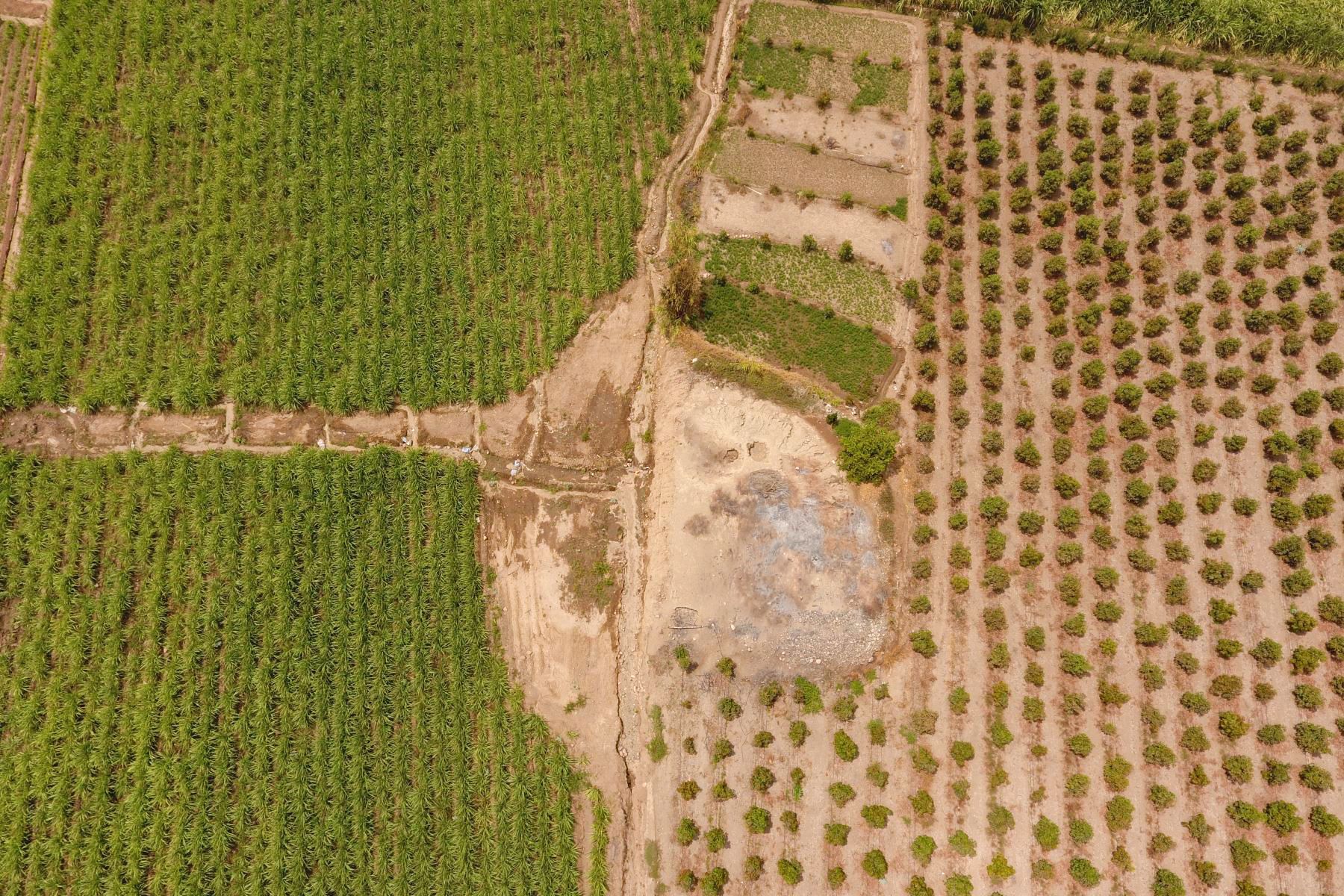 Farmers found the mural while trying to extend their plantations

The ancient people would have used pigments like ochre to create the spider design.

The temple may have been used as a burial site and a place to worship water deities as it was next to a river.

Archaeologist Regulo Franco Jordan told Peru’s La República newspaper: “What we have here is a shrine that would have been a ceremonial centre thousands of years ago.

“The spider on the shrine is associated with water and was an incredibly important animal in pre-Hispanic cultures, which lived according to a ceremonial calendar.

“It’s likely that there was a special, sacred water ceremony held between January and March when the rains came down from the higher areas.”

The shrine is now registered as a protected monument and shouldn’t be subjected to any more damage.

In other archaeology news, a 17th-century settlement built by some of the first English people to arrive in America may have finally been found.

New Dead Sea Scroll fragments have been discovered in what researchers call the ‘Cave of Horror’.

And, rare 16th century armour stolen from the most famous museum in Paris has finally been found 38 years later.

What do you think of the ‘spider god’? Let us know in the comments…

Roku Streaming Stick+ is £15 OFF for one day only