SCIENTISTS may have to rewrite our grasp of how the universe works after they unearthed evidence of a FIFTH force of nature.

Preliminary results from two experiments suggest something could be wrong with our understanding of tiny, fundamental particles. 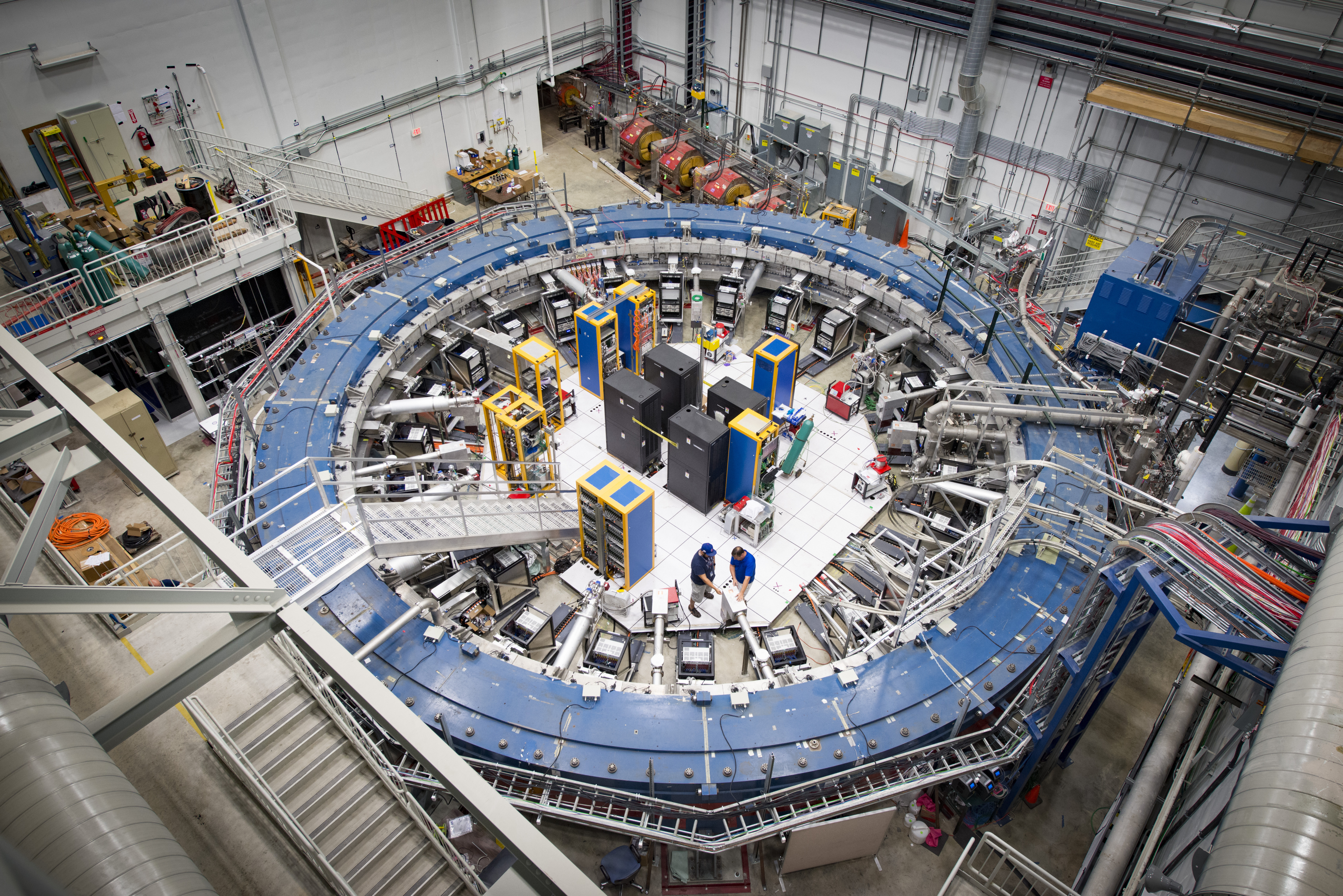 The prospect that has the field of particle physics both baffled and thrilled.

Subatomic particles called muons aren’t quite doing what is expected of them in two long-running experiments in the United States and Europe.

The confounding results if proven right reveal major problems with the rulebook physicists use to describe and understand how the universe works at the subatomic level.

“We think we might be swimming in a sea of background particles all the time that just haven’t been directly discovered,” Fermilab experiment co-chief scientist Chris Polly said in a press conference. 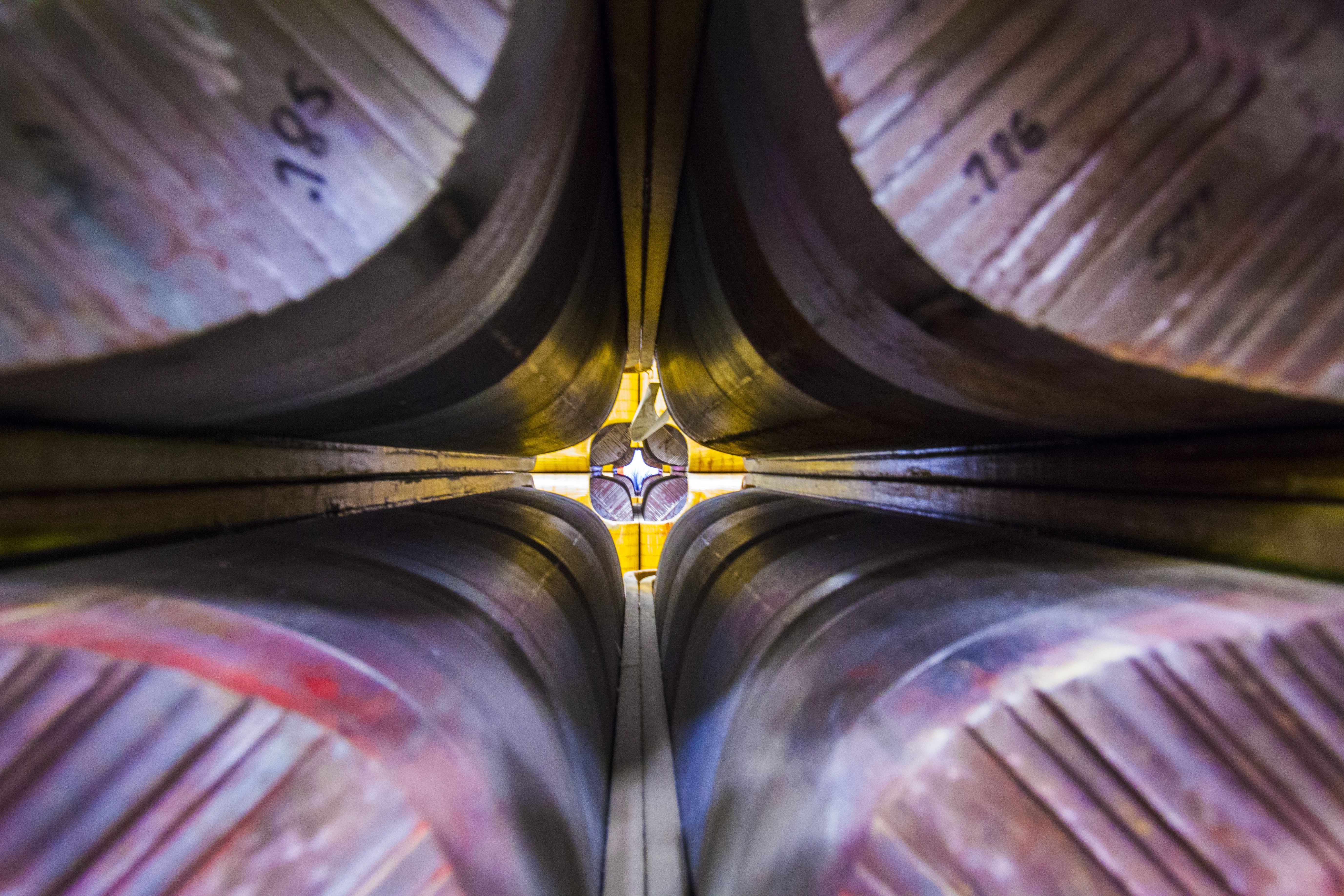 The Muon g-2 particle storage ring at Fermilab in Batavia, Ill. Evidence is mounting that a tiny subatomic particle called a muon is disobeying the laws of physicsCredit: Eyevine

“There might be monsters we haven’t yet imagined that are emerging from the vacuum interacting with our muons and this gives us a window into seeing them.”

The rulebook, called the Standard Model, was developed about 50 years ago.

Experiments performed over decades affirmed over and again that its descriptions of the particles and the forces that make up and govern the universe were pretty much on the mark. Until now.

The United States Energy Department’s Fermilab announced results Wednesday of 8.2 billion races along a track outside Chicago that while ho-hum to most people have physicists astir.

The muons’ magnetic fields don’t seem to be what the Standard Model says they should be.

This follows new results published last month from the European Center for Nuclear Research’s Large Hadron Collider that found a surprising proportion of particles in the aftermath of high-speed collisions.

If confirmed, the US results would be the biggest finding in the bizarre world of subatomic particles in nearly 10 years, since the discovery of the Higgs boson, often called the God particle, said Aida El-Khadra of the University of Illinois, who works on theoretical physics for the Fermilab experiment. 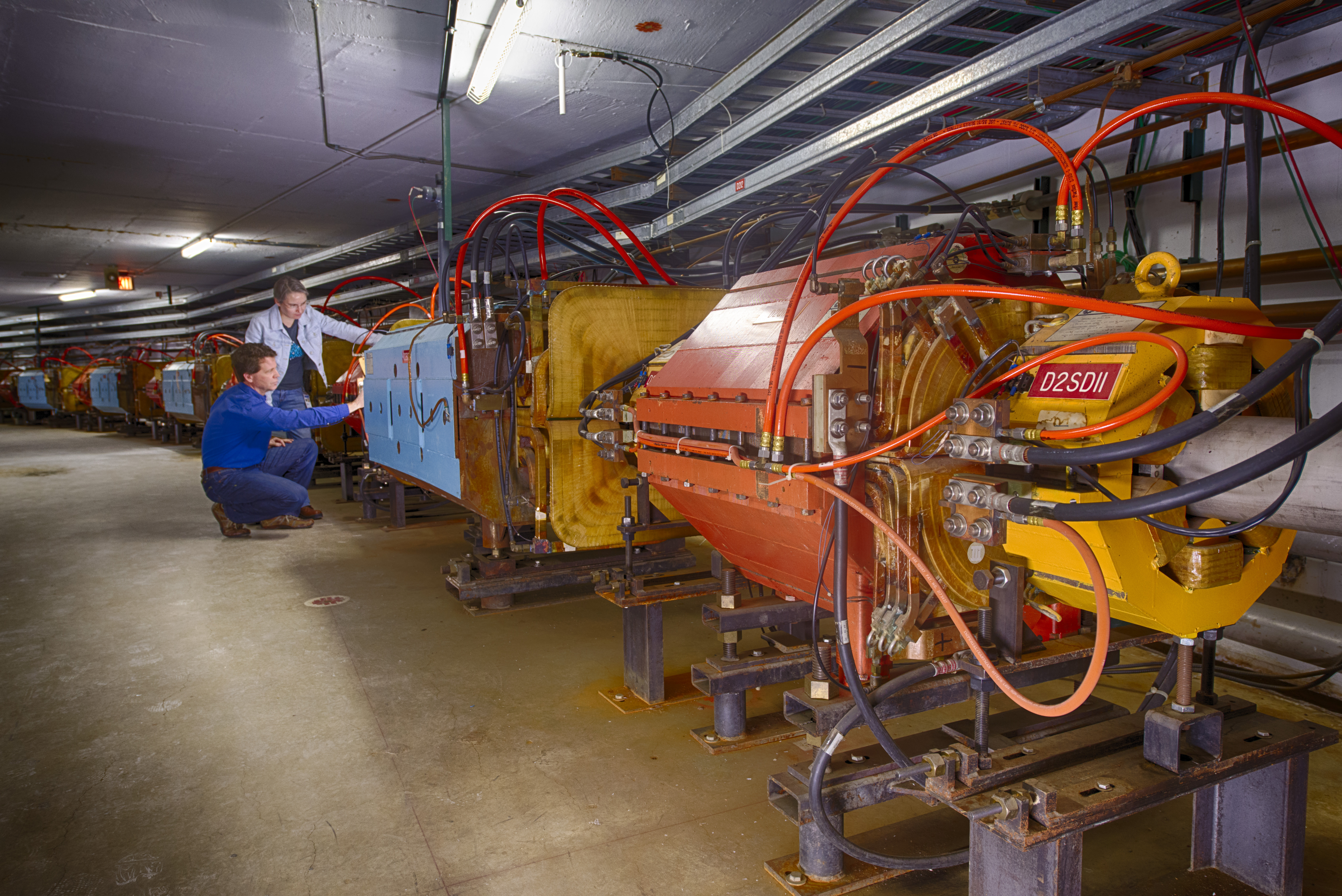 An inspection of the particle accelerator used for one of two recent experiments into the mysterious behaviour of muonsCredit: Eyevine

“The point of the experiments,” explains Johns Hopkins University theoretical physicist David Kaplan,” is to pull apart particles and find out if there’s something funny going on” with both the particles and the seemingly empty space between them.

The secrets don’t just live in matter. They live in something that seems to fill in all of space and time.

“These are quantum fields,” Kaplan said. “We’re putting energy into the vacuum and seeing what comes out.”

Both sets of results involve the strange, fleeting particle called the muon.

The muon is the heavier cousin to the electron that orbits an atom’s centre.

But the muon is not part of the atom, it is unstable and normally exists for only two microseconds.

After it was discovered in cosmic rays in 1936 it so confounded scientists that a famous physicist asked “Who ordered that?”

“Since the very beginning it was making physicists scratch their heads,” said Graziano Venanzoni, an experimental physicist at an Italian national lab, who is one of the top scientists on the U.S. Fermilab experiment, called Muon g-2. 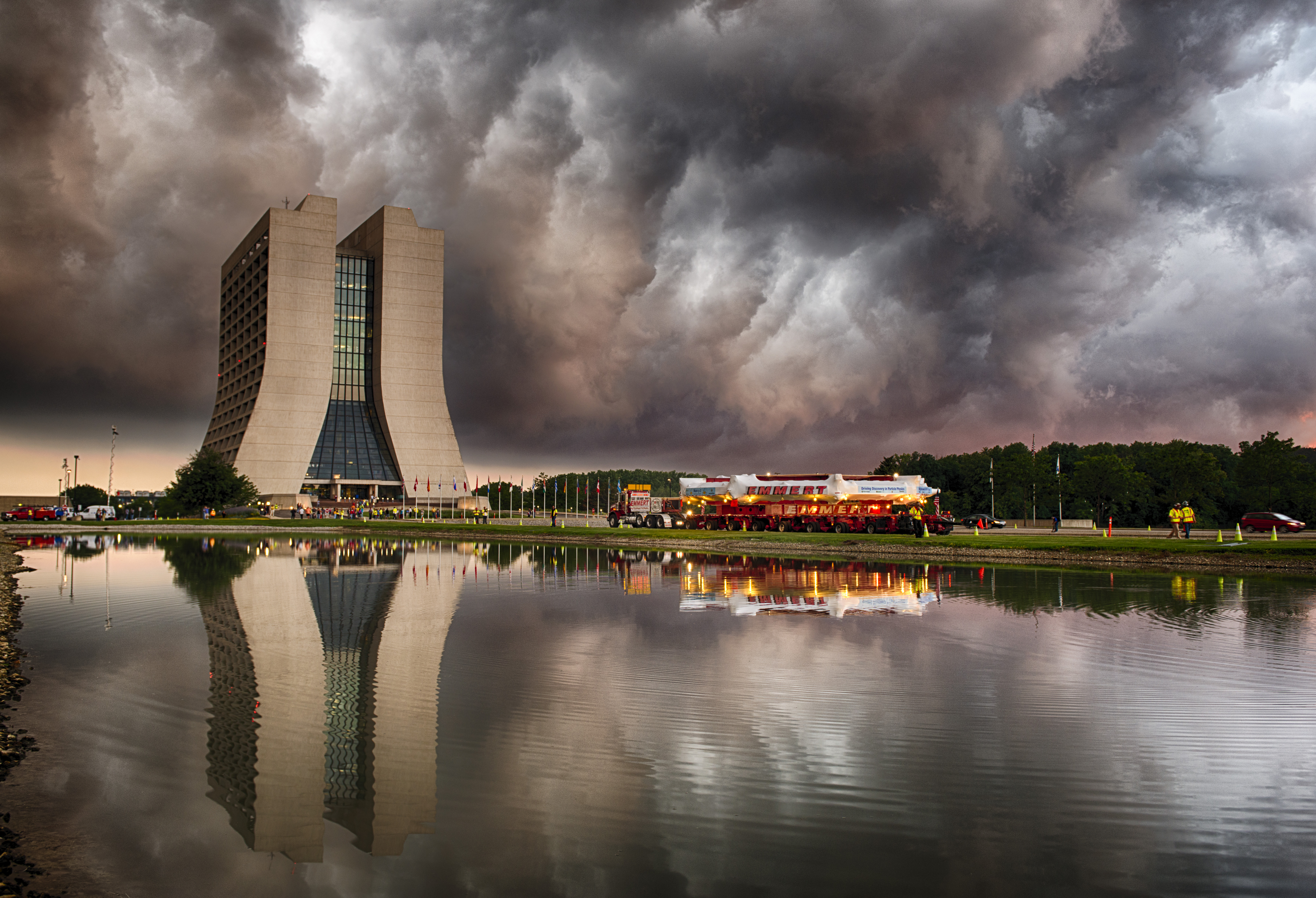 The experiment sends muons around a magnetized track that keeps the particles in existence long enough for researchers to get a closer look at them.

Preliminary results suggest that the magnetic spin of the muons is 0.1 per cent off what the Standard Model predicts.

That may not sound like much, but to particle physicists it is huge more than enough to upend current understanding.

Researchers need another year or two to finish analysing the results of all of the laps around the 50-foot (14-meter) track.

“If the results don’t change, it will count as a major discovery,” Venanzoni said.

Separately, at the world’s largest atom smasher at CERN, physicists have been crashing protons against each other there to see what happens after.

One of the particle colliders’ several separate experiments measures what happens when particles called beauty or bottom quarks collide.

The Standard Model predicts that these beauty quark crashes should result in equal numbers of electrons and muons.

“It’s sort of like flipping a coin 1,000 times and getting about equal numbers of heads and tails,” said Large Hadron Collider beauty experiment chief Chris Parkes.

But that’s not what happened.

Researchers pored over the data from several years and a few thousand crashes and found a 15 per cent difference, with significantly more electrons than muons, said experiment researcher Sheldon Stone of Syracuse University.

Neither experiment is being called an official discovery yet because there is still a tiny chance that the results are statistical quirks.

Running the experiments more times planned in both cases could, in a year or two, reach the incredibly stringent statistical requirements for physics to hail it as a discovery, researchers said.

If the results do hold, they would upend every other calculation made in the world of particle physics, Kaplan said.

“This is not a fudge factor. This is something wrong,” Kaplan said. “That something could be explained by a new particle or force.”

Or these results may be mistakes.

In 2011, a strange finding that a particle called a neutrino seemed to be traveling faster than light threatened the model.

It turned out to be the result of a loose electrical connection problem in the experiment.

“We checked all our cable connections and we’ve done what we can to check our data,” Stone said.

“We’re kind of confident, but you never know.”