When Linda Oyesiku was a child, she skinned her knee on her school’s playground. The school nurse cleaned her up and covered the wound with a peach-tinted bandage. On Oyesiku’s dark skin, the bandage stuck out, so Oyesiku colored it with a brown marker. Years later, Oyesiku, now a medical student at the University of Miami Miller School of Medicine, needed to conceal a wound on her face after undergoing surgery. Well aware that the surgeon’s office was unlikely to have a supply of brown bandages on hand, she came prepared with her own box. Those episodes left her wondering, though: Why were such bandages not more widely available?

The ubiquity of peach or “flesh” colored bandages provides a stark reminder that medicine remains centered on white patients, says Oyesiku, who calls for brown bandages to become mainstream. Brown bandages would symbolize that patients of color no longer represent “deviations from the norm,” she writes in an October commentary in Pediatric Dermatology. 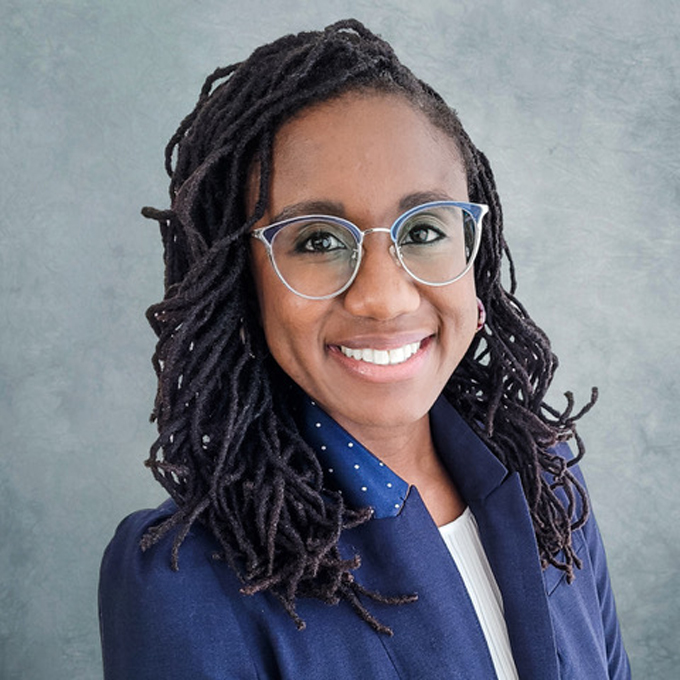 Linda Oyesiku, a medical student at the University of Miami Miller School of Medicine, argues that brown bandages need to become as widely available as their peach-tinted counterparts. Rebecca Tanenbaum

Peach-tinted bandages, invented by pharmaceutical company Johnson & Johnson in the 1920s, have been the standard-bearer for a century. Normalizing peach as the default flesh color has had knock-on effects: The nicotine and birth control adhesive patches that have since appeared on the market are also tinted peach, Oyesiku reports. Over the last several decades, smaller companies have introduced bandages for multiple skin tones, but those remain harder to come by than peach-tinted ones.

The issue goes deeper than a bandage, Oyesiku says. Treating whiteness as the default in medicine contributes to Black and other minority groups’ distrust of medical professionals (SN: 4/10/20) and has led to biases in machine learning programs that U.S. hospitals use to prioritize patient care (SN: 10/24/19).

The field of dermatology represents an obvious starting point for dismantling structural racism in medicine, says dermatologist Jules Lipoff of the University of Pennsylvania. “Dermatology is racist only inasmuch as all of medicine and all of society is. But because we are at the surface, that racism is easier to recognize.”

Consider “COVID toes.” This condition, a symptom of COVID-19 infection, is characterized by swollen and discolored toes and occasionally fingers. When researchers reviewed 130 images of skin conditions associated with COVID-19, though, they found that almost all the images depicted people with white skin. Because COVID-19 has disproportionately impacted Black communities in the United States and the United Kingdom, photos depicting this population are crucial to proper diagnosis and care, researchers report in the September 2020 British Journal of Dermatology.

This scarcity of medical images for dark skin is pervasive. Only 4.5 percent of images in common medical textbooks depict dark skin, Lipoff and colleagues reported in the Jan. 1 Journal of the American Academy of Dermatology.

At least when it comes to bandages, change might be afoot. Last June, in response to civil rights protests, Johnson & Johnson pledged to roll out bandages for multiple skin tones. Whether health care providers and stores routinely stock such bandages remains to be seen.

Brown bandages won’t solve racism in dermatology, let alone medicine as a whole, but their presence would symbolize that everyone’s flesh color matters, Oyesiku says. “Inclusivity in dermatology and medicine [is] so much deeper than a Band-Aid. But small things like this are a gateway to … other changes.”