THE only recorded ancient Egyptian mud-wrapped mummy may have been placed in the wrong coffin and no one noticed.

The English-Australian politician who bought the mummy back in the 1800s was likely tricked by dealers who wanted to sell a “complete set” for more money. 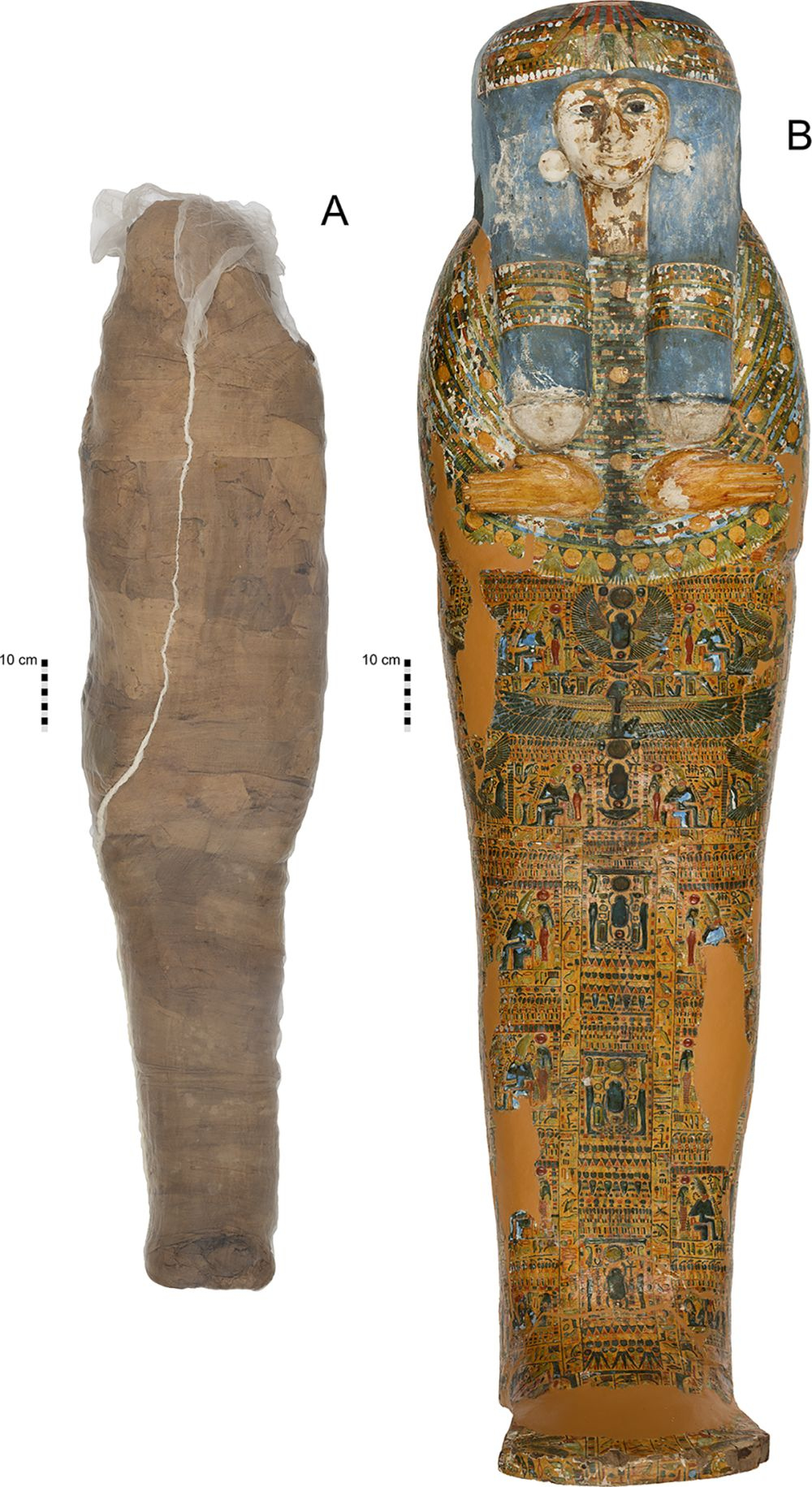 The ‘mud mummy’ next to the coffin that likely wasn’t for themCredit: This image is provided for research purposes only and must not be reproduced for other pur

Researchers studying the mummy, which resides at the University of Sydney’s Chau Chak Wing Museum, noticed some unusual features about the find.

They wrote in a recent study: “Local dealers likely placed an unrelated mummified body in the coffin to sell a more complete ‘set,’ a well-known practice in the local antiquities trade.”

CT scans and special dating techniques revealed that not only had the mummy been damaged several times after death but it was also about 200 years older than the coffin it was placed in.

The ‘mud mummy’ was found in Egypt and sold to Sir Charles Nicholson in the 1800s before he donated it to the University of Sydney in 1860. 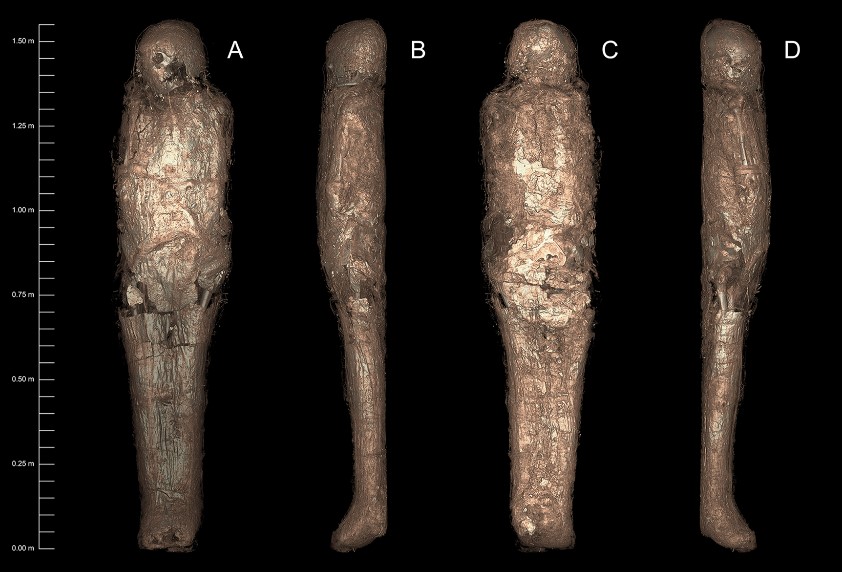 A CT scan of the mummy shows it has a delicate mud casingCredit: University of Sydney

Mud shells like the one covering the mummy have not been seen since.

The researchers explain in a their study that this “a mortuary treatment not previously documented in the Egyptian archaeological record.”

A few possible reasons for the unusual mud casing are discussed in the study.

Firstly, the specialists think the “mud wrap” could have been used to help keep the mummy together after damage not long after the burial. 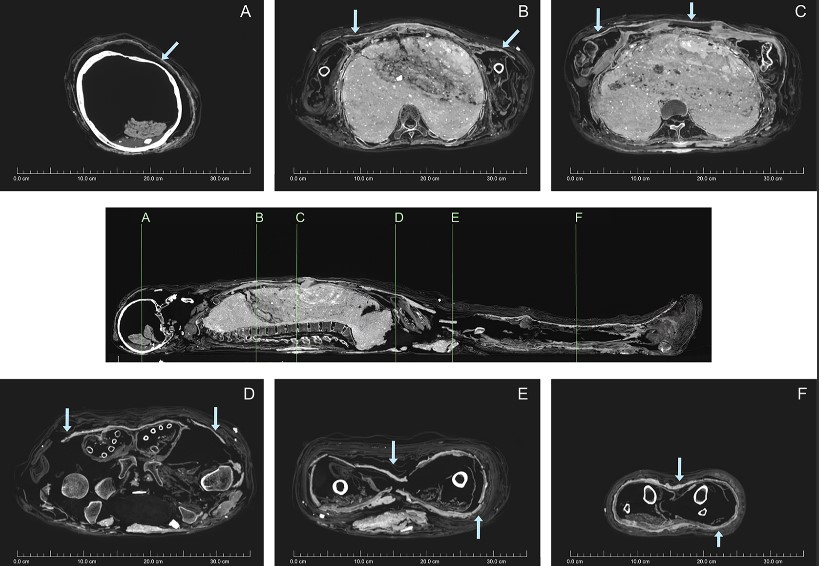 A more detailed scan revealed the mummy was a young womanCredit: University of Sydney

Alternatively, the mud may have been used to copy an elite practice that saw the rich deceased wrapped in expensive resin coated materials.

The mud mummy may not have been a member of the elite when they were alive and therefore couldn’t afford an expensive burial.

The resin-based mummification practice is said to have been popular for around 350 years in the late New Kingdom of Egypt to the 21st Dynasty of Egypt.

Experts say the mummy dates to around 1207 BC.

The skeleton is thought to have belonged to a woman who died between the ages of 26 and 35.

Her lidded coffin is inscribed with the name Meruah or Meru(t)ah.

However, she’s unlikely to be the real Meruah as the coffin was made hundreds of years after she died.

This isn’t the first time suspiscions have been raised about this mummy.

Suspected damage by grave robbers to the legs have been spotted before.

Other damage has occurred to the neck and head.

It’s thought the grave robbing happened during ancient Egyptian times and later generations tried to fix the mummy and may have added the mud wrapping.

You can read the recent study about this mysterious mummy in the PLOS One journal.

In other archaeology news, an ancient mummy with a golden tongue has been unearthed in Egypt.

In other archaeology news, ancient humans regularly bred with Neanderthals, an analysis of 45,000-year-old Neanderthal teeth has revealed.

And, the last meal of a 240million year old sea monster has been revealed by archaeologists.

What are your thoughts on the mud mummy? Let us know in the comments…