A SUPERSONIC plane that could fly you from London to New York in an hour is in the works.

That flight time is much faster than a standard flight and almost two hours quicker than Concorde. 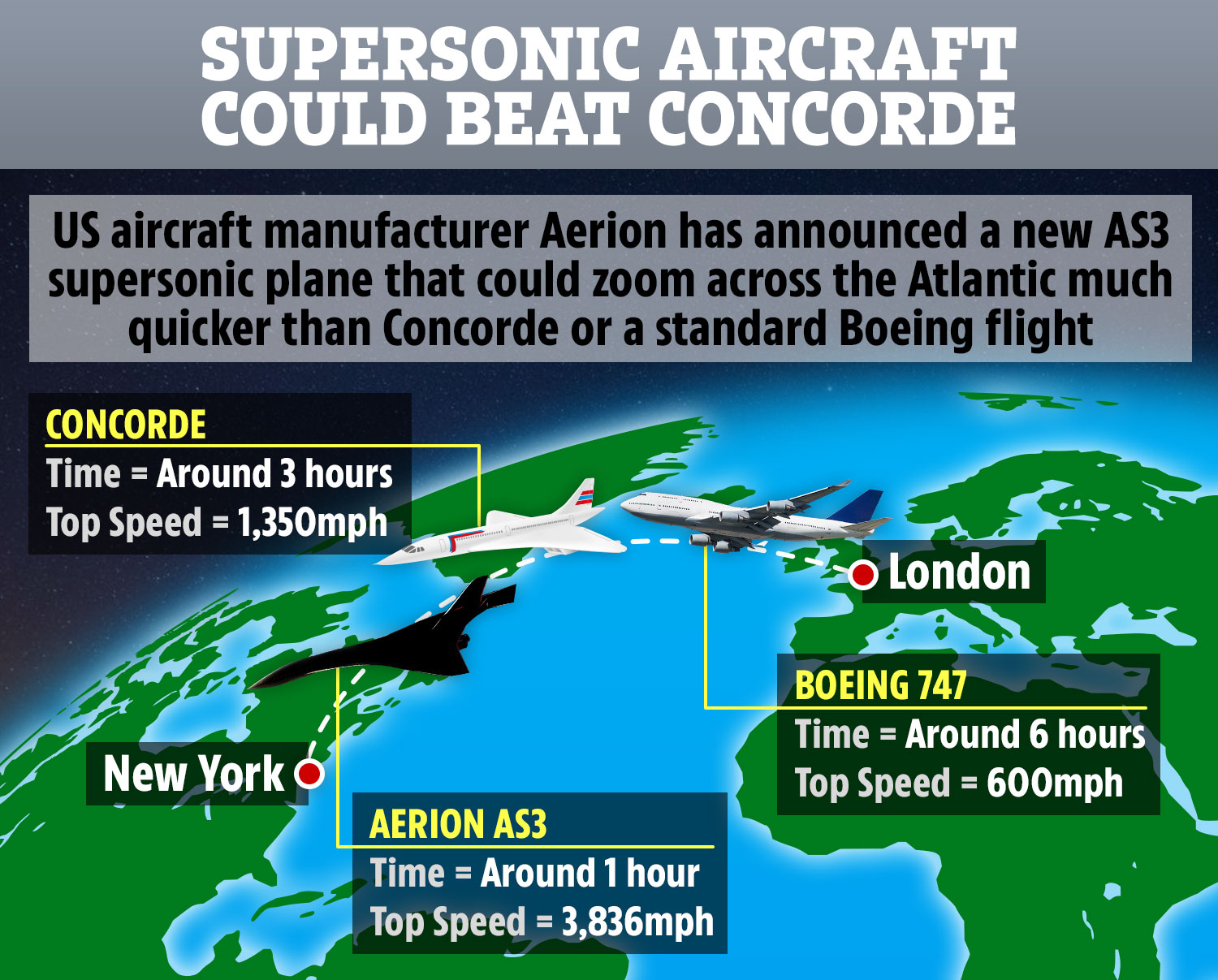 US aircraft company Aerio recently announced the plans for its new AS3 plane.

Concorde’s top speed was around 1,350mph when travelling across the Atlantic Ocean.

Aerion is partnering with Nasa to create supersonic aircraft which could carry passengers. 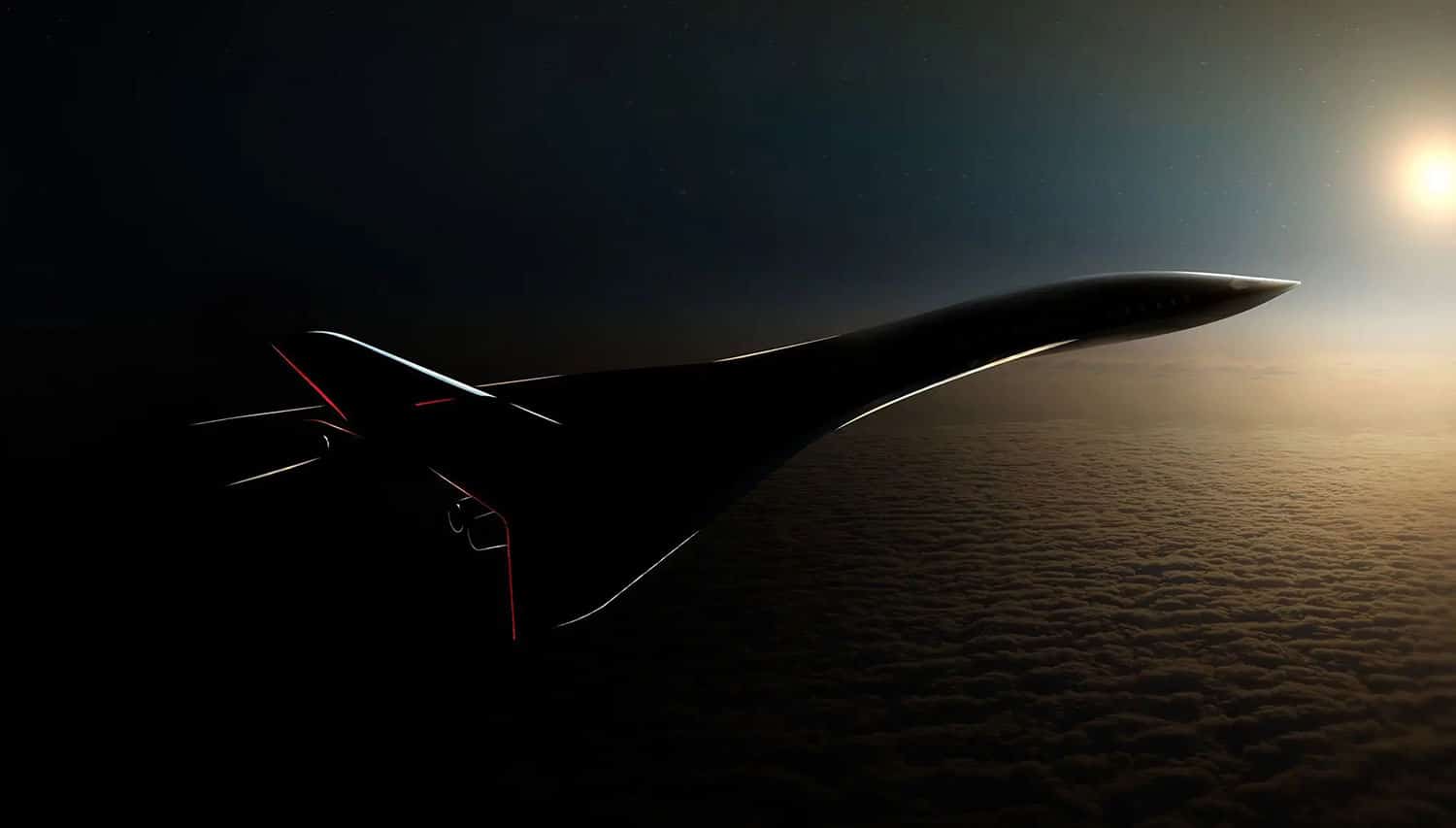 Aerion has only released this shadowy render of the AS3 plane so farCredit: Aerion

Aerion thinks the plane could be ready for the flight by the end of the decade.

This is what the smaller AS2 plane should look likeCredit: Aerion

The manufacturer is also designing a smaller version of the plane called the AS2.

Production of this could begin in 2023.

Aerion CEO Tom Vice said: “The AS3 forms the next step in our long-term technology roadmap and will bring Aerion’s high Mach flight capability to a broader audience.

“Our vision is to build a future where humanity can travel between any two points on our planet within three hours.”

Aerion wants its aircraft to be sustainable and will be revealing more designs later this year.

The only render of the AS3 released so far is a rather mysterious shadowed image.

In other news, Sir Richard Branson is putting rocket boosters under his cosmic plans after unveiling Virgin Galactic’s third spacecraft.

SpaceX has filled every seat on a launch into orbit planned later this year billed as the world’s first all-civilian spaceflight.

What do you think of the Aerion AS3 plane? Let us know in the comments…

New Covid rules for 3.8million people in England from TOMORROW

‘American Gods’ creator says show is “not dead” despite cancellation