New illustrations show what’s currently known about the environment inhabited periodically by Neandertals in Iberia, or what’s now Spain and Portugal, from at least 350,000 years ago to nearly 100,000 years ago. Paleoartist Gabriela Amorós Seller of the University of Murcia in Spain, used colored pencils to illustrate an idyllic view of a Neandertal man and child lounging on flat ground downslope from Bolomor Cave, near the Mediterranean coast of what’s now eastern Spain.

Excavations in the cave have produced evidence of the trees, plants and animals shown in the drawing, presented in the March 15 Quaternary Science Reviews. Amorós Seller also illustrated Bolomor Cave’s Neandertal-era entrance and surrounding greenery. She and her colleagues regard these scientifically informed drawings as more than simply appealing to the eye. Art that shows the basic makeup of an ancient environment can inspire scientists to ask new questions. For instance, her group now wants to explore how ancient Iberian plants grew in the wild and what they looked like before being modified over the past few thousand years by farming practices. 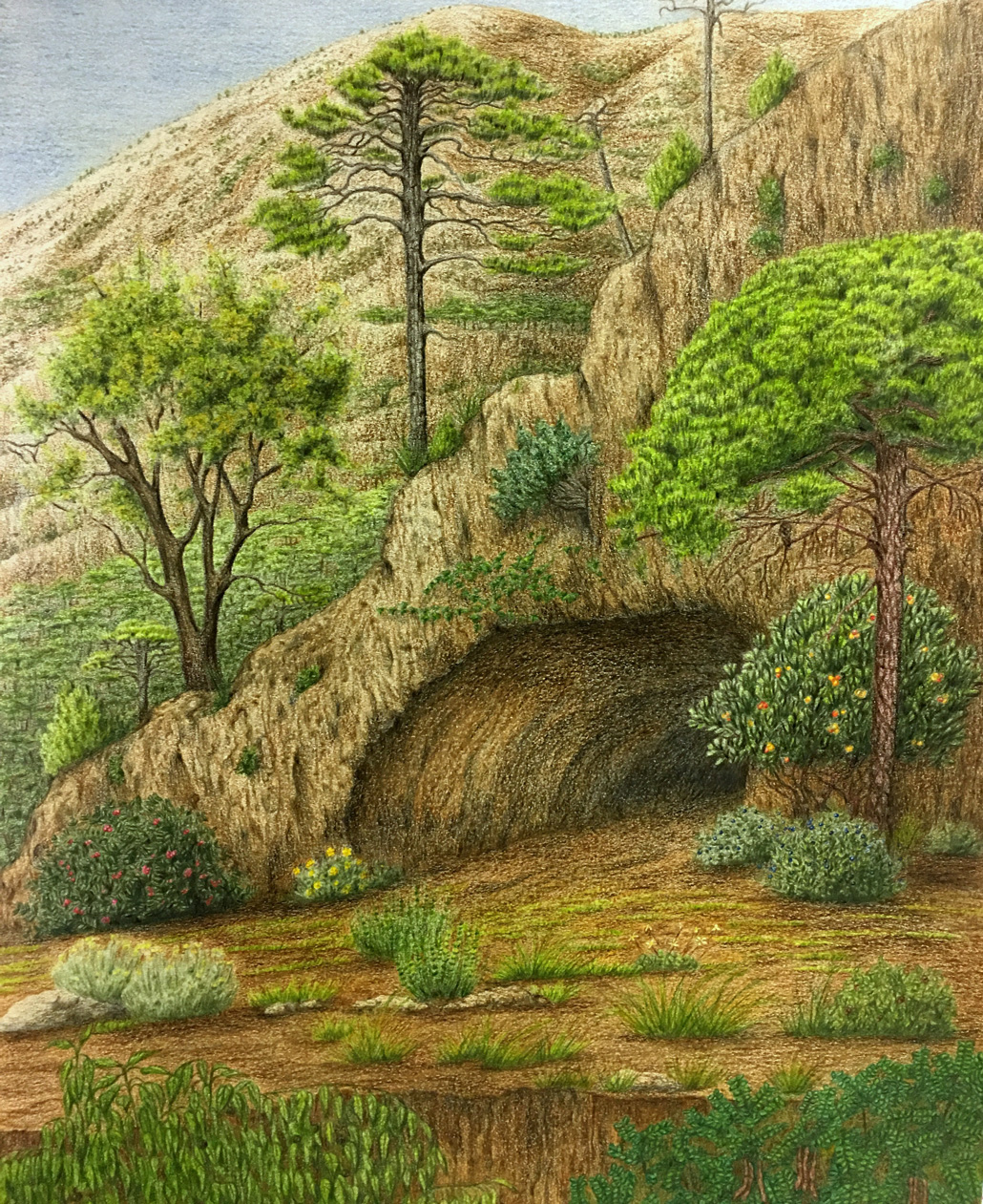 Eastern Spain’s Bolomor Cave (illustrated) has hosted recent excavations that paint a detailed picture of what life was like for Neandertals who once inhabited that temperate region.G. Amorós, Quat. Sci. Reviews, 2021

Bolomor Cave Neandertals probably ate fruit, nuts and seeds of plants that once grew in the area, says coauthor José Carrión, an evolutionary biologist and botanist at the University of Murcia. Those plants included hazel shrubs, one of which appears just behind the Neandertal male, who is munching on a hazelnut. Strawberry trees, Mediterranean hackberry, myrtle shrubs, carob trees and chestnut trees — all shown in the drawings — were also available, he says.

Insights about local plant life during Neandertal times come largely from pollen grains and spores found in sediment layers in Bolomor Cave, previously reported by coauthor Juan Ochando, an evolutionary botanist also at the University of Murcia, and colleagues. These layers have also yielded remains of fire pits, burned animal bones, scorched tortoise shells and four Neandertal fossils — a piece of a leg bone, two teeth and part of a braincase.

The animal remains inform other parts of the drawings, such as the Neandertal child watching a tortoise inch its way forward. Tortoises were cooked and eaten at Bolomor Cave, along with frequent prey such as hares, rabbits, birds and deer. People also occasionally consumed large animals such as horses and hippos.

Neandertals most likely responded to relatively mild Iberian temperatures by wearing few or no clothes, the researchers suspect.

Whether they were a separate Homo species or an ancient variant of Homo sapiens, Neandertals had a largely unappreciated talent for finding and exploiting resource-rich parts of Iberia (SN: 3/26/20). Amorós Seller’s paintings vividly show some of that mammoth-free bounty.

A Massive Global Hunt for Variants Is Under Way