A NASA robot landed on Mars last night in a 292million-mile search for extraterrestrial life.

The US space agency’s Perseverance rover finally touched down on the Red Planet after an incredible seven-month journey. 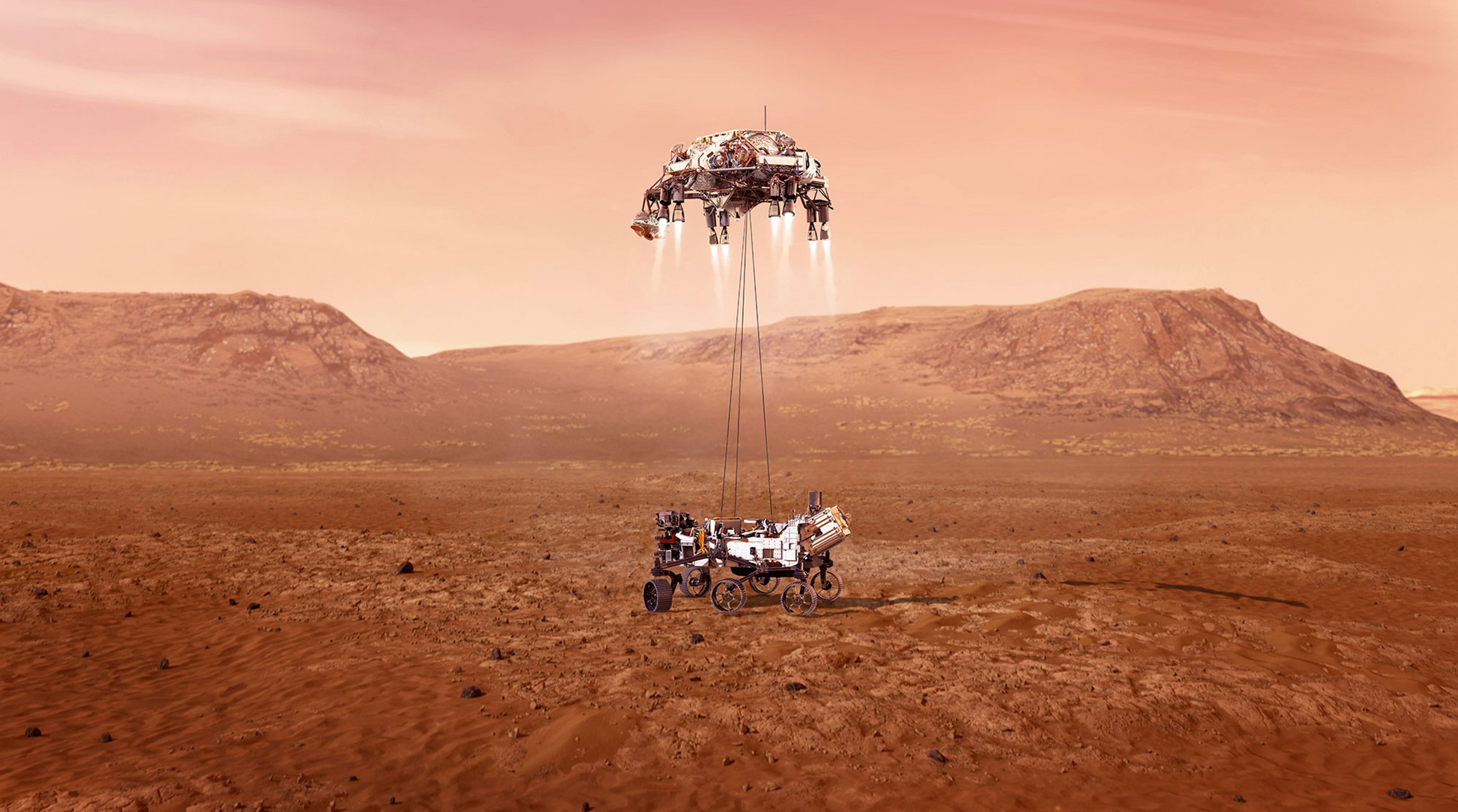 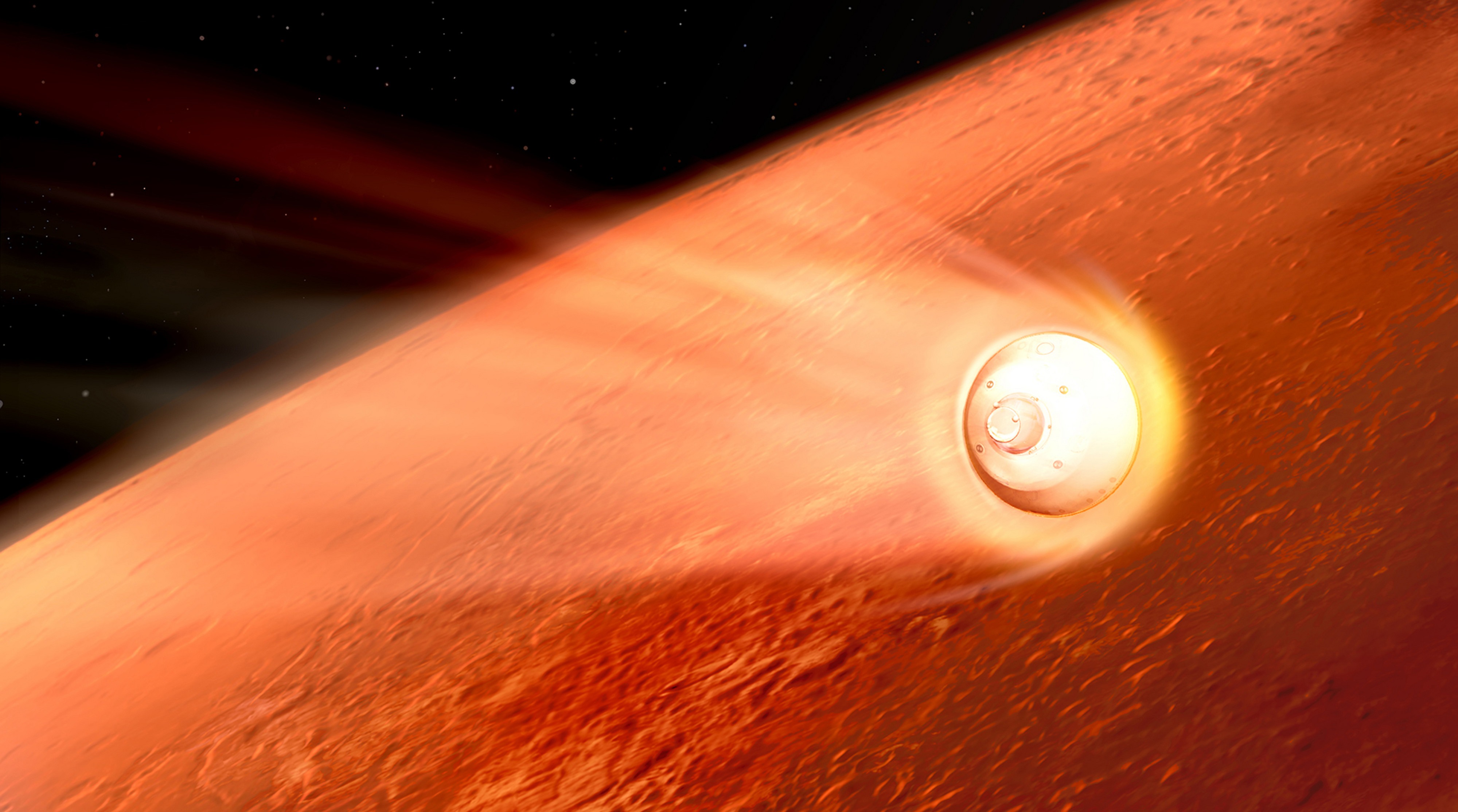 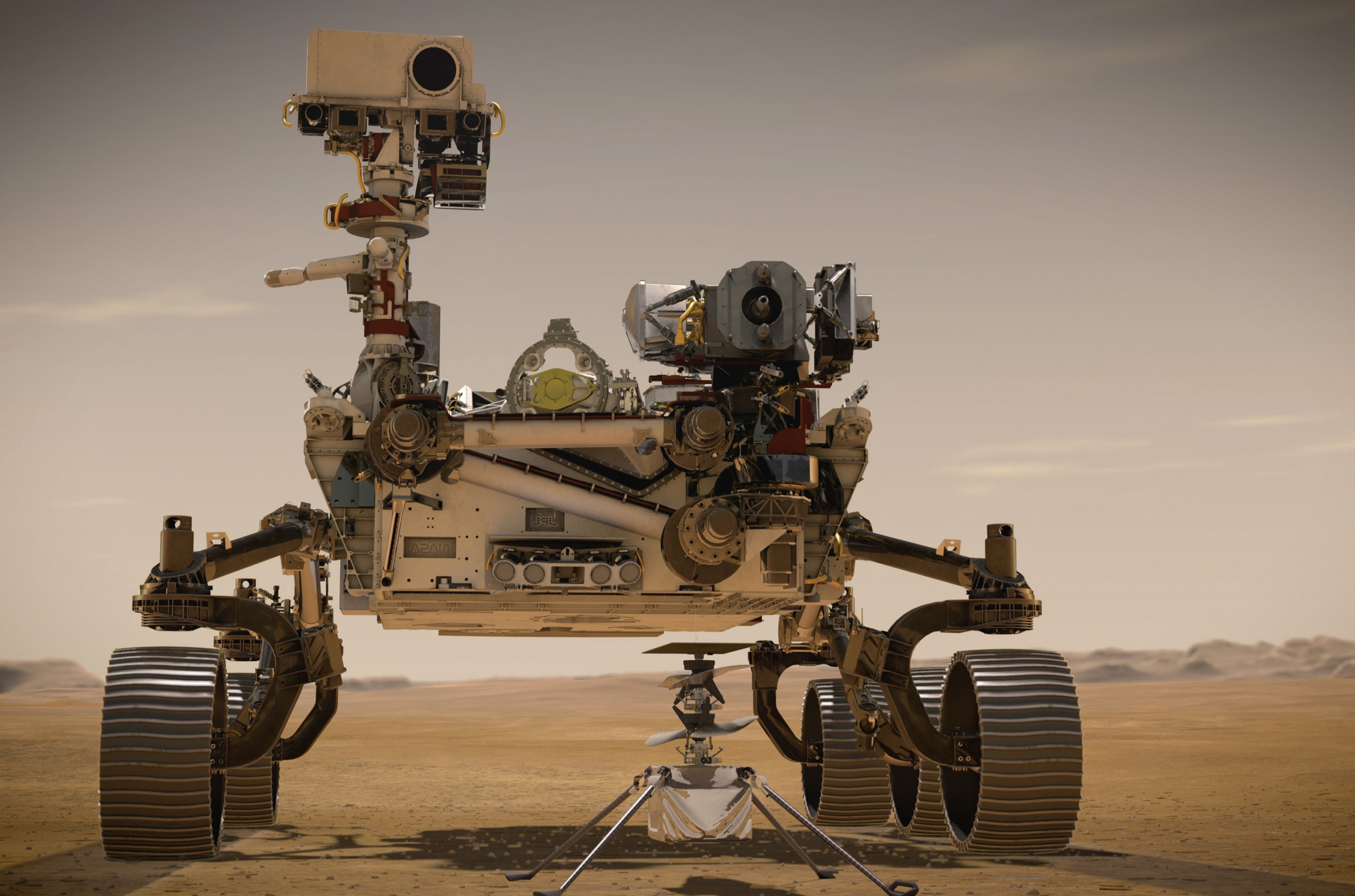 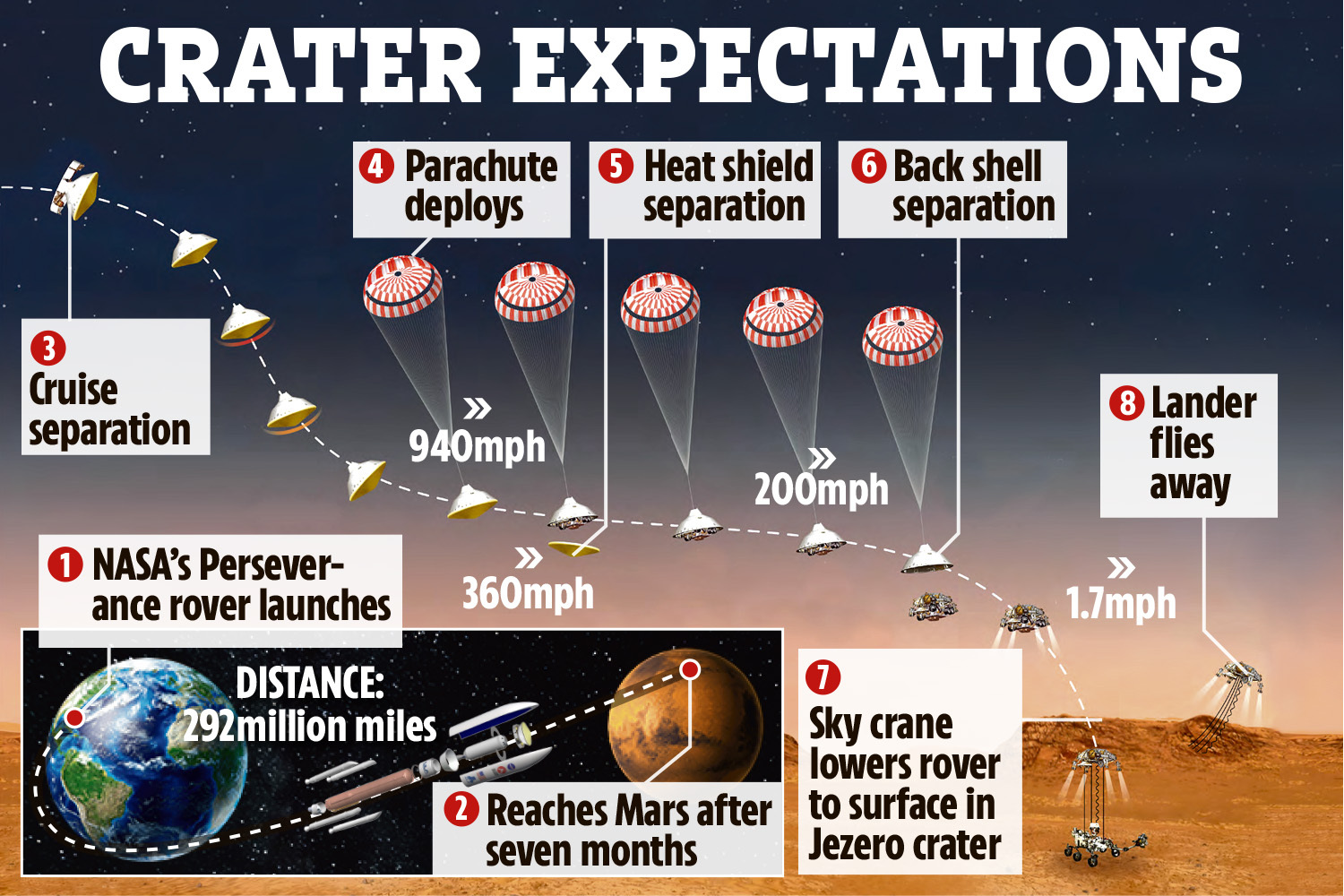 Scientists held their breath during the “seven minutes of terror” as the vehicle plunged through the thin Mars atmosphere before landing.

Experts were especially nervous because it faced an 11-and-a-half minute communication lag as the landing approached — so the rover was on its own, unable to rely on controllers.

But then a huge cheer erupted from the control room as it was confirmed the landing was a success.

Perserverance’s twitter account posted a picture of the surface of Mars with the message: “Hello, world. My first look at my forever home. I’m safe on Mars. Perseverance will get you anywhere.”

The Mars 2020 mission aims to collect samples of the planet’s rocks and gravel — which will help scientists learn whether there was ever life there. 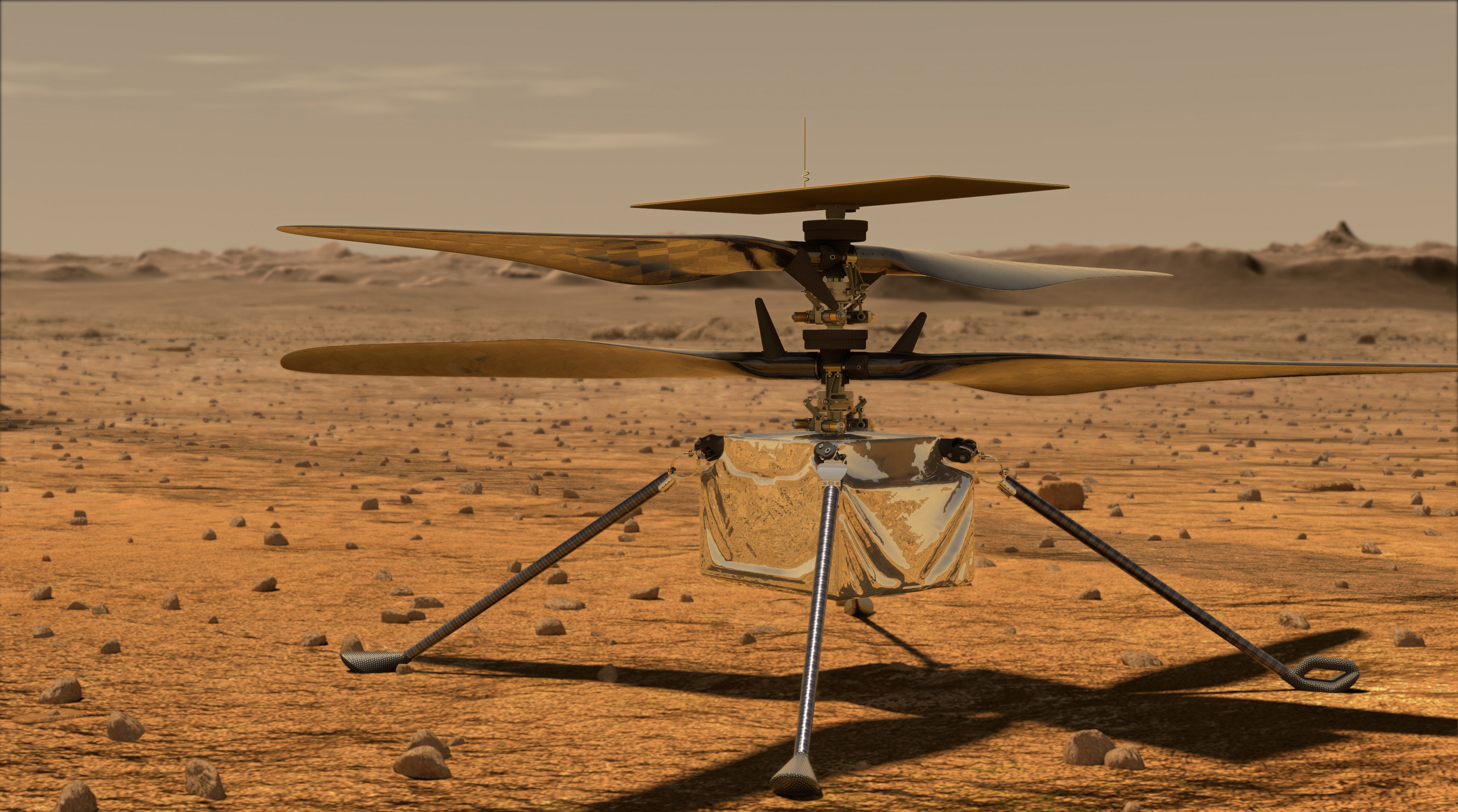 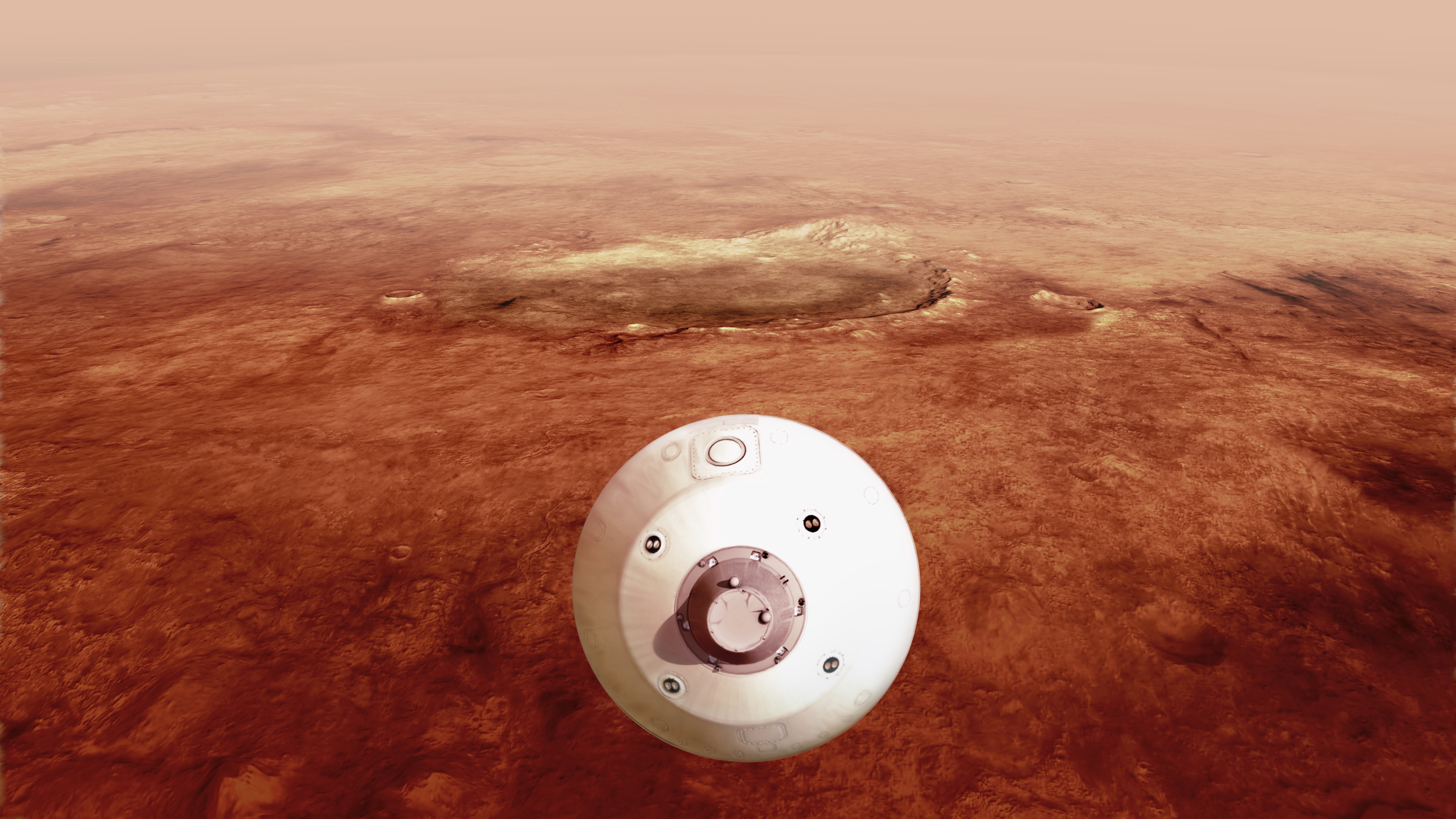 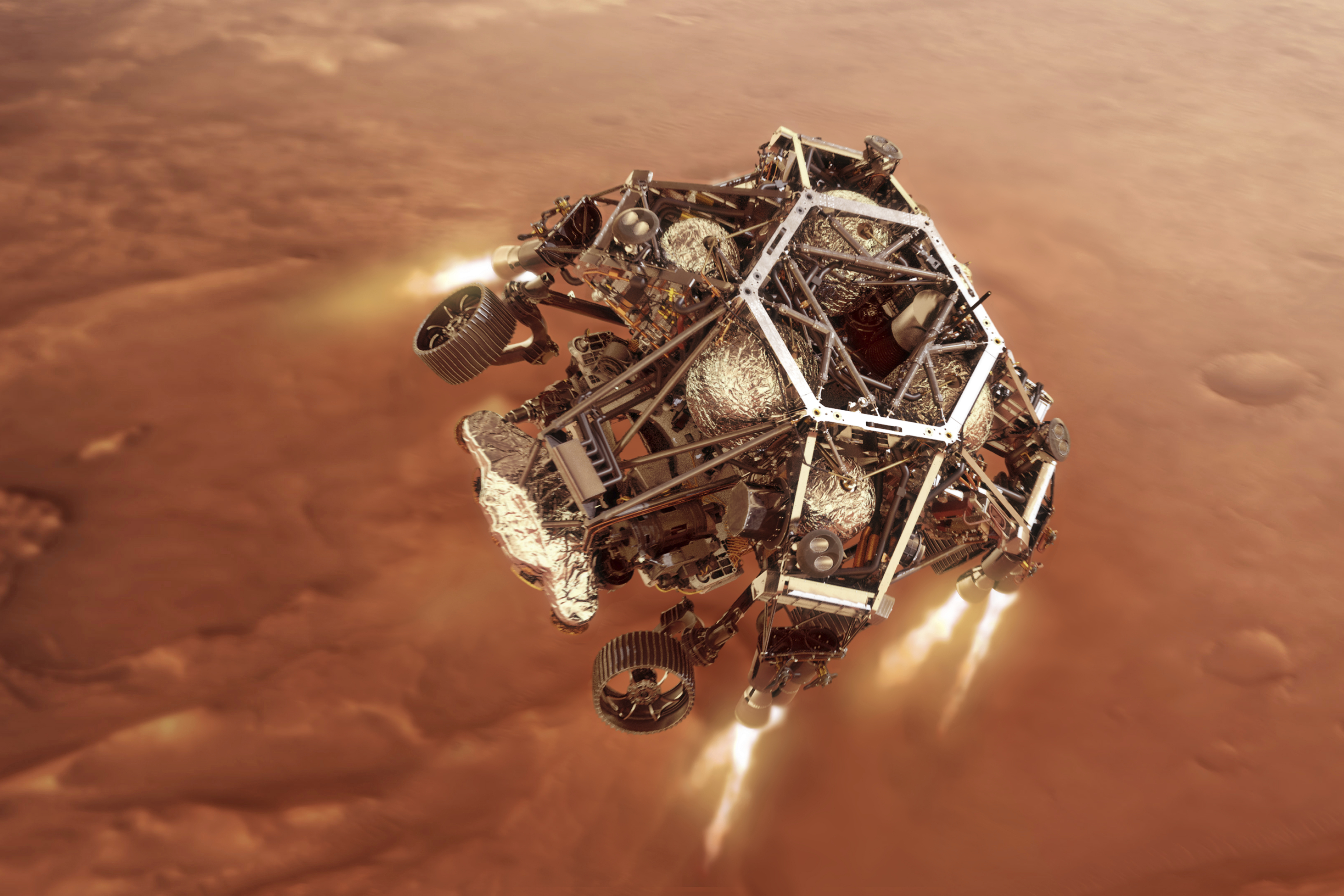 The descent stage fires up its enginesCredit: AP:Associated Press

The rover will scoop up the materials, which will then be set aside until 2026 when a retrieval craft is launched to collect them.

It means scientists will not get their hands on them until the early 2030s — should plans by Nasa and the European Space Agency go smoothly.

A special space helicopter, the Ingenuity, is attached to the belly of Perseverance.

The drone-like tech — its body the size of a box of tissues — could become the first aircraft to fly on Mars.

If everything goes to plan, it will be released to attempt a series of 90-second flights, scoping the terrain for areas of interest for its rover buddy.

Al Chen, head of the descent and landing team, called the seven minutes of terror stage the “most critical and most dangerous” part of the £1.6billion mission.

He told a recent news briefing: “Success is never assured.

“And that’s especially true when we’re trying to land the most complicated rover we’ve ever built to the most dangerous site we’ve ever attempted to land at.” 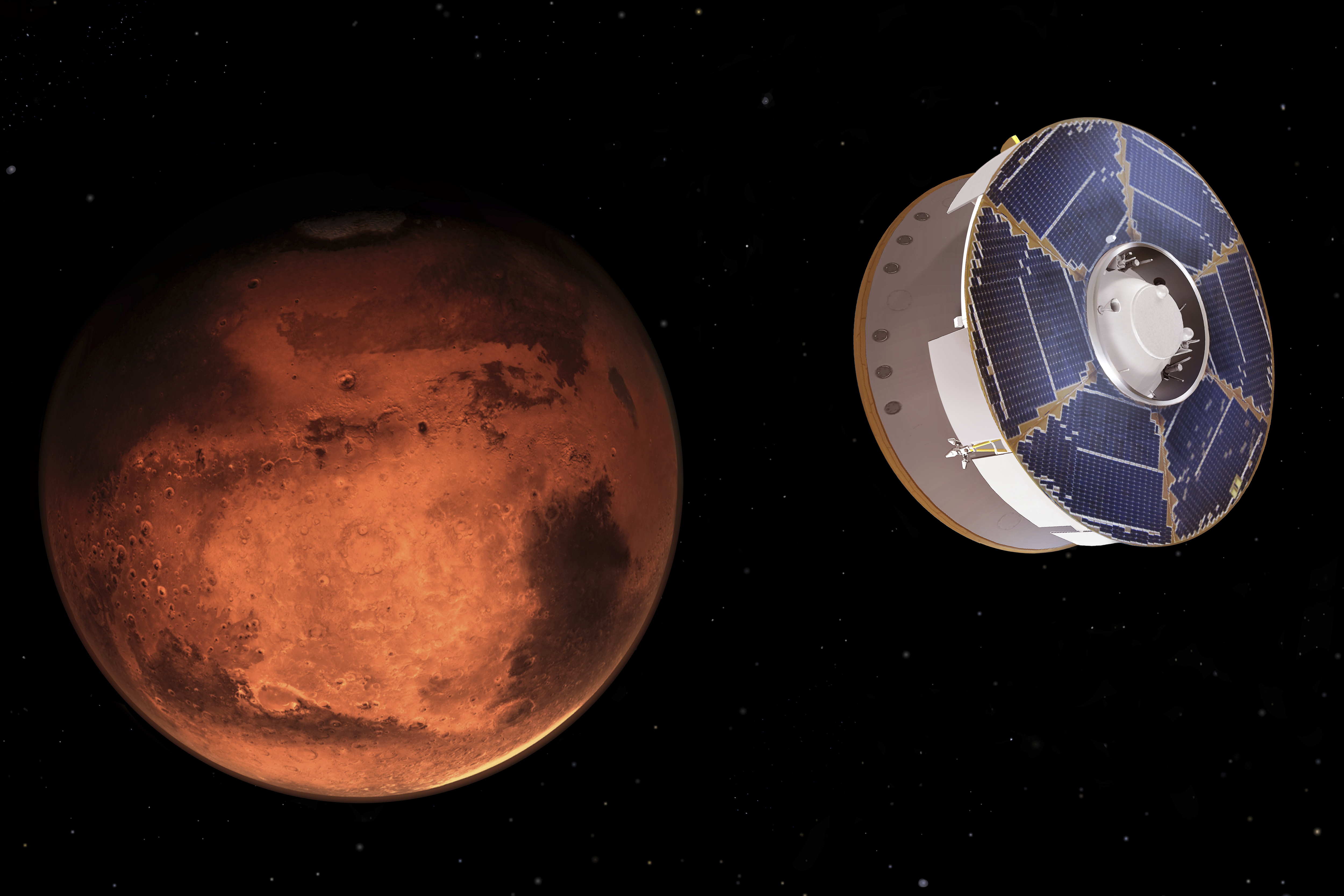 Hundreds of critical events must execute precisely on time for the rover to land on Mars safelyCredit: AP:Associated Press 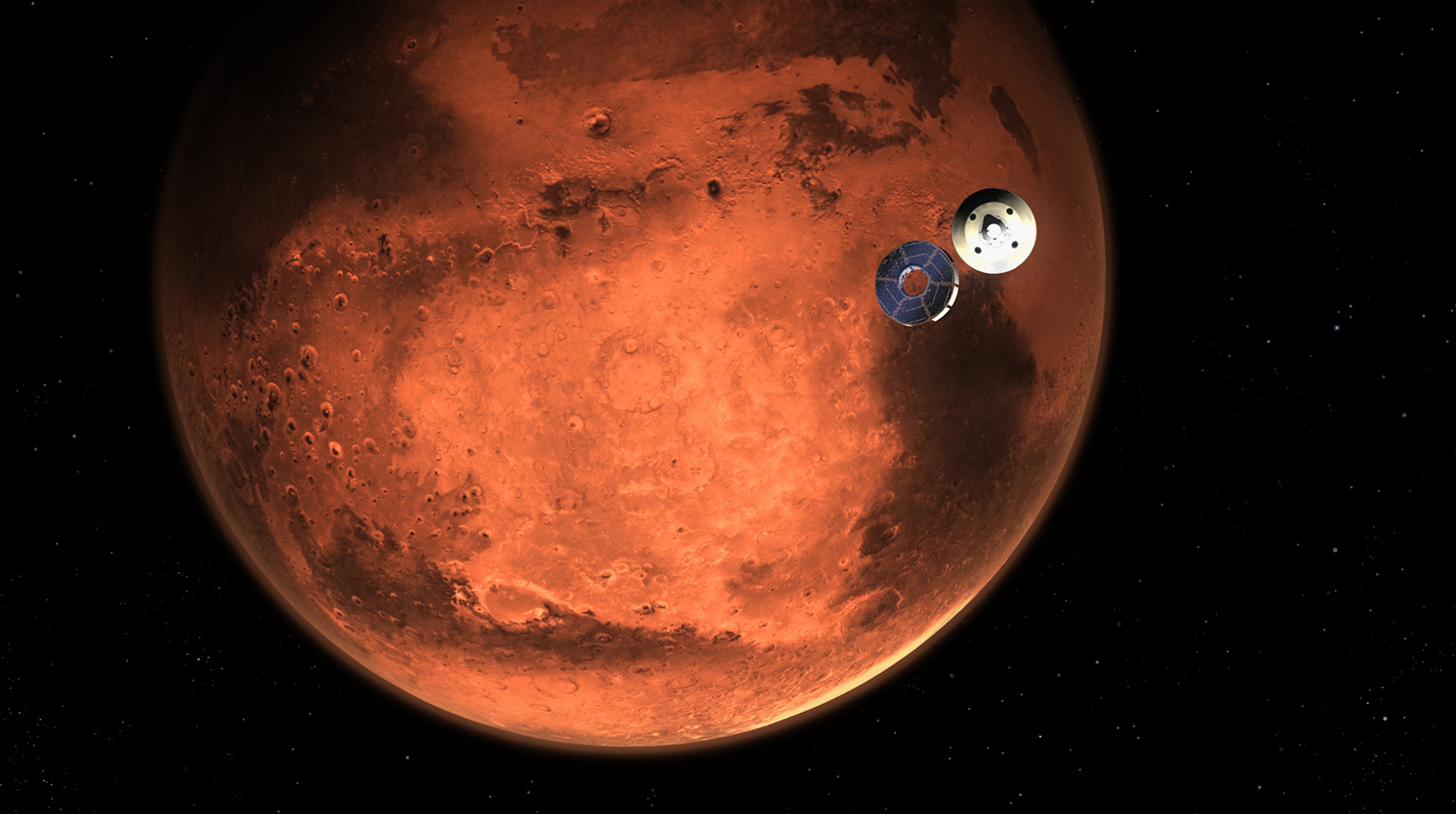 The Entry, Descent, and Landing sequence must be executed on timeCredit: Rex Features 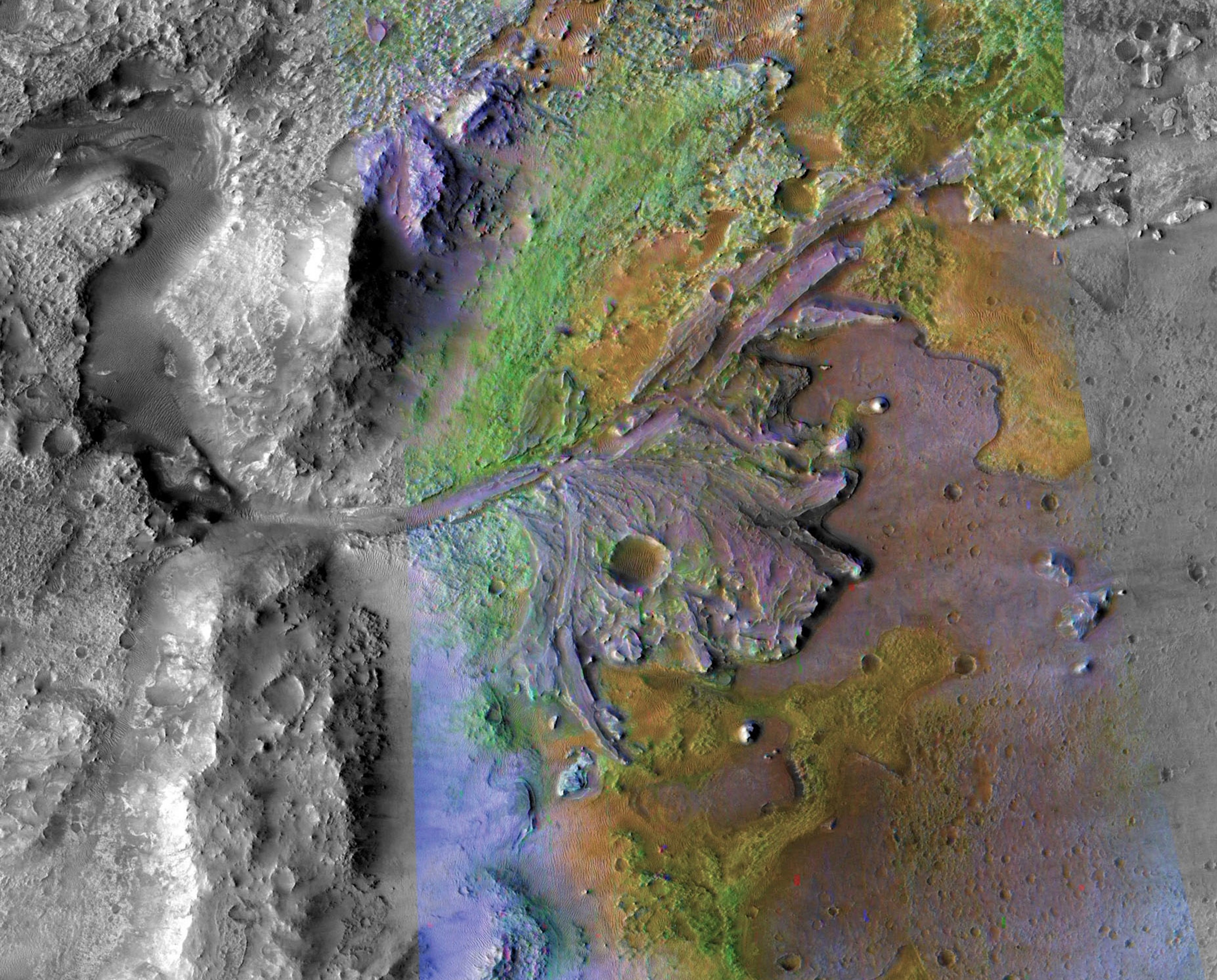 This image of Jezero Crater, the landing site for the Mars Perseverance RoverCredit: Rex Features 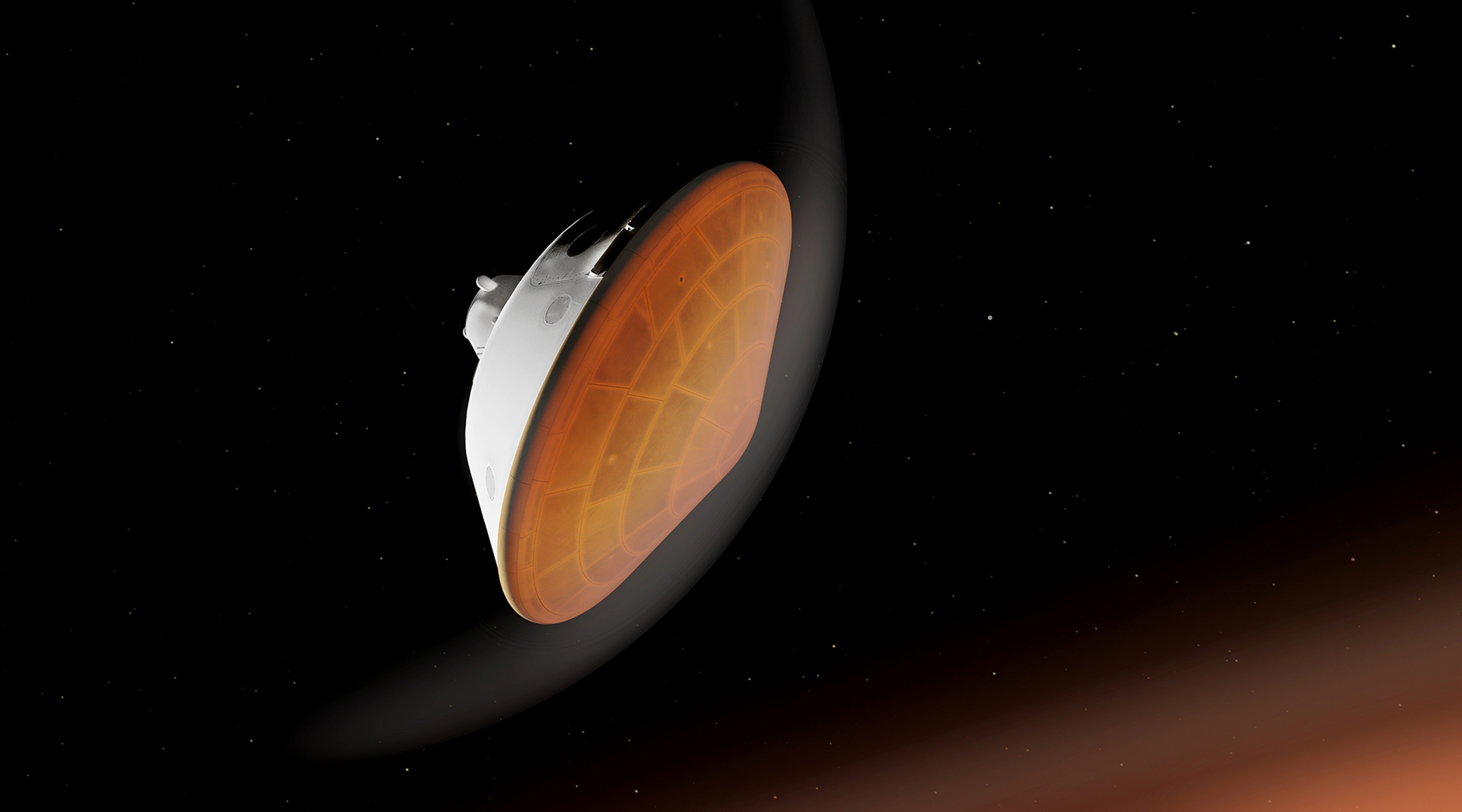