THERE’S an unusual exhibit at one of Lidl’s Irish stores.

A glass floor installed at one of the budget supermarket’s outlets in Dublin reveals the ruins of a 1,000-year-old Viking-Irish house. 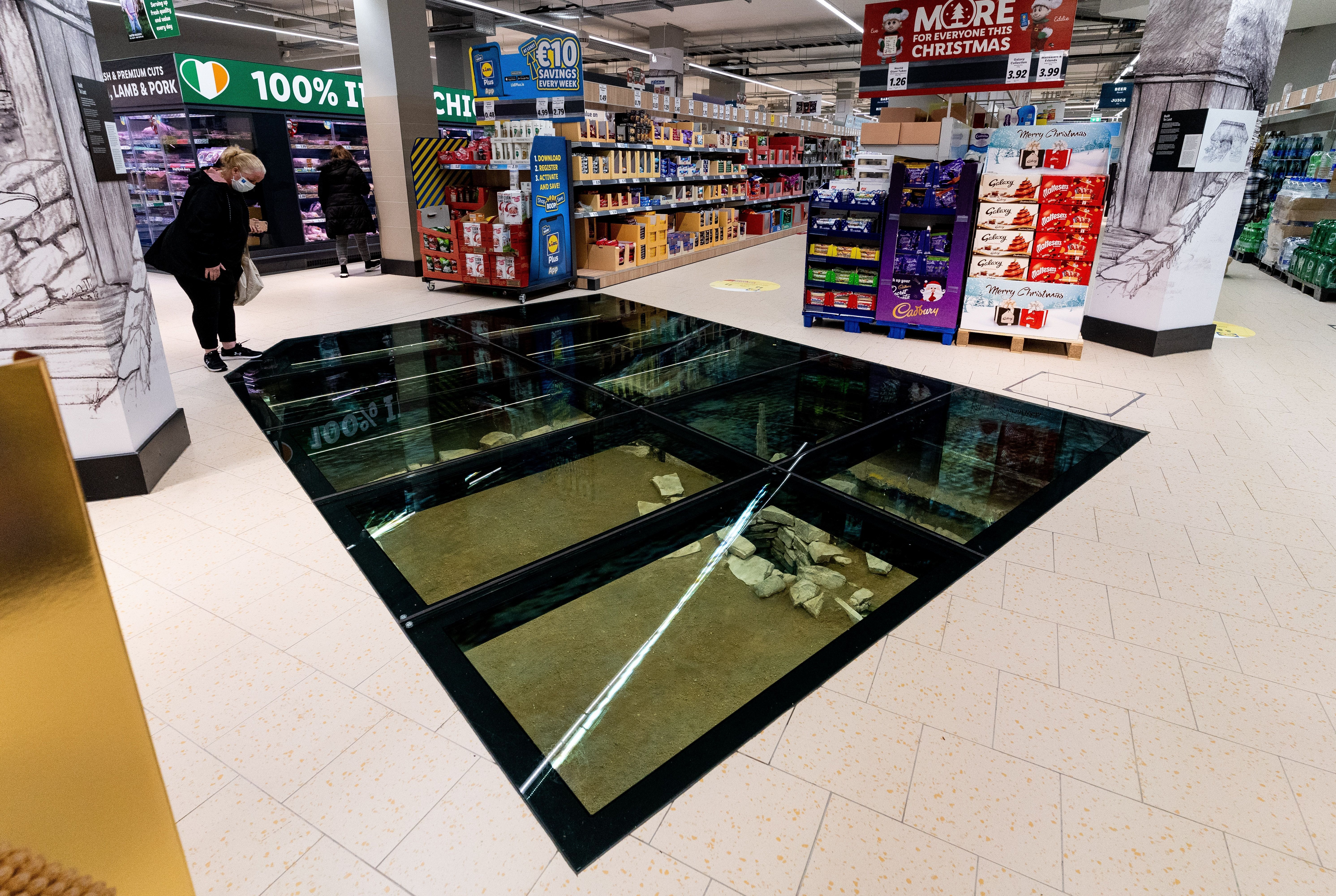 Images of the display at the city centre spot attracted the attention of thousands of people on Reddit over the weekend.

Managers at the shop invested heavily in site’s preservations after it was discovered during excavations, DublinLive reports.

Glass panelling was placed between the aisles to give shoppers a snapshot of the city’s medieval history as they browse the shelves. 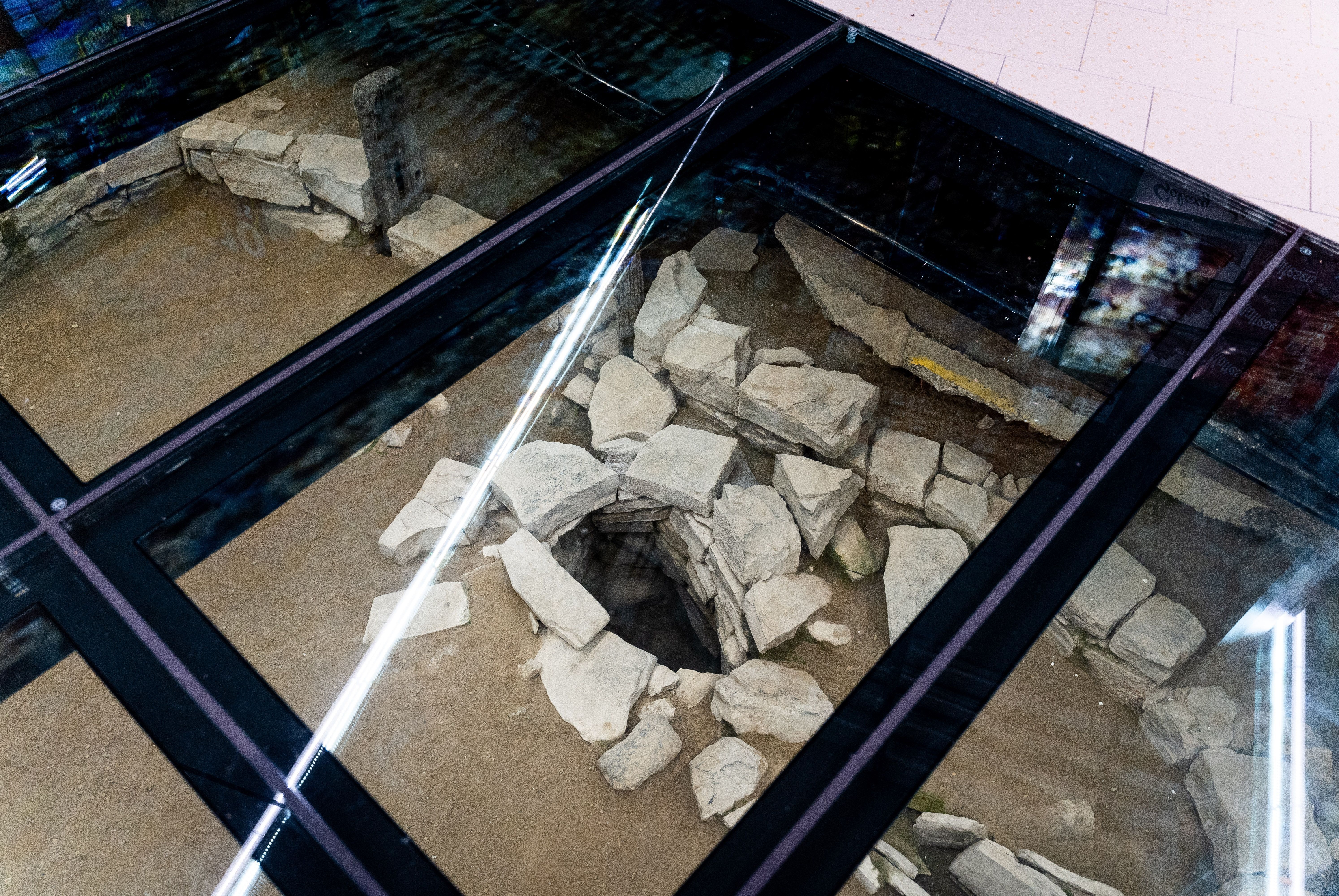 Glass panelling installed in the store’s floor provides a view of the ancient ruinsCredit: Rex 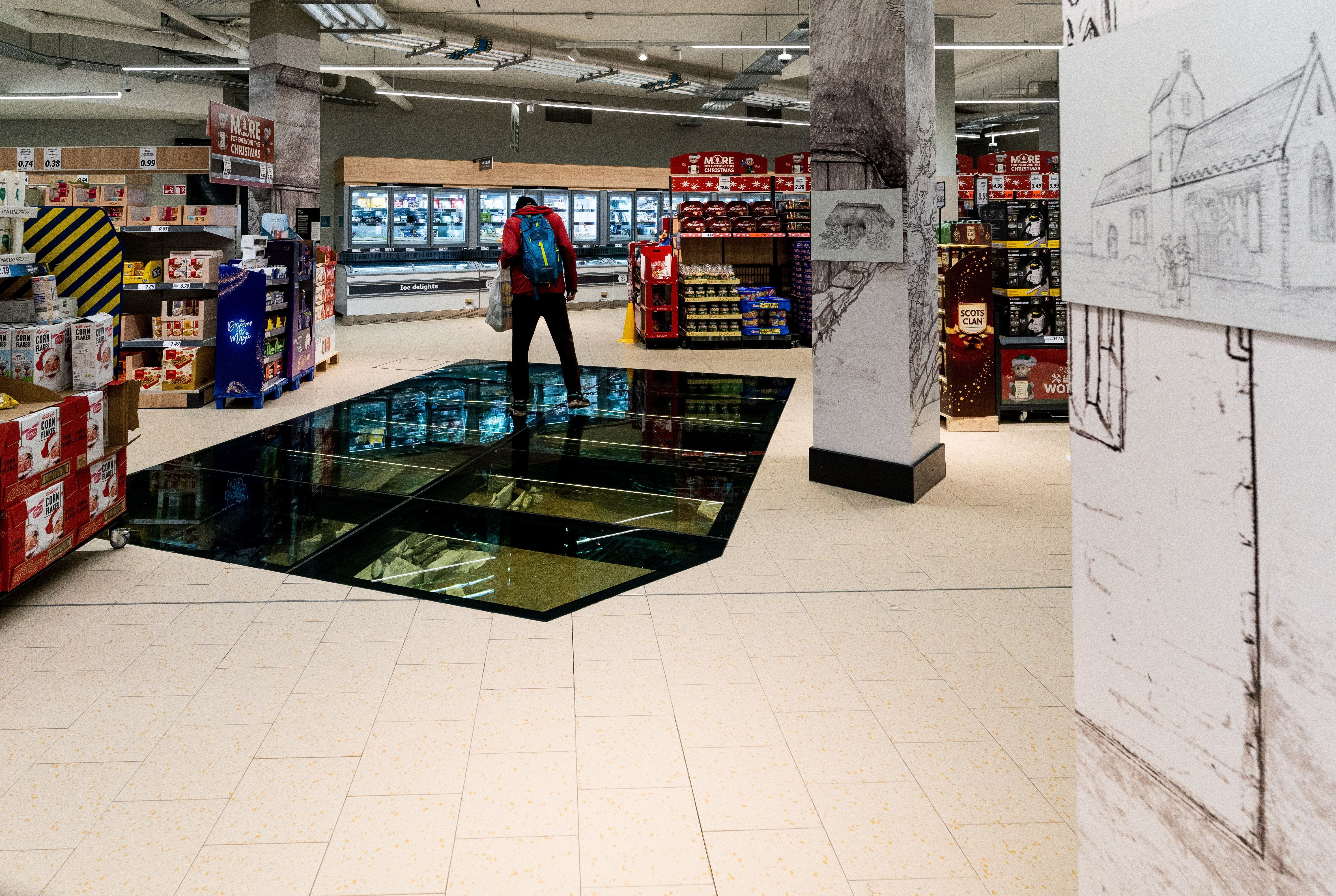 Through one panel shoppers can see the remains of the 18th Century Aungier Theatre staircase.

At another section of the store, you can peer at a sunken floored structure dated to the 11th century.

The Longford Street Arches, which also date from the 18th century, can also be viewed from within the store. 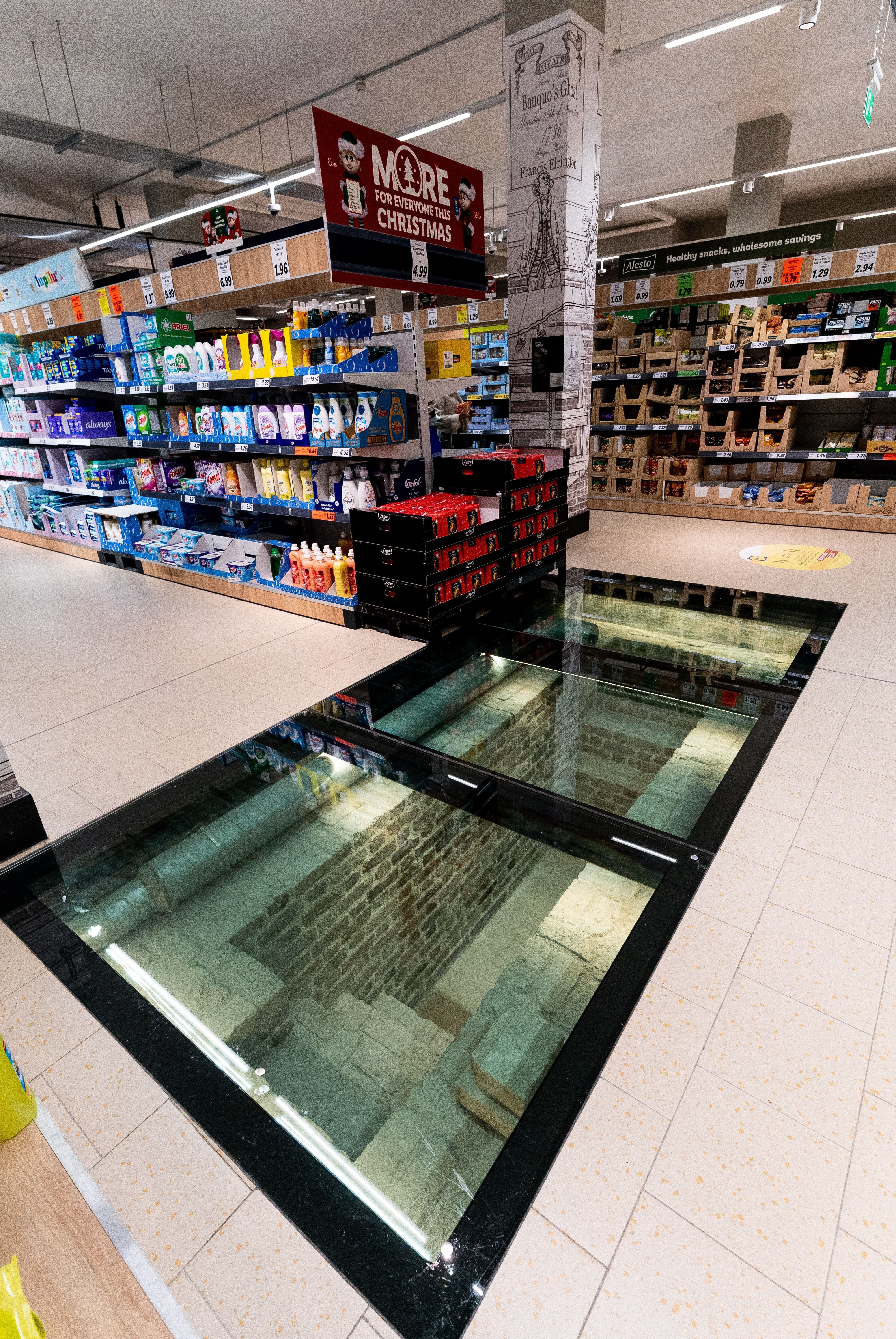 Through one panel shoppers can see the remains of the 18th Century Aungier Theatre staircaseCredit: Rex

The post reads: “During the construction of a supermarket in Dublin, Ireland, archaeologists discovered the remains of a 1,000-year-old medieval house.

“Rather than excavate the items and build on top of the site, the store installed glass flooring that provides shoppers with a literal window into history.”

The post has garnered more than 20,000 up-votes and 200 comments since it was posted.

One commenter joked: “The ghosts of that house are super confused.”

A brief history of the Vikings…

Another wrote: “They just want to buy food but their glass ceiling is keeping them down.”

And a third commenter revealed: “We have something like these here in Slovenia!

“While building a supermarket, a road built by the Romans was discovered (about 4x1m) and glass-like was constructed.

“So while I’m shopping for veggies I get to look at them. Pretty cool.”

Hoard of Viking artefacts including gold bangle and silver brooch buried for over 1,000 years ago discovered on the Isle of Man

In other news, experts have wiped centuries of dust and dirt from a Viking-era cross pedant discovered in a field in western Scotland.

The face of a Viking warrior woman with a gruesome battle wound has been reconstructed by experts.

And, a lost Bronze Age stone circle used for ancient rituals was recently uncovered in Gloucestershire by laser scanning.

Would a Viking ruins display make you more likely to visit your local shop? Let us know in the comments!