A STUNNING sky image showing ultra-rare lightning has been revealed by astronomy researchers.

It shows red and blue lightning above a dazzling patch of white light in a stormy Hawaiian sky. 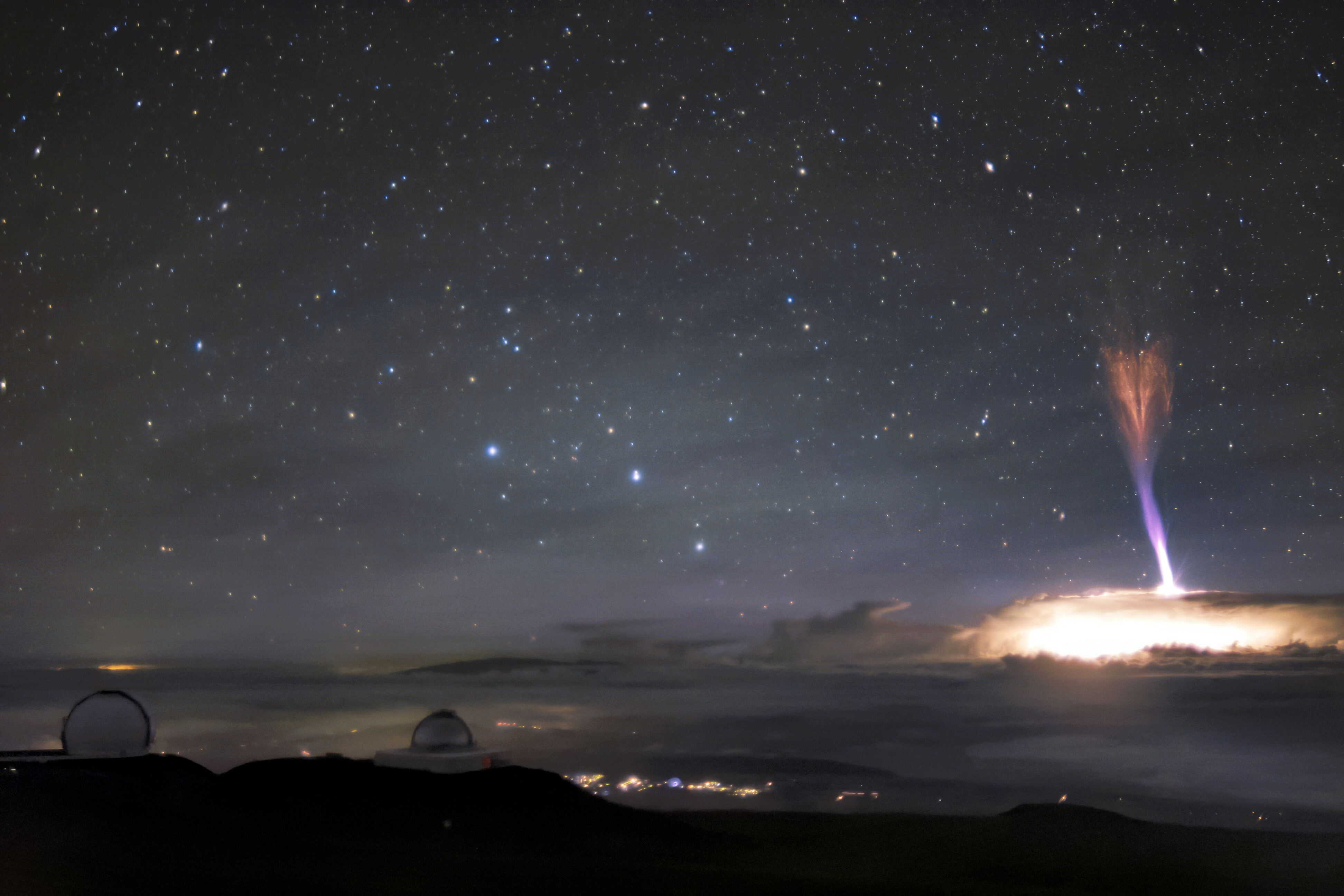 The red and blue lightning can be seen shooting upwards on the right-hand-sideCredit: International Gemini Observatory/NOIRLab

The amazing snapshot was taken by the Gemini North telescope at the Gemini Observatory in Mauna Kea, Hawaii.

It was actually captured back in July 2017 but the National Optical-Infrared Astronomy Research Laboratory (NOIRLab) has just revealed it as its “image of the week“.

The researchers explained alongside the photo: “The column of blue and red lights surrounded by a bright blaze of white light appears so otherworldly that it looks like it must be a special effect.

“This breathtaking image, however, is entirely real. It features two lightning phenomena: a red sprite and a blue jet. 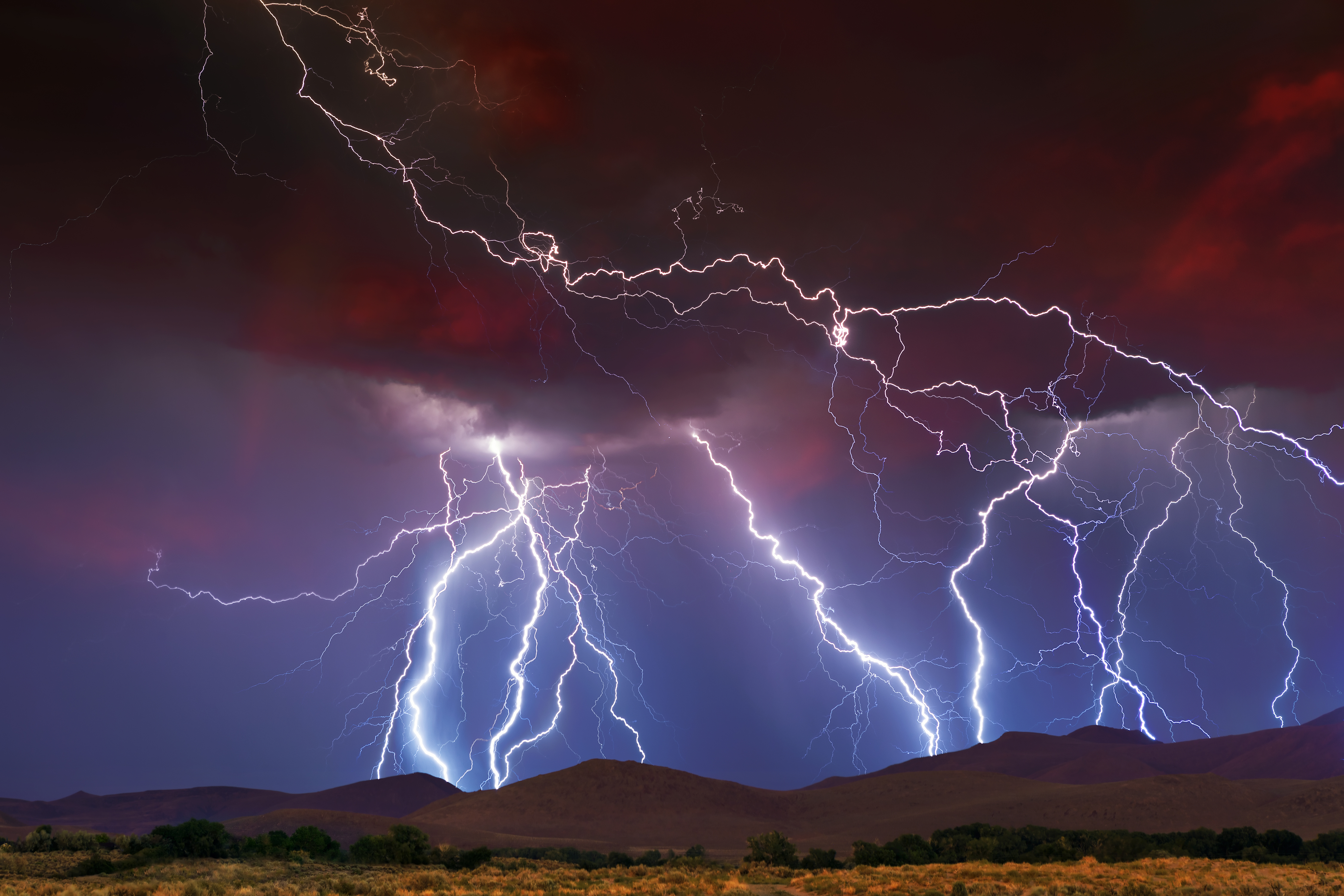 “Red sprites and blue jets are distinctive because of their colors, and also the direction in which they strike.

“As you can see in this image, the red and blue lights are shooting up from the top of the cloud deck, and are striking out towards space, instead of down towards the Earth.”

Its incredibly rare to capture lightning spites and jets on camera because they can last just tenths of a second.

They are also really hard to spot from the ground because they get hidden by thunderstorm clouds.

The Gemini North telescope high on a hill and takes pictures of the sky every 30 seconds.

This meant it was able to capture such a stunning shot.

Its not only the red and blue of sprites and jets that makes them different from white lightning.

They also start from from different places in the sky and move upwards.

Red sprites occur in the upper atmosphere and sometimes look like alien jellyfish.

Blue jets tend to be brighter than sprites and occur lower down to Earth.

This leads to the formation of the oppositely charged lightning phenomenon appearing for electrical balance.

In other news, Nasa’s Perseverance rover revealed stunning video and audio recordings from the surface of the Red Planet this week.

Nasa has announced that it is accepting applications for wannabe space explorers who wish to fire their name to the Red Planet.

Are you impressed by the lightning sprite image? Let us know in the comments…