THE Moon can guide you to a fun star pattern this week.

It’s known as the Winter Hexagon and it includes stars from six different constellations. 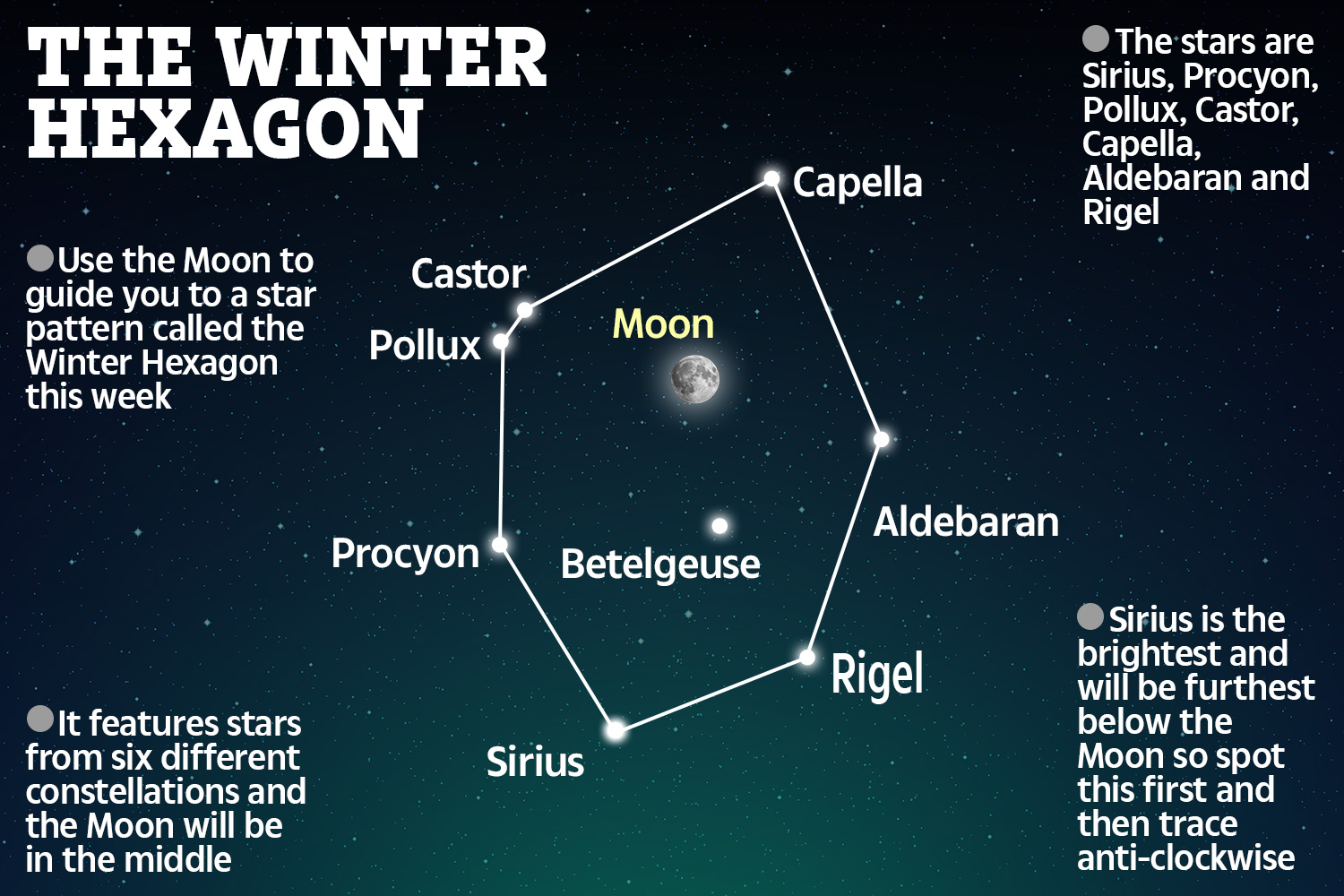 In astrology terms the pattern is referred to as an asterism.

That means it’s a pattern that connects the stars into a shape.

The Winter Hexagon connects stars from six different constellations and the Moon will be in the middle. 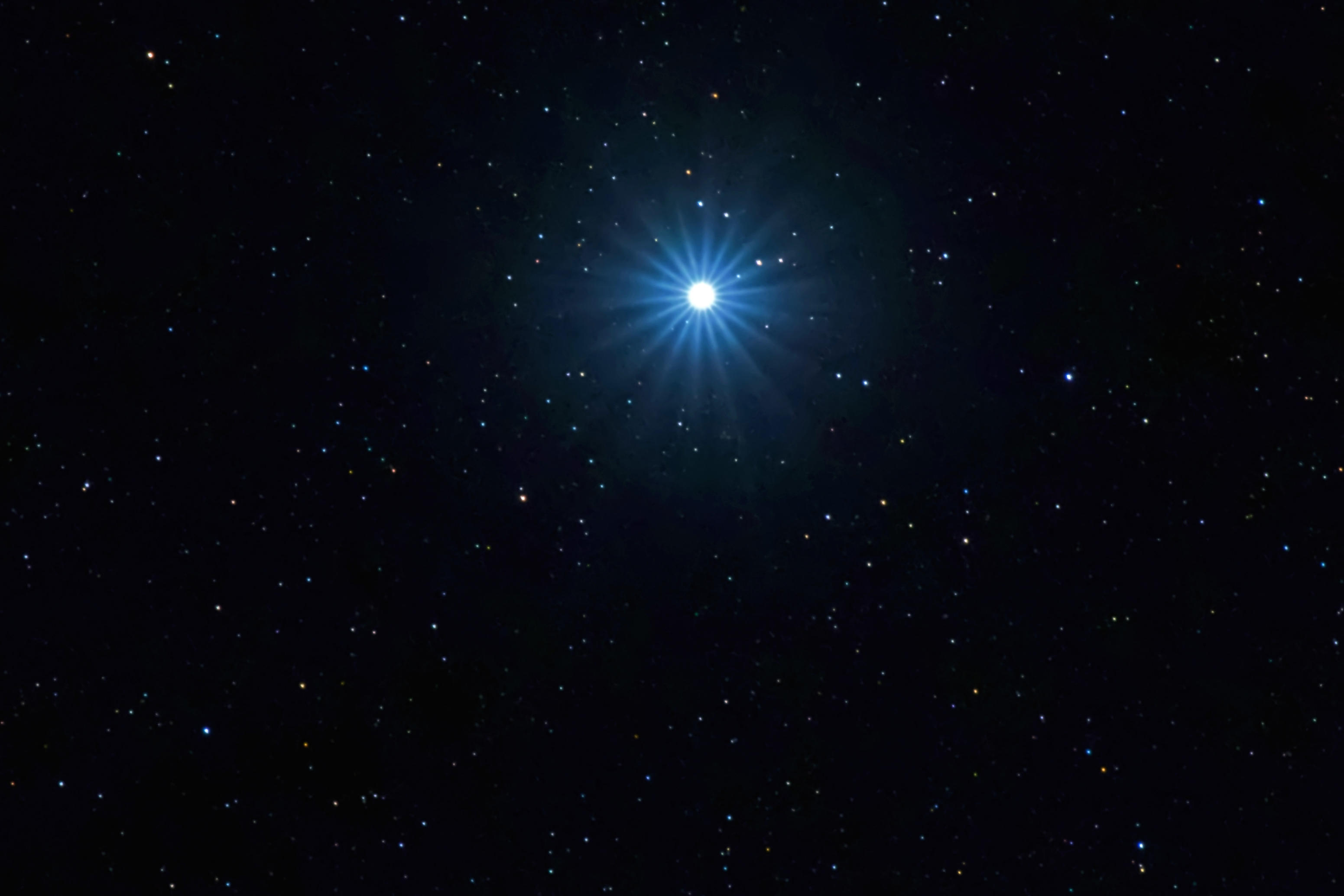 The brightest star is Sirius so you should look for this firstCredit: Alamy

How to see the Winter Hexagon

You can use the Moon as a to guide the Winter Hexagon star pattern on Monday and Tuesday this week.

However, binoculars or a small telescope could give you a much better view.

Sirius is the brightest star and will be the one furthest below the Moon.

You might want to spot this first and then trace the shape anti-clockwise towards the Rigel star to the upper right and then upwards again to Aldebaran.

Try looking towards the southern sky in the late evening around 10pm.

Although the pattern is called a “Hexagon”, Pollux and Castor in the Gemini constellation give the shape a little extra edge. 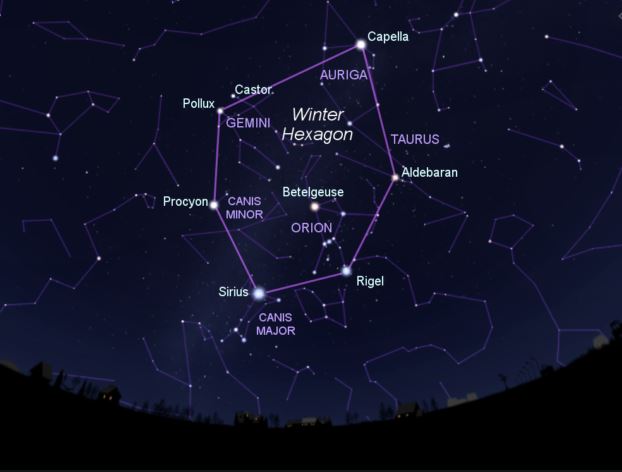 Bright star Betelgeuse can also be found in the centre of the pattern.

The same view is said to be visible in Australia but upside down and in the northern sky.

If you’re unsure what you’re looking at you could always download a night sky scanning app that lets your smartphone pinpoint constellations and stars.

Here’s an easy guide to get you started…

In other news, a Full Wolf Moon will take to the night sky this week.