Wind energy is surging in the United States. In 2020, turbines generated about 8 percent of the country’s electricity — roughly 50 times the share of wind-generated electricity in 2000 —according to the U.S. Energy Information Administration. While the growth is a positive step toward curbing climate change, scientists say, it could be bad news for birds.

An estimated 140,000 to 500,000 birds die each year due to turbine collisions. Bird deaths could soar to 1.4 million per year if the U.S. Department of Energy achieves its goal of expanding wind energy to 20 percent of the country’s electricity demand by 2030.

To prevent avoidable deaths, some scientists are advocating for the use of citizen science and bird migration data when deciding where to construct wind farms. The wind energy industry could use such information to get a more comprehensive picture than traditional surveys provide and minimize harm to birds and other wildlife (SN: 9/30/14).

Citizen science is already proving that it can fill vital information gaps. From 2007 to 2018, more than 180,000 birders uploaded observations about bald eagles (Haliaeetus leucocephalus) to the eBird database. Using that treasure trove of data, conservation scientist Viviana Ruiz-Gutierrez and colleagues estimated where in the United States the birds would be most abundant throughout the year — and face the highest risk of colliding with wind turbines. Unlike traditional survey data, which cover limited time periods or locations, the citizen science data span the entire United States and reflect the entire year, the team reports March 14 in the Journal of Applied Ecology. 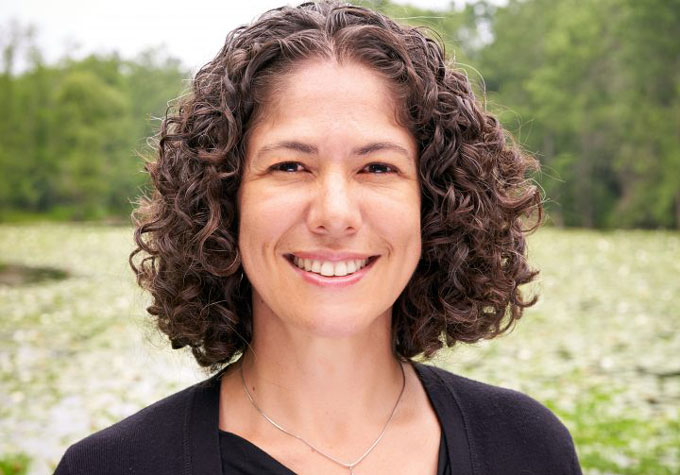 “What we’re able to do is really harness strength that only citizen science has,” says Ruiz-Gutierrez, of the Cornell Lab of Ornithology. The U.S. Fish and Wildlife Service has recommended using the team’s bald eagle maps to identify low-risk collision areas that are suitable for building wind turbines.

Turbines can also indirectly harm animals by altering their habitats. Take whooping cranes (Grus americana). Each year, the only naturally occurring population of the endangered birds migrate from coastal Texas to Canada and back — a nearly 8,000-kilometer round trip — flying over a handful of U.S. states that produce most of the country’s wind energy. To get a better idea of how wind energy infrastructure affects the birds, researchers analyzed GPS location data from 57 cranes tracked from 2010 through 2016.

Cranes avoided resting at sites along the route that were near wind turbines, wildlife biologist Aaron Pearse of the U.S. Geological Survey and colleagues report March 7 in Ecological Applications. The birds are “less likely to use stopover sites if a wind structure, or group of wind structures, are within about five kilometers,” says Pearse, who is based in Jamestown, N.D. As of early 2020, this equates to a net loss of 5 percent of the birds’ habitat.

But over the study period, the team also found that the number of turbines in the whooping cranes’ migration corridor more than tripled from 2,215 to 7,622. If this trend continues, then continued habitat loss could lead to population decline, Pearse says. That’s one of the reasons why whooping cranes became endangered in the first place.

New Look slashes 25% off EVERYTHING until Wednesday instore