A MIND-BLOWING video has laid bare the enormous scale of some of our Solar System’s most famous asteroids. 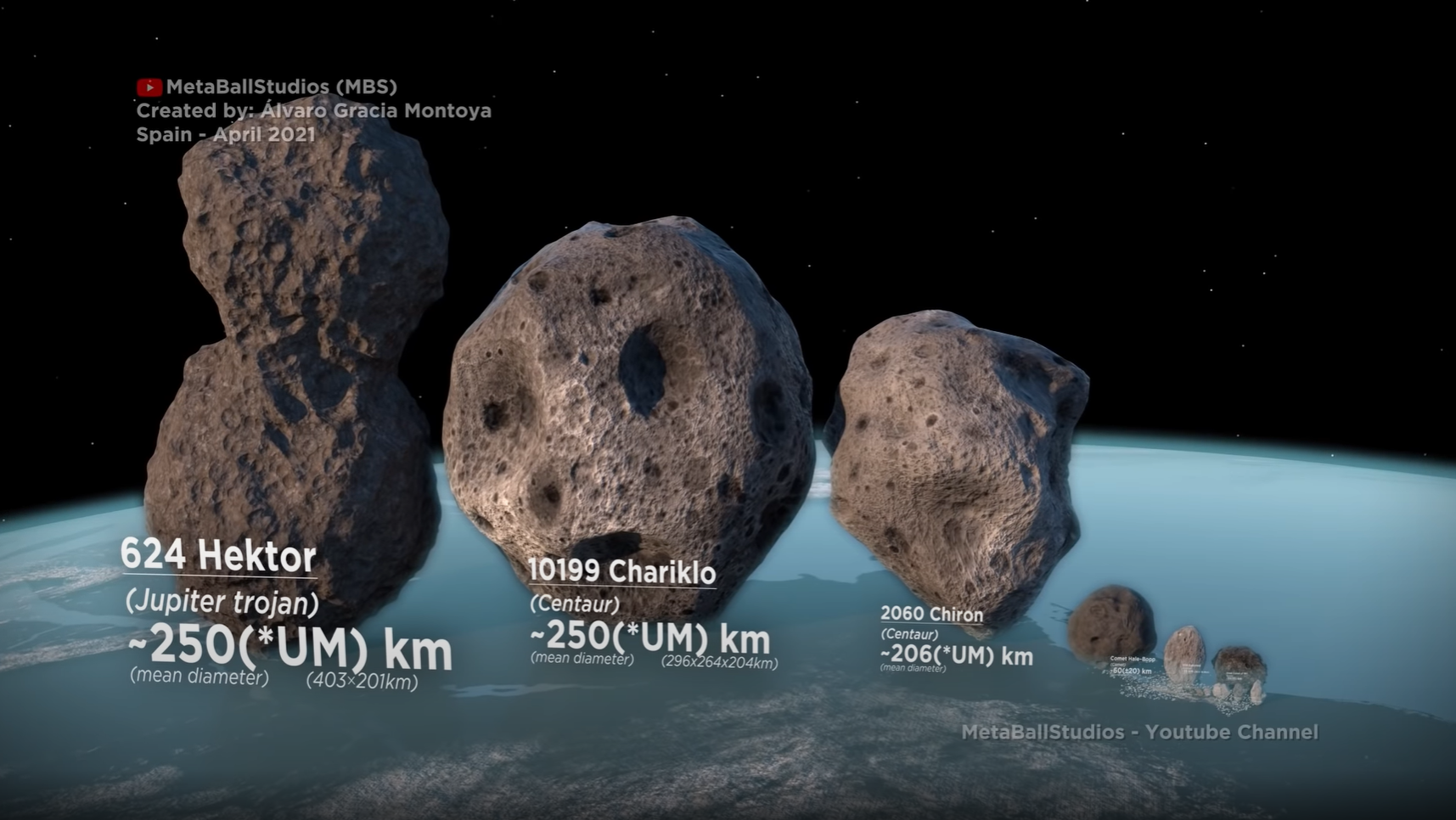 Hektor, the largest asteroid presented in the video, is a staggering 250km (155 miles) wideCredit: metaballstudios

Computer generated mock ups of the rocks are lined up next to a silhouette of the city to give viewers an idea of their gargantuan scale.

As well as real rocks past and present, the group includes objects from Hollywood flicks such as the Texas-sized asteroid in 1998’s Armageddon.

One of the huge space stone featured even has a small chance of hitting Earth within the next 200 years.

Alvaro uploaded his slick creation to his YouTube channel on April 10. 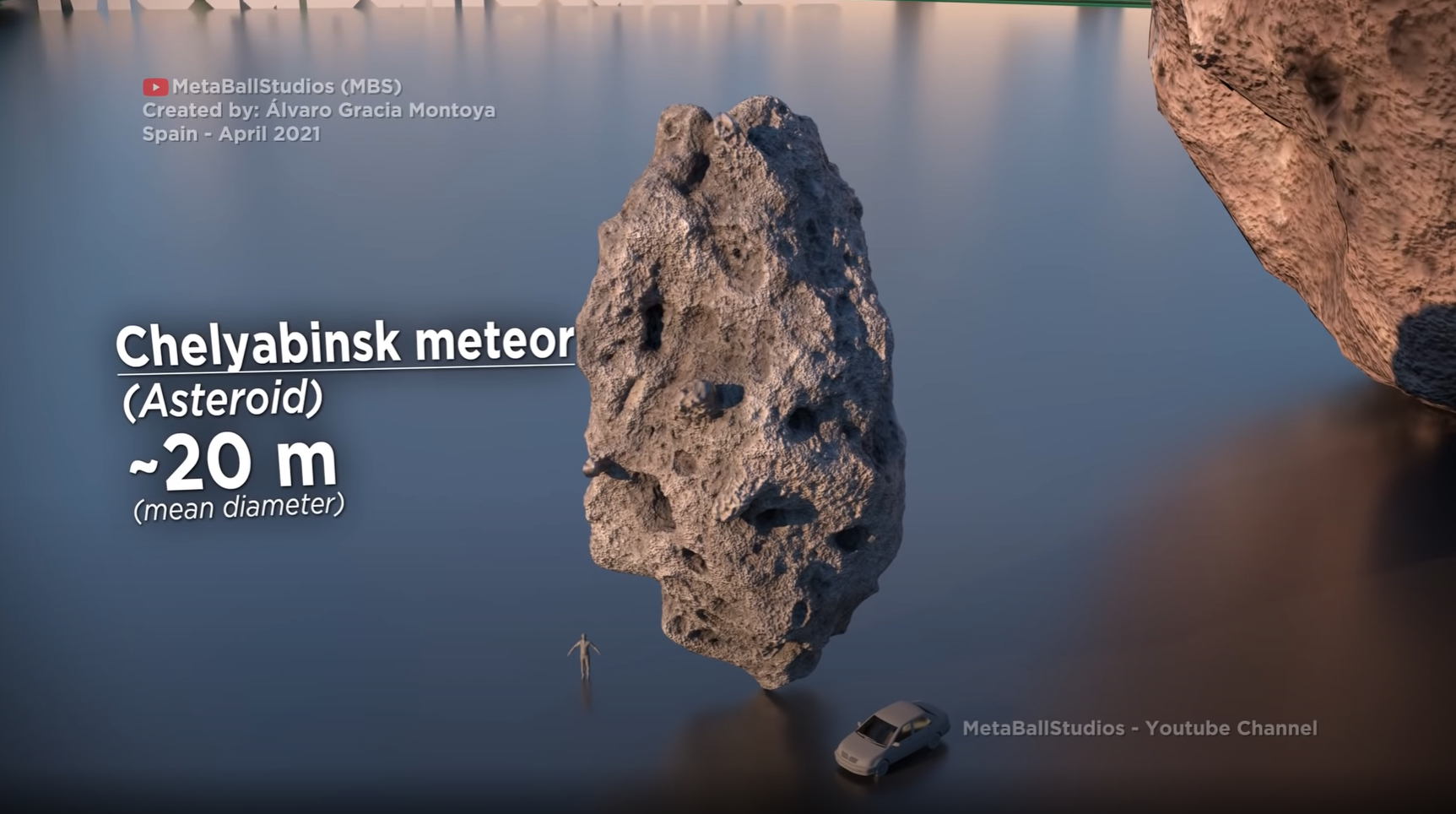 The smallest featured, Chelyabinsk, exploded over Russia in 2013 and measured just 20m (65ft) across.

More than 1,600 people were injured by a shock wave triggered by the blast above the city of Chelyabinsk.

Hektor, the largest asteroid presented in the video, is a staggering 250km (155 miles) across and shares the planet Jupiter’s orbit around the Sun.

In-between those two extremes lies the first interstellar object to pass through the Solar System. 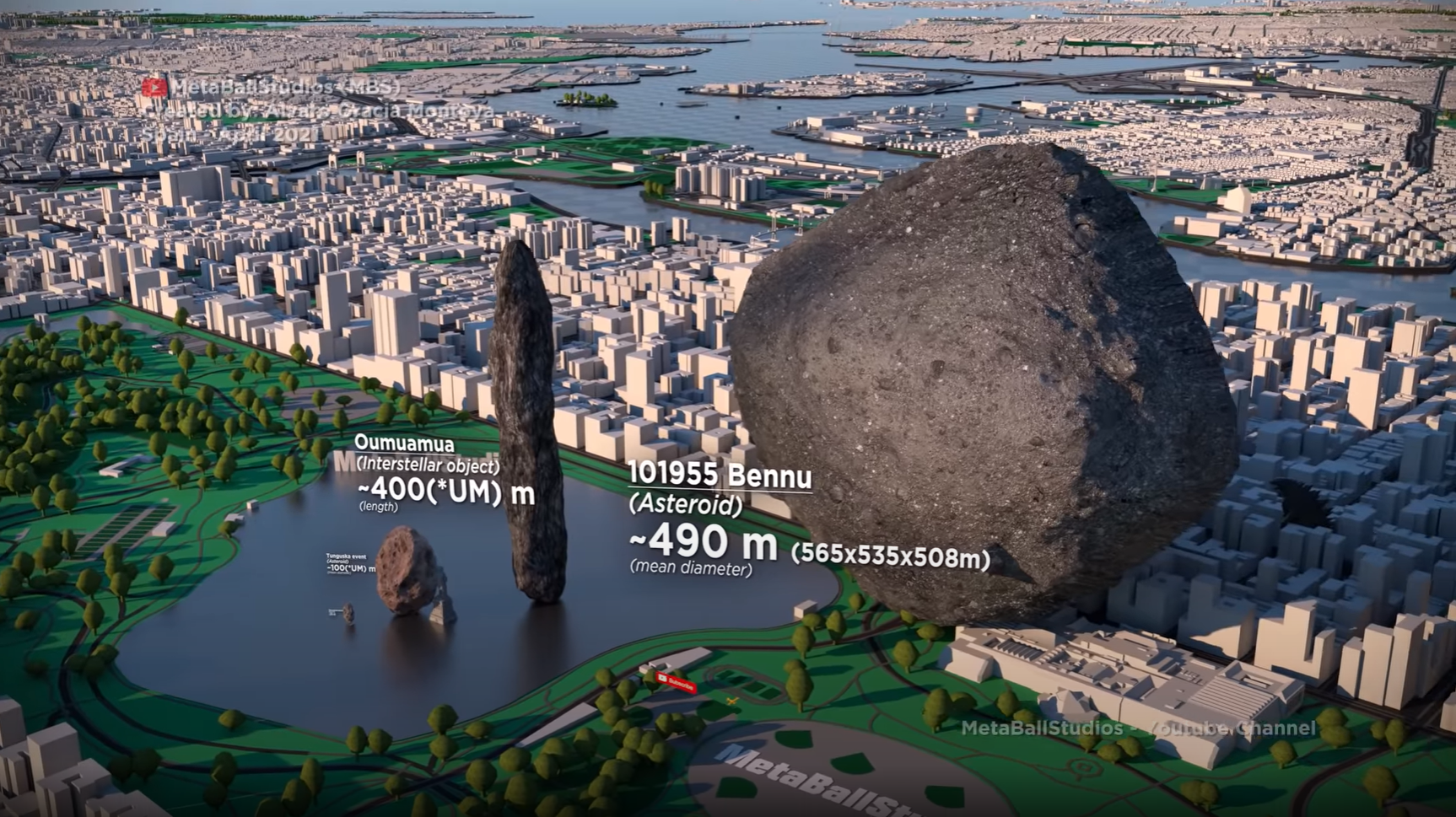 Bennu has a small chance of hitting Earth within the next 200 yearsCredit: metaballstudios

Scientists believe the 400m-wide object Oumuamua, which flashed past Earth in 2017, was a comet flung in our direction from a distant star system.

Asteroid Bennu also gets a showing. It’s as long as ten Olympic swimming pools and has a 1-in-2,700 chance of hitting Earth by 2200, Nasa says.

The space agency landed a probe on Bennu last year as part of a mission to bring alien rock samples back to Earth for further study.

Another highlight of the video is the Tunguska asteroid. 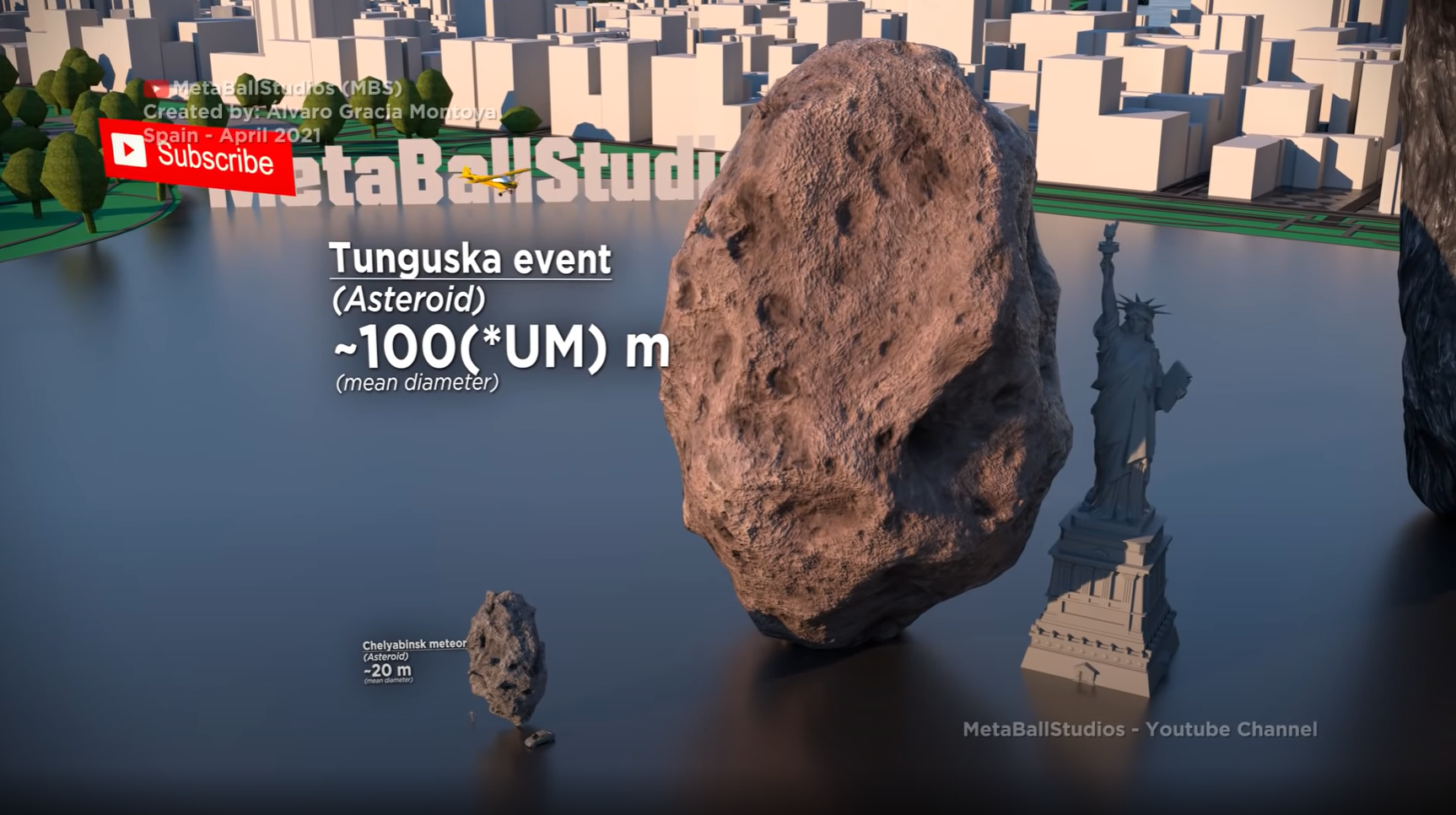 Measuring 100m across, it flattened a remote region of Russia 100 years ago, though miraculously nobody died.

Known as the Tunguska event, the explosion above Siberia in 1908 is the biggest ever documented – equivalent to 185 Hiroshima bombs.

The asteroid would have towered over the Statue of Liberty, according to the video.

Fortunately, Nasa does not believe there’s a credible chance that any of the real asteroids in the video have a strong chance of striking our planet.

In other space news, Nasa has released historic first audio recordings captured on the surface of Mars.

China and Russia have pledged to build a shared Moon base, marking the start of a new era in space cooperation between the two countries.

And, Jupiter and Saturn made a close approach to the Moon last month.

What are your thoughts on the asteroid clip? Let us know in the comments!

UK Covid deaths HALVE in a week with 13 fatalities and 3,568 cases in last 24 hours as shops and pubs reopen