Water problems – drought, with its accompanying wildfires, and flooding – are likely to become much worse around the world as climate breakdown takes hold, according to the biggest assessment of climate science to date.

Global heating of at least 1.5C is likely to happen within the next two decades, according to the Intergovernmental Panel on Climate Change. Temperature rises will be accompanied by big changes in the planet’s water cycle, with areas that are already wet becoming much wetter, and already arid areas becoming prone to greater drought. Extreme rainfall intensifies by 7% for each additional 1C of global heating, the report found.

Prof Mike Meredith, science leader at the British Antarctic Survey and a lead author for the IPCC, said: “As the atmosphere continues to heat up because of global heating, it can hold and transport more moisture – so at the largest scale we expect to see an acceleration of the hydrological cycle: stronger evaporation in the tropics, and more intense rainfall in the high latitudes and some equatorial regions. This will lead to more frequent extreme rainfall events in already wet areas, and a greater incidence and severity of flooding.

“There is already strong evidence that we are seeing such changes. In some dry regions, droughts will become worse and longer lasting. Such risks are compounded by knock-on consequences, such as greater risk of wildfires, such as we are already seeing.”

Prof Ralf Toumi, co-director of the Grantham Institute on Climate Change at Imperial College London, said: “The principle of a warmer world is that more water will be evaporated, which will exacerbate droughts, and this enhanced water in the atmosphere will increase the amount of rain when it does rain.”

The effects will be felt across the globe, from the US, where drought is an increasing problem in the west and south, to India, where the monsoon may become more variable. Sub-Saharan Africa is also likely to experience increased drought in many areas, while flooding and drought will hit China and Europe.

Ilan Kelman, professor of disasters and health at University College London, said: “Climate change will make wet and dry regimes more extreme. Soil moisture will go down and dry spells will go up in already arid regions such as the Mediterranean and southern Africa. Seasonal rainfall variability is expected to increase, with fewer days of rainfall alongside increased intensity of downpours.”

Changes to the planet’s natural rainfall patterns are one of the biggest impacts of the climate crisis, and the landmark IPCC report, which was published last week, contains more than 200 pages on this issue alone. A fuller discussion of the expected impacts of the climate crisis on water will come next February, in the second part of thereport – the sixth from the world authority on climate science since 1988 – but the findings so far contain the starkest warnings yet of the problems the world faces.

The monsoon in south Asia – which is key to the lives and agriculture of more than one billion people – is a particular source of concern, as are glacier-fed areas, where first flooding and then water scarcity are likely to become increasingly common as glaciers shrink and some smaller glaciers disappear.

The IPCC was cautious on the potential impacts on monsoons, with some studies pointing to a potential weakening and some to a strengthening. Monsoons are likely to become more variable in future. “On the one hand we know that for a given monsoon wind pattern there will be more rain, but the monsoon wind pattern may weaken, so that net effect is uncertain,” said Toumi. 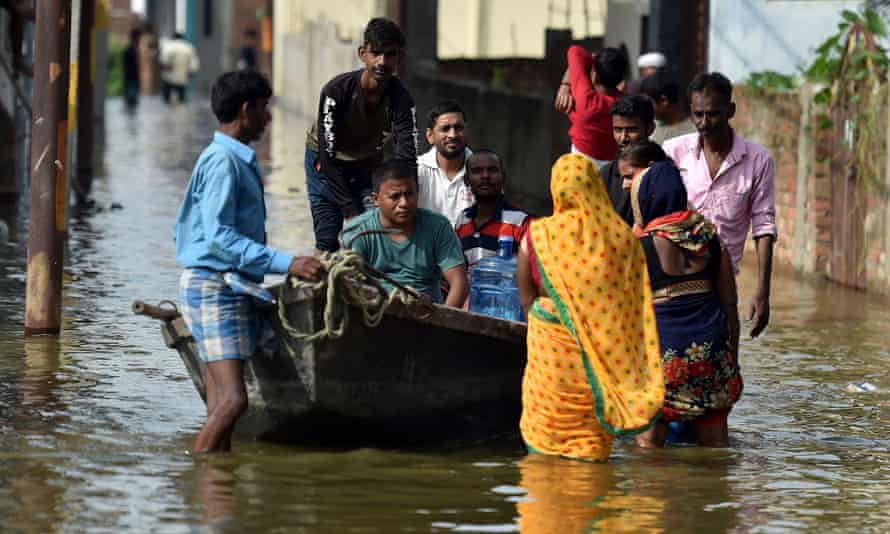 Residents wade through floodwater near the banks of the Ganges in Allahabad, India. Photograph: Sanjay Kanojia/AFP/Getty Images

Dr Andy Turner, associate professor in monsoon systems at Reading University, and a lead author for the IPCC, said: “Particularly for the monsoons in south and south-east Asia, east Asia and the central Sahel [in Africa], monsoon precipitation is projected to increase by the end of the century. However, near-term monsoon changes will be dominated by the effects of internal variability. Each additional degree of warming will exacerbate the frequency and severity of extreme events in monsoon regions, such as periods of heavy rainfall, flooding and drought.”

Hundreds of millions of people also depend directly on glaciers for their water and agriculture, and these are also likely to be among the water systems worst affected. Roger Braithwaite, honorary senior research fellow at the University of Manchester, said: “Measurements show glaciers in many parts of the world currently have negative mass balances even with present global mean temperatures. Glaciers are therefore not ‘safe’ under the Paris agreement [which limits warming to 1.5C as an ambition, and 2C as an outer limit].”

Meredith added: “Glaciers worldwide have retreated since the 1990s; this is unprecedented in at least two millennia, and is a clear signal of the impacts of global heating. For many communities downstream, high-mountain glaciers are fundamental to their way of life, providing a reliable source of freshwater for drinking and irrigating crops. As these glaciers continue to retreat, initially the stronger melt will cause greater risk of floods, avalanches and landslides – direct hazards for those living downstream. In due course, the decrease in freshwater available will shift the risk to being that of drought. There are millions of people who live downstream of major mountain glacier systems such as the Himalayas; this is of extreme concern to their lives and livelihoods.” 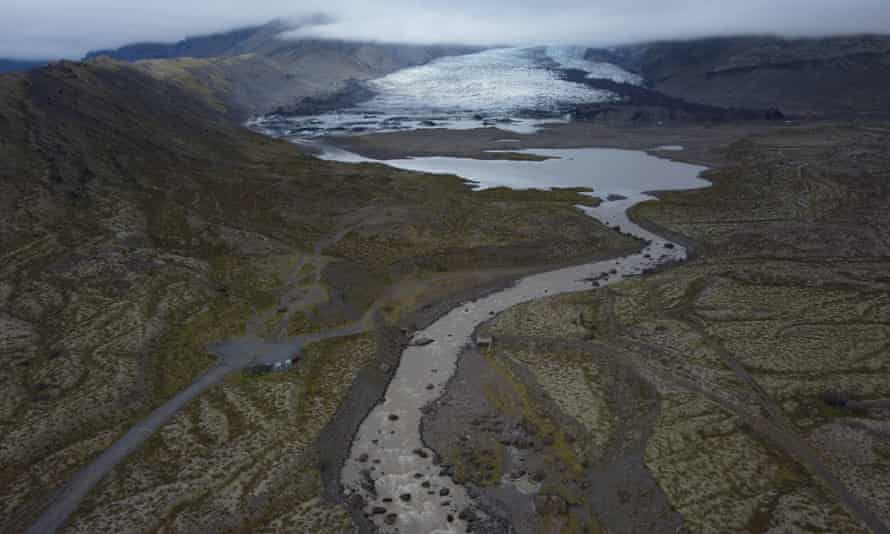 The receding Kviarjokull glacier in Iceland. Since the 1990s, 90% of Iceland’s glaciers have been retreating. Photograph: Sean Gallup/Getty Images

These impacts on water systems are already bringing devastation to millions of people around the world, worsening poverty, disrupting societies and turning life into a daily struggle for some of the most vulnerable, said Jonathan Farr, senior policy analyst for climate change at the charity WaterAid.

He pointed to Malawi, where the second biggest lake, Lake Chilwa, is central to the lives of 1.5 million people. “While its levels have always fluctuated, it’s now happening more frequently and to greater extremes, affecting the local communities. Women, most often responsible for securing water for their families, can often queue at the borehole for many hours, sometimes through the night, waiting for the levels to refill to the point where they can draw water.”

Governments meeting for the UN Cop26 climate summit in Glasgow in November must take action not just on greenhouse gas emissions, but on providing funding for poor nations to adapt to the impacts of the climate crisis that are already being seen, he added.

Could whistling shed light on the origins of speech? | Language