HUGE megalodon sharks that ruled the oceans over three million years ago were bigger than most human adults from birth.

This is according to new research into the scary ancient creatures that claims the sharks were around 6.5 foot (2 metres) when they first left the womb. 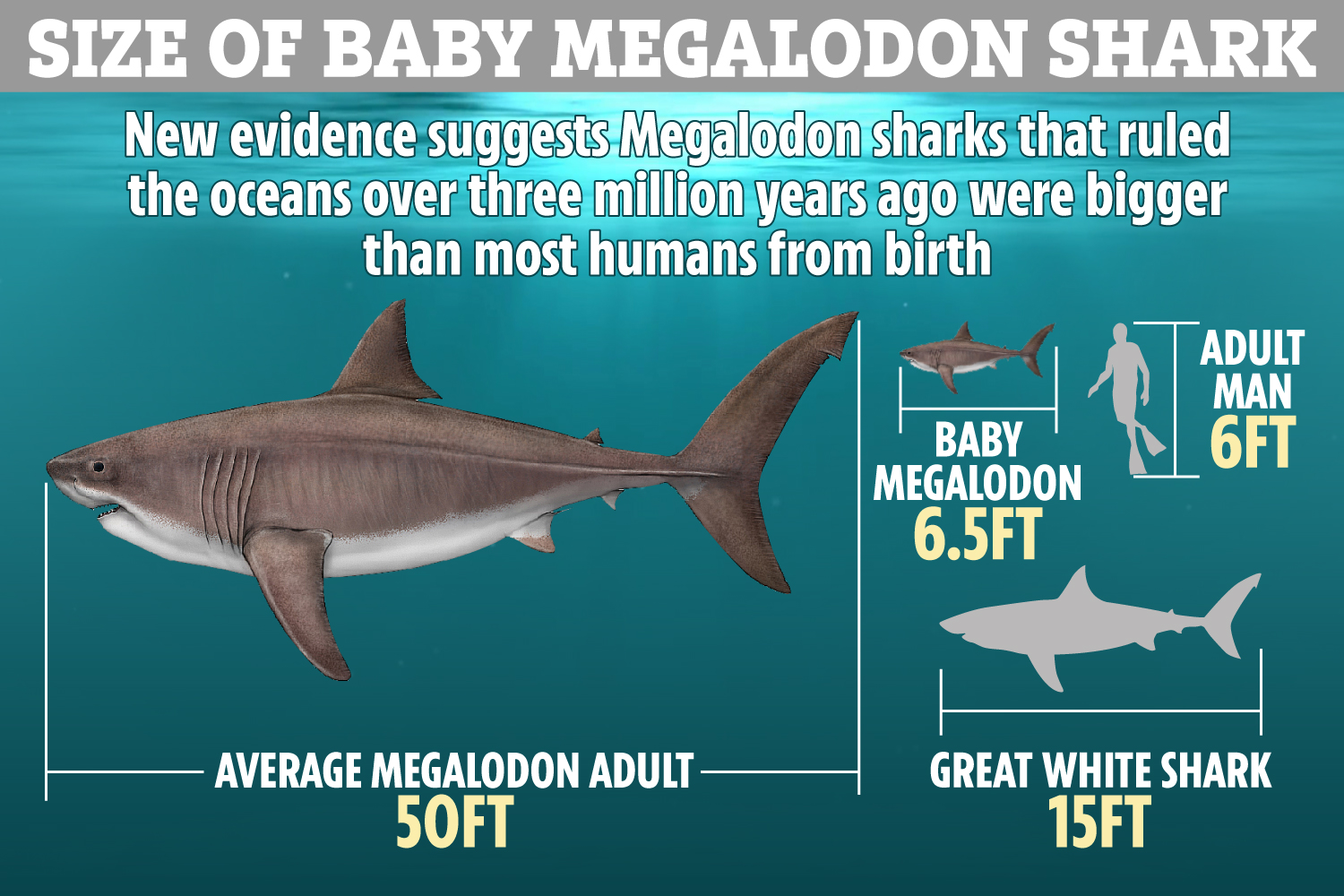 The new research focused on X-rays of fossilised bones from the spine of a megalodon.

Evidence of megalodons has been found in the form of fossils and teeth in oceans all over the world.

They are thought to have died out around three million years ago.

Lots of researchers think the adults grew to around 50 foot when they were fully grown. 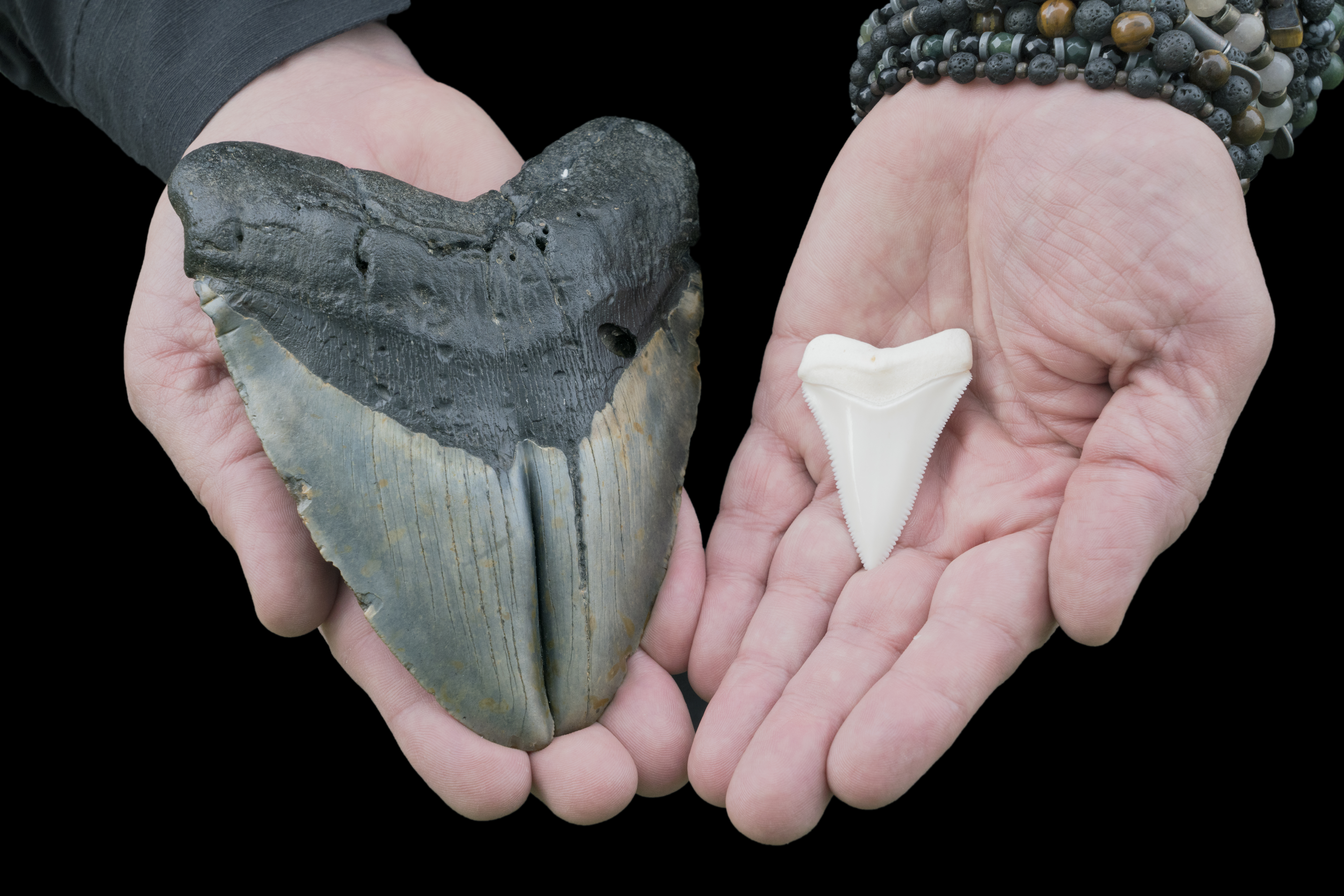 Lots of megalodon shark teeth have been found but never an entire skeletonCredit: Getty Images – Getty

However, other research suggests they could have grown up to 59 feet (18 metres).

The new study, led by Professor Kenshu Shimada, explains that the reseachers “examined incremental growth bands in fossil vertebrae of a 9.2-m-long individual O. megalodon, revealing that the shark was born large, 2 m in length, and died at age 46.”

The scientific name for the extinct sharks is Otodus megalodon.

Growth bands on the spinal bones of the fossil used in the study indicated that the shark was around 6.5 foot when it was born.

It’s thought to have died at 46 years old due to 46 growth bands being noted.

However, the giant sharks are thought to have been able to live for around 88 years. 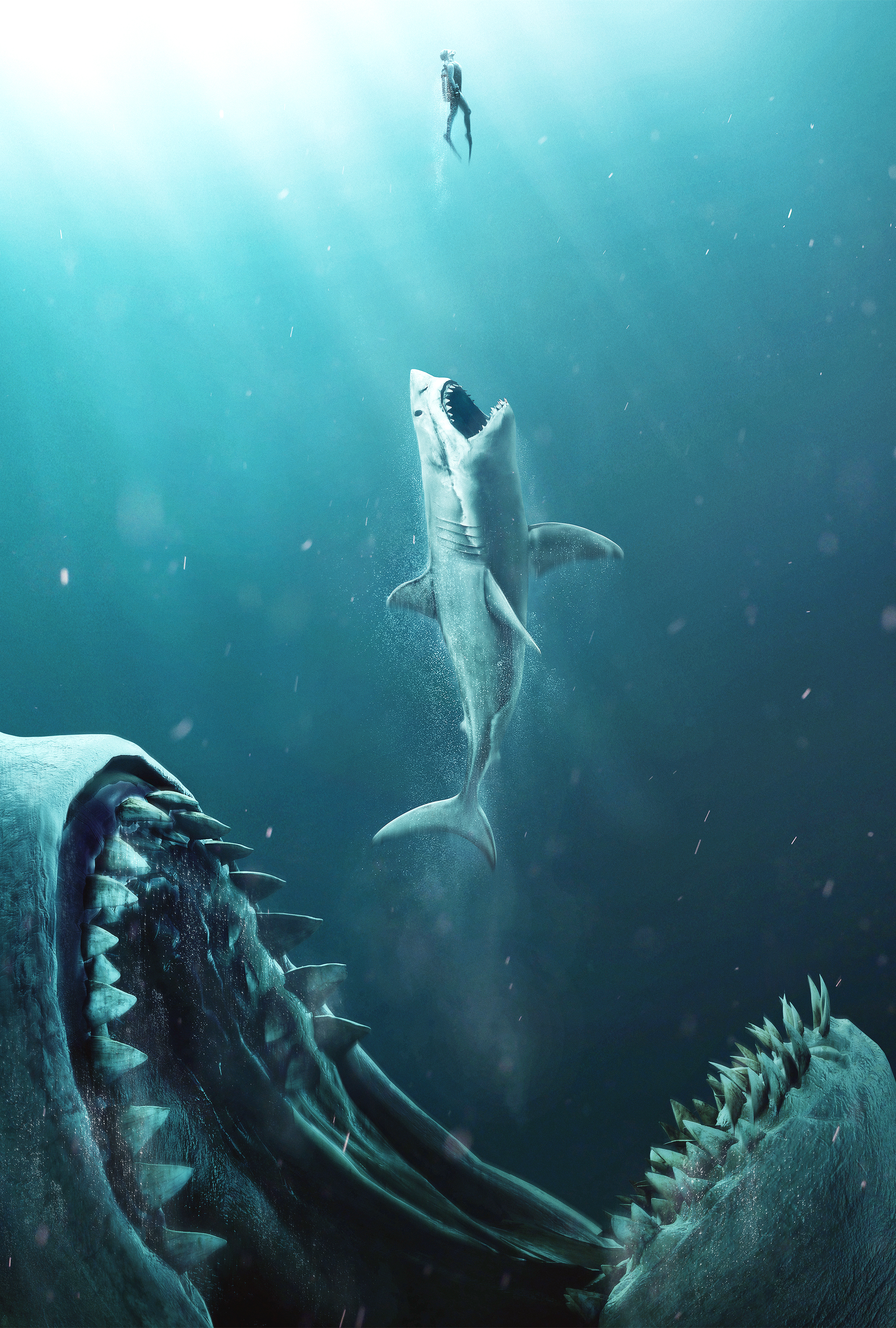 ‘The Meg’ is a sci-fi film based on megalodon sharks that was released in 2018Credit: �Warner Bros./ Supplied by LMK

One theory for why the sharks grew so big before birth is that they ate all their other siblings in the womb.

Cannibalistic egg-eating behaviour when the sharks were just embryos may have helped them nourish themselves to such a huge size.

This theory is based on what we know about modern day lamniform sharks.

The first shark pup inside this type of shark tends to eat the rest of the eggs so by the time it leaves its mothers womb it’s already large enough to defend itself.

This behaviour is called intrauterine cannibalism.

In the wild, it’s thought megalodons would have eaten whales but could have probably preyed on any creature they wanted.

A full megalodon skeleton has never been found because their cartilaginous bones don’t preserve well.

How common are shark attacks?

Every year, around 70 shark attacks are reported worldwide – and only a fraction of these are fatal.

Given that there are more than 480 different species, this is a relatively small number.

Only three sharks are considered to carry out unprovoked attacks on humans: the great white, tiger and bull.

When a human touches or aggravates a shark before the creature retaliates, it is known as a “provoked attack”.

There are three different types of unprovoked attacks…

Hit-and-run: This is the term used to describe the most common type of shark attack, which thankfully doesn’t tend to lead to fatal injuries.

In this instance, the shark will bite its victim and leave, usually because the creature has mistaken the swimmer for its natural prey.

Sneak: This attack is often fatal, but it is extraordinarily rare.

In these cases, the creature will wound and bite an unsuspecting victim with the intention of consuming them.

Bump-and-bite: This attack is typical to the great white, where the shark will circle its victim before biting and returning for more.

In other news, a ‘dance floor of death’ where John the Baptist may have been sentenced to a deadly punishment has been discovered, archaeologists claim.

What are your thoughts on Megalodon sharks? Let us know in the comments…

3 Effective Ways To Collaborate With Your Team