THE MOST distant known object in our Solar System has been identified by astronomers.

It’s been given the fitting nickname “Farfarout” and is classified as a ‘planetoid’. 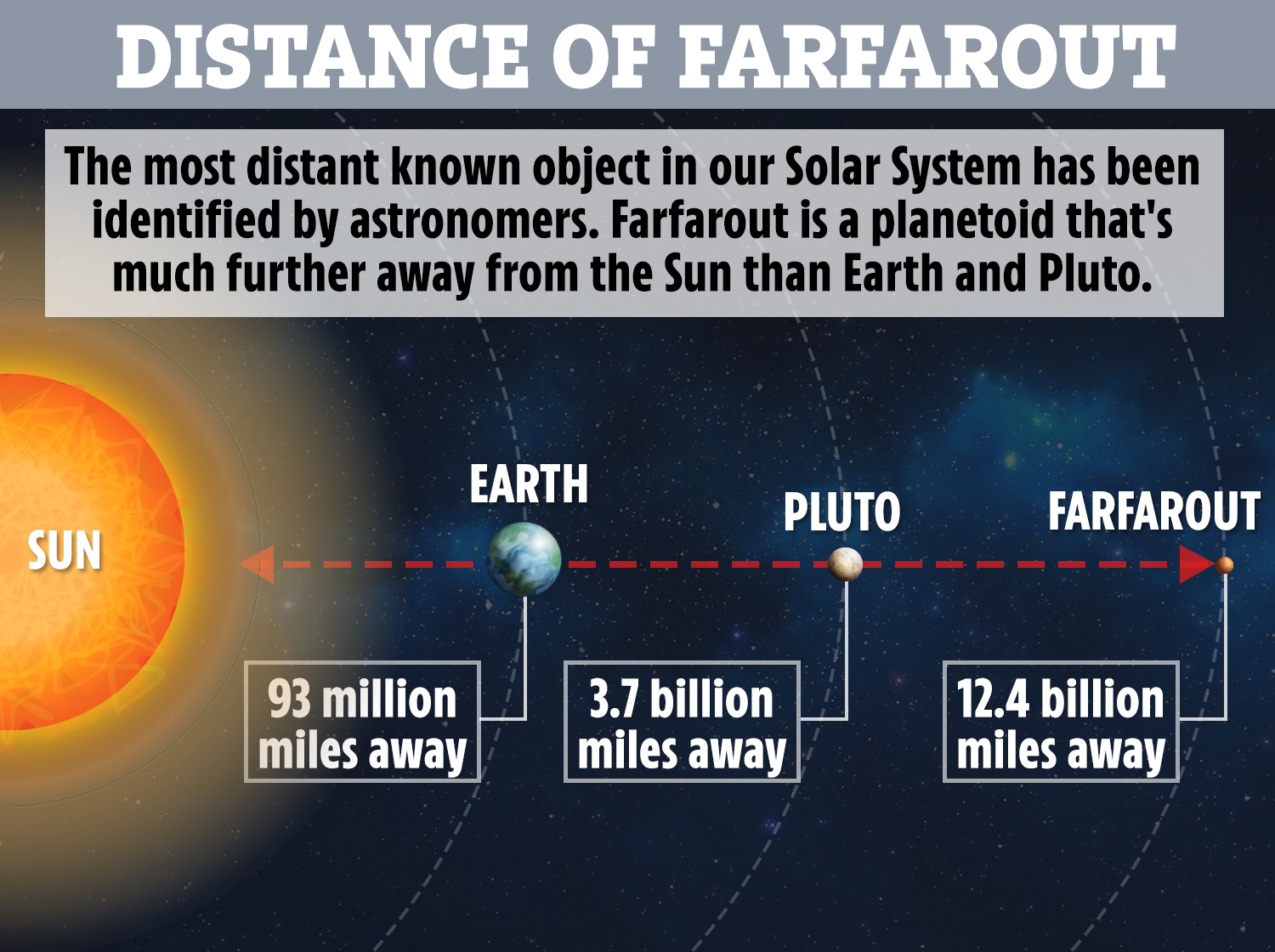 This means it’s too small to be considered a planet or a dwarf planet but is still a mass that orbits our Sun.

There was once a time when astronomers thought Pluto was the most distant object orbiting the Sun.

Advancements in technology mean scientists now have a much deeper gaze into the space.

Scientifically known as 2018 AG37, Farfarout is around 12.4 billion miles from the Sun. 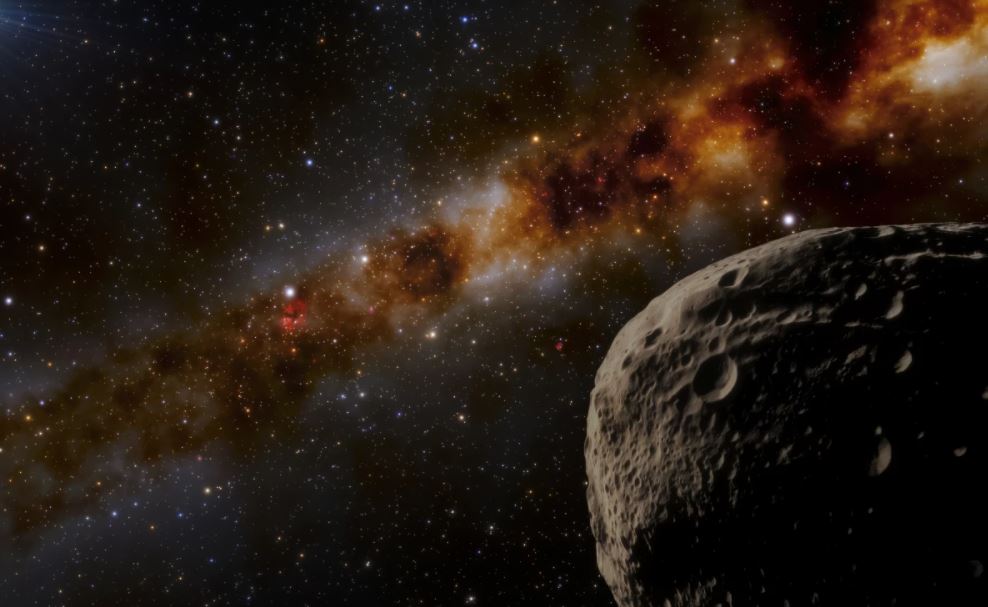 In comparison, Earth is only around 93 million miles away.

Dwarf planet Pluto is about 3.7 billion miles away.

However, Farfarout occasionally moves closer to the Sun and Earth on it’s 1,000 year orbit path.

It’s orbit shape means there’s a point every 1,000 years when Farfarout becomes closer to the Sun than both Neptune and Pluto.

So it might be the furthest object in our Solar System for now but it won’t always keep that title. 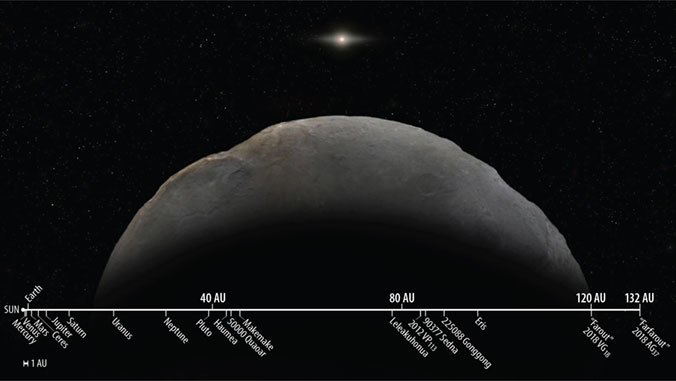 This chart shows how far away Farfarout is when compared to other Solar System objects and is measured using Astronomical UnitsCredit: Roberto Molar Candanosa, Scott S. Sheppard from Carnegie Institution for Science, and Brooks Bays fr

There’s a dwarf planet called Goblin which is currently closer to the Sun than Farfarout but has the potential to move much further away on its orbital path.

Research David Tholen from the University of Hawai’i said: “Farfarout’s orbital dynamics can help us understand how Neptune formed and evolved, as Farfarout was likely thrown into the outer Solar System by getting too close to Neptune in the distant past.

“Farfarout will likely interact with Neptune again since their orbits continue to intersect.”

Farfarout’s 1,000 year orbit time meant the researchers had to study it for years to determine its trajectory.

It was actually discovered back in 2018 but its exact distance hadn’t been determined until recently.

It will remain under observation and eventually be given an official name that’s more serious than Farfarout and less data specific than 2018 AG37.

What is a dwarf planet?

In other space news, an alien-hunting Chinese spacecraft has reached Mars after a six-month journey across the Solar System.

Are you impressed by Farfarout? Let us know in the comments…