SPACEX is today set to launch its third crewed mission, recycling a rocket and spacecraft for the first time.

A team of four astronauts will be propelled into orbit at 5:49am ET (10:49 BST) from Nasa’s Kennedy Space Center in Cape Canaveral, Florida. 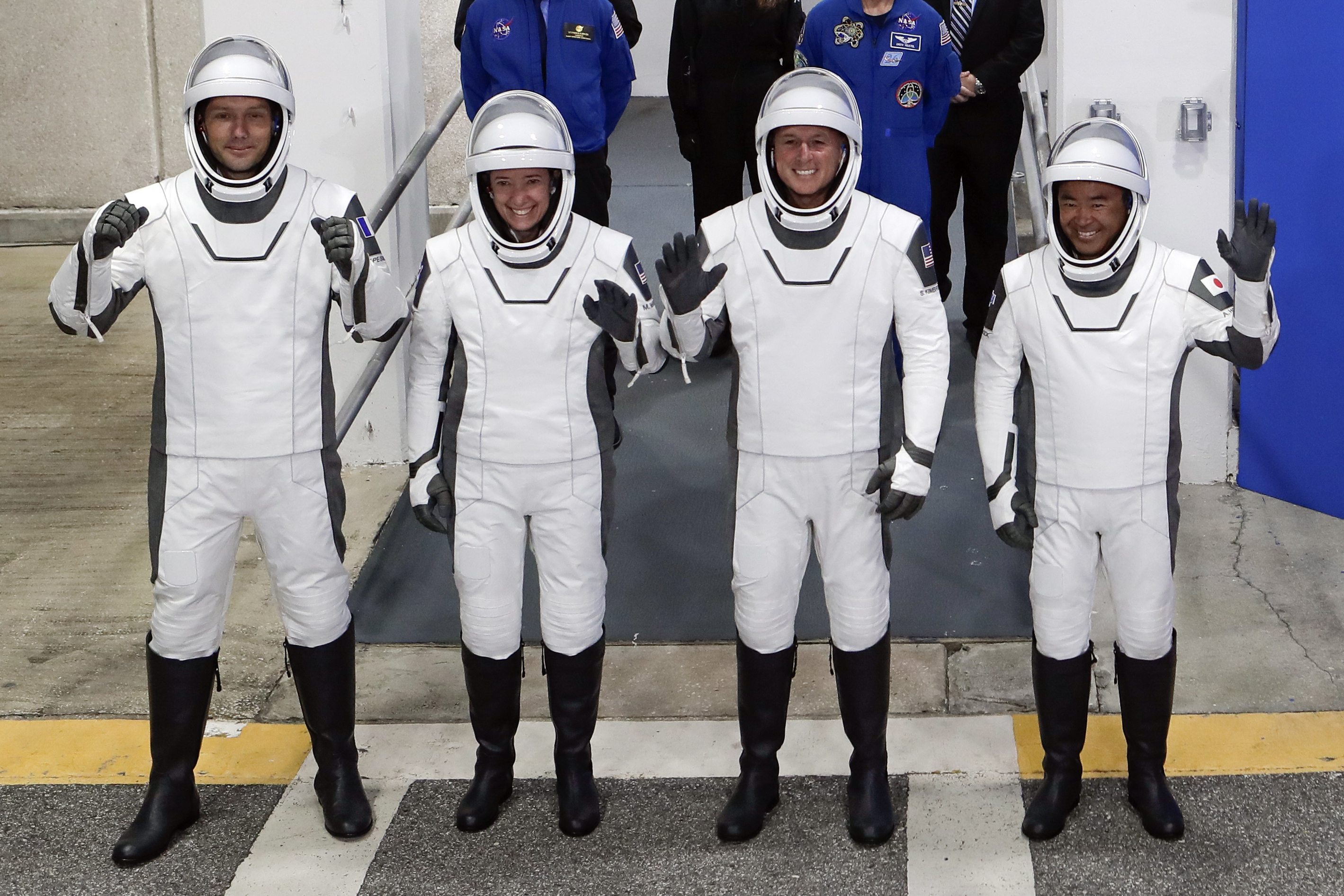 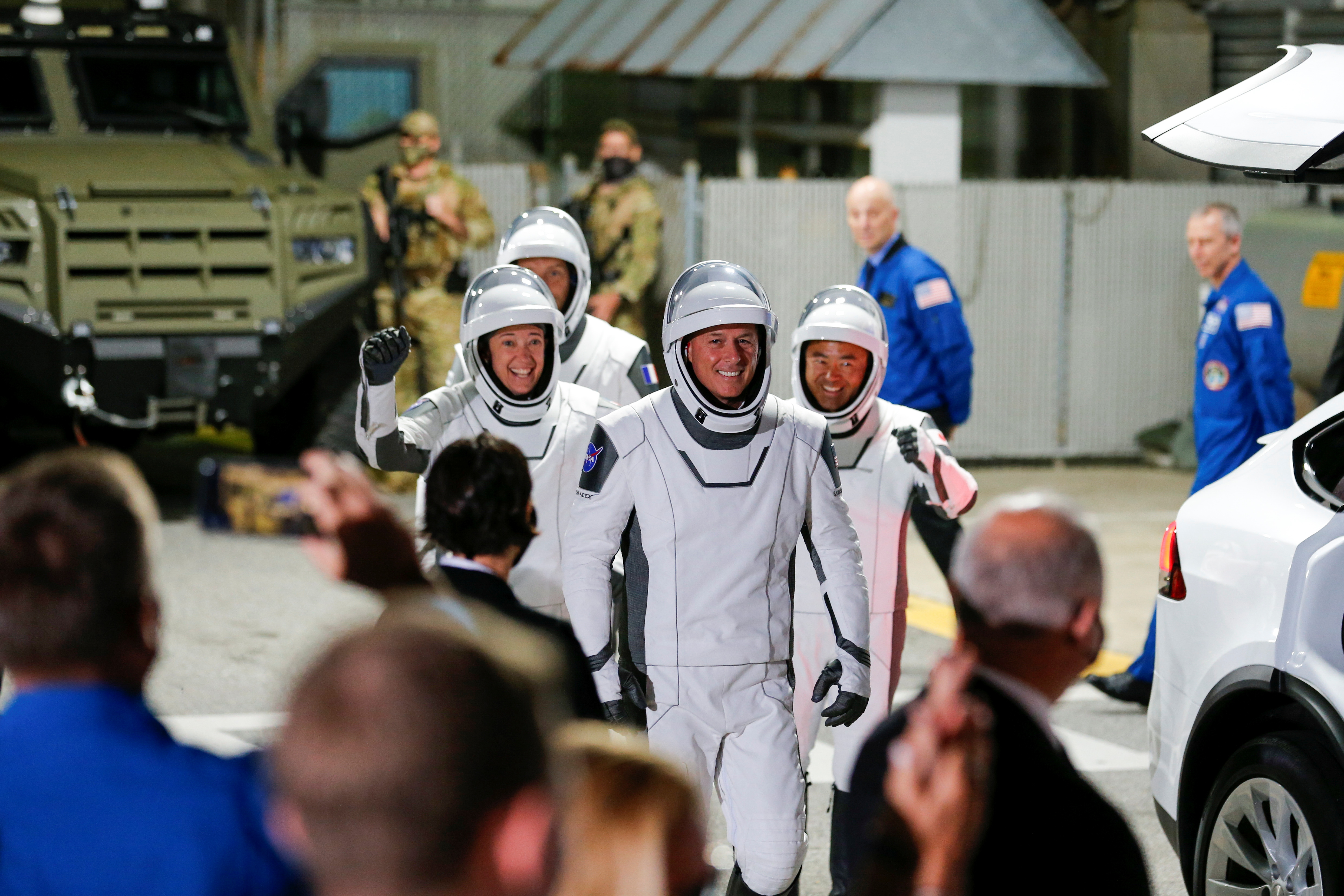 The nearly 24-hour ride to the space station, which orbits some 250 miles (400 km) above Earth, had been set to begin on Thursday.Credit: Reuters

The company’s Crew Dragon capsule, the Endeavour, will liftoff atop a SpaceX Falcon 9 rocket. Both have been used on previous spaceflights.

The nearly 24-hour ride to the space station, which orbits some 250 miles (400 km) above Earth, had been set to begin on Thursday.

However, the flight was delayed for a day by unfavourable weather forecasts along the rocket’s flight path.

For the rescheduled launch window on Friday, meteorologists predicted a 90 per cent chance of favourable weather at the launch site. 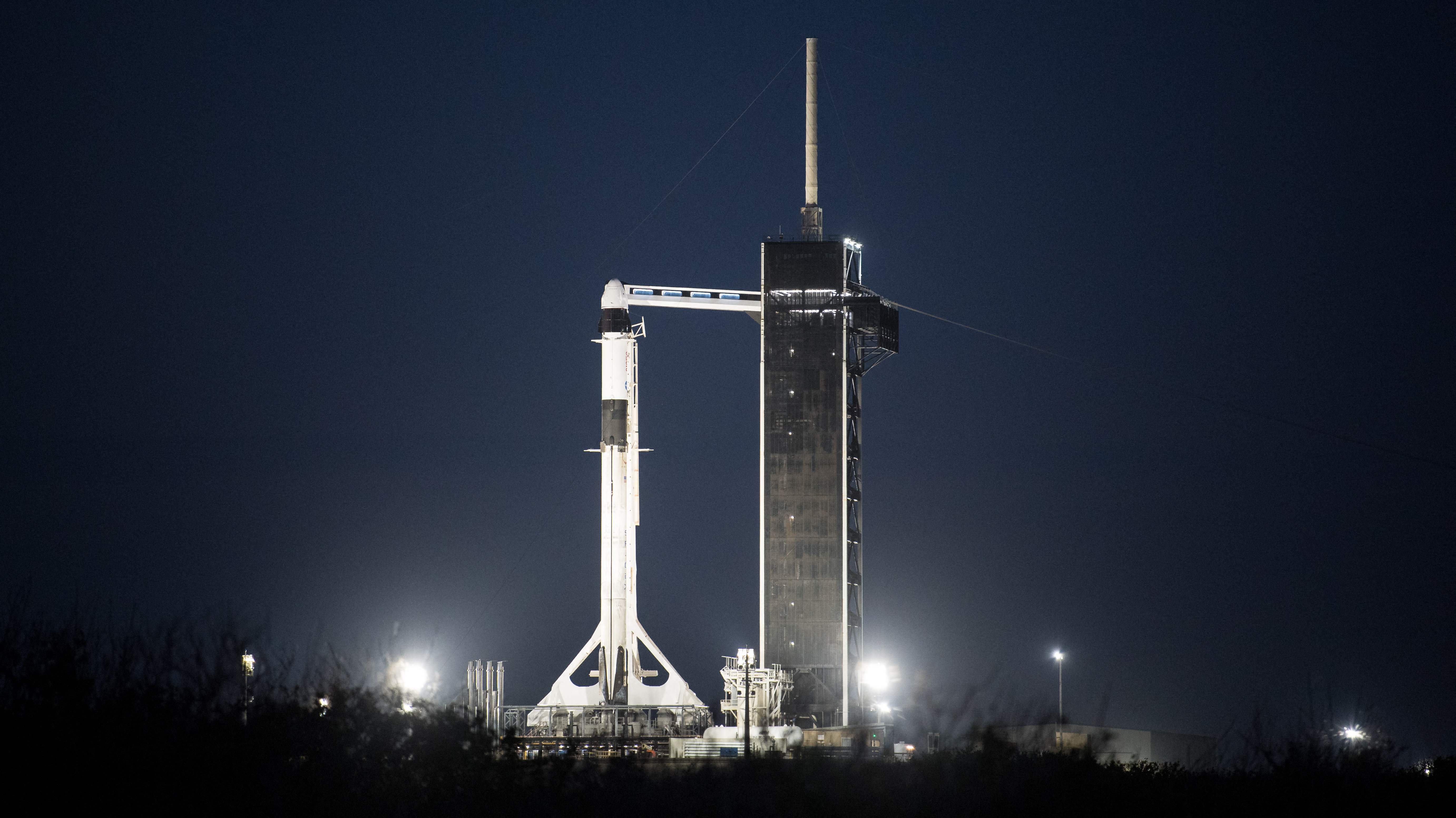 The SpaceX Crew Dragon capsule, the Endeavour, atop a Falcon 9 rocket ahead of launchCredit: AFP 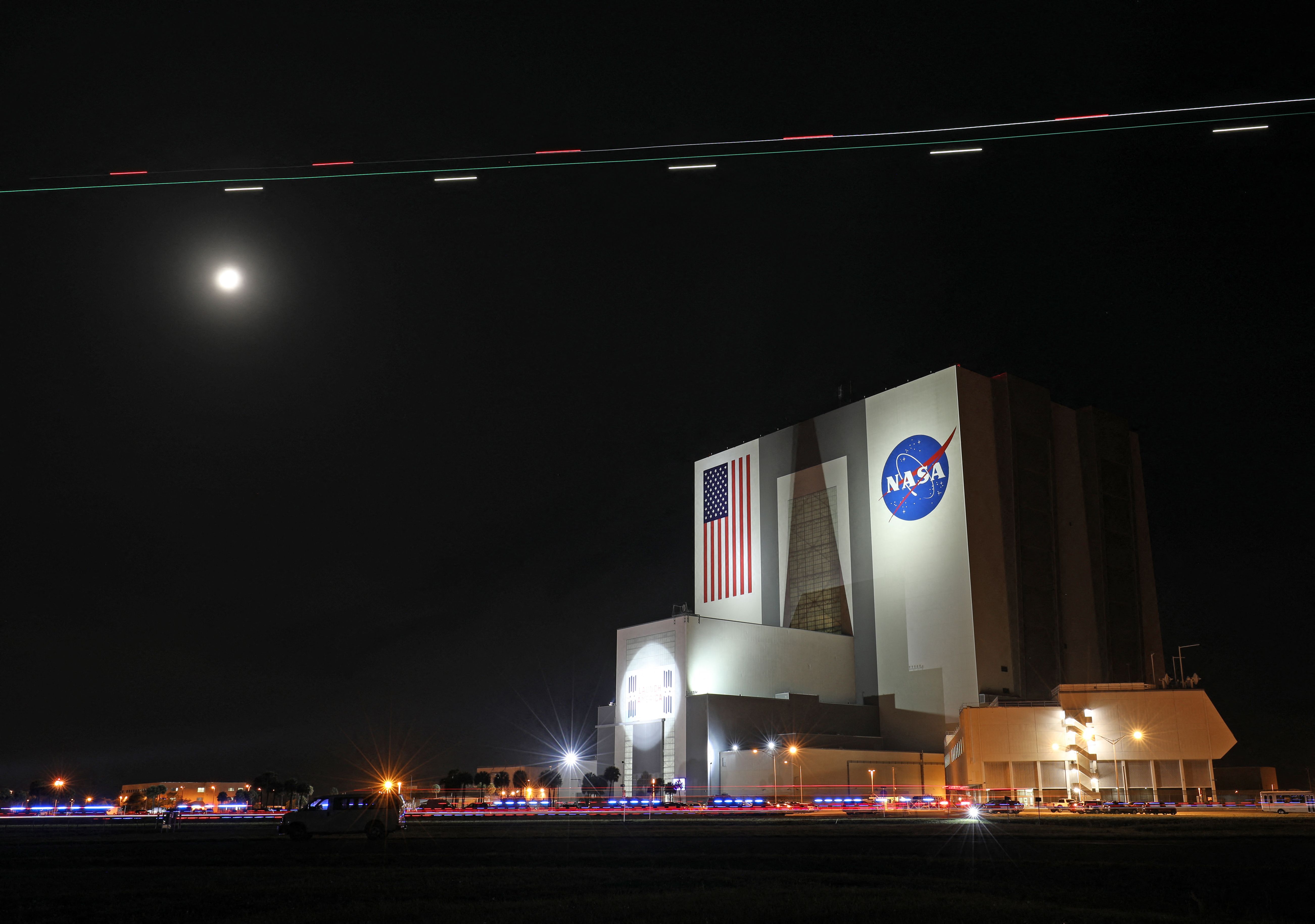 The mission marks the second “operational” space station team to be launched by Nasa aboard a Dragon Crew capsule since the United States resumed flying astronauts into space from US soil last year.

It is also the third crewed flight launched to orbit under Nasa’s fledgling public-private partnership with SpaceX, the rocket company founded and owned by billionaire high-tech entrepreneur Elon Musk. 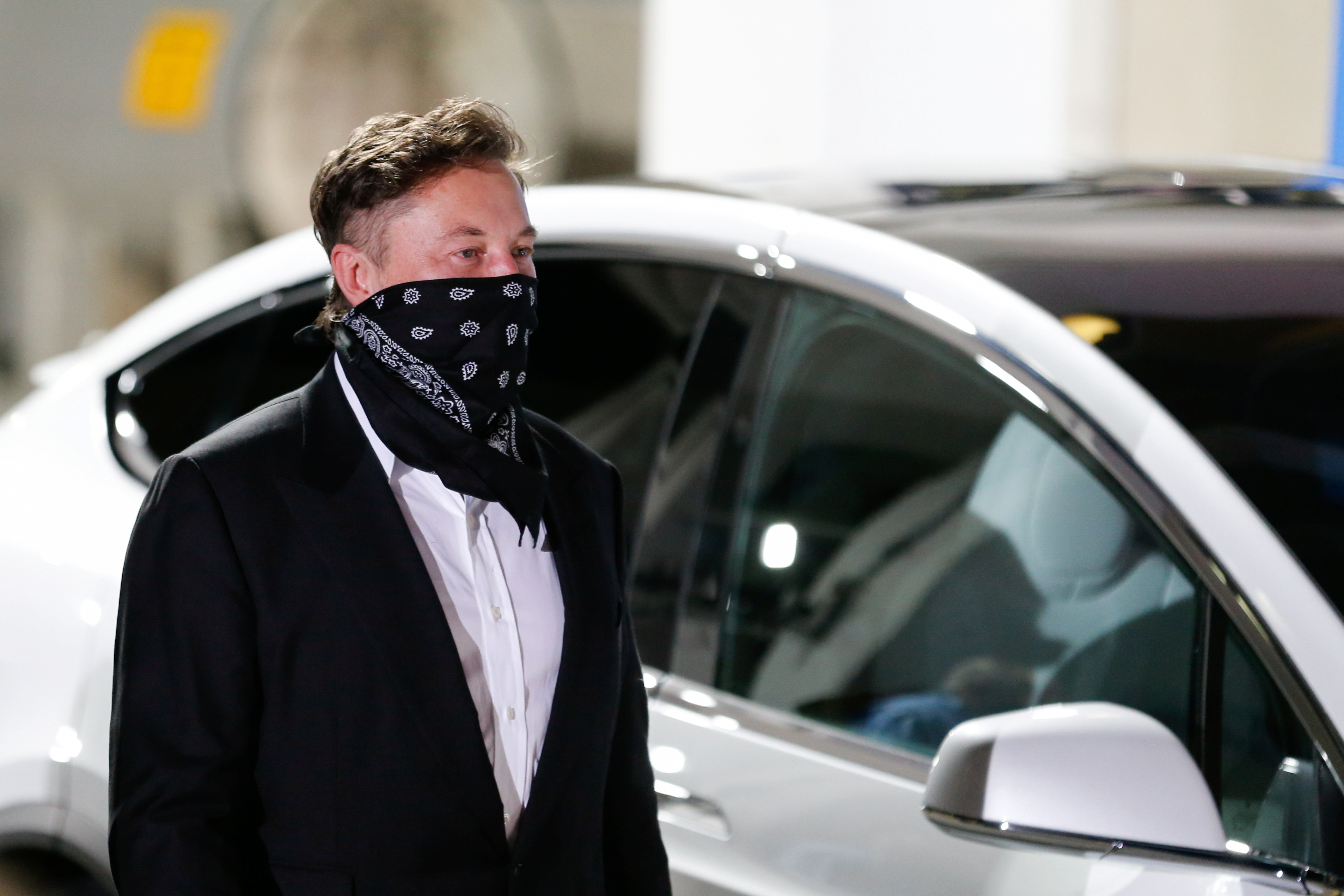 SpaceX boss Elon Musk arrives at the Kennedy Space Centre ahead of the flightCredit: Reuters 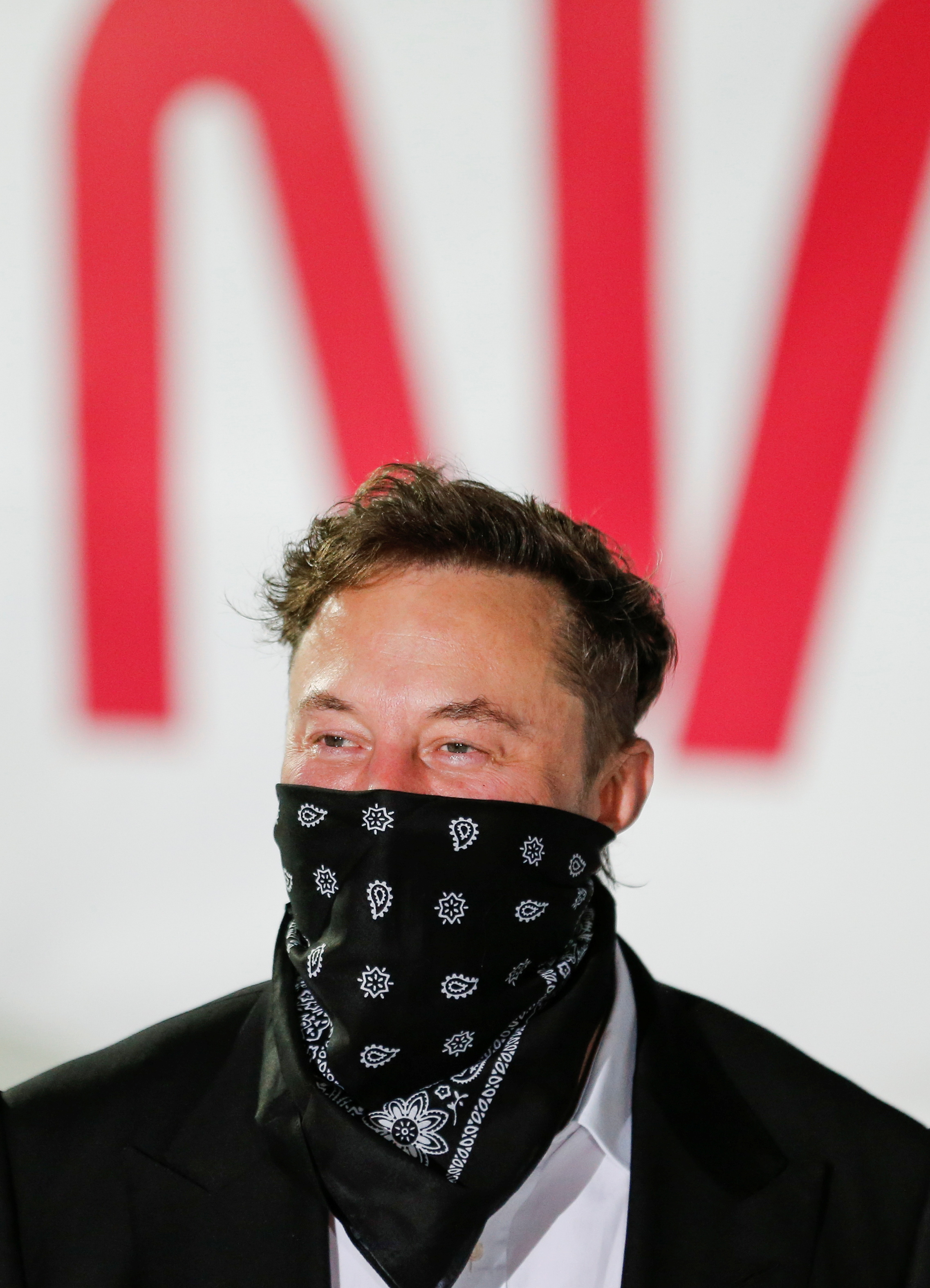 The helmeted astronauts, dressed in their custom white flight suits and black boots, walked out of the space center’s operations building a little over three hours prior to launch time.

Video showed them waving to onlookers and bidding goodbye to loved ones.

A caravan of SUVs from Musk’s electric car manufacturer Tesla then drove them to Launch Complex 39A.

The rocket pad was built during the 1960s and is famed as the launch site for the Apollo 11 flight to the moon.

“There’s nothing like it when you look out the window and see a spaceship getting prepared and realize that you’re going to be riding on it in a few days,” McArthur told reporters last week.

The crew is expected to spend about six months aboard the orbiting research platform conducting science experiments and maintenance before returning to Earth. 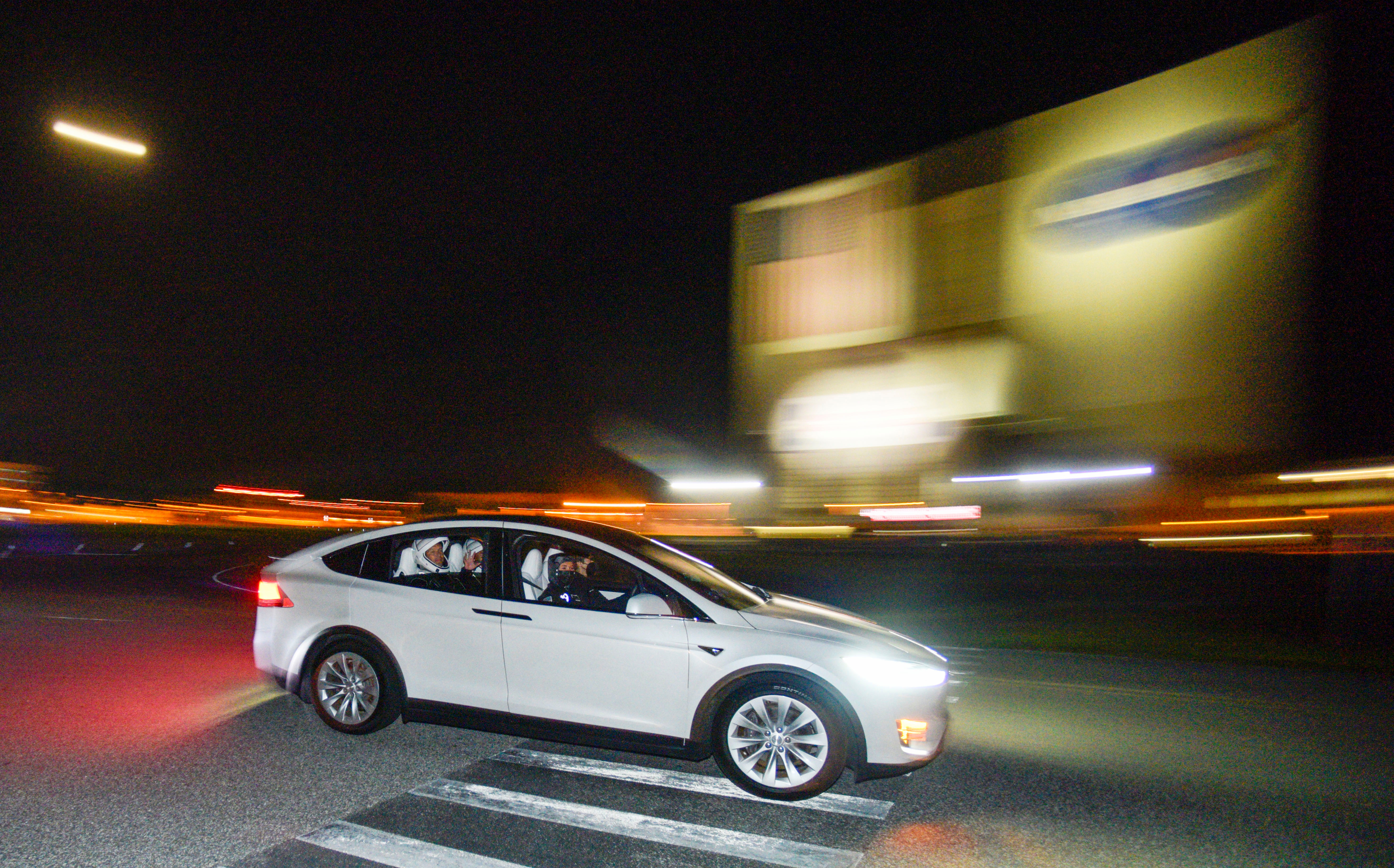 The astronauts were ferried to the rocket in a Tesla, the electric car firm owned by MuskCredit: Reuters 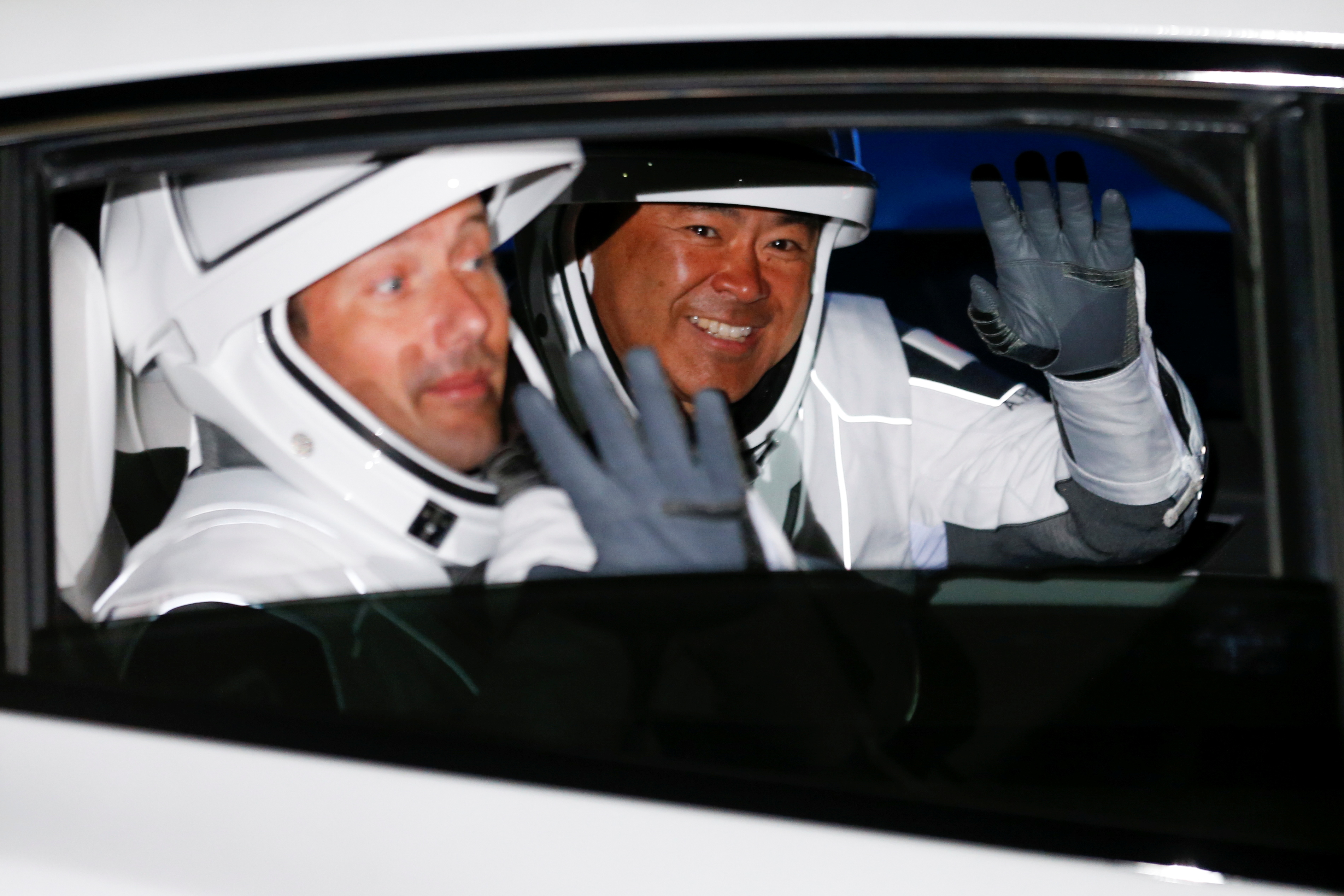 Astronauts wave to onlookers as they’re ferried to the Falcon 9 rocket prior to launchCredit: Reuters

The four members of Crew 1, sent to the space station in November, are slated to fly home on April 28.

The Crew 2 mission also is special in that its Falcon 9 launch vehicle will fly using the same first-stage booster that lofted Crew 1 into orbit.

It marks the first time a flight-proven booster will be re-used in a crewed launch.

Reusable booster vehicles, designed to fly themselves back to Earth and land safely once they separate from the rest of the rocket minutes after launch, are at the heart of a SpaceX’s re-usable rocket strategy.

The company helped pioneer the technique to make spaceflight cheaper.

The company has refurbished and re-used most of them, some for multiple flights. But all of those flights, until Friday’s mission, carried cargo only.

Crew 2’s pilot, McArthur, will make a bit of history herself as the first female pilot of the Crew Dragon and the second person from her family to ride aboard the SpaceX capsule. 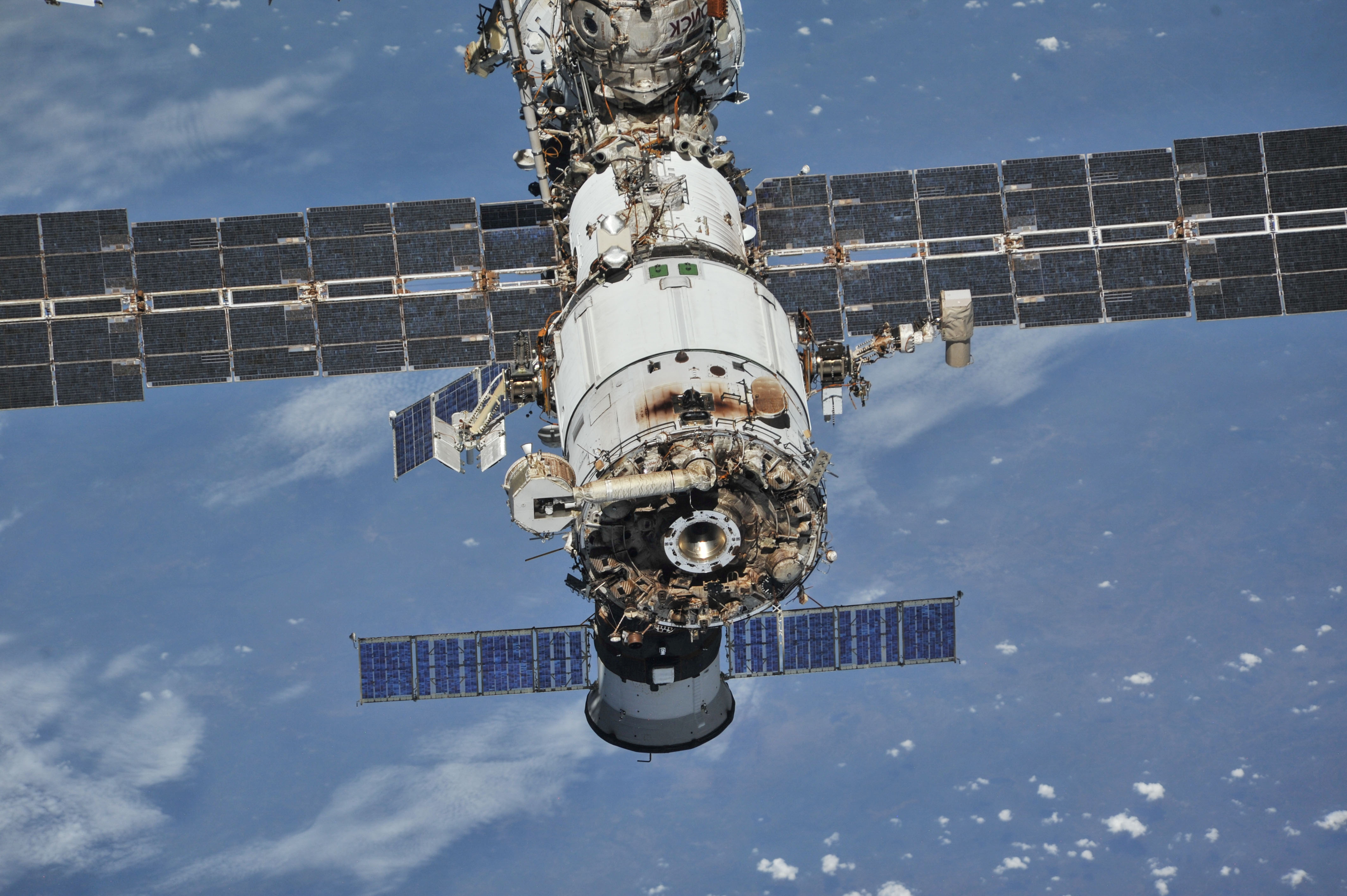 The crew is expected to spend about six months aboard the orbiting research platformCredit: Reuters

The same Crew Dragon was used for that flight as well.

If all goes well, McArthur and her three crewmates will be welcomed aboard the space station Saturday by the four Crew 1 astronauts.

They comprise three from Nasa and one from the Japan Aerospace Exploration Agency JAXA.

Two Russian cosmonauts and a US astronaut who shared a Soyuz flight to the space station also are aboard.

Are you excited for today’s launch? Let us know in the comments!

Which star signs are least likely to get on? Horoscope hate explained