THE skeletons of three nuns who were brutally murdered by Russian soldiers at the end of the Second World War have been discovered.

Archaeologists in Poland uncovered the remains in the town of Orneta, ending a months long hunt for the bones of seven Catholic nuns killed by the Soviets. 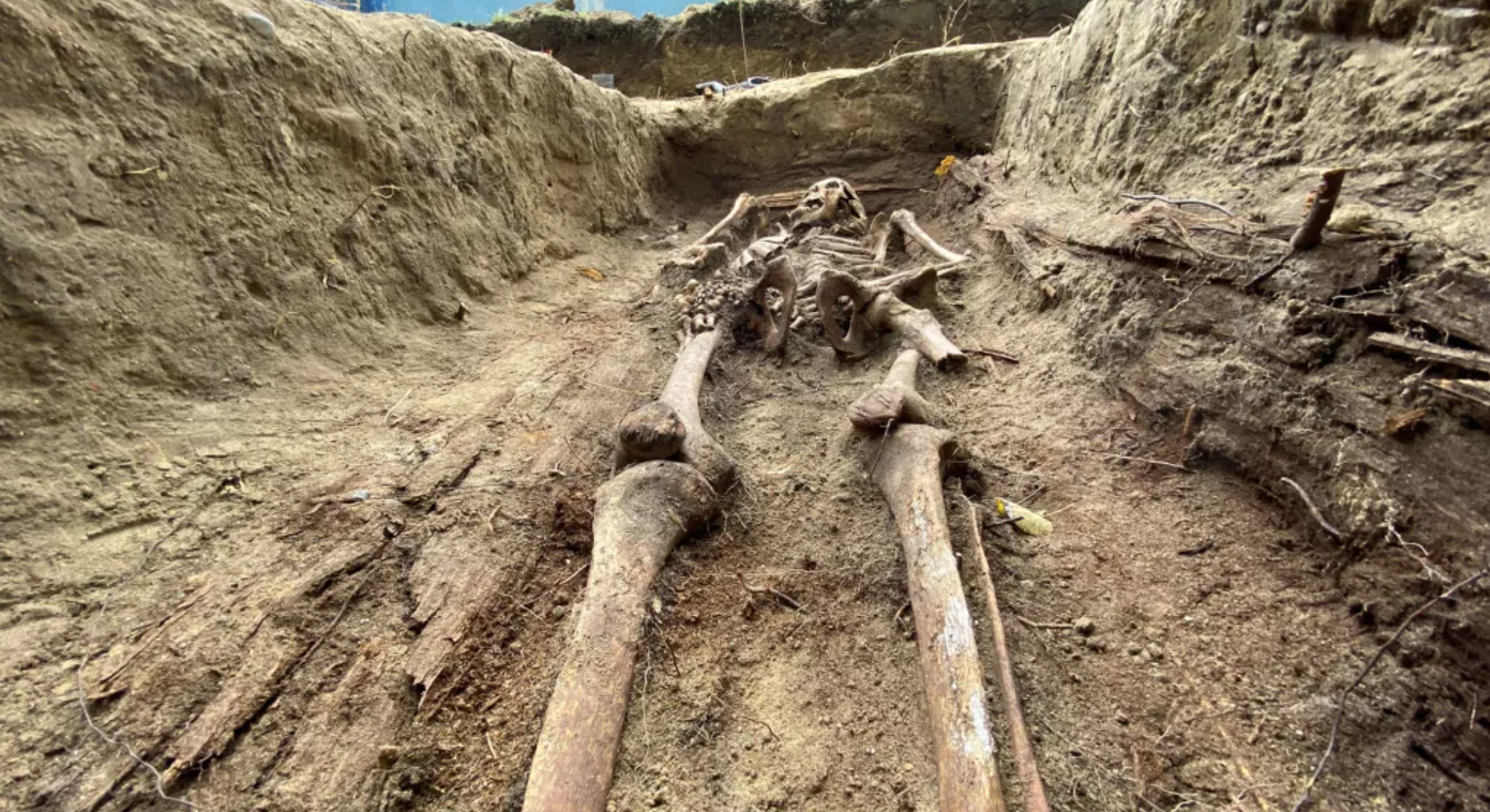 The skeletons of three nuns who were brutally murdered by Russian soldiers at the end of the Second World War have been discoveredCredit: Institute of National Remembrance

The Red Army invaded Poland as Nazi Germany withdrew their soldiers while retreating from advancing Allied troops in 1944.

Their forces attempted to seize control by murdering local soldiers and religious figures, as well as by looting and destroying churches.

Records from 1945 show that Soviet soldiers killed seven nuns in the order of St. Catherine of Alexandria who were serving as nurses at Marian Hospital in Olsztyn, Live Science reports. 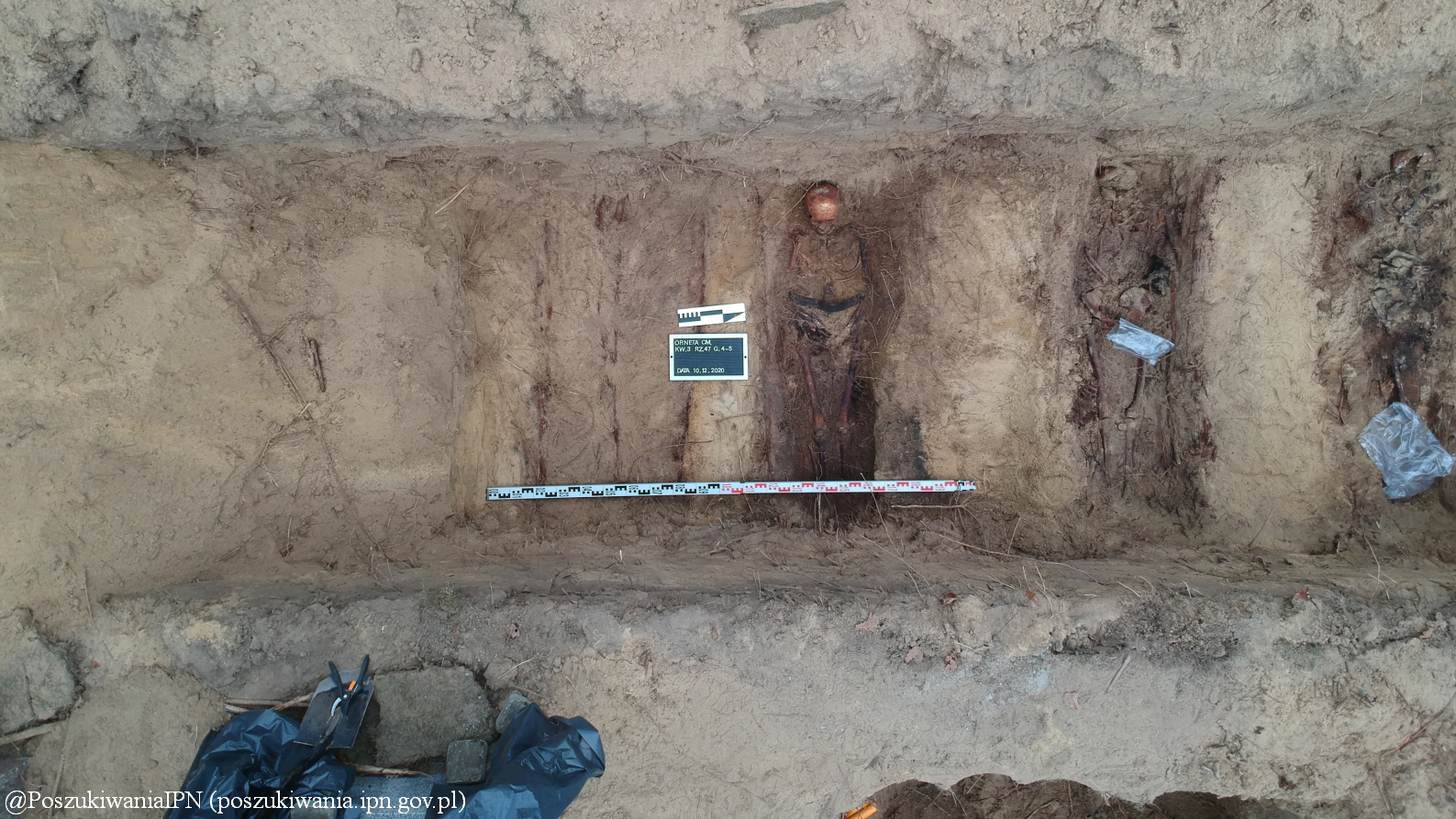 Archaeologists in Poland uncovered the graves in the town of OrnetaCredit: Institute of National Remembrance

The final three nuns were found in December at a municipal cemetery in Orneta that measured about 215 square feet (20 square meters). 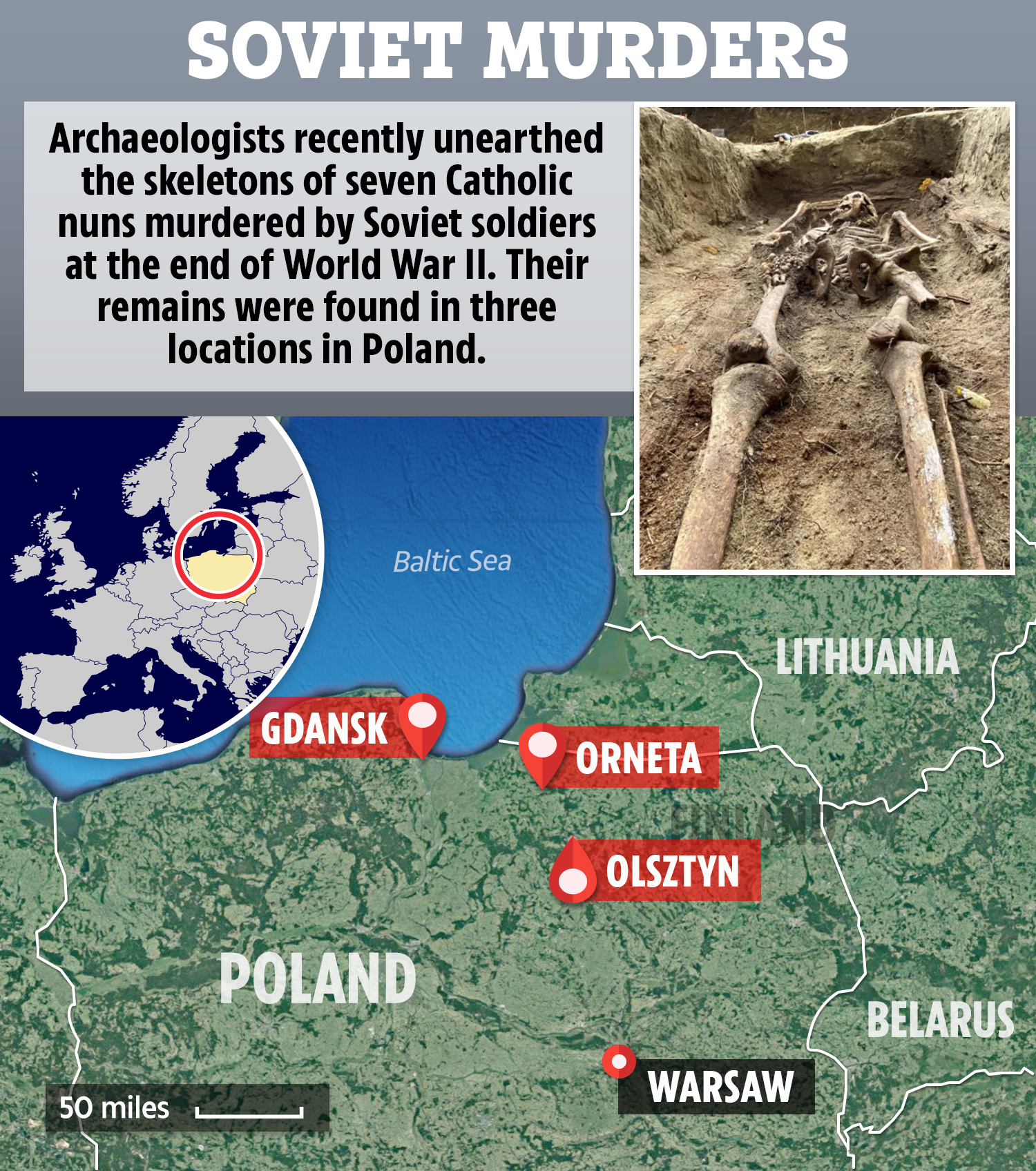 A statement by the Institute of National Remembrance in Poland (IPN) said: “The purpose of the study was the finding of the remains of the Catherine Sisters who fell victim to the soldiers of the Red Army.

“They all served the sick at the Marian Hospital (St Mary’s Hospital) in Olsztyn.

“They worked as nurses, looking for help for the sick, and the deceased by organizing burials in a nearby cemetery.”

The IPN said the nuns died defending themselves against the “disgrace” of Red Army soldiers who invaded the town in the winter of 1945. 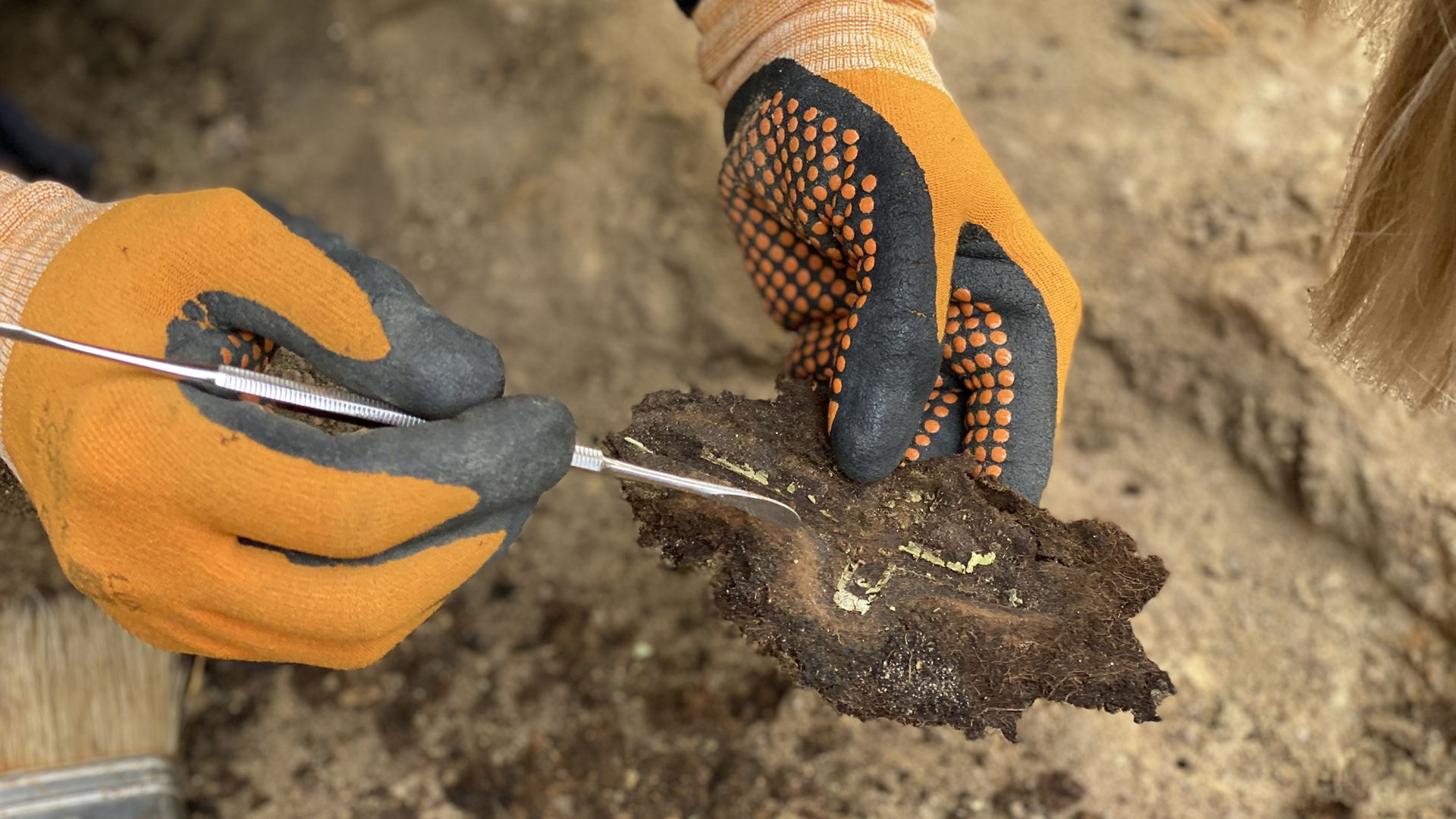 The search was based on historical records, as well as objects buried alongside the bodies.

“On the basis of historical data, anthropomorphic features and found objects, the remains of three women were selected for exhumation, with the probability that they are the wanted Sisters,” the IPN said.

“In the remains of the collected remains, religious medals, crucifixes, elements of religious clothing and religious rosaries were found.”

A number of the nuns are thought to have died gruesome deaths at the hands of the Red Army. 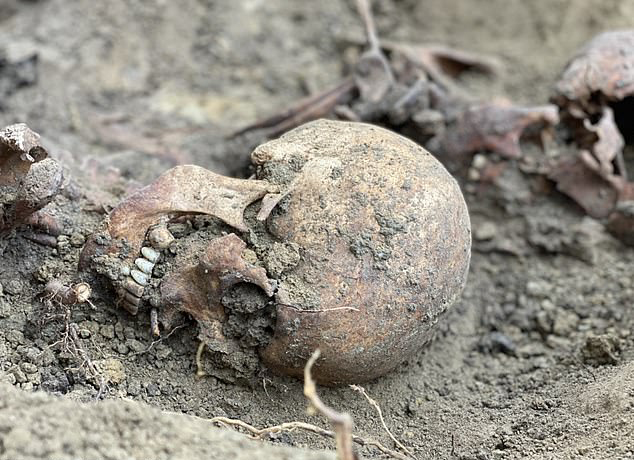 A number of the nuns are thought to have died gruesome deaths at the hands of the Red ArmyCredit: poszukiwania.ipn.gov.pl

Historical records show Sister Generosa was “locked in the hospital’s attic” before she was killed.

Sister Rolanda’s face “was mutilated and swollen beyond recognition,” while Sister Gunhilda was shot three times, according to the IPN.

The group says that Sister Krzysztofora was stabbed with a bayonet 16 times and had her eyes gouged out and tongue cut out.

The skeletons have been taken to the Forensic Medicine Institute in Gdańsk for further analysis.

In other news, experts have wiped centuries of dust and dirt from an ancient cross pedant discovered in a field in western Scotland.

A secret stash of gold coins dating back to King Henry VIII’s reign has been found in an English garden.

What do you make of the discovery? Let us know in the comments…

Is ElectronJS Reliable for Building a Cross-Platform Web App?