Sometimes referred to as ‘Dark Watchers’, the human like silhouettes can be spotted up in mountains all over the world if you have the right conditions. 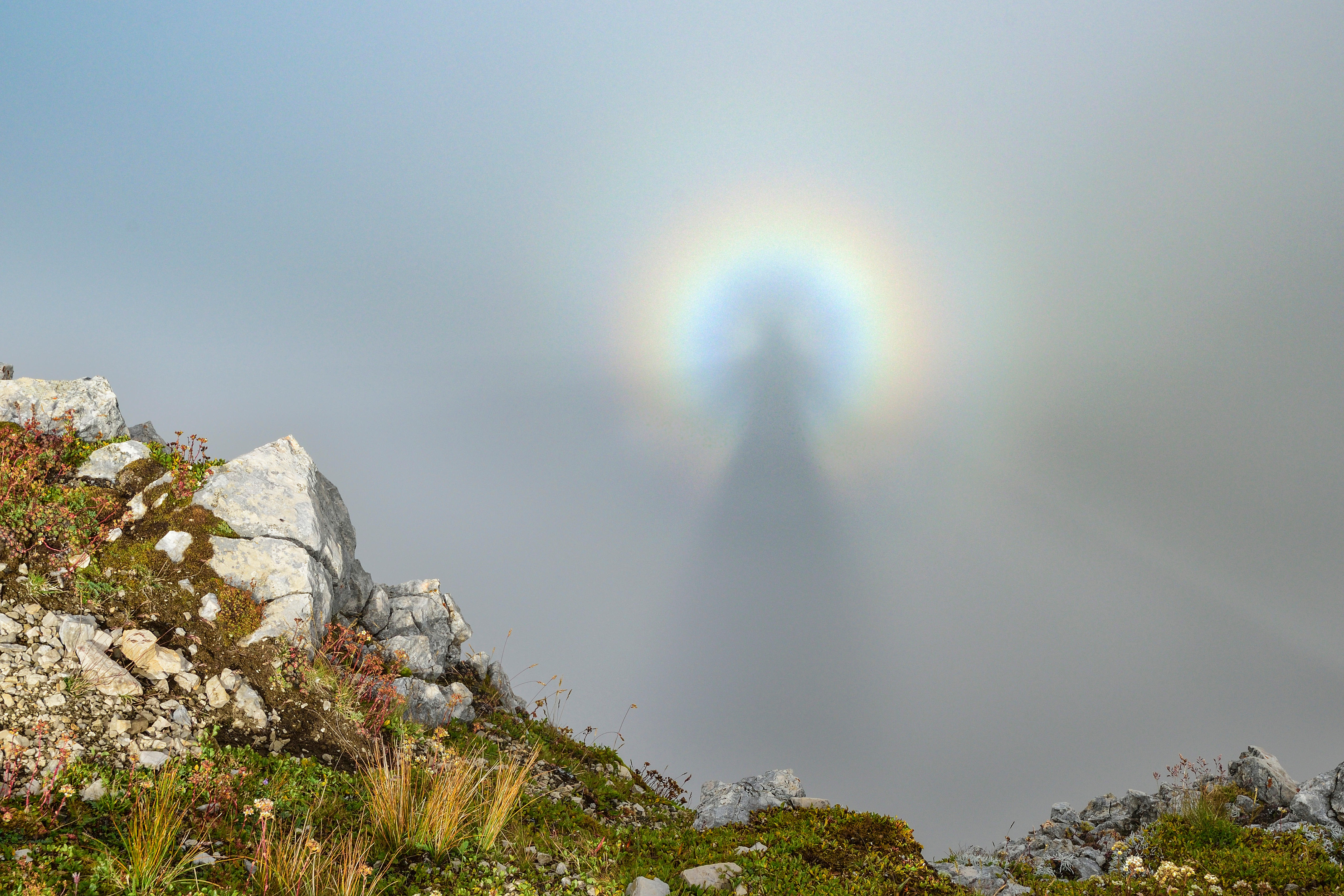 You might be able to spot a stick figure person in this image with a rainbow haloCredit: Alamy

A recent SFGate article revealed how to try and spot the figures on the peaks of California’s Santa Lucia Mountains.

The scientific term for what hikers are seeing is a ‘Brocken spectre’ or ‘mountain spectre’.

A Brocken spectre is an optical phenomenon that requires misty weather and a shadow.

The strange shadows are named after the Brocken mountain in northern Germany. 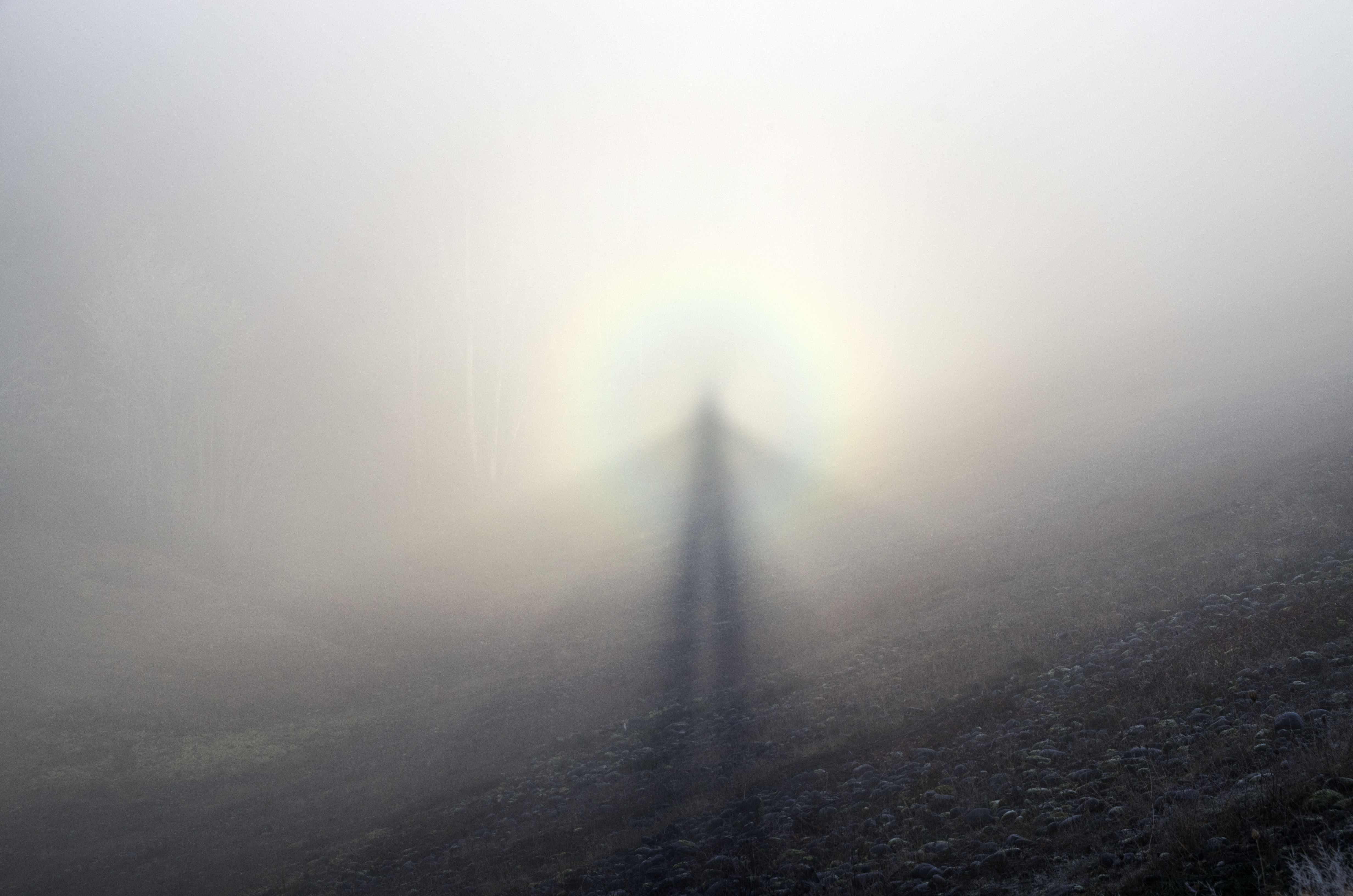 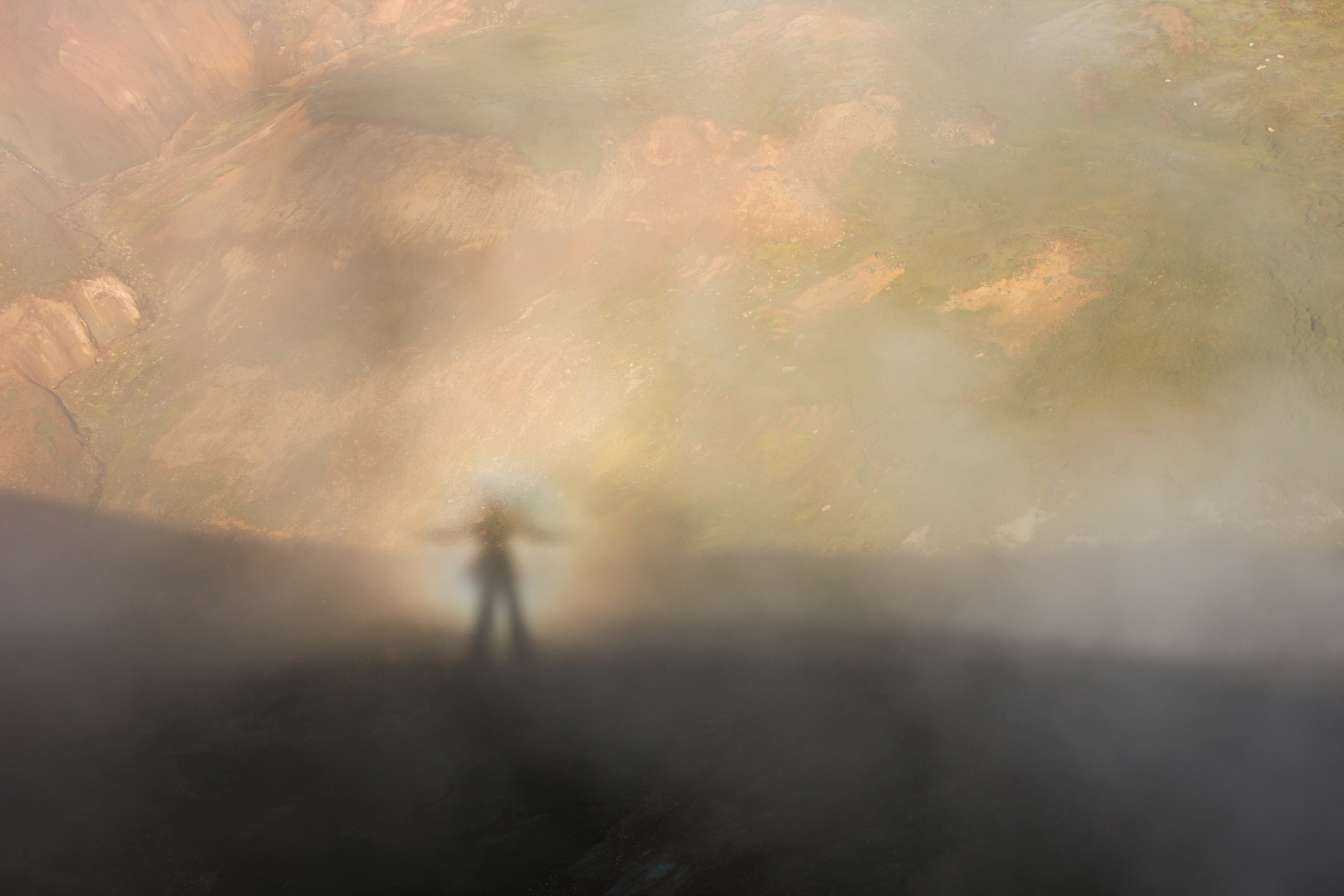 It’s thought hikers are just looking at their own shadow from above in misty conditionsCredit: Getty

People have reported spotting them in California for centuries.

The SFGate article explains: “When the Spanish arrived in the 1700s, they began calling the apparitions los Vigilantes Oscuros (literally “the dark watchers”)

“And as Anglo American settlers began staking claims in the region, they too felt the sensation of being watched from the hills.”

Sometimes the shadows can look 10 feet tall and appear as men wearing hats or capes. 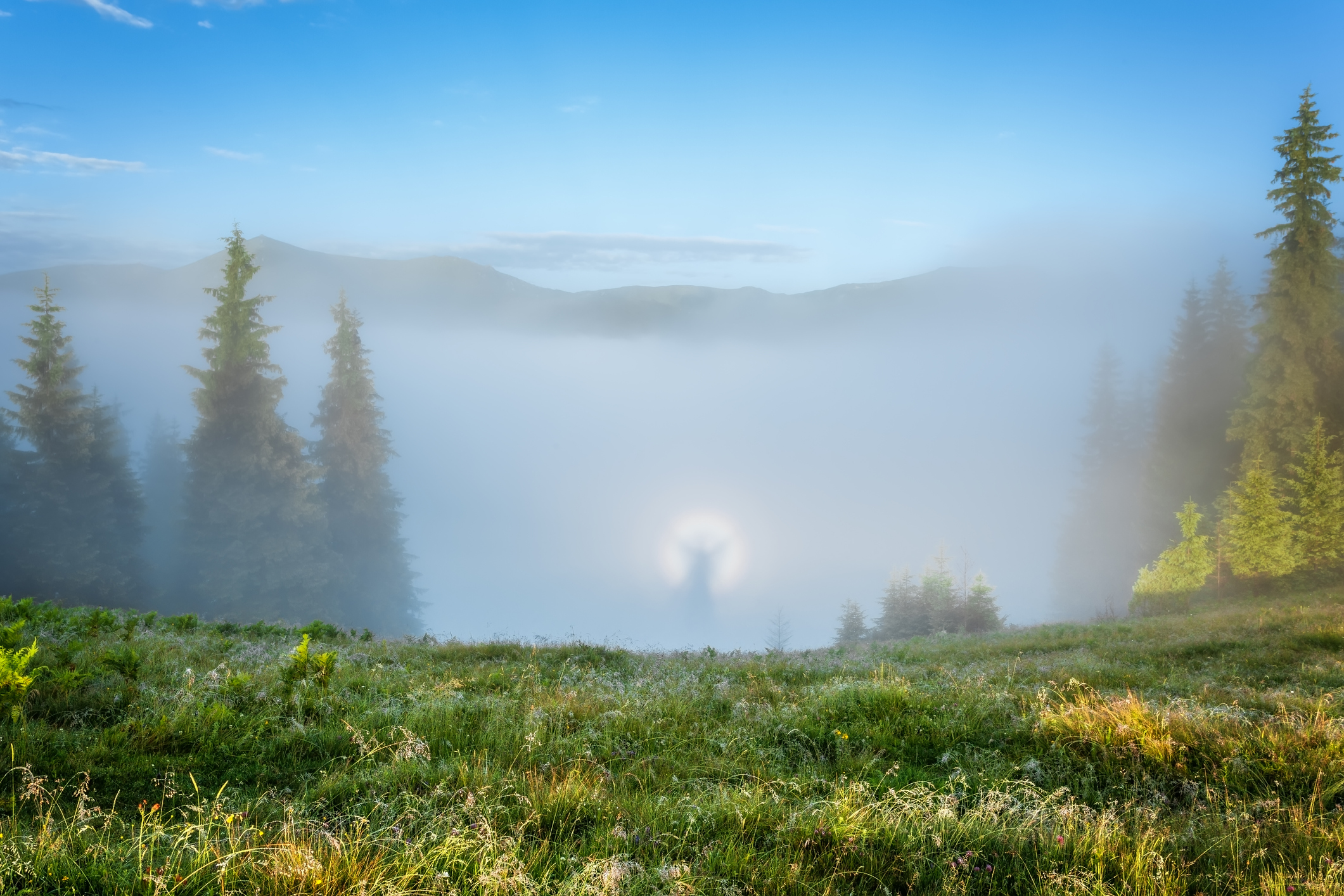 You need to be high up to spot a Brocken spectreCredit: Getty

The figures often have a ‘rainbow halo’ around their ‘head’.

One theory suggests the figures are due to something called pareidolia, a condition that makes your brain try and find patterns or meaning in a random image.

Another more widely accepted theory is that people are staring at their own shadow.

The Brocken spectre effect is listed as one of the “top ten spookiest weather conditions” by the UK Met Office.

The UK’s national weather office explains on its website: “This effect is produced when an observer stands above the upper surface of a cloud – on a mountain or high ground – with the Sun behind them.

“When they view their shadow the light is reflected back in such a way that a spooky circular ‘glory’ appears around the point directly opposite the Sun.”

It’s a rare effect but some lucky photographers capture images of Brocken spectres from time to time.

For a good chance of seeing one for yourself you’d need the right weather conditions and to be on a mountain peak sometime in the afternoon.

What is a Brocken spectre?

In other news, billions of insects are set to swarm on the US next month after spending 17-years underground.

A stunning sky image showing ultra-rare lightning has been revealed by astronomy researchers.

And, Nasa’s Perseverance rover revealed stunning video and audio recordings from the surface of the Red Planet this week.

What are your thoughts on the spooky images? Let us know in the comments..