AN ancient painting of a hairy, warty pig has been hailed as the oldest-known animal drawing in the world.

The 45,500-year-old pig picture was found etched onto a wall in a cave in Indonesia, according to a new study. 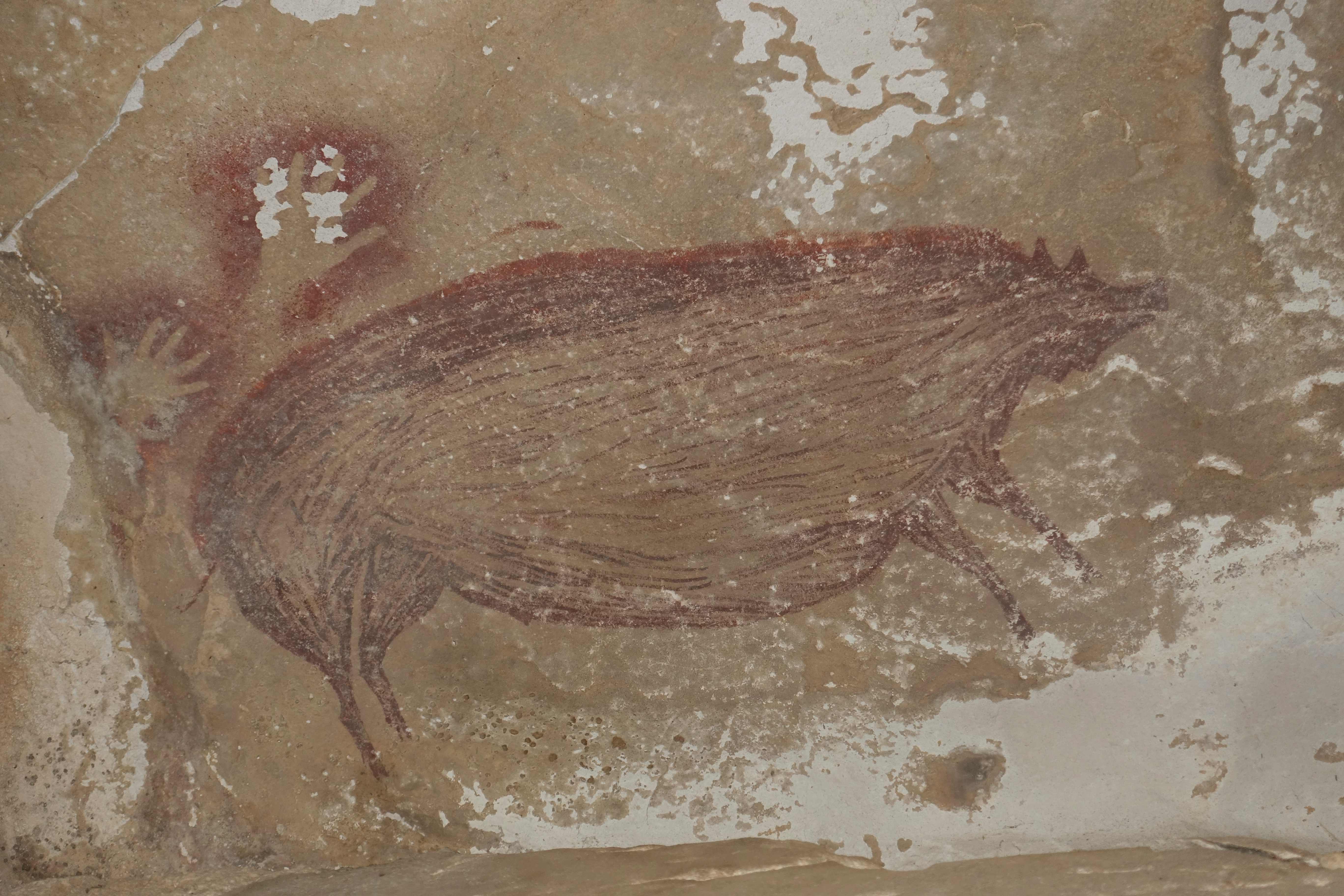 This could be the oldest cave painting ever, it’s a pig with two human hand prints to the upper leftCredit: AFP

Researchers believe it is showing a Sulawesi warty pig.

The pig’s profile was drawn out in a natural red pigment called ochre.

They’re wild, warty, have short legs and hairy round bodies and can weigh up to around 190 pounds. 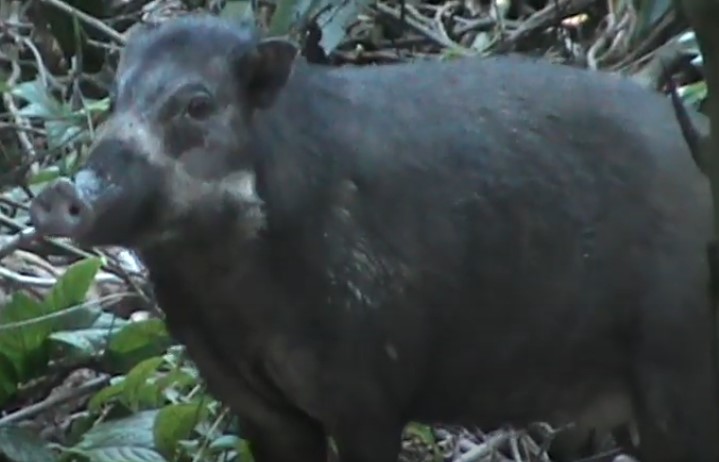 Sulawesi warty pigs are native to the islandCredit: YouTube 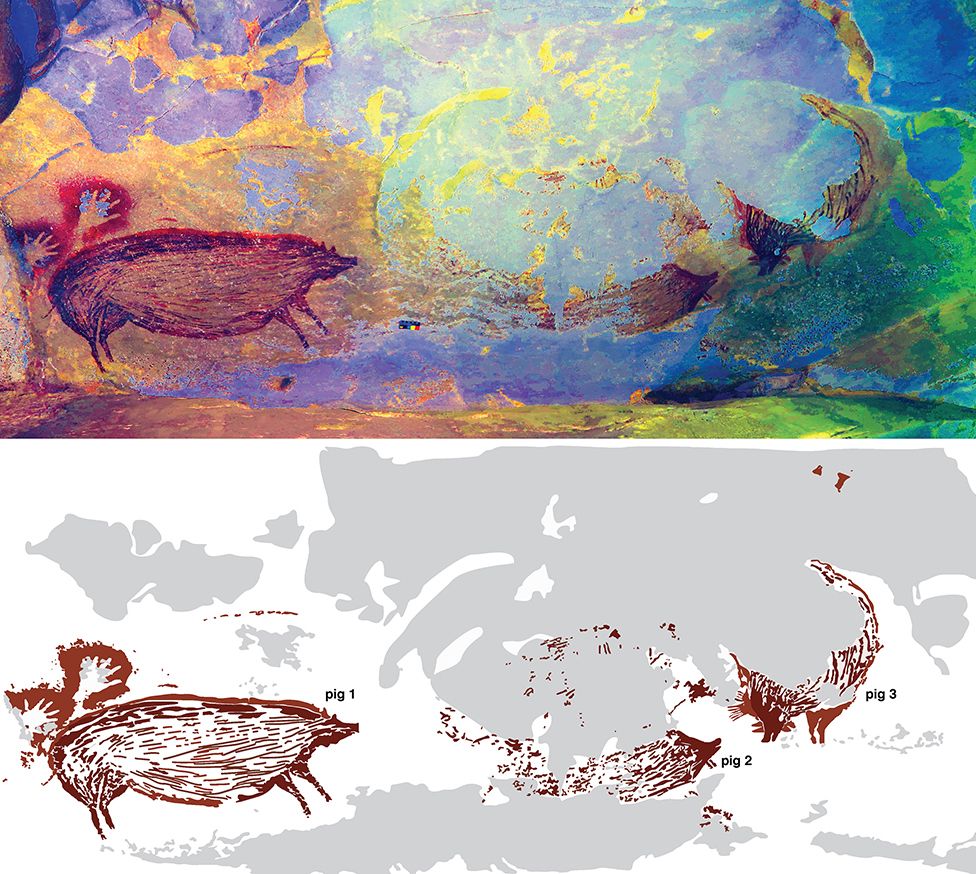 The painting was actually found back in 2017 and has been revealed in a recent paper published in the journal Science Advances.

It was discovered alongside at least two other warty pig paintings in Leang Tedongnge Cave on the Indonesian island of Sulawesi.

The international team from Australia and Indonesia wrote: “To our knowledge, the animal painting from Leang Tedongnge is the earliest known representational work of art in the world. “

The oldest and most well-preserved of the pig paintings found is 4.5 by 1.8 feet. 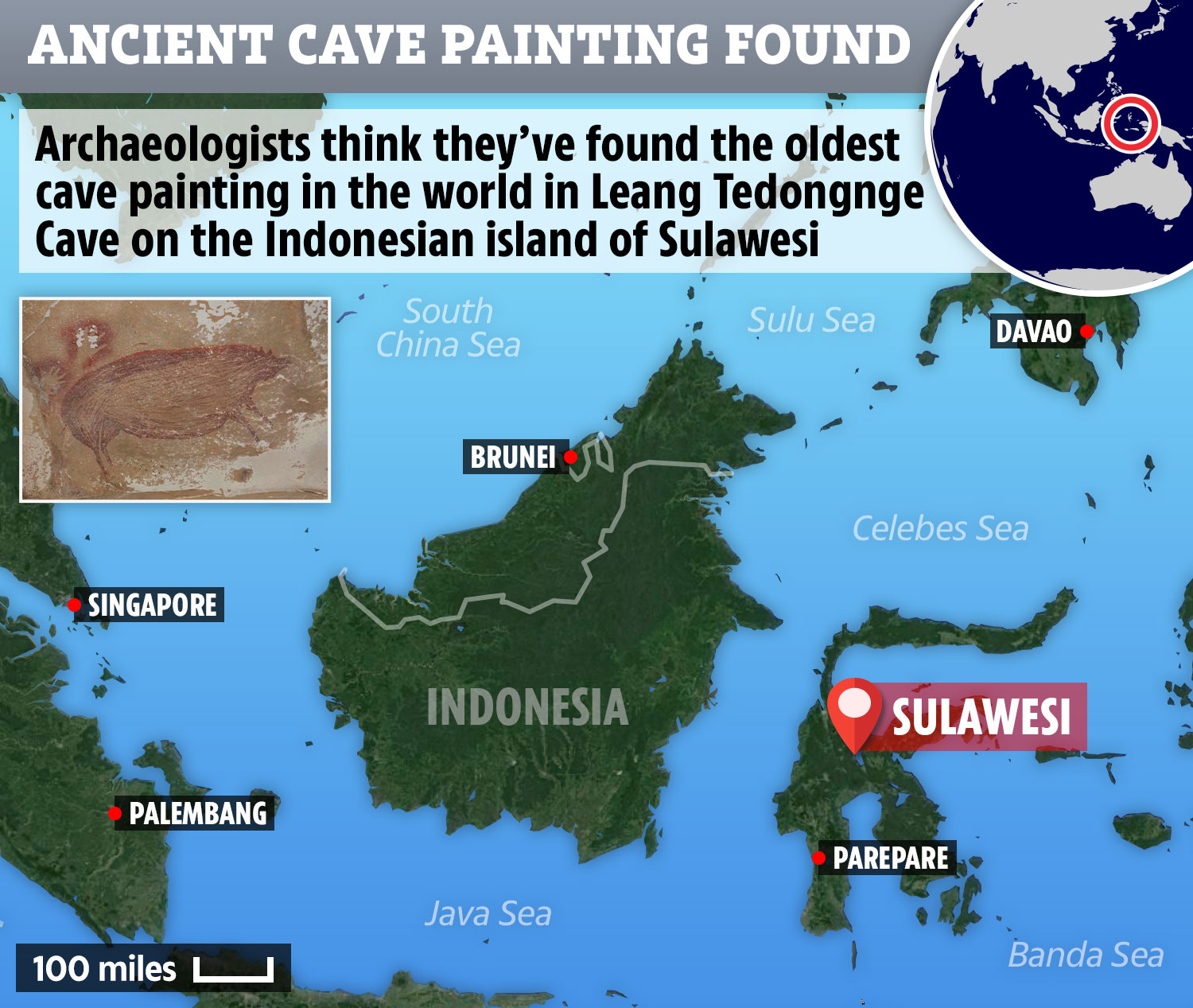 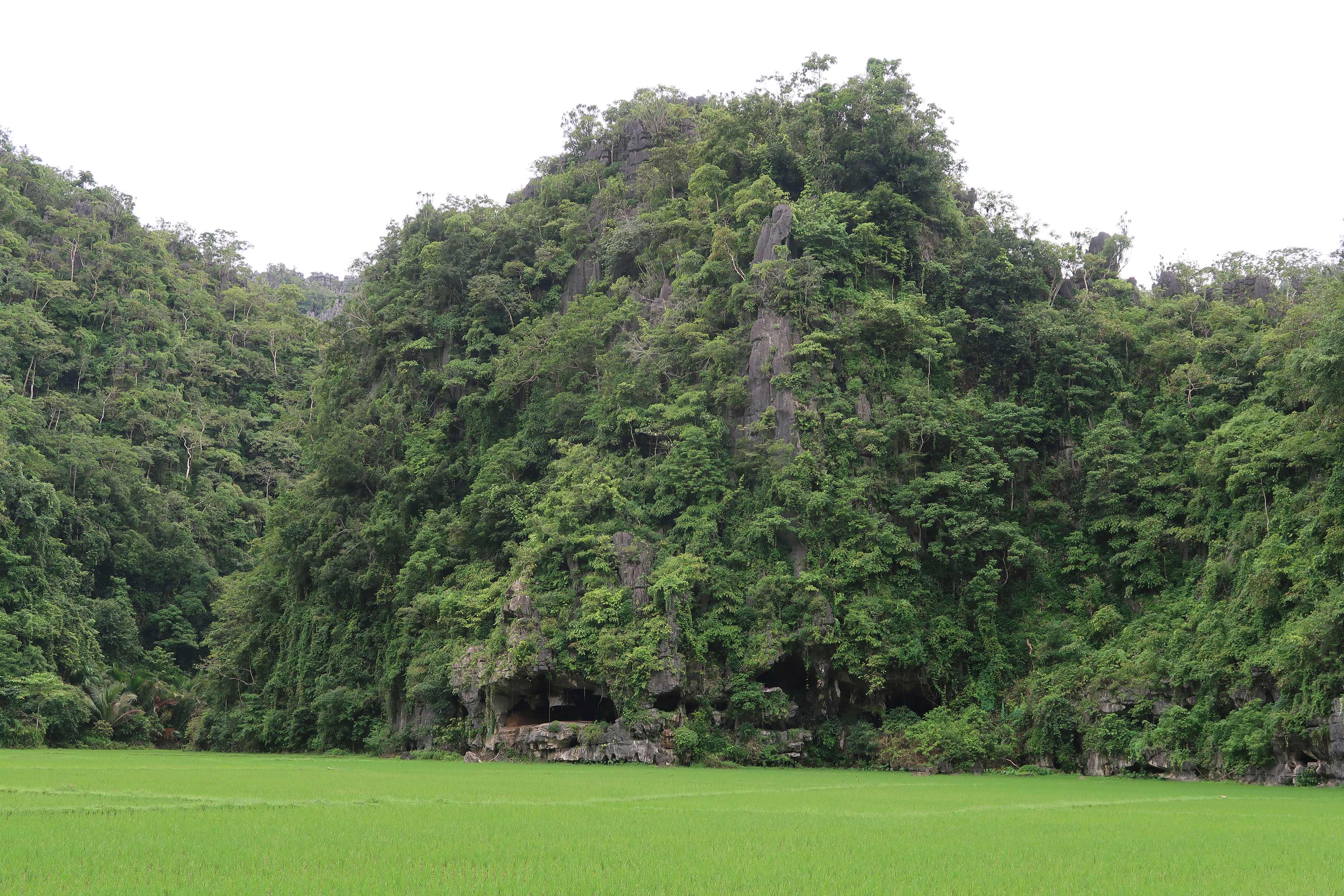 The cave were the drawing was found is located in a hard to reach valleyCredit: AFP

It also has two human hand outlines above the pig’s rear.

The large pig painting is facing two or three other smaller pig drawings that didn’t preserve as well.

Researchers used a technique called uranium-series dating to date minerals that had grown over the paintings. 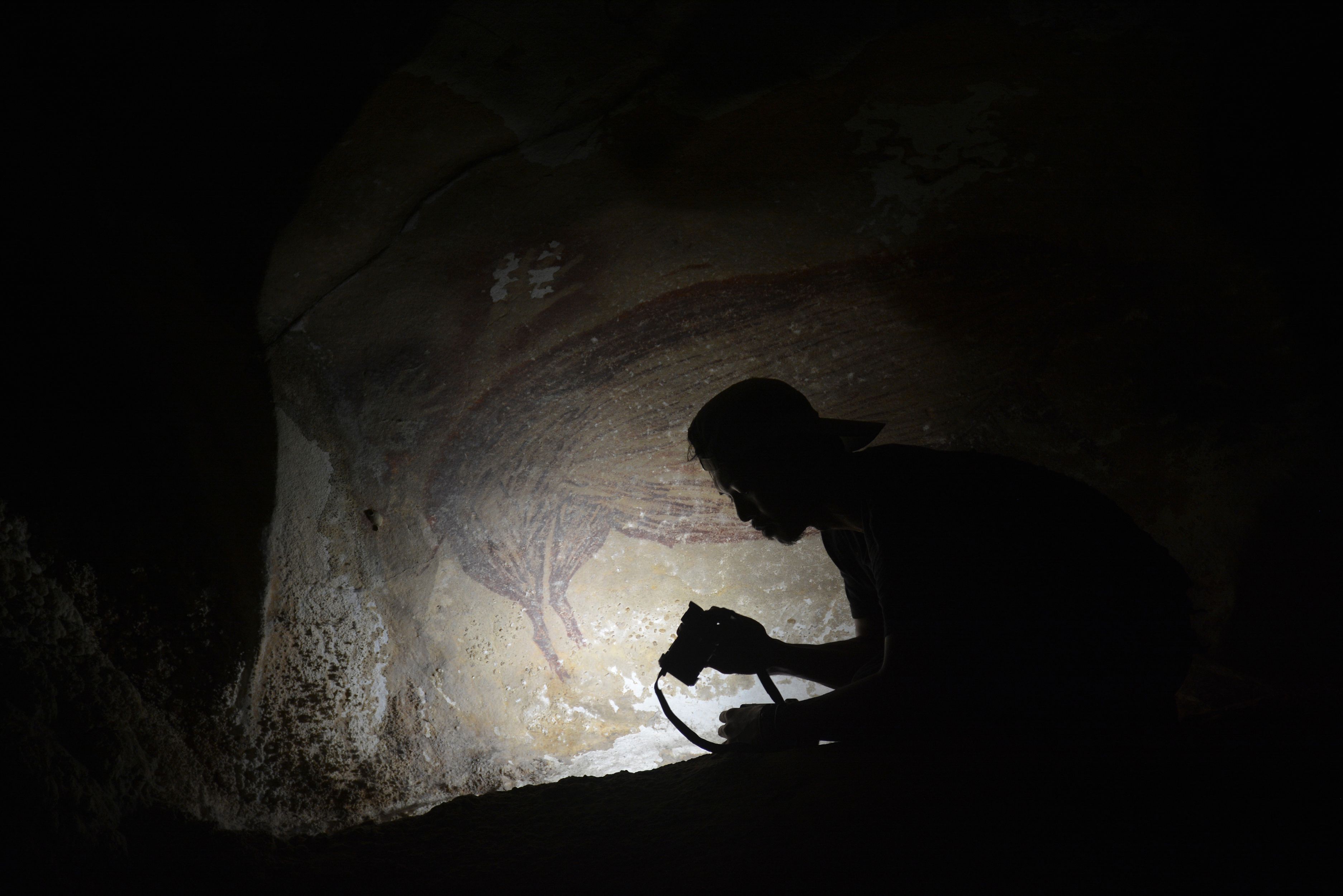 The large pig is estimated at being 45,500-year-oldCredit: AFP

This then provided them with a rough estimate of age.

Another even larger pig painting was said to be found on the ceiling of a cave nearby and dated to 32,000 years.

There’s archaeological evidence to suggest the ancient humans on the island would have hunted and domesticated the creatures.

“In fact, the ice age artists of Sulawesi almost seem to have been obsessed with warty pigs, which is perhaps not surprising given their economic importance.”

Before this discovery, the oldest known cave art was of another warty pig in a different cave on the same island but it only dated to 43,900 years ago.

In other archaeology news, huge megalodon sharks that ruled the oceans over three million years ago were bigger than most human adults from birth.

What do you make of the pig painting? Let us know in the comments…