Stony corals that build reefs have been hiding their diversity in plain sight. A genetic analysis of the most widespread reef coral in the Indo-Pacific revealed that rather than being a single species (Pachyseris speciosa), it was actually four distinct species of coral, researchers report April 2 in Current Biology.

Coral reefs are the condominiums of ocean biodiversity, supporting more species per square meter than any other marine habitat. Understanding which coral species foster that biodiversity and how those corals behave is vital to taking care of them, especially as a warming climate threatens overall ocean biodiversity (SN: 5/6/20). “Just knowing what’s there is critical to tracking what we are losing,” says Rebecca Vega-Thurber, a marine microbiologist at Oregon State University in Corvallis, who was not involved in the new study. The results suggest other corals thought to be a single species may actually be much more diverse than researchers realized.

Using a combination of scuba gear and remotely operated vehicles, marine biologist Pim Bongaerts of the California Academy of Sciences in San Francisco and colleagues sampled more than 1,400 P. speciosa corals from the ocean surface down to 80 meters. In the lab, the sampleslooked identical, and their internal structures were indistinguishable in scanning electron microscope images. Yet, their genomes — their full genetic instruction books — revealed the corals had diverged millions of years ago. That made sense for one of the species in the Red Sea’s Gulf of Aqaba, which was geographically separated from the others. But the other three newly identified species lived together on the same reefs in the waters off South Asia. If the corals were living together, why didn’t one overtake the other two, the team wondered.

Examining habitat data from their dives, the researchers found the three distinct coral species favored different water depths, with one abundant in the top 10 meters and the other two flourishing deeper down. The three coral species also had different concentrations of photosynthetic algae and pigments, suggesting they had distinct strategies for hosting their algae partners that provide food. And spawning times of these three species were slightly spread out too. One released most of its gametes five days after the full moon, another seven days after, and the third at nine days and counting. The separation of spawning could help the eggs and sperm of each species hook up with its correct species match. 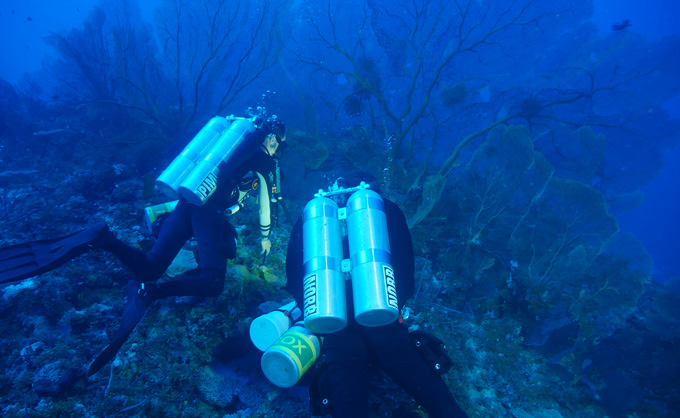 This study is the first to show how a set of cryptic reef corals are splitting up their shared ecological space — by depth, physiology and spawning time, Bongaerts says. “There are all these cryptic lineages occurring, but they’ve largely been ignored from an ecological point of view.”

The results open the door to the possibility that many other doppelgänger corals may be multiple species that coexist thanks to ecological differences, says reef genomicist Christian Voolstra at the University of Konstanz in Germany. “There is a minimal chance that they picked the unicorn, but I highly doubt it. This paper shows that in all likelihood there is a huge diversity of reef corals with distinct ecologies.”

How to keep yourself Covid safe as shops, pubs, gyms reopen and lockdown eases