AS GLOBAL warming tightens its grip on our planet, scientists are cooking up creative ways to curb the most damaging effects of the climate crisis.

One bonkers means of inhibiting dramatic sea level rises over the next century, for instance, involves “hacking” glaciers to taper the amount of water they’re pumping into our oceans. 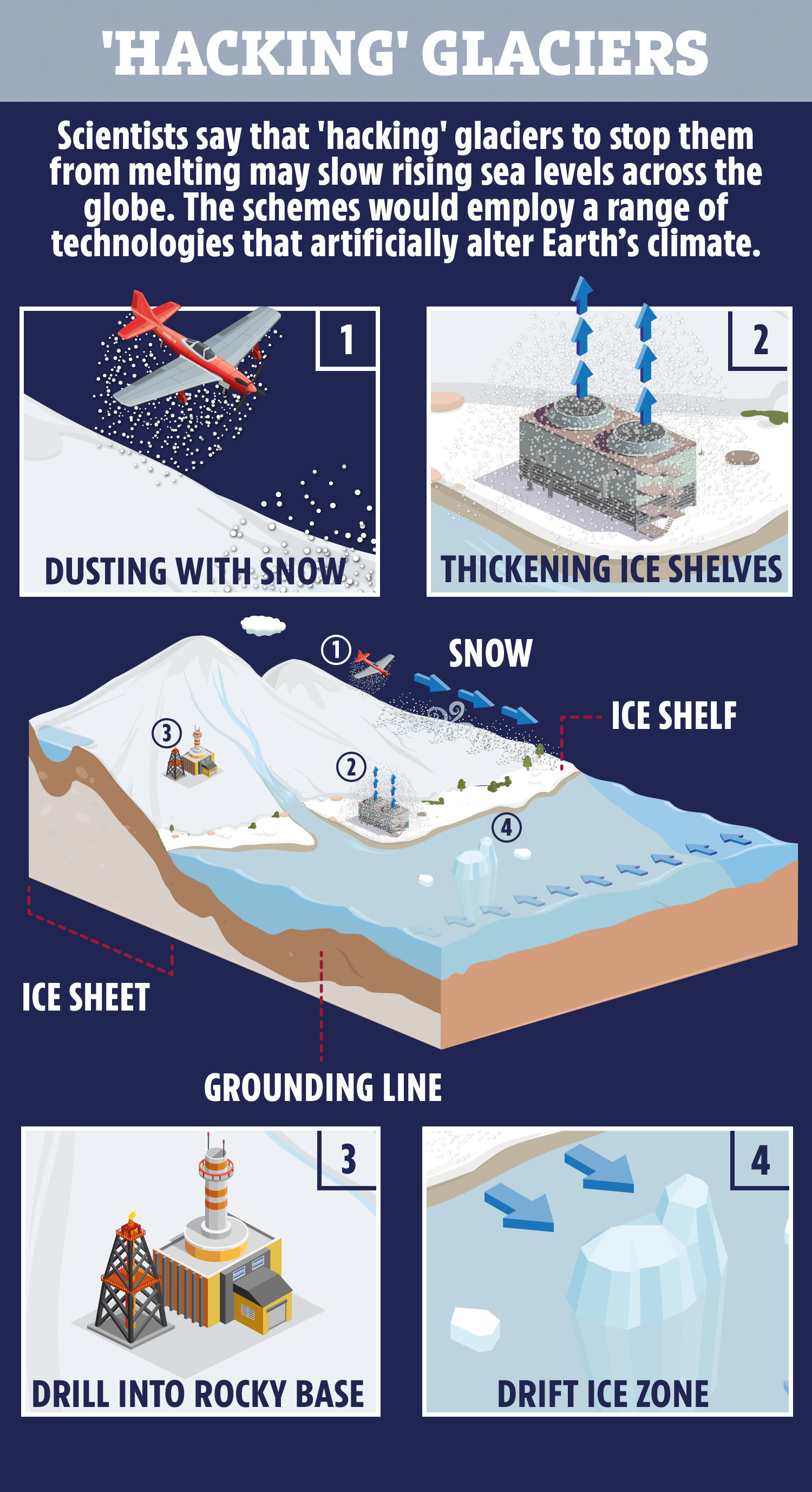 In a recent study, an international team of scientists led by University College London outlined nine techniques that could be employed to slow glacial melting across the teetering ice sheets of Greenland and Antarctica.

One approach put forward by the team is to brighten the surface of the ice, reducing surface melting.

Another involves pumping liquid carbon dioxide into a glacier’s rocky base. 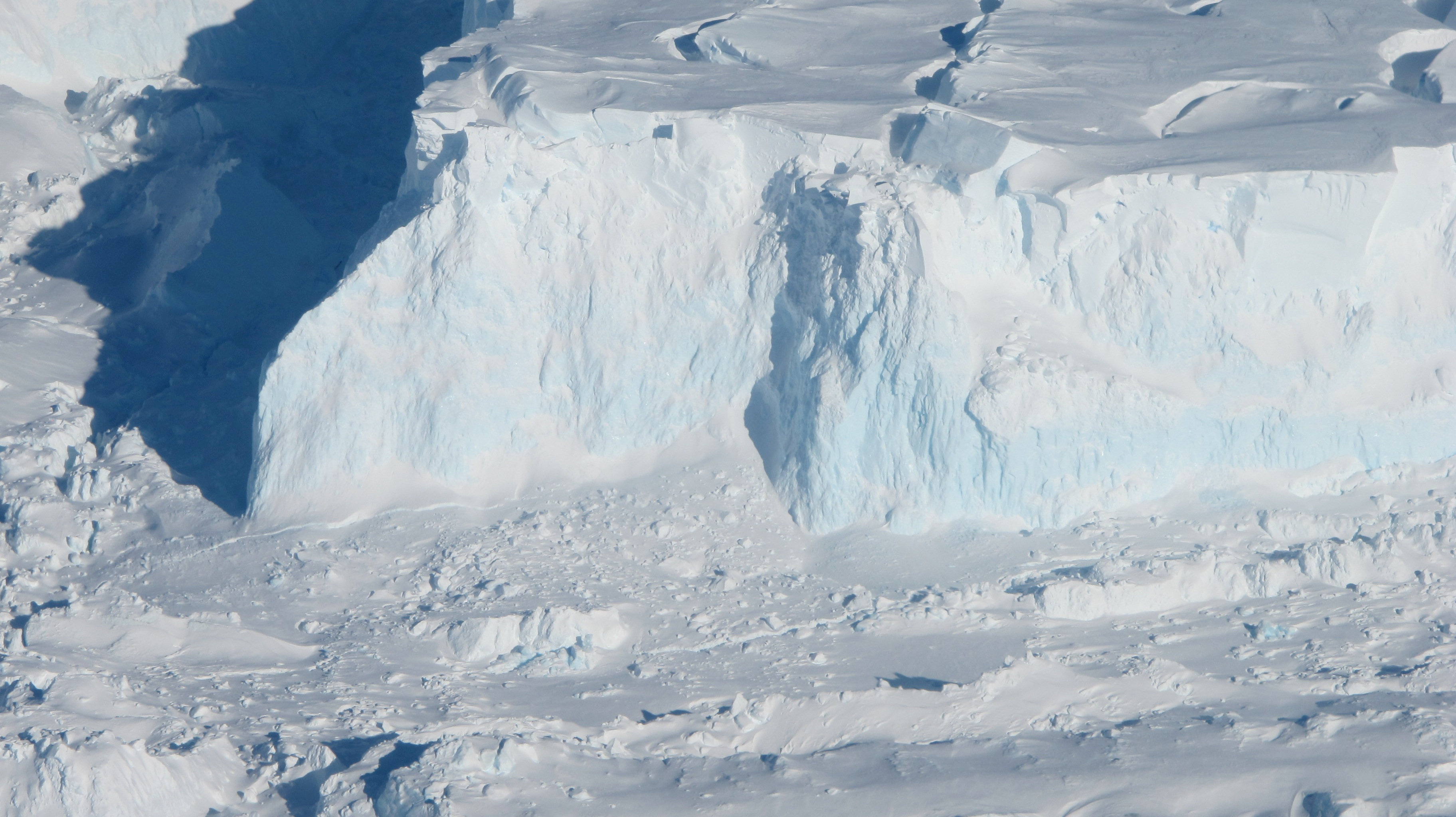 Scientists fear an unstoppable flow of ice from glaciers into the seaCredit: SWNS:South West News Service

Deployed alongside a global effort to cut carbon emissions, the interventions could help to prevent catastrophic climate change, according to study lead author Andrew Lockley.

“Sea level rise is perhaps the most costly threat from climate change,” he told The Sun.

“It may lead to the abandonment of many of the world’s major cities, as well as other damage like storm flooding and loss of farmland.

“We wanted to find a way to control the process.”

The average global temperature is already 1.2C above pre-industrial levels and is expected to pass the 2C benchmark between 2050 and 2100.

Soaring temperatures are causing ice sheets covering Antarctica and Greenland to shed trillions of tonnes of water into our oceans each year, leading to sea level rises across the planet.

Research published last month suggested that, at the current rate, average global sea levels could climb by as much as 1.35m (4.1ft) by the year 2100.

Scientists predict that a rise above one metre would spell bad news for coastal cities, such as New York and Shanghai. 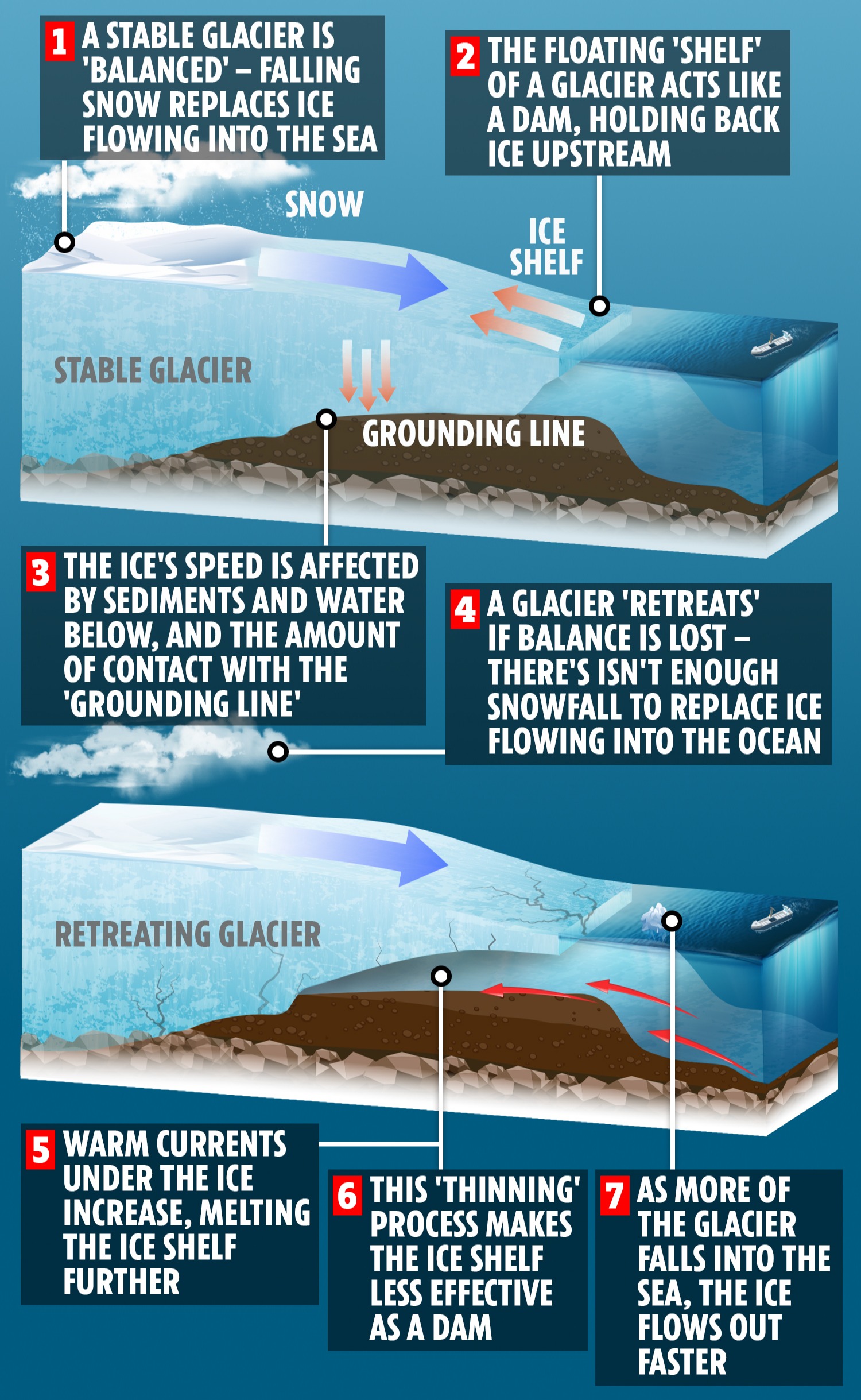 Around 770million people – 10 per cent of the world’s population – live less than five metres (16ft) above sea level.

“Much of the expected sea level rise comes from melting glaciers,” Lockley explains.

“Almost all of these are in big ice sheets in Greenland and Antarctica.

“This ice can melt where it is due to global warming. But warming can also cause glaciers to slide more quickly.”

Some glaciers attached to rocks below sea level could break up very quickly once ever-warming sea water gets under them.

If the end of it breaks up or melts, the whole glacier can then slide even faster, accelerating the rate at which they melt.

It’s this process that Andrew and his team aimed to address in their paper, published in the journal Advances in Climate Change Research.

One of nine solutions suggested by the team involves using a gigantic drill to penetrate down to a glacier’s rocky base.

Soaring temperatures are causing ice sheets covering Antarctica and Greenland to shed trillions of tonnes of water into our oceans each yearCredit: Getty

Water could then be pumped from the drill site to slow the icy behemoth down.

“Water trapped under a glacier acts like the air jets that help an air-hockey puck slide easily,” Lockley explains.

“If we drill through the ice to let trapped, high-pressure water escape, this will make the glacier stick again.

“An alternative idea is to pump coolant down to the glacier bed. This will freeze the water, instead of removing it.”

Another technique outlined in the paper would involve dusting a glacier with snow or artificial sand.

Lockley likens this to wearing a white t-shirt instead of a black one to keep cool on warmer days, because it better reflects sunlight.

“When fresh new snow gets warm or dirty, it absorbs more sunshine. This means that brightening the snow surface can help stop melting,” he said. 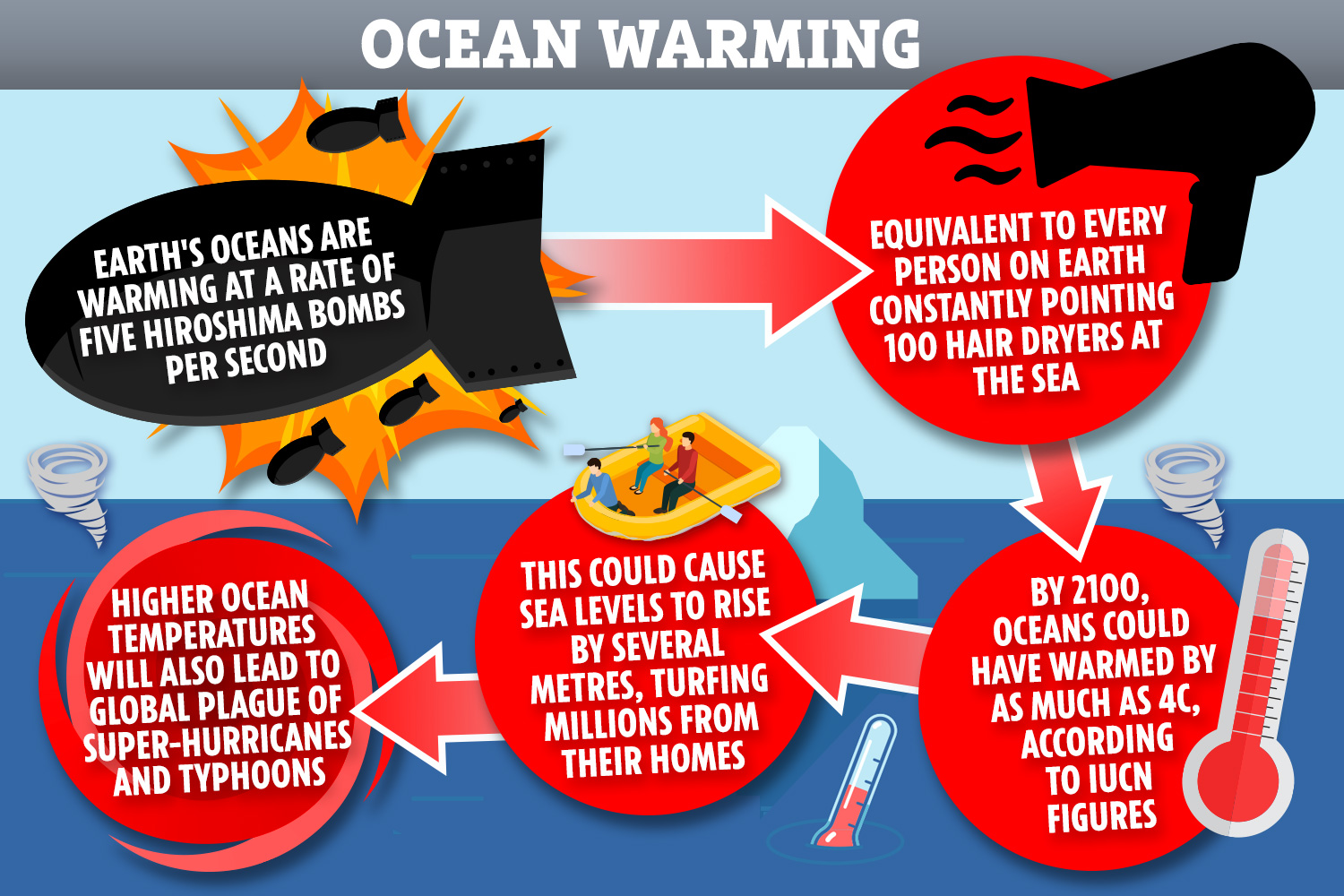 “We can make snow with snow machines or cloud seeding aircraft. Dusting the ice with very shiny artificial sand might also work.”

A third tactic proposed by the team would involve thickening ice shelves, which act as barriers to glaciers that would otherwise flow out to sea.

Hopefully, say the researchers, this could hold back glaciers for longer.

The researchers acknowledge that many of their ideas would prove to be prohibitively expensive – and they might not even work.

Geoengineering could also damage the environment, so more research is needed to assess the potential risks involved.

Breaking through floating ice to construct concrete barriers, for instance, could lead to the disintegration of glaciers.

Scientists have raised concerns that the long term effects of geoengineering are poorly understood.

Some say the controversial field amounts to “playing God” with the climate.

It also runs the risk of falsely leading people to believe that we no longer need to drastically limt greenhouse gas emissions.

However, Lockley believes that the two can dovetail to effectively manage our rapidly changing environment.

“We absolutely need both,” he told The Sun.

“Nobody who works in geoengineering research thinks that we can just ignore the need to cut fossil fuel use dramatically.”

In other climate news, summers in spots like the UK and North America could last half the year by the end of the century due to climate change.

Scientists have warned of a ticking time bomb in the Arctic that threatens to cause a climate catastrophe.