A CHINESE space probe on the verge of reaching Mars has sent back a stunning image during its final approach.

The alien-hunting Tianwen-1 spacecraft took a snap of the Red Planet from a distance of 1.3million miles ahead of its arrival there on Wednesday. 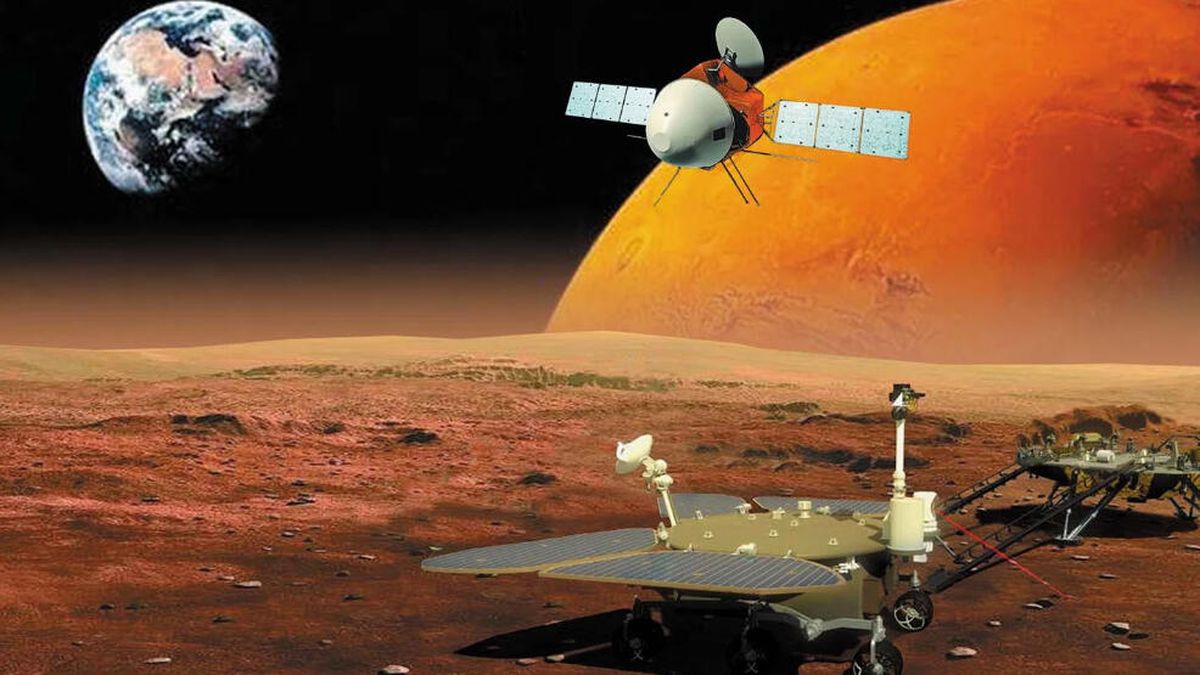 Tianwen-1 – or the Quest for Heavenly Truth – consists of an orbiter (top), lander (right) and rover (bottom)

Tianwen-1 – or the Quest for Heavenly Truth – is a double orbiter and rover.

They will remain paired in orbit around Mars until May, when the rover separates to descend to the dusty Martian surface.

If all goes well, China will become only the second country to land successfully on the red planet.

The aim is to explore for underground water as well as searching for evidence of possible ancient life. 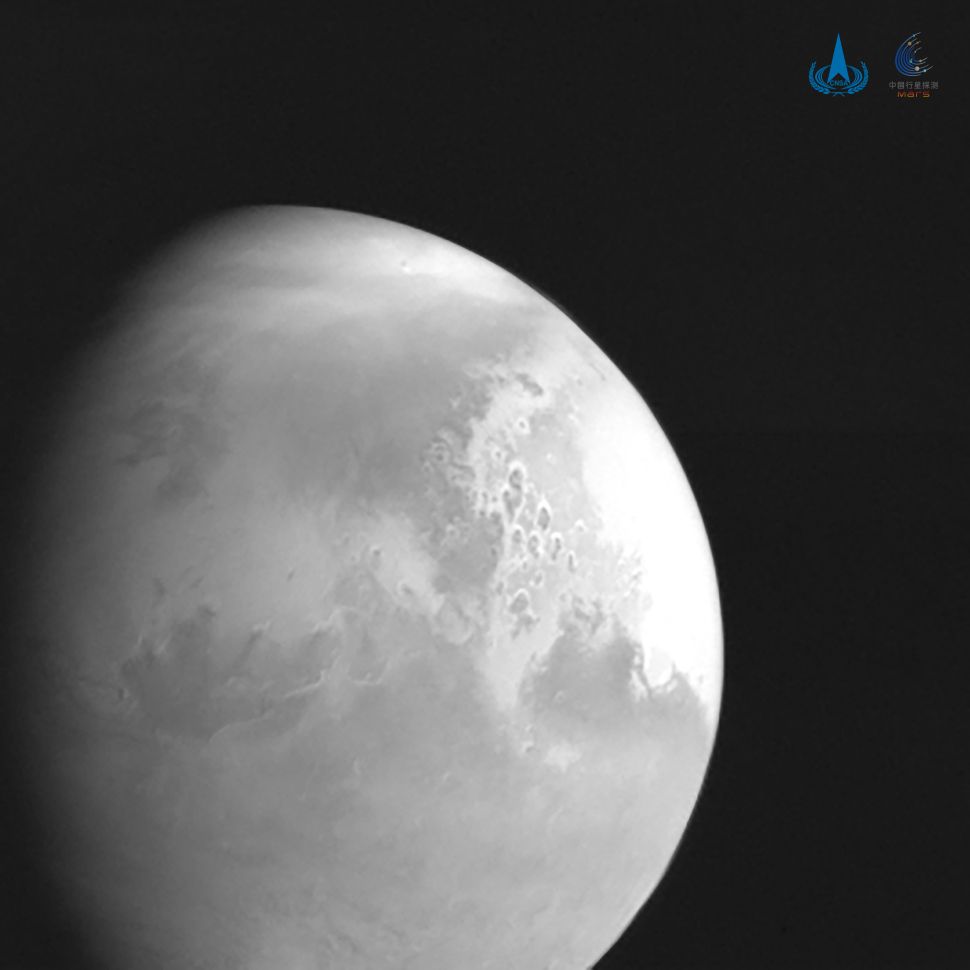 The greyscale image was captured 1.36 million miles (2.2 million km) from Mars, according to the China National Space Administration (CNSA).

A labelled version of the image shows key Martian features on display, such as the Schiaparelli Crater and Valles Marineris.

Tianwen-1 has travelled more than 300million miles (480million km) since it lifted off on a Long March 5 rocket in July 2020. 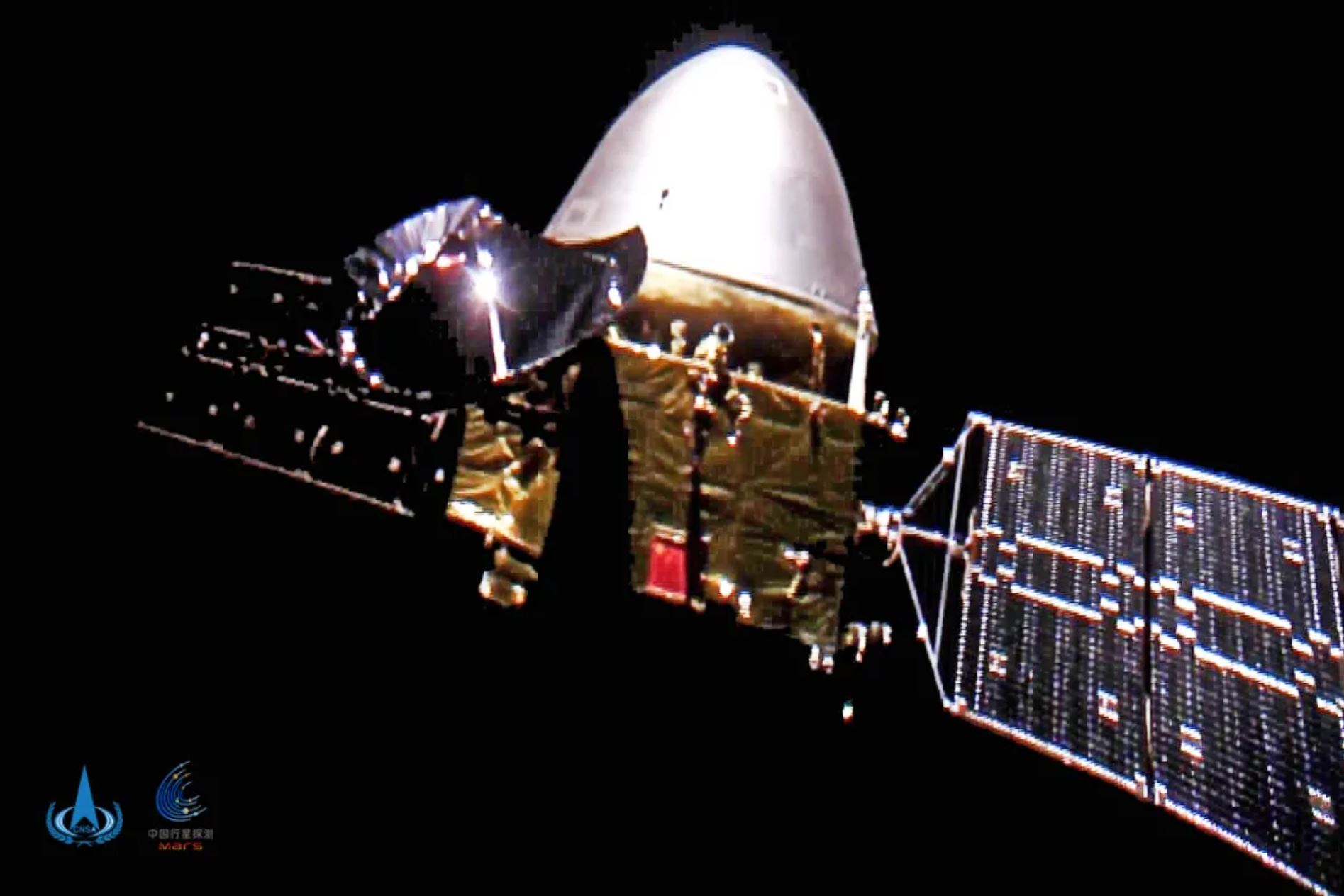 Tianwen-1 is due to reach the Red Planet on Wednesday

The orbiter is expected to last two years and will study the Red Planet’s surface using its powerful cameras, as well as a sounding radar.

After entering orbit on Wednesday, Tianwen-1 will prepare for the landing of its car-sized rover.

The solar-powered vehicle weighs 240 kilos (529lb) and should operate for about three months.

It’s loaded with cameras, subsurface radar equipment and particle analysers, as well as instruments for the study of magnetic fields. 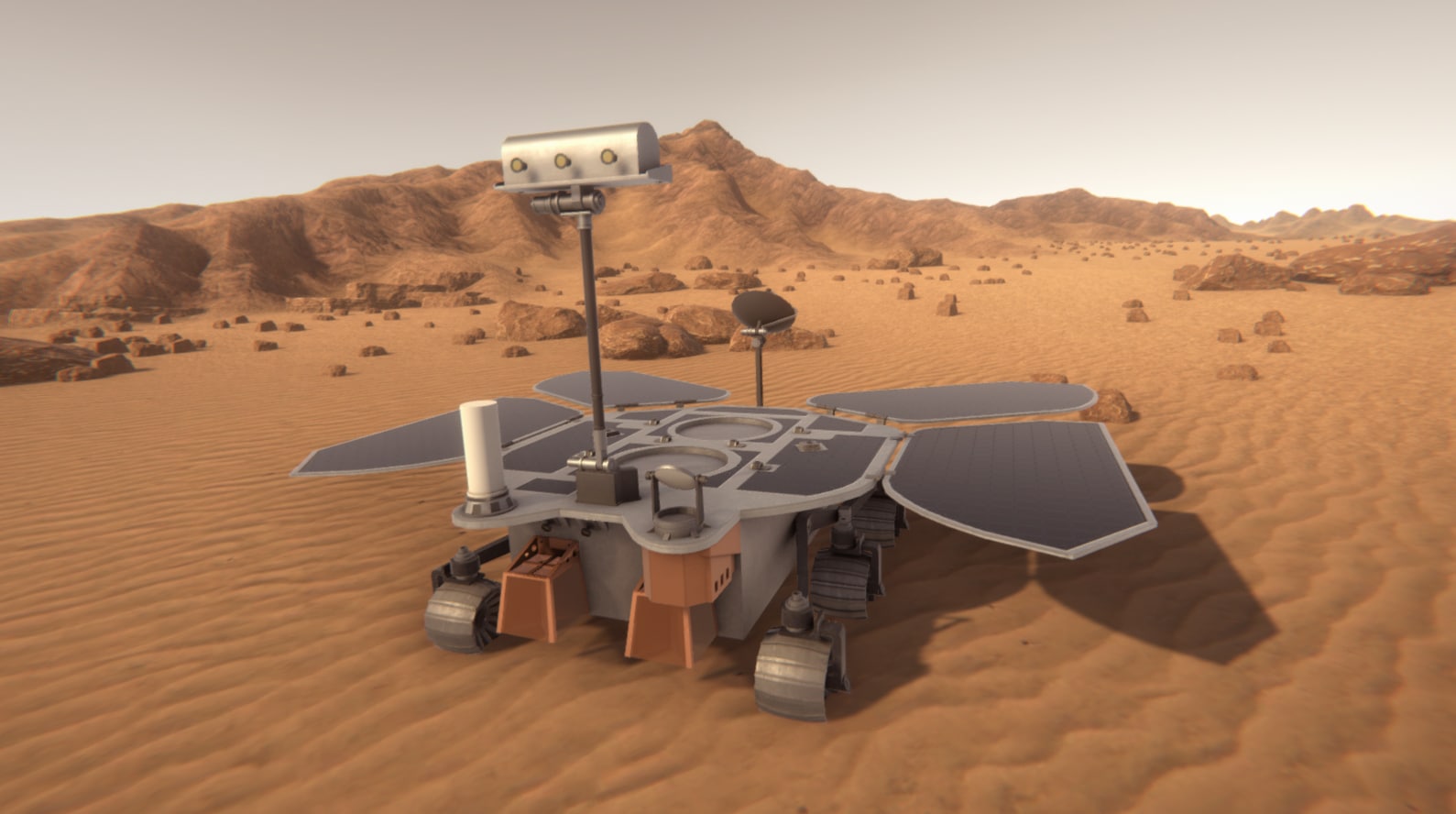 The rover will examine the composition of Martian rocks and soil as well as the water-ice distribution at the planet’s surface.

China is hoping to add its name to the list of nations that have successfully reached the Red Planet.

The country’s first attempt with Russia in 2011 failed to make it through Earth’s orbit.

Tianwen-1 is one of a trio of robotic spacecraft built by three different nations due to arrive at the Red Planet this month.

All were launched last summer by the US, China and the UAE – and are making their final approach after a long journey across our Solar System.

The first is the Hope orbiter, which is part of the UAE’s Emirates Mars Mission.

The probe will not land on the Red Planet, instead remaining in orbit around Earth’s dusty neighbour to take various measurements. 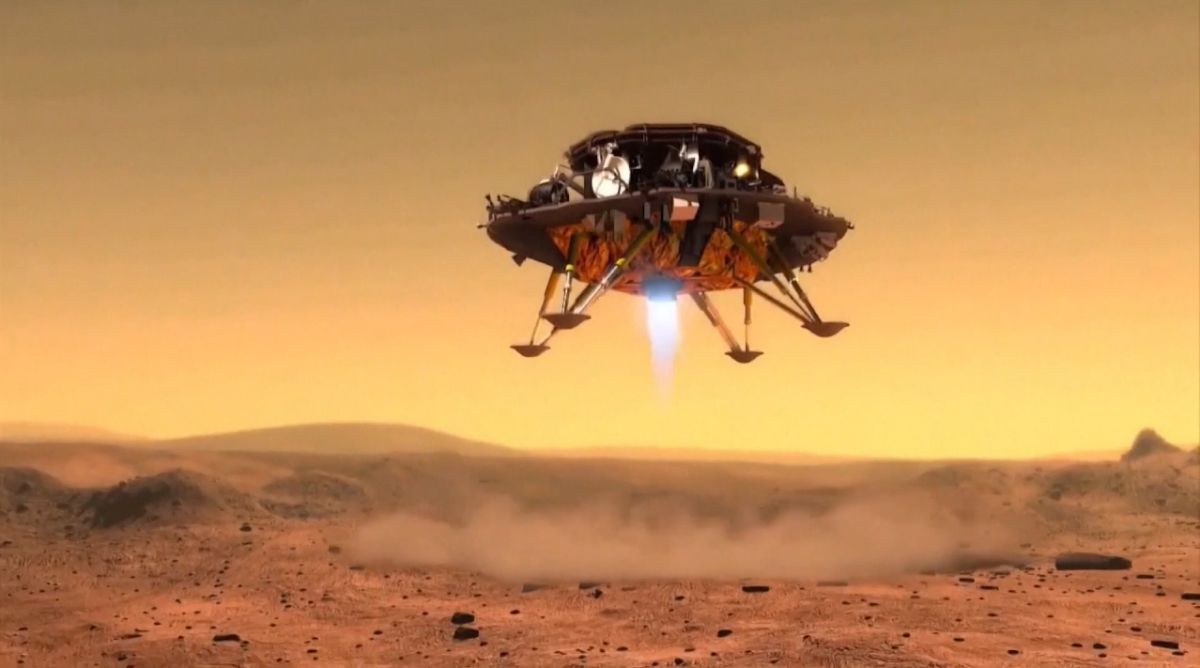 Hope, which is the Arab world’s first space mission, is due to enter its intended orbital path later today.

Following the arrivals of Hope and Tianwen-1, Nasa’s Mars 2020 Perseverance rover is expected to land on Mars on February 18.

The aim is for Perseverance to hunt for alien life and take some useful geological samples.

Nasa is hoping to land the rover in Mars’s Jezero Crater.

In other news, Elon Musk has warned that humanity may “self-extinguish” before we can colonise Mars.

What are your thoughts on China’s probe? Let us know in the comments…