Animals are increasingly “shapeshifting” because of the climate crisis, researchers have said.

Warm-blooded animals are changing their physiology to adapt to a hotter climate, the scientists found. This includes getting larger beaks, legs and ears to better regulate their body temperature.

When animals overheat, birds use their beaks and mammals use their ears to disperse the warmth. Some creatures in warmer climates have historically evolved to have larger beaks or ears to get rid of heat more easily. These differences are becoming more pronounced as the climate warms.

If animals fail to control their body temperature, they can overheat and die. Beaks, which are not covered by feathers and therefore not insulated, are a site of significant heat exchange, as are ears, tails and legs in mammals if not covered by fur.

The beak of the mulga parrot (Psephotus varius) has been increasing in size. Photograph: Minden Pictures/Alamy

The review, published in the journal Trends in Ecology & Evolution, found that the differences are particularly pronounced in birds.

The author of the study, Sara Ryding of Deakin university, a bird researcher, said: “Shapeshifting does not mean that animals are coping with climate change and that all is fine.

“It just means they are evolving to survive it – but we’re not sure what the other ecological consequences of these changes are, or indeed that all species are capable of changing and surviving.”

While the scientists say it is difficult to pinpoint climate breakdown as the sole cause of the shapeshifting, it is what the instances studied have in common across geographical regions and across a diverse array of species.

Examples include several species of Australian parrot that have shown a 4-10% increase in bill size since 1871, positively correlated with the summer temperature each year.

Researchers have also reported tail length increases in wood mice, and tail and leg size increases in masked shrews. Bats in warm climates were shown to have increased wing size.

The paper argues that shapeshifting is likely to continue as the climate becomes warmer. It reads: “The increased temperatures associated with climate change are likely to influence, among other things, the thermoregulatory demands placed on animals.

“The increasing temperatures experienced as part of climate change may be selecting for larger appendages that facilitate efficient heat dissipation or result in relaxation of selection for small appendages through which body heat could be deleteriously lost in cold climates.” 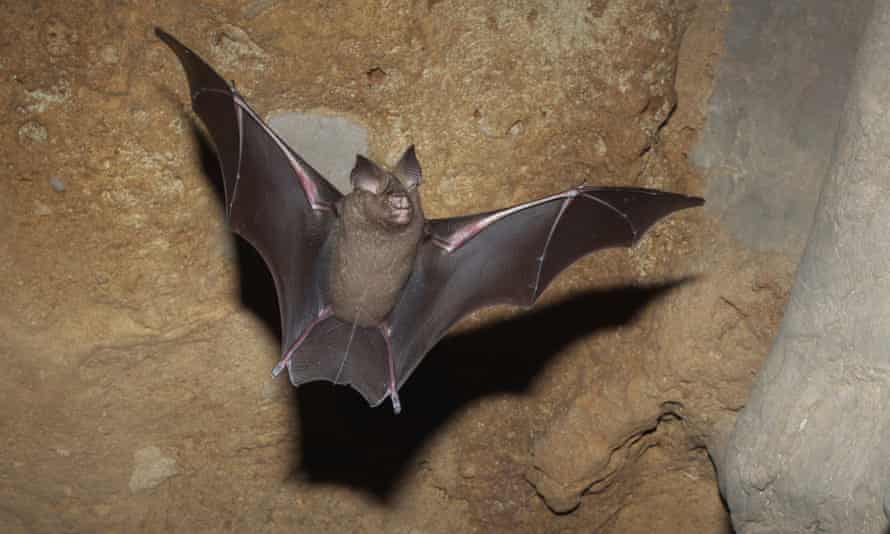 The great round-leaf bat’s wings have been shown to be increasing in size. Photograph: Nature Picture Library/Alamy

Though the changes are small, Ryding said that could change as the planet became hotter.

“The increases in appendage size we see so far are quite small – less than 10% – so the changes are unlikely to be immediately noticeable,” she said. “However, prominent appendages such as ears are predicted to increase, so we might end up with a live-action Dumbo in the not-so-distant future.”

Ryding intends to investigate shapeshifting in Australian birds first-hand by 3D scanning museum bird specimens from the past 100 years to see which birds are changing appendage size due to climate change.

“A lot of the time when climate change is discussed in mainstream media, people are asking ‘can humans overcome this?’, or ‘what technology can solve this?’. It’s high time we recognised that animals also have to adapt to these changes, but this is occurring over a far shorter timescale than would have occurred through most of evolutionary time,” said Ryding.

“The climate change that we have created is heaping a whole lot of pressure on them, and while some species will adapt, others will not.”

It is unclear whether these changes will affect the animals in other ways – for example, bigger bills could affect how birds feed, something the scientists plan to research in future work.