Someday it may be possible for people to tackle their food allergies simply by brushing their teeth. A New York City–based company has launched a trial to start testing this concept in a small group of peanut-allergy sufferers. The idea is to expose users to small doses of an allergen daily, in order to build and maintain tolerance to it.

Tying this treatment to a daily routine should help allergy sufferers keep up with regular treatment, say researchers at Intrommune Therapeutics, which developed the toothpaste. The product may also do a better job than existing therapies at delivering the active ingredients in those treatments to immune cells throughout the mouth, they say.

About 32 million Americans have food allergies. One existing treatment, oral immunotherapy, also exposes patients to small amounts of their allergen through daily doses swallowed as food. However, the treatment can trigger allergic reactions, and the hard-earned tolerance often wanes without continued maintenance dosing.

A gentler treatment, known as sublingual immunotherapy — which instead delivers smaller doses through under-the-tongue liquid drops — offers decent protection while causing fewer side effects (SN: 9/4/19). And it may be especially effective with allergies that are caught early. The mouth drops produce even stronger, more durable benefits in toddlers than in older children, researchers reported February 27 at a virtual meeting of the American Academy of Allergy, Asthma & Immunology.

Still, it can be hard for patients to keep up with this daily therapy. Plus, the immune cells thought to be the best target are actually densest inside the cheeks and elsewhere in the mouth — not just under the tongue.

Several years ago, William Reisacher, an allergist at Weill Cornell Medicine in New York City, was puzzling over these concepts while standing in front of a mirror brushing his teeth. “I saw all the foam in my mouth going into all the areas I wanted it to go,” he says. If food proteins could be delivered as a toothpaste, that would get the treatment to the right cells and embed it in a routine daily habit, he thought. 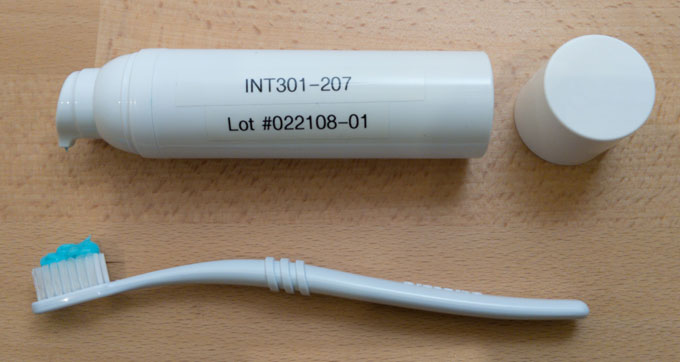 “Bill told me this crazy idea he had, and I thought it was genius,” says Michael Nelson, an attorney trained in biology and health care. Nelson cofounded Intrommune to develop the product. The newly launched clinical trial of the toothpaste designed to treat peanut allergy will enroll 32 peanut-allergic adults to test how well they tolerate escalating doses. Future trials may test toothpastes that contain several allergens, Nelson says.

Other allergists support the toothpaste concept, though some worry about dose control and safety. When a patient’s gums are sore and inflamed — for example, after dental work or losing a tooth — allergens may have direct access to the bloodstream, which increases the risk of systemic allergic reactions, says allergist Sakina Bajowala. She offers oral and sublingual immunotherapies for food and environmental allergies at Kaneland Allergy & Asthma Center in North Aurora, Ill. “Safety is something I’m going to be watching closely,” she says. But “if they found something they think they can commercialize and make accessible, and if they can prove it’s safe and effective, then fantastic.”