Seventeen tiny particles recovered from a flat-topped mountain in eastern Antarctica suggest that a space rock shattered low in the atmosphere over the ice-smothered continent about 430,000 years ago.

The nickel- and magnesium-rich bits were sifted from more than 6 kilograms of loose sediments collected atop the 2,500-meter-tall summit of Walnumfjellet, says Matthias van Ginneken, a cosmochemist at the University of Kent in England. Their exotic chemistry doesn’t match Earth rocks, but it does match the proportions of elements seen in a type of meteorite called a carbonaceous chondrite, van Ginneken and his colleagues report March 31 in Science Advances.

Most of the particles range in size from 0.1 to 0.3 millimeters across, and more than half consist of spherules that are fused together into odd-shaped globs. The elemental mix in the spherules closely matches that of particles found at two other far-flung sites in Antarctica— one more than 2,750 kilometers away — which suggests that all of the materials originated in the same event. Because the other particles were found in ice cores and dated to about 430,000 years ago, the team presumes that the newly found particles from Walnumfjellet fell then too. 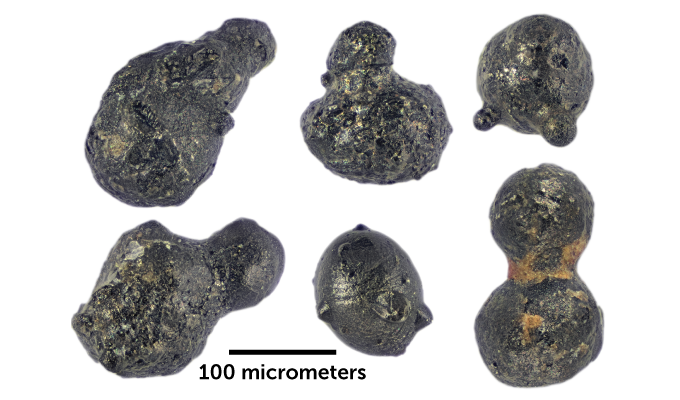 The chemistry of nickel- and magnesium-rich spherules (pictured) found on a mountaintop in Antarctica match that of a certain type of stony meteorites.Scott Peterson/micro-meteorites.com 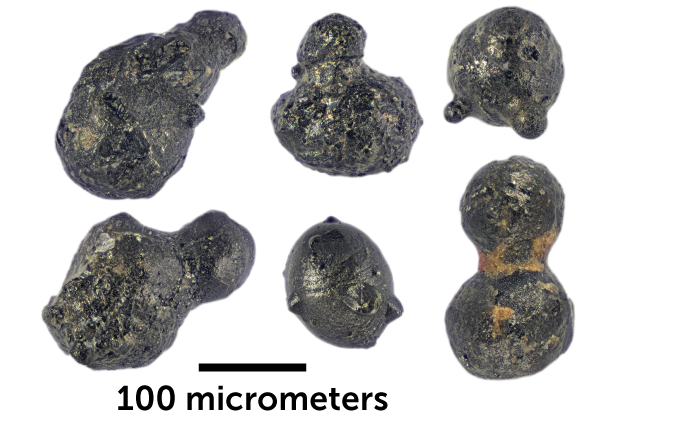 The chemistry of nickel- and magnesium-rich spherules (pictured) found on a mountaintop in Antarctica match that of a certain type of stony meteorites.Scott Peterson/micro-meteorites.com

The meteor that broke up over Antarctica was between 100 to 150 meters across, the team’s simulations suggest, and probably burst at low altitude. Blast waves may have pummeled a 100,000-square-kilometer area of the ice sheet, the team estimates. The explosion left no crater, but peak temperatures where the plume of hot gases reached Earth’s surface would have hit 5,000° Celsius and may have melted up to a few centimeters of ice. A similar airburst over a densely populated area today would result in millions of casualties and severely damage an area hundreds of kilometers across (SN: 5/2/17).

The Superdrug bargain perfumes that are EXACT dupes of designer versions, including Diesel and Thierry Mugler