A personalized brain implant eased the crushing symptoms of a woman’s severe depression, allowing her to once again see the beauty of the world. “It’s like my lens on the world changed,” said Sarah, the research volunteer who requested to be identified by her first name only.

The technology, described October 4 in Nature Medicine, brings researchers closer to understanding how to detect and change brain activity in ultraprecise ways (SN: 2/10/19).

The device was bespoke; it was built specifically for Sarah’s brain. The details of the new system may not work as a treatment for many other people, says Alik Widge, a psychiatrist and neural engineer at the University of Minnesota in Minneapolis. Still, the research is “a really significant piece of work,” he says, because it points out a way to study how brain activity goes awry in depression.

Researchers at the University of California, San Francisco implanted temporary thin wire electrodes into Sarah’s brain. The 36-year-old woman had suffered from severe depression for years. These electrodes allowed researchers to monitor the brain activity that corresponded to Sarah’s depression symptoms — a pattern that the researchers could use as a biomarker, a signpost of trouble to come. In Sarah’s case, a particular sign emerged: a fast brain wave called a gamma wave in her amygdala, a brain structure known to be involved in emotions.

With this biomarker in hand, the researchers then figured out where to stimulate the brain to interrupt Sarah’s distressing symptoms. A region called the ventral capsule/ventral striatum, or VC/VS, seemed to be the key. That’s not surprising; previous research suggests the region is involved with feeling good and other emotions. When researchers applied tiny jolts of electrical current to this region, Sarah’s mood improved. “We could learn the road map of Sarah’s brain in a way that we could really improve her depression symptoms,” Katherine Scangos of UCSF said in a Sept. 30 news briefing.

During this mapping phase of the experiment, Sarah felt joy when the right spot was stimulated. “I laughed out loud,” she said in the briefing. “This was the first time I had spontaneously laughed and smiled where it wasn’t faked or forced in five years.” 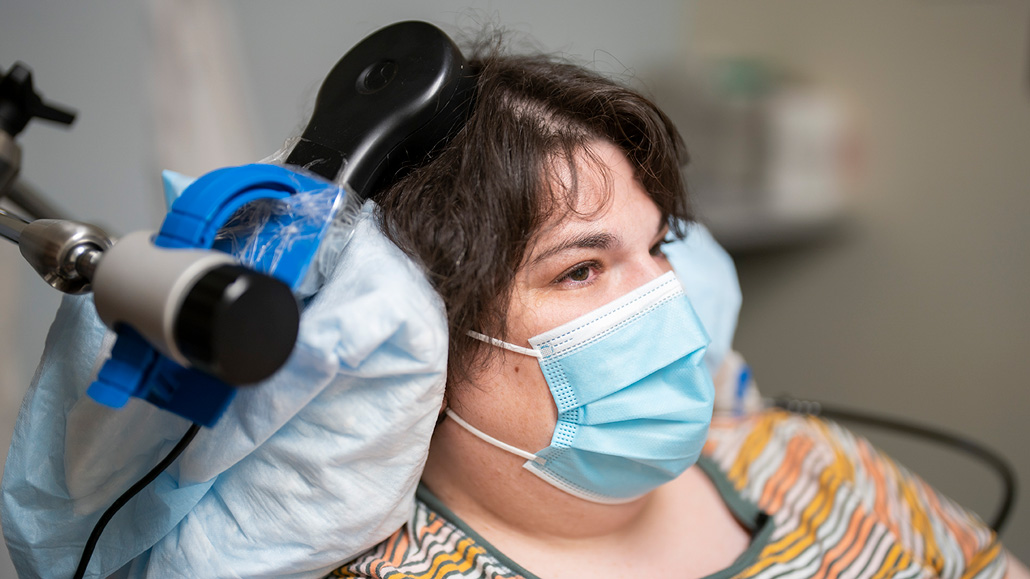 Sarah attends an appointment with UCSF researchers in which her brain activity is being measured by an implanted device, which can then be seen on a computer screen. This process allows her clinicians to find the most effective dose, duration and location of her deep brain stimulation.Maurice Ramirez/UCSF 2021

Surgeons then implanted a more permanent device into Sarah’s brain last June. Scientists programmed the device to detect when gamma signals were high in Sarah’s amygdala, and respond with a tiny jolt to her VC/VS. This happened about 300 times a day. The stimulation was calibrated so Sarah didn’t feel any zaps, but she said they left her feeling a little more energetic.

The research paper describes Sarah’s improvements as the technology did its work in her head over two months; it’s unclear how long the benefits might last, though she’s now had the device implanted for over a year. “As time has gone on, it’s been this virtuous cycle, a spiral upwards,” Sarah said. “Everything has gotten easier and easier and easier.”

The approach used by the UCSF researchers required a lot of sophisticated imaging and machine learning technology. That complexity may prevent it from being a wider treatment, cautions Helen Mayberg, a neurologist at Icahn School of Medicine at Mount Sinai in New York City.

Still, the results — which add to a variety of ways to detect and change problematic brain activity — contain valuable information about how depression takes hold of a brain, and how brain stimulation can change that, says Mayberg, whose research has helped build and refine the field of deep brain stimulation for mood disorders. “What we all want to know is, ‘How does this work?’” 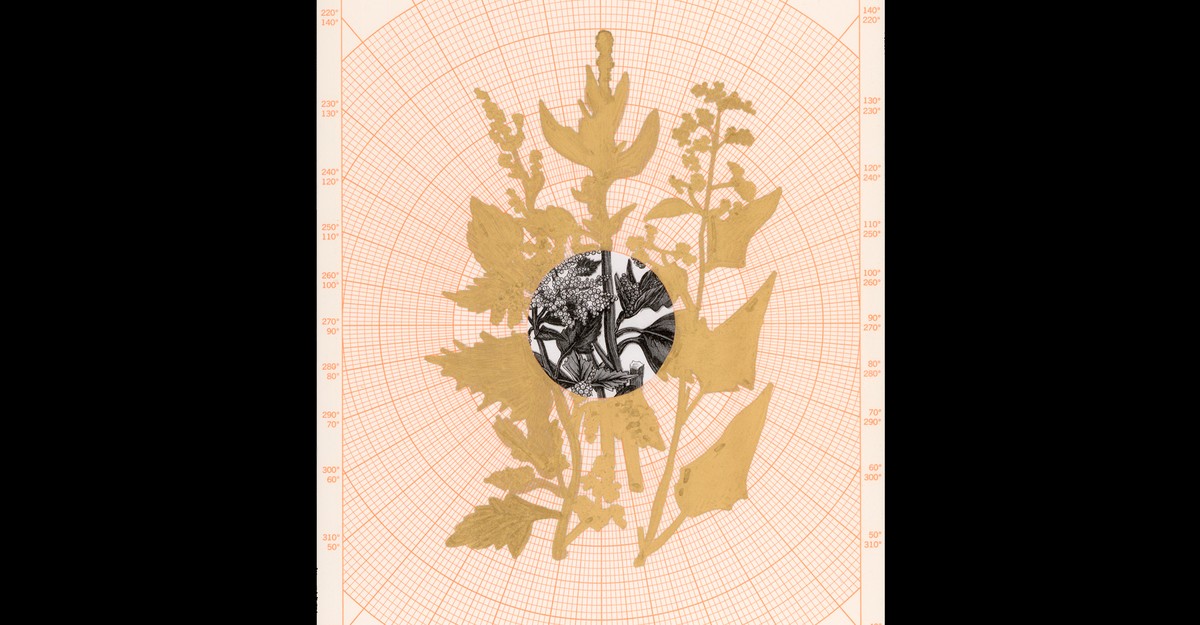