Is Facebook leading us on a journey to the metaverse? | Virtual reality

The concept of the “metaverse” first came from the 1992 sci-fi novel Snow Crash as a place that people flee to escape a dangerous corporation-dominated world. It has since come to refer to a range of virtual experiences that have gained popularity during the pandemic – including video games such as Fortnite, non-fungible tokens or even online meetings and events.

But in recent weeks the term has gained new traction – and concern over its potential ethical and societal implications – after Mark Zuckerberg said that in five years, Facebook would be a “metaverse company” and declared it the “successor to the mobile internet”.

Sharing his vision of what it might look like, the founder and controlling shareholder of the $1tn (£750bn) company described an online world where people wearing VR headsets – Facebook also owns Oculus, the virtual-reality platform – would not just view content but be inside it. It would be an online space built by companies, creators and developers in which people could also live their lives – virtually going to performances and even work.

In Washington, Facebook’s political push to promote the metaverse is reportedly already in full flow. Sheryl Sandberg, Facebook’s chief operating officer, and Nick Clegg, its vice-president for global affairs and communications, are leading the lobbying campaign. On Monday, Clegg is set to lay out the company’s plans for how the metaverse could reshape society in a talk entitled Journey to the Metaverse.

According to the Washington Post the company is in conversation with thinktanks about metaverse standards and protocols – a move that some observers say allows the company to shift discussion away from issues such as the antitrust lawsuit filed by the Federal Trade Commission last year.

But experts fear that with regulation still struggling to catch up with the impact of the first wave of social media, the metaverse is likely to be a way for companies like Facebook to capture and profit from even more data. They also warn that more foresight and government protections are needed to counter the risk of the space, and people’s lives, being overrun by big tech.

“I know it’s not necessarily a popular view but I do think that the harms that we see after the fact, for children especially but also for adults, are sufficiently worrying that it would be more sensible to work to put in place governance arrangements – checks on transparency, on data protection, etc, and harms, especially to children – before these companies are permitted to come forth,” said Robin Mansell, professor of new media and the internet at the London School of Economics.

While to most people the metaverse is an abstract term, internet giants are already investing much hope – and money – in it. Facebook recently launched a virtual-reality meeting service, Horizon Workrooms, where people gather remotely wearing headsets and meet as if they were physically there in an online virtual meeting space.

Mansell said the social-political issues associated with the metaverse will be identical to those on existing social-media platforms, such as Facebook – including data, surveillance, regulation and representation of gender, race and ethnicity. But in the immersive world of the metaverse, they will be on a far larger scale. She believes tech giants should be forced to wait before launch until there is “clarity about how they’re going to be governed”.

“For me, it seems like it is simply another step in the monetisation of data to the benefit of Facebook and other large platforms sold to people as fun, exciting, helpful for productivity at work and so on,” she said.

Scott Galloway, professor of marketing at NYU Stern School of Business in New York, said Zuckerberg is at the heart of why the metaverse is attracting attention. “The notion that he’s decided that the only way to increase our attention is to become the universe is one of those problems when you sit back and ponder on it too long, it feels like it could go nowhere good.”

He added: “I don’t think people are scared of the metaverse, they’re scared of the Zuckerverse. And that is what he has accomplished in social media. There are more people who get their information from Facebook than people in the southern hemisphere plus India.”

Dr David Leslie, ethics theme lead at the Alan Turing Institute in London, said the metaverse would offer an “escape hatch” out of dealing with society’s biggest problems. 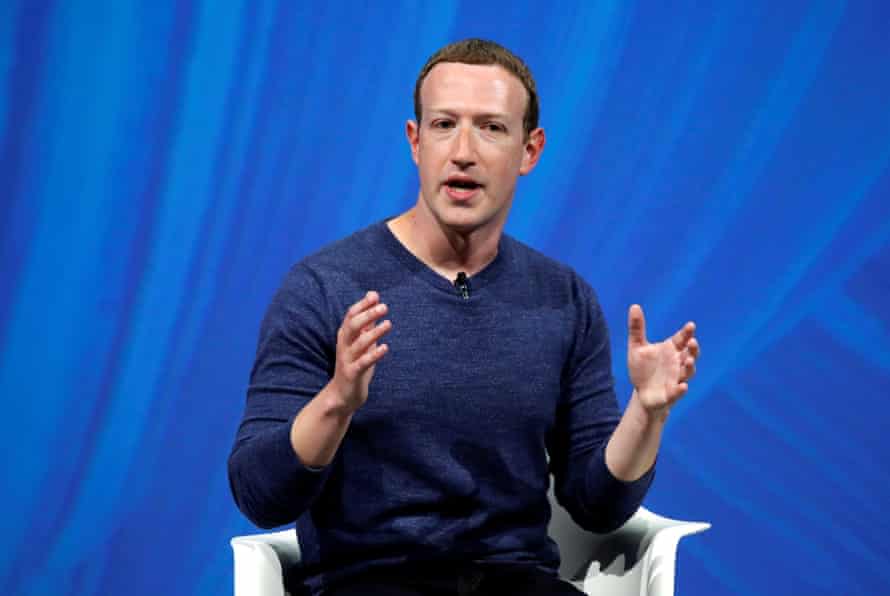 The concept, he said, poses ethical questions around everything from who builds and controls it, the risk of losing “the safe space of private life”, and an unrepresentative virtual population. “There is a risk that in terms of a socioeconomic, gender, ethnic makeup, the populace of the metaverse may be imbalanced. We don’t live in a time where there’s equitable access to the sorts of infrastructure that one would need to engage in these technologies.”

Dr Brent Mittelstadt, senior research fellow in data ethics at the Oxford Internet Institute, said the potential social impact of the metaverse is far from certain. “If it were as disruptive as, say, people going on virtual dates rather than meeting up, to be able to say what effect that would have on the nature of relationships would be very difficult in the same way that predicting the impact social media would have had when it was just being talked about as an idea.”

But, he said, if Facebook manages to get you to spend lots of time there, it is accomplishing its goal of collecting more data and monetising it. “Suddenly you have more data sources than currently exist being combined and funnelled through this one thing – the metaverse. And if Facebook gets its way, then you’d obviously be spending a significant chunk of your time on there.”

Femicides in the US: the silent epidemic few dare to name | Gabby Petito

What Are Automated Guided Vehicles?

Is Jane’s Revenge for Real?