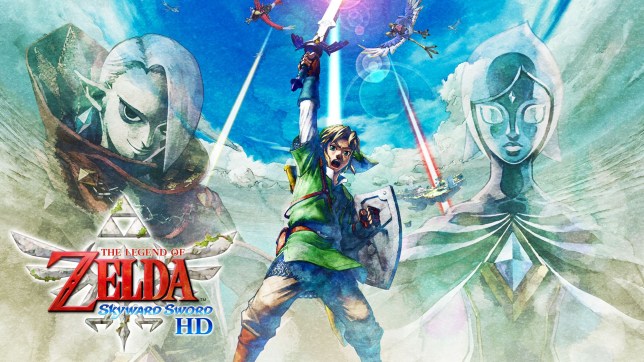 The new Nintendo Direct had no news on Breath Of The Wild 2 but there is going to be a remaster of its immediate predecessor.

It seems this weekend’s 35th anniversary of The Legend Of Zelda is going to pass by without any recognition by Nintendo, but there will be a remaster of Skyward Sword later this summer.

Originally released in 2011 on the Wii, Skyward Sword is by exactly the same creative team as Breath Of The Wild and, as director Eiji Aonuma pointed out in this week’s Nintendo Direct, the two games do share a number of features, including a stamina meter and the use of a paraglider.

However, Skyward Sword’s reputation has always been very mixed, in part because the original could only be played using motion controls – but that at least will not be an issue anymore.

The Switch version of Skyward Sword will have an option to use the Joy-Cons as motion controllers, with one for your shield and one for the sword.

In that sense they’ll work essentially the same as the Wii version, although the Joy-Cons are a lot more accurate and reliable than even the Wii Remote Plus.

If you really don’t want to use motion controls though the remaster will include the option of a buttons-only control system, with the right stick being used to control the angle of your sword cuts.

How well that works remains to be seen but the remaster will also run at an increased 60 frames per second and feature other unspecified graphical improvements. 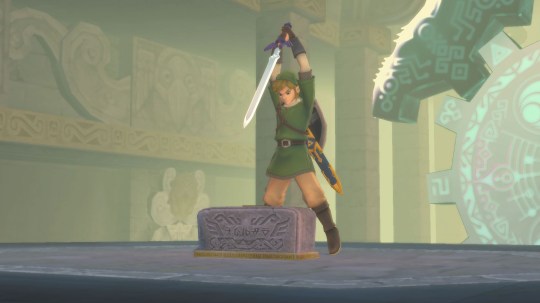 We always felt the motion controls worked well, with the real flaw being the bloated length of the game, with two much repetition of set pieces and a languid pace that made the opening few hours seem to drag on forever.

There was no mention of any changes to the gameplay though, and while that doesn’t necessarily mean there won’t be any it’s likely to be a lingering complaint of a game whose reputation has lessened considerably over time – and especially in comparison with Breath Of The Wild.

Skyward Sword does have some of the best dungeons in the series though, which was a weak point of Breath Of The Wild, so there is that. Either way you’ll be able to judge for yourself when the game launches on July 16.

A pair of Zelda-themed Joy-Cons will be released on the same day, with the left one based on the familiar Hylian shield and the right on the Master Sword.

When is the Zelda: Breath Of The Wild 2 release date?

As for the sequel to Breath Of The Wild, Aonuma said that development is ‘proceeding smoothly’ but that you’d have to wait until later this year for any new information.

That doesn’t rule out the game being released this year but it does make it much less likely. Especially as new games like Splatoon 3 were shown off in the Nintendo Direct, and yet they’re not coming out until 2022.