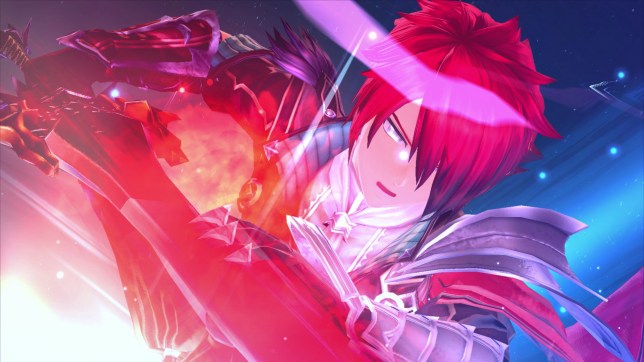 The makers of Trails Of Cold Steel switch to their more action-focused franchise, with influences from everything from Bayonetta to Batman.

As Nintendo’s dominance of the Japanese games market strengthens the implications for the Japanese role-player are significant. For decades PlayStation formats, both home and portable, have been the natural home for the genre and even when Nintendo has dominated, with the DS and Wii, it’s made little difference to role-playing games. But this time the shift is not just because Nintendo is in ascendance but because, at the same time, Sony seems to be losing interest in its home market.

To be fair, it’s not as if most Japanese role-players are major money-spinners, especially on a global scale, but it’s going to be interesting to see if Nintendo will actively court developers to ensure they move over to the Switch. Logically that would include cult favourite studio Nihon Falcom, who are little known in the West but who, with games like the Trails Of Cold Steel series, are one of the most accomplished producers of low budget role-players in Japan.

One of their other major franchises is the Ys series, which dates back to the late 80s and which, until recently, was rarely seen in the West. Ys 8: Lacrimosa Of Dana was though and, despite a weak script, proved to be a highly enjoyable action role-player and a highlight of the franchise so far. Like most of the games, Ys 9 has few story connections to the previous titles and so is perfectly accessible even if you’ve never heard of Ys before. The question is whether it’s more or less so than its immediate predecessor…

Although the recent games are essentially standalone adventures, you do always play as the same main character: the red-headed Adol Christin. This time he and his long-time companion Dogi arrive at the city of Balduq, where Adol is immediately arrested and transformed into a Monstrum – a supernatural creature with the power to fight monsters. Although Adol is still the good guy he has to team up with other Monstrum to discover the secrets behind the city’s evil-spawning portals, while dealing with the fact that he’s not only cursed but a fugitive on the run.

Although the set-up is very different to Ys 8 the underlying structure is very similar, as you recruit allies and take them back to a secure base while forging out to explore other areas of the game world. You can see why Falcom wouldn’t want to throw the baby out with the bathwater, when iterating on the last game, but the truth is being marooned on a desert island and exploring its wilderness is an intrinsically more interesting concept than skulking around the dour environs of Balduq.

The resource-gathering survival elements obviously don’t make as much sense in the new setting but Falcom has still found an excuse to bring back Ys 8’s Tower Defense mini-game. Even so, and despite some more fantastical dungeon settings, Ys 9 has a fundamentally less interesting game world to explore, with much less visual variety.

Both the story and setting almost seem like they’re trying to pay homage to Bloodborne at times, with an overall darker tone than previous games, but the cartoonish visuals and playful banter of many of the characters makes for an awkward mismatch. Thankfully though, Ys 9 has several other tricks up its sleeve, as Adol has a surprisingly wide range of parkour abilities, with his Monstrum powers basically turning him into Batman, complete with grapple line and the ability to glide around the city.

This is all completely different from what most people would expect, when told this is the ninth entry in a decades-long franchise from the oldest of old school Japanese role-playing developers, and that goes for the combat too, which is closer to Monster Hunter mixed with Bayonetta than a traditional turn-based game.

You can have three of your party in a fight at one time, all moving around and dodging just as if they’re in a straight action game. Your basic attacks work like one too, although they’re really just a means to access more powerful special moves; these require a gauge to fill before you can use them, which perversely fills faster if you’re able to find a quiet spot and not attack for a moment. 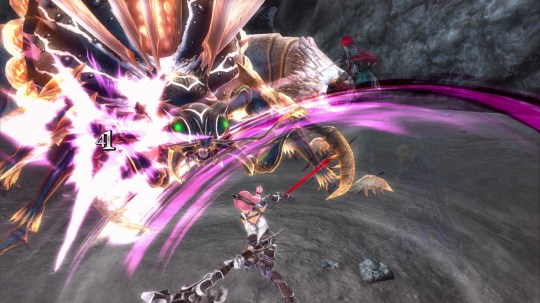 In true Bayonetta style there’s also a bullet time dodge move, while Ys 9 also reintroduces boost mode from Ys Origin, which increases damage dealt and received for a short time, which is an interesting risk to take.

Falcom has definitely upped its game in terms of boss battles, some of which very well orchestrated, but overall the game’s combat is just a bit too easy most of the time and this is a rare role-player where we’d advise increasing the difficulty from the start to make sure it keeps your interest.

Ys 9 is a difficult game to rate compared to its immediate predecessor, which was an important milestone for the series. There are some interesting new elements, such as the platforming, and the script is definitely better, with a lot of genuinely funny lines and an almost Mass Effect style focus on the backstory of your various allies. That can lead to the main plot getting lost in the shuffle though and as with most Falcom games the story can often seem rather aimless.

Ultimately, Ys 9 is largely the same game as the last one but in a fundamentally less interesting context. As bombastic as the combat is there’s not quite enough depth in it to compensate for the game’s failings, relatively minor as they may be. It’s still an enjoyable and breezy experience (you could beat the whole story in 30 hours with time to spare) but we’d still recommend Ys 8 as the preferred way to dip your toe into Falcom’s waters. Then, if you want a similar experience but just not quite as good, there’s always Ys 9 for afterwards.

In Short: Another fun, fast-paced action role-player from the makers of Trails Of Cold Steel but it’s not quite the revelation its predecessor was, despite superior storytelling.

Pros: Typically fun combat system and some great boss battles. Monstrum powers add an unexpected platforming element. The plot can get a little side-tracked but the characters and script are generally engaging.

Cons: The structure, including the Tower Defense mode, worked better in the context of Ys 8’s considerably more interesting setting. Combat hasn’t change much since the last game.