xQc wins $825,050 during gambling stream – immediately loses it all

You win some and (more often) you lose some (pic: Twitch)

After winning over $800,000 during a gambling stream, Twitch streamer xQc mistakenly refreshed the web page and lost it all.

xQc, real name Félix Lengyel, is currently one of Twitch’s most popular streamers. With over 10.9 million followers on the platform, xQc has amassed his following largely through his gambling streams, wherein viewers watch as the streamer makes win after win – or devastating loss.

Despite some recent drama and controversy, and a lot of condemnation from fellow streamer HasanAbi about promoting gambling to such a large audience, xQc decided to host a sponsored gambling stream.

During the 16 hour-long stream, wherein xQc gambled with cypto and virtual money, xQc settled on playing a game called The Wild Machine. In this game, users have five free spins with the chance to win up to 7,000 times their money, per spin of their initial stake.

After playing for around half an hour, xQc managed to net himself a grand total of $825,050. xQc whooped and swore with exhilaration, as the huge number dominated the screen. He even rose to the top of the big wins leaderboard for that particular game, beating the previous record-holder by almost $200,000.

However, just as it seemed that nothing could go wrong for the streamer, disaster struck. After refreshing the web page the screen went white, displaying the words ‘500 Internal Server Error.’ Just like that, xQc had lost everything. 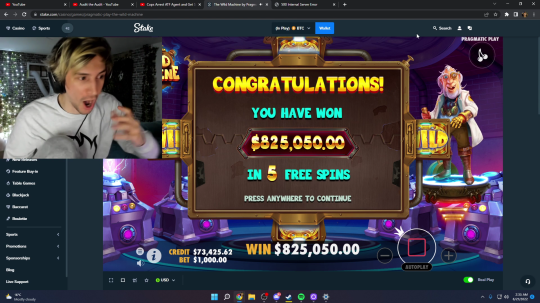 xQc stares at the screen for a few seconds, before the reality of his mistake set in. He pulled at his hair, swearing and exclaiming, ‘I’m so dumb’ over and over. And then, he slumped in his chair, staring at the white screen with a look of grave acceptance.

This defeat serves as a reminder of the risks involved in gambling, especially online gambling where there is the additional risk of technical errors.

However, the loss is unlikely to deter xQc, who has suffered heavy losses in the past and continues to gamble for his viewer’s entertainment – and his own. 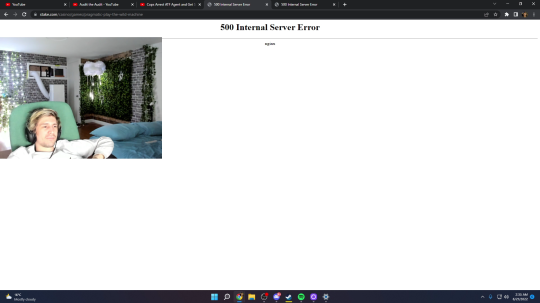 It looks like xQc’s questioning his life choices… (pic: Twitch)

Who is actress Anna Maxwell Martin? – The Sun