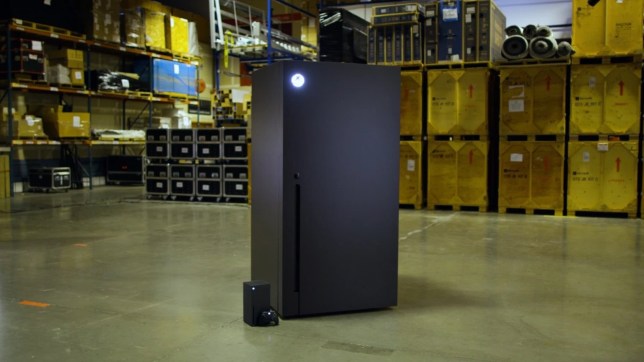 In order to garner votes for a brand competition on Twitter, Xbox is promising to make real mini fridges if it wins.

While it was nice to see Microsoft acknowledge and embrace the Xbox Series X fridge meme last year, it’s surprising to see the company still holding onto it. It recently partnered with The Rock for a competition giving away Xbox-themed mini fridges and now it’s promising to make them publicly available.

Given how the fridges are only available in limited quantities and, even then, only celebs and influencers have been ‘lucky’ enough to be gifted one, this news may please particularly die-hard Xbox fans. But it does come with a caveat.

Xbox will only go through with producing the fridges if it wins a brand competition currently taking place on Twitter. Twitter Marketing has been holding a public vote on which brand are best at using Twitter, and the final round is between Xbox and… Skittles (PlayStation and Nintendo weren’t even included at all).

Xbox’s offer seems to have come as a counter to what Skittles is promising. Should Skittles win, it will bring back lime Skittles. We weren’t aware lime Skittles were that popular that they’d be used as enticement, but here we are.

At the time of writing, there’re only a few hours to go until voting closes, so if you want to be able to buy yourself an Xbox mini fridge you best get your vote in now. Or don’t. Vote for Skittles, it’s your choice. We’re not your dad.

As for the actual console, while things have certainly improved since the November launch, acquiring an Xbox Series X still isn’t easy and eBay scalpers continue to be a problem.

Box.co.uk is running a ballot system to randomly pick people and give them a chance to buy the console though, so it’s always worth signing up for that if you’re eager.

New £200,000 house is built with bus stop blocking the path to the front door