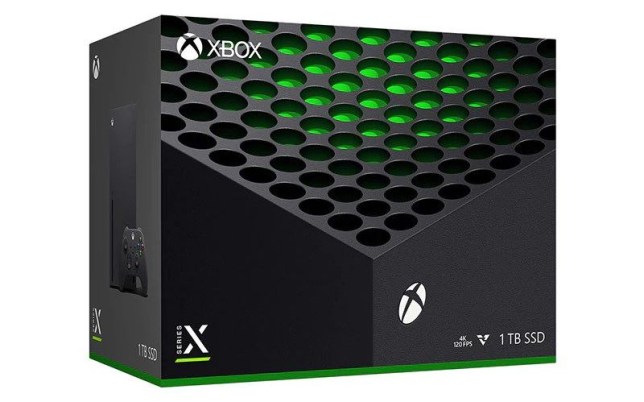 In stock now, or at least it was (pic: Microsoft)

The PS5 hasn’t been available for a few days now but the Xbox Series X is back in stock at Currys and via Xbox All Access at Smyths.

Most of the headlines about next gen console stock so far has been about the PlayStation 5, purely because there’s even less of those to go around than the Xbox.

The Xbox Series S has been relatively easy to get hold of, with a little patience, but the more expensive Xbox Series X much less so.

A major shipment has just come into the UK though, for both the Xbox Series S and Xbox Series X, and it’s been enough to slow down the website of Currys PC World to a crawl. [Update: the Xbox Series X is now out of stock, but the Series S is still available.]

The Xbox Series X is still in stock at Currys as we write this, but as usual it’s probably unlikely to stay there for more than an hour – unless there’s been a sudden change in stock availability.

Something is certainly different today though, as Smyths has also got it in stock and is selling it via the Xbox All Access programme.

The Xbox All Access scheme allows you to buy the console in instalments of £20.99 a month but is only available from Smyths and GAME in the UK.

It also allows you to upgrade from an Xbox One to an Xbox Series S or X, although of course that still depends on there being stock available.

The Xbox consoles are limited by the same component supply issues that have made the PlayStation 5 and PC graphics cards scarce, with chip manufacturer AMD warning things won’t be back to normal until the autumn – although the situation has clearly improved somewhat over the last few weeks.