It had a good run (pic: Microsoft)

Microsoft has announced that Xbox Live is no more, but it’s couching it simply as a name change with no hint of any major changes.

Despite rumours that Microsoft might be prepared to make online gaming free on the Xbox it turns out that the changes to Xbox Live are simply a name change, to Xbox network.

This is apparently to distinguish the overall online service from the paid-for subscription service Xbox Live Gold. Although considering both have been going for getting on 20 years it seems strange to suddenly worry about that now.

Clearly there’s more to all this than Microsoft is letting on (especially considering they initially denied the rebranding was happening) but for now there are no hints at any other changes.

Xbox Live Gold remains Microsoft’s most reliable income source for the Xbox division but unlike PlayStation Plus you need to pay for Xbox Live Gold even to play free-to-play titles like Fortnite and Warzone online.

Microsoft has promised to remove this loophole but still hasn’t set a date to do so, which has fuelled rumours that a major revamp of Xbox Live, perhaps involving it being combined with Game Pass, is being planned.

There are rumours stretching back almost a year that Xbox Live Gold will be discontinued and/or turned into a free service, especially after Microsoft stopped selling 12-month subscriptions – something it is still not doing.

For now though you can only take Microsoft’s comments, that this is a name change and nothing more, at face value.

‘Xbox Live isn’t going away. We are making ongoing adjustments to create a simpler, more descriptive messaging system for Xbox in different areas. None of these experiences or features will change as part of these updates,’ said Microsoft in a statement to GameCentral. 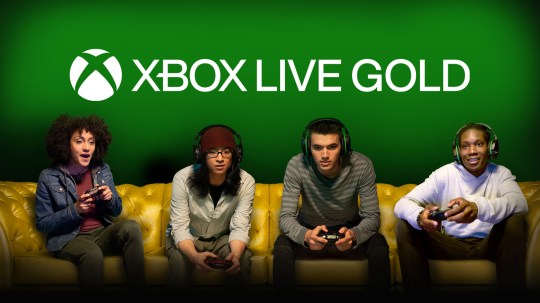 Still something you have to pay for (pic: Microsoft)