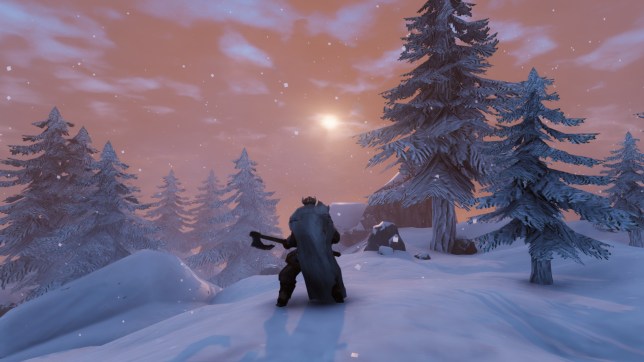 Steam’s newest surprise hit has hit a snag, in the form of a bug so powerful it can destroy whole characters and even worlds.

Until its release a few weeks ago nobody had heard of Viking themed survival game Valheim but all of a sudden it became one of the biggest games on Steam, selling 1 million copies in a week and attracting more concurrent players than the likes of GTA Online and Apex Legends.

Its rise to instant stardom has not been without a few pitfalls though, with one bug in particular causing players more distress than any dangers in the actual game.

An ‘evil world-destroyer bug is still roaming free’ warned IronGate boss Richard Svensson over the weekend, as he advised players to ‘please backup your world and characters’.

If you are playing Valheim this weekend, please backup your world and characters. The evil world-destroyer bug is still roaming free =( #valheim

‘It’s an evil bug, that we have yet to be able to reproduce even once’, he said. ‘It seems to occur more often if you exit the game by ALT+F4, so try to use menu->exit instead.’

If you’ve never heard of it before, Valheim is a survival game for one to 10 players set in procedurally-generated worlds inspired by Viking culture.

As most survival games tend to be, it’s extremely difficult but also very rewarding if you manage to last long enough to win Odin’s favour.

How to backup character and world in Valheim

Backing up your worlds and characters is a manual process but it’s pretty easy. All you have to do is navigate to the following folder on your PC and copy all the files there C:UsersUsernameAppDataLocalLowIronGateValheim

You’ll have to replace ‘Username’ with the username used to log in to the PC, but the simplest way to access the folder is to use the Windows search bar. If you can’t see it in your taskbar just right click on it and select ‘Search > Show search box’.

Copy and paste the files into a completely separate folder, on your desktop or somewhere else that you won’t forget, and then copy and paste them back into the original folder if your files get destroyed by the bug.

Until the bug is fixed it might be an idea to do this every few hours, because Valheim is a difficult game and you’d hate to lose anything if you manage some good progress.