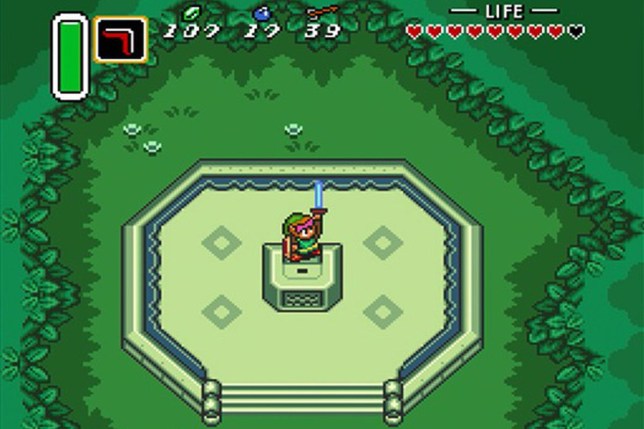 Zelda: A Link To The Past – a genuine classic (pic: Nintendo)

On the 35th anniversary of The Legend Of Zelda a reader explains why the third entry is still his favourite, and the best game of all time.

In a way I’m kind of glad that Nintendo isn’t celebrating the 35th anniversary of Zelda. They probably would if they could but what with the pandemic they just seem to have skipped it, unless some massive surprise is going to happen on Sunday. I’m okay with that as I think these sort of things should be special and, let’s face it, 35 isn’t a particularly significant number. Nintendo just hyped it up for Super Mario Bros. because they had nothing else going on last year.

Hopefully they can pull out all the stops for the 40th and pay tribute to the whole series, which by that point will surely have at least two or three new games, including the sequel to Breath Of The Wild. Obviously, I don’t know how that will turn out but I can tell you now that, based on the 19-odd that already exist, my favourite is still the third one: A Link To The Past on the SNES.

Before anyone says this is nostalgia talking it was not the first, or even second, Zelda game I ever played, as I actually started with the superb Ocarina Of Time then moved on to Majora’s Mask. Those are amazing games, of course, and by this point I was hungry for more so I picked up a SNES cheap (this was round about 2001) and a copy of the game in as decent condition as I could get. Which is easier said then done if you’ve seen the state some people keep their games in when you go looking round car boot sales… but that’s another story.

Despite it all, I have to admit I was pretty disappointed by my first impression of A Link To The Past, which had pretty basic graphics even for the time. I also do not know what anyone was thinking with the pink hair – some kind of technical limitation I’m guessing but, yesh. This is not a game you show to someone else and expect them to be impressed. Playing it though, the impression you get is completely different.

Even with the basic graphics the game is amazingly atmospheric from the off, with the plot, such as it is, unravelling during an ominous thunderstorm as the game neatly introduces you to the main characters and the controls. No 10-hour introductions here (looking at you Skyward Sword), you’re into the action almost immediately and then when you’re out in the overworld you realise how huge it is, by 1991 standards, and what a task you have before you.

The sense of scale and unknown danger is incredible for such a simple top-down game and once you get into the first dungeon you realise there’s a whole extra side to things. It never actually occurred to me at first, that the game would have dungeons, as I’d for some reason assumed they were only in the 3D games but nope, the ones in A Link To The Past are every bit as complex and difficult as the others, perhaps even more so.

At this point I was totally sold and then, as I got further into the game, I encountered the light/dark world concept for the first time. That’s when you realise that the game map is essentially twice as big as you think and that the puzzles aren’t just restricted to the dungeons. I’ve since realised that every Zelda game has its own gimmick but the one for A Link To the Past is sheer genius and still being ripped off to this day by other games, although never as good in anything I’ve ever seen.

It’s just a wonderful game, with everything you could ask for from a classic: exploration, action, puzzle-solving, even a heartfelt story. There might not be much to the plot but the characters are really memorable and when you get to the end and find out what happened to everyone it’s so heart-warming. Like I said, the best game ever made. And I think it probably always will be.

Receptionist, 32, dead after boy, 17, ‘driving Lamborghini at 120mph SLAMS into her Lexus’ in tragic crash