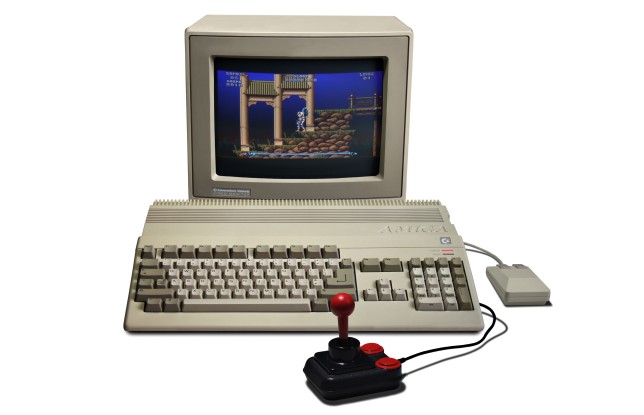 Do enough people remember the Amiga?

A reader suggests making retro collections based on the Amiga 500 home computer, as well as Nintendo’s Super Nintendo and Game Boy.

The newer generation of consoles has now come upon us and not even a year into their respective releases the PlayStation 5 is doing exceptionally well with its sales, as well as the Xbox and Nintendo Switch. We are beginning to see some new games appear now and given the very tough challenges during the pandemic all three companies have done remarkably well.

Any gamer from the days of the Amiga and Commodore 64 will tell you that some of the best games from that system also appeared on future games consoles such as the Mega Drive. Classics like Lemmings and Sensible Soccer are examples of some of the greatest games on the Amiga, that helped make this system so popular.

Worms was another game from the Amiga that also managed to make its way to the PlayStation, which shows just what the Amiga managed to accomplish even a long time after its release. The Amiga saw a ton of other great games such as Cannon Fodder, Lotus Turbo Challenge 2, Moonstone, Speedball 2, Flashback, Dune 2, The Secret Of Monkey Island, Theme Park, Rainbow Islands, and Wacky Races.

There are a lot of other great Amiga games that are well worth being included in a collection on the next gen consoles, if that were ever to happen.

The Super Nintendo gave us games such as Super Mario World, Mega Man X, Pilotwings, Super Mario Kart, Donkey Kong Country, The Legend Of Zelda: A Link To The Past, Super Metroid, Super Castlevania 4, and Secret Of Mana. The Super Nintendo recently had a mini-console version with some handpicked games but sadly a lot of great games were not included.

The Super Nintendo has many other games that deserve to appear in a collection that I am sure gamers would love to see happen and that would give the Switch a title everyone would certainly want to own.

While this was originally a portable console it is what got a lot of people into classic games like Tetris and Super Mario Land, while also hosting other great classics such as the Pokémon series. The Game Boy also managed to get more fans into other popular series such as Double Dragon and Donkey Kong and continued to see many amazing games during its lifetime, such as Metroid 2, Castlevania 2: Belmont’s Revenge, Final Fantasy Adventure, Bionic Commando, Super Mario Land, R-Type, Gremlins 2, and many others.

The Game Boy Color was an enhanced version of the Game Boy that bolstered the library of games further and along with the Game Boy Advance would make a great collection for the Nintendo Switch, given the Game Boy is one of the most influential games consoles ever to have been released.

Although there are many consoles that are worthy of having games collections the above mentioned are three that I feel have been long overdue. They would allow people to continue to enjoy playing these classics into the far future and experience them exactly how they are meant to be enjoyed.

Dillian Whyte could fight in the US this summer