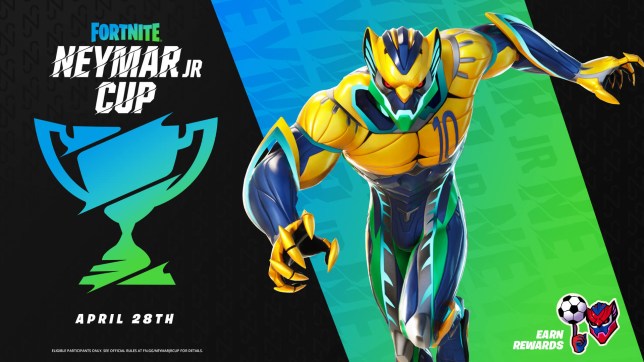 Neymar is a hard skin to unlock (pic: Epic Games)

The quest to get the Neymar Jr. skin in Fortnite is a complex one but finding the various hidden football players is easy if you have a map.

Fortnite has had so many unlikely cameos over the years it’s hard to say whether Brazilian footballer Neymar Jr. is stranger than, say, the stonks guy or Tron, but he’s certainly up there.

He was added over the weekend but the quest to unlock all his skins and items is an unusually complicated one, with one of the main stumbling points being able to find football players scattered across the game’s map.

Thankfully, there’s only three of them and with the map below it’s fairly easy to pinpoint where they are, although that’s not all you’ll need to do to unlock Neymar. 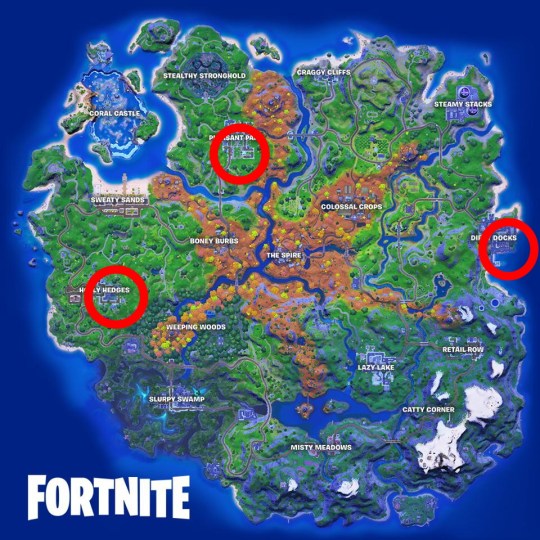 Find the footballers and unlock Neymar

Unlike Neymar these aren’t real, celebrity footballers so there’s no need to get their autograph. Although you will need to speak to them to receive their quests.

Pleasant Park – this is the easiest one to find as they’re on a full football pitch just south of Pleasant Park.

Dirty Docks – this one is just a single goal but it’s south east of Dirty Docks and still fairly obvious.

Holly Hedges – also just a single goal, but you should find it south east of Holly Hedges.

How to score a goal in Fortnite

Once you’ve spoken to the players you’ll have to complete five quests to unlock the Neymar skin, and then score a goal as the man himself.

You can use the football toy, or soccer ball as the game refers to it, at any of the goal locations above. The only problem is the number of other players that are likely to be hanging around and trying to do the same thing.

To get the ball all you have to do is talk to a footballer and they’ll gift it to you. To use the ball, which you’ll need in a few of the quests, select it from the emote wheel and then just aim the cursor at the goal to kick the ball.