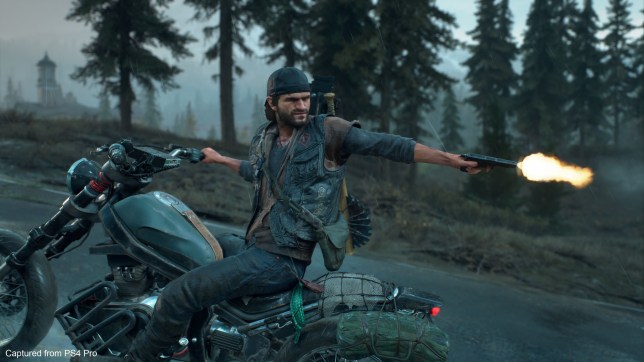 A reader reacts to the news that Sony is bringing more of its exclusives to PC and asks why anyone needs to buy a console anymore.

The news this year seems to have been dominated by people trying and failing to buy a PlayStation 5. As far as I understand they’re still going to be hard to get hold of for at least the rest of the spring, although I haven’t looked into it much as I’m not interested myself, because I have a gaming PC. The second after I type that and I already know it looks like I’m trying to brag or acting like one of these terrible ‘master race’ fans but I don’t mean that in a dismissive way. I mean it in the sense that, as someone that is not that well off, it is by far the most cost effective way for me to be a gamer.

Go back 10 years or so and the PC was in a bad place as a games format. No exclusives, constantly overlooked for console ports, especially from Japan, and those that did make it out often ran terribly and needed fan mods for them to even work properly. Now though, it seems like all roads lead to the PC. The indie scene is the healthiest it’s ever been, multiformat games run well and are usually much better than their console counterparts, and Xbox Game Pass means there is absolutely no need to own an actual Xbox.

But that brings me to the inspiration for this feature, in that now there doesn’t seem to be any point in owning a PlayStation either. Sony has announced that Days Gone is coming to PC and apparently many more are following after it. For me that is all I need to know to give up any thought of buying a PlayStation 5 or any other console in the future (with the possible exception of Nintendo ones but since they’re not really my thing, that doesn’t really count for me).

The way I see it there are three reasons to buy a console: the relatively inexpensive cost compared to a PC, the exclusive games, and the confidence that games will work as intended. It’s clear to me that all three of those reasons have been broken down over the last few years, to the point where none of them are really true anymore.

A console is less expensive than a good quality PC gaming rig, which is around twice the price (at most I’d say, you can get some very good deals if you’re frugal). However, games for a PC are much less expensive than on a console, to the point where anyone trying to charge you £70 would be laughed out of the house. Plus, a PC can last much longer, with backwards compatibility that stretches back decades and upgradeable parts that can be replaced as and when you’re ready.

On the point of working as intended, which to me was always the most appealing part of consoles, that has almost entirely disappeared over the course of the last generation. For a start the appalling state companies release games in, as exemplified by Cyberpunk 2077, means there’s barely any point buying them for the first six months anymore – and Cyberpunk worked better on PC from the start.

Then there’s the mid-generation upgrades of the PS4 Pro and Xbox Series X that added very little, cost a fortune, and completely ruined the idea that when you buy a console and a game you know they’re going to run exactly the same for everyone. Something which is muddled even further with the PC style graphics and performance modes that are so common now.

These options were added because a PC developer doesn’t know exactly what hardware you’ll have, so you have to have options for compromises. That shouldn’t be the case for consoles, as to my mind it completely misses the point of having consoles in the first place.

And then there’s the exclusives. Xbox Game Pass means it’s a complete non-issue when it comes to Microsoft, as they’re barely even trying to convince people to buy their console anymore – and that’s before streaming becomes mainstream. What Sony’s going to do in regards to that I don’t think we know but, for whatever reason, they’re now releasing their games on PC.

I really don’t know why though. Sure, they’ll make more money from a bigger audience, but if that’s the logic why not release them on Xbox as well? When Microsoft started to break down the need to buy their consoles they did it because they’re pushing Xbox as a service and one you can play regardless of what device you own. But Sony don’t have that. To play a PlayStation game you either buy a console or a PC, but that second option is so much better you suddenly ask yourself what’s the point of PlayStation?

Are Sony to become just another third party publisher like EA or Activision? I’m sure that’s not how they see things but it’s certainly what I predict now that they’ve opened the genie’s bottle and embraced the far more consumer friendly world of PC gaming.