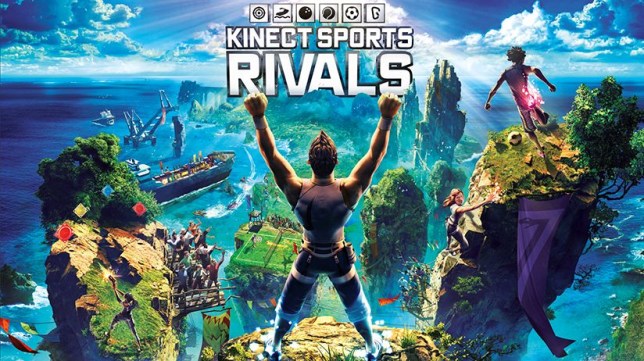 Kinect Sports Rivals – at least it was something new (pic: Microsoft)

A reader comes to the conclusion that gamers are really only interested in the familiar and not the innovation the profess to want.

Philosophers and academics have been asking this question since the dawn of time and the answer to this conundrum will always be the same… literally. Gamers want the same things, that’s it. I’ve solved the riddle. Pay me a million pounds, give me the Nobel Peace Prize, done.

Do you want a new IP that attempts brand new gameplay ideas, with innovative design and a setting that turns the most outrageous dreams (and nightmares) into a reality? We gamers will absolutely say yes, but when you dig a little deeper what they want is actually God Of War 41 or Halo 976. Oh, they’ve added a grapple hook, that’s revolutionary! Oh Kratos has a beard, how inspired! So we muddle our way through the same old games and then lambast the industry for lack of ideas.

I’m guilty of it too! I play the same Tomb Raiders year in year out and I love them, I want more. Like an addiction to drugs I crave the recognisable highs, so when I see the Tomb Raider’s tropes replicated in a something like Horizon Zero Dawn it feels like satisfying a craving.

Lets go back to 2013 and the release of the Xbox One and PlayStation 4. The next gen game that really grabbed me wasn’t the generic Killzone Shadow Fall or Dead Rising 3, it was a little demo of Kinect Sports Rivals. I had dabbled in motion controls with the Wii and wasn’t a fan, but Xbox One came boxed with the Kinect so, like, herpes, I was stuck with it. I tried the water-skiing demo of the aforementioned game… I was blown away. The Kinect was responsive and could literally recognise my fist closing to make the jet ski accelerate, this was the techiest piece of tech I had ever teched.

Then I tried the full game and realised it was all a bit naff. But the demo felt new, exciting, exhilarating and different, it was using this new technology in a clever and unexpected ways. The game got no reaction from the gaming community and the Kinect went the way of Old Yeller. What always struck me about the technology was that it was a really cool peripheral, with lots of potential.

It could read your heartbeat, something that could have been game-changing for the horror genre, but we as gamers rejected the Kinect, we didn’t want it and to be honest I didn’t want it either, as outside that one demo it was useless to me. So its potential was never fulfilled.

We constantly want a revolution, especially in the advent of a new generation, and yet the most popular games of the PlayStation 4 and Xbox One were Call Of Duty, Assassin’s Creed, GTA, and whatever third person action adventure game is flavour of the month on PlayStation.

In the last generation the two most popular new IPs from Xbox and PlayStation were Ghost Of Tsushima [actually it was Horizon Zero Dawn – GC] and Sea Of Thieves. The former game is a critical darling that’s beloved by fans, but it’s literally Assassin’s Creed in all but name. Sea Of Thieves on the other hand did dare to be different, putting teamwork at the heart of its gameplay and creating something rather unique, and I absolutely hate it.

Though Sea Of Thieves has its fans, in the grand scheme of the gaming community it’s looked down upon, because what people actually wanted from the game was an Assassin’s Creed 4: Black Flag clone with Rare’s sense of humour and style. I wanted that too. So we dismissed a game that really tried to be different, while praising a game that is so close mechanically to another series it might as well be in that series. The trouble is, I’d still much rather play Ghost Of Tshushima.

Then there’s the debate about VR and this revolutionary way to play games. My limited time with the peripheral means my opinion about games on it can’t be fully formed but I have enjoyed what I have played (Beat Saber is class), but even last year a game like Half-Life: Alyx which apparently used VR in new and interesting ways, seemed to be seriously overlooked in favour The Last Of Us Part 2. No shade to Naughty Dog, as I love the game, but it didn’t really do anything gameplay-wise that 100 other similar games haven’t already done.

We, as gamers, need to stop lying to ourselves, we don’t want new ideas, we never did. We want the same ideas recycled with a new skin to give us the illusion of individuality. That’s not a dig, we want the familiar, but we should also give games outside our comfort zones a try, as there are hundreds of indie games out there that do break the mould but won’t get the love, adoration and sales of yet another Star Wars game – so seek them out and give them a go.

We shouldn’t criticise developers and publishers for never attempting a new IP when we all seem to play the same old Gears Of War and Uncharted games. Though I think we can all be united in the opinion that Gears Of War needs to die right?