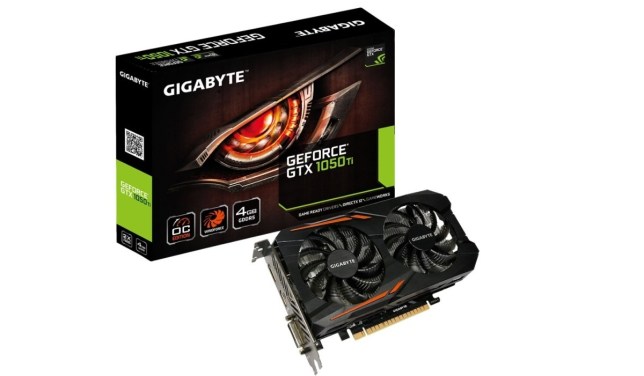 If it’s not fast enough you can just get a new one (pic: Nvidia)

Readers debate the pros and cons of PC gaming and how it compares to consoles, in terms of performance and value for money.

The subject for this weekend’s Inbox was inspired by reader David and asked if you own a gaming PC and if so how much did you pay for it and how well does it run modern games? If you don’t own a gaming PC what would make you consider it and what has put you off so far?

The majority of responses were from PC owners, most of who, as you’d expect, preferred them to consoles. Although there were also plenty of console owners who were put off by the vagaries of PC components and preferred the simplicity of consoles.

Slightly tempted
While I have a PC, and use it for some games, most of my gaming is done on a console.

For me one of the main benefits of consoles is their cheaper price, and while games are pricier sale prices are still broadly comparable.

I also find reliability a major factor, both in terms of maintenance and in terms of knowing that the game you buy will play well. An important driver of those benefits is having a single console type available and I see the new approach of having various tiers of consoles (PS4 Pro, etc.) a major threat to these benefits.

In terms of controls, I prefer the controller for anything actiony. While the mouse is clearly the superior choice for strategy games or adventure games, the controller is my preference for third party action games or driving games. I also prefer it (more controversially) for first person shooters. While mouse and keyboard is undeniably quicker, the twitchiness feels unnatural and I like the physicality of the controllers movement. It’s less effective, but a better overall experience, for me at least.

I would always consider PC gaming, (never say never) but to tempt me in they need to offer a more consistent, convenient, and reliable experience. While there are multiple types of PCs, with different parts and components at different powers, I can’t see that happening. In the meantime, they offer a great alternative to consoles – and all the while we need PCs for other activities, I can’t see them ever becoming less popular.
Matt (he_who_runs_away – PSN ID)

Definitive version
For me the PC will always be the ultimate format for video games. It can be confusing and expensive, sure, but it doesn’t have to be and for me the benefits far outweigh those issues anyway. With a good PC I can guarantee I’m playing the best version of any game, no questions asked.

And it’s only been getting better and better in recent years, as first Xbox and now even Sony embrace PC. Japanese publishers, who all but ignored the PC a decade ago, release almost everything on it now which is great. You do still get the odd multiformat game, that’s clearly aimed at consoles, that doesn’t run so well or take much advantage of being on PC but they’re becoming rarer every time.

Then you’ve got all the extra benefits like cheaper game prices, mods, and the biggest indie selection. I do have a Switch but if it wasn’t for Nintendo I don’t think I’d probably own any console.
Leonard

PC future
I would describe myself as a PC gamer, although I also have a number of consoles and my current rig is getting old and really needs a new graphics card at least. But between the pandemic and bit-miners the price of them has gone through the roof and I’m really struggling to justify the cost.

Until one of those issues, at least, is sorted out I’ll stick with what I’ve got but I do wonder whether the PC’s lifetime is more limited than people realise. Once streaming becomes mainstream then the majority of what you’ll be playing will essentially be PC games, only the hardware’s at the other end of the internet.

Imagine being able to stream a game running at max settings without ever having to build a PC, buy a new component, or worry if the game will work with? In days past it was worth the effort but my hope is that streaming will do it all for me.
Gantz

No tune ups
I’ve got a desktop PC but it’s not very powerful and I only use it for the occasional indie game, which otherwise I prefer to play on my Switch. I do wish I had a better one but while price is a consideration it’s having to keep up on what’s the best component and what to get and what to avoid. That’s just not something I want to be involved.

I think it’s probably similar to people that are into cars and like to know about how they run and will tune them up and customise them themselves. I am not one of those people. I like to drive cars, I appreciate a well designed one and all the modern features but I’ve no interest in how it works and in fact am glad that I can just pay someone else to worry about that.
Lapis

Double-edge sword
I’ve been PC gaming for a bit over 30 years now.

The main pro (and simultaneously con) of it has remained much the same since I started: upgrades.

For example, one of the early PC games I got was The Secret Of Monkey Island. When you started it up, you were able to add a flag that told it what kind of soundcard you had – I didn’t have one at all, so was greeted with some sad sounding beeps. A relative had an AdLib soundcard, and when I played the game on his computer it sounded great.

There was also an option for Roland MT-32. I had no idea what that was, but later I saw it in a magazine… it was an external MIDI synthesiser, more of a musician’s tool, that cost £450! That’d be about £1,200 with inflation these days, making them equivalent to the top end graphics cards of today. Many years later when you could get them (relatively) cheap, I did get one to play around with, and the sound was amazing. Going from PC speakers to AdLib to Roland MT-32 was like going from the stone age to the renaissance to the space age!

Today it’s much the same, needing the latest Nvidia graphics cards to have DLSS and ray-tracing, etc. to get the most out of new top-end games.

It’s a pro, because you can get bleeding edge effects not possible on consoles, which have fixed hardware that only gets bumped properly four to six years after release.

It’s also a con, because obviously they cost a lot of money (prices have risen sharply above inflation recently), are increasingly hard to find due to miners, and sometimes require a new power supply. Due to that, I’ve pretty much tapped out of high-end computer gaming.

I still buy plenty of PC games, but mostly indie ones that don’t stress my computer.

The other major pro is being able to mod the games. Using Monkey Island as an example again, even if you had an MT-32, you would not get any sound effects in the game as they weren’t supported. But a fan created a patch so that it could take the music from the MT-32 and the sound effects from the AdLib, giving you the best of both worlds. And there are many, many fan patches like that, giving you definitive versions of games.

The other major con is that developers need to support a very wide envelope of configuration possibilities, so games are often less reliable than they are on consoles, and have lower performance at equivalent hardware specs then consoles – where the developer knows they only have to hit one or two fixed specs. So you end up having to pay more money to have an equivalent experience.

Given custom chips in consoles have largely given way to more standardised PC components I suspect PC gaming will only get more popular, with console to PC ports becoming easier and easier.
Lord Darkstorm

Up front costs
I’ve never bought a gaming PC for one simple reason: price. Yes, they may well work out cheaper over time but that doesn’t help if you’ve got a £1,000 outlay at the start. I imagine I could get a cheaper one than that but then what’s the point if you haven’t got something that’s significantly cheaper than a console?

I just don’t see the benefit myself and I can’t seem myself ever buying one, unless they suddenly get cheaper. But as far as I understand they’re more expensive than ever at the moment, thanks to the chip shortages.
Mustang

Console only
Not being a PC gaming person, I’ll have to take the consoles’ side of the gaming world. It’s easier to set up and the user friendly options and menu screens get straight to the main point, which is of course the playing of the games.

I am not a fan of playing on a laptop or a top-end gaming PC, just doing my office work on an office PC will do for me. I do have indie style games on my laptop, but it’s very limited and it’s for games I can’t get for the console but really wanting to play them. But no triple-A games as such.

Due to limited time and not the enthusiasm for building a PC and updating every now and again, there is even less reason for me to get a gaming PC. I appreciate the great sounds and graphical capabilities, but the PlayStation 4 and 5 can do that also and I am quite happy with that.

I see PCs surviving and ultimately shrinking in size and still being very popular for games, especially for the streamers and online crowd with their strategy games and multiplayer online shooters. I am still surprised at how big a decent gaming PC is! But as cooling down with lots of fans are required to stop the machine overheating it’s always going to keep the gaming PC a fair size for now.

Consoles are big but contained, with an easy to set up process, making me favour this style of gaming. For years I’ve had an unbroken chain of consoles, since getting a SNES – after my years on the Amiga 500 Plus. But kudos to the ability of the PC and long may fans and developers of this important machine keep advancing the world of graphics, sounds, and the absolute raw power to bring the greatest visual delights to the gaming world.
Alucard