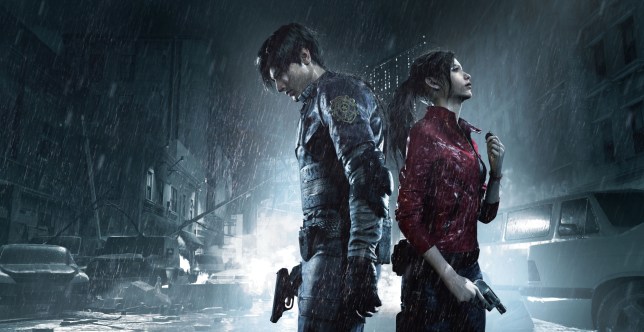 Readers discuss their favourite video game genres and how they think they’ll evolve on the new generation of consoles.

The subject for this week’s Hot Topic was suggested by reader Gannet, who asked what do you traditionally consider to be your favourite genre and why? Which games do you think are the best examples and how do they compare to other famous entries in the genre?

Pretty much every type of game was suggested at some point but role-players, open world game, and 2D platformers were particularly popular.

Easy answer
I thought this would be a difficult question until I thought about it a little longer and the obvious answer came to me: survival horror! It all started with Resident Evil when I was a kid and I’ve gone on to love almost every other classic in the genre, from Silent Hill to Project Zero to Amnesia: The Dark Descent.

The odd thing is that I’m not a particularly big fan of horror movies – I find a lot of them fairly boring – but a good survival horror is just amazing. I love the sense that you can get literally frozen with fear by just a video game, something you know isn’t real and you’re controlling.

Resi will always be my favourite though, as it’s that mix of cheese, action, and scares that no-one else ever quite manages to replicate. Village is looking good already too, and I love that it’s such a long lasting series with very few duds.
Echo

I would also like to see a speed-up button similar to the Final Fantasy 12 remake and the Cold Steel series, especially for when grinding makes the game much quicker and enjoyable, which is handy when game time is limited.
Michael, Crawley
PS: What would you recommend as the best game that combines role-playing, strategy, and base building?

GC: We’re not sure any one game is going to have those elements in exactly the way you imagine but Suikoden 2, Fallout 4, Heroes Of Might & Magic 3, and Fire Emblem Fates all come to mind. XCOM 2 too, although it’s not really a role-playing game.

Open formula
I’m not sure it counts as an actual genre (maybe it has its own name?) but open world games tend to be my favourite, of the sort that Ubisoft and Rockstar specialise in. Ubisoft aren’t my favourite examples as they tend to be very formulaic but I think if I mention them everybody knows what I’m talking about.

Rockstar are the masters though. Red Dead Redemption 2 is such an amazing looking game its unreal. Or rather it’s incredibly real to an amazing degree. So much so I doubt there’ll be a better looking game for many years yet, especially if Rockstar release a next gen patch.

The appeal of the games is obvious I feel, it’s getting lost in a completely believe, massive world where you can do almost anything you want. I prefer Red Dead to Grand Theft Auto as the natural, open air environment is so relaxing to explore, which is not something I think anyone would ever say about GTA.

I get the complaints about the games, that they are too generic and don’t usually have great gameplay, but I love them and will always be interested in any game that has an open world.
Specter

Your turn
I love turn-based strategy games, so you can imagine how I feel about them being relatively popular nowadays. I don’t think they ever became cool exactly but they’re not uncommon at all, even while the real-time strategy, which did use to be the cool kid’s choice, is basically extinct nowadays.

My favourite of all time is still probably Advance Wars on the Game Boy Advance, but I also love everything from XCOM 2 to Darkest Dungeon. Into The Breach is the one that comes closest to beating Advance Wars though, with such a tight set of rules and controls it’s just magical.

I don’t know what to expect from the games in the future though. Turn-based games usually have very simply graphics so they’re not one to show off a next gen console, although they do benefit from the extra power for processing the artificial intelligence, as you can tell from XCOM 2. That’s why I’m hoping there’ll be an XCOM 3 announced soon, for both consoles and PC.
Koffee

Always hungry
My favourite genre is 3D platformers, which is a problem because they’ve always been extremely rare. Luckily the proportion of them that are good is unusually high, but even so it’s a frustrating kind of game to be a fan of as you’re always left feeling hungry for more.

Obviously the Super Mario games are the best of the bunch, with Super Mario Galaxy 2 being the best game ever as far as I’m concerned (I’m really looking forward to Bowser’s Fury!). But there’s lots of other good stuff out there that’s not Nintendo, including Banjo-Kazooie, Conker’s Bad Fur Day, Psychonauts, Ratchet & Clank, and the new Crash Bandicoot. Recent indie games like Yooka-Laylee and A Hat In Time have also been good, if a bit rough around the edges.

For me, the reason I like the style of game so much is the sheer density of things to go. They’re like open world games where instead of wandering around aimless for hours everything is packed into these tight little areas where almost every inch hides a secret or an enemy. I think they’re seen as too complicated and unstructured nowadays but I love them to pieces.
Ratso

Quick scroll
After all these years and I still love 2D shooters. You don’t get many new ones nowadays but if I want to relax or cheer myself up then a quick go on R-Type or Radiant Silvergun will cheer me right up.

The games are never easy but the satisfaction of completing what to a new player seems an impossible level, without getting hit even once is such a thrill. The recent PC Engine Mini was a godsend too, allowing me to play a number of classics I’d never been able to get before.
Badgerman

Its own genre
This was a hard one for me to pick through, as there are so many great franchises. I have to mention that I am really excited for the Prince Of Persia: Sands Of Time remaster, as they were at the time my favourite games for sheer gameplay. And that is possibly the influence of what has become my favourite series over the last couple of console generations, which is Assassin’s Creed. Since the first game I have been hooked. The historical settings, the story and gameplay all make this a great series to work through. Granted, there are a couple of missteps (Unity and Chronicles) but I think overall it is one series I genuinely look forward to the next game.

I do think that the three games that featured Ezio were the best of the bunch, even if Revelations wasn’t enough of a step forward. Traversing through Renaissance Italy was an absolute joy. Even so I do still go back to the first every once in a while. Yes, it was buggy; yesm it was repetitive but I just love the setting and story.

The first of the games that I did not rush out to buy was Odyssey, as if felt like more of a push away from the traditional assassin element of the franchise. As much as Black Flag was a pirate simulator, this was just a Spartan simulator. The fact is I thought Black Flag was an amazing game and possibly shouldn’t be an Assassin’s Creed game, but its own standalone IP (yes I know Skull & Bones!).

Yet I still haven’t brought myself to finish Odyssey as there is just too much to do. After Origins reinvented the series, I thought it would start off another chapter of great games and Odyssey did, it just didn’t hit the mark for me.

I think going forward in the new generation Ubisoft would have to look at the series and really commit to either a role-playing format fully or go back towards a more Assassin’s Creed game. As much as I am enjoying Valhalla it feels like the stealth and assassin aspects of the game have been shoehorned in, just to keep the Assassin’s Creed name.

I also believe that rumours of a Japanese setting are way off the mark, as Ghost Of Tsushima brilliantly did this recently (one of my favourite games of 2020). The rumoured China setting sounds interesting depending on the time it’s set (Tang Dynasty?). This could also bring in features like unarmed combat, learning new techniques, etc.

I know that this Hot Topic will be full of the usual Call Of Duties and Grand Theft Autos, but I personally think that the Assassin’s Creed games have changed so much over the years, in the settings and storylines (not so much gameplay), that everyone is fresh and you find a different challenge.
Escobar9009

GC: The topic was about genres not specific franchises.