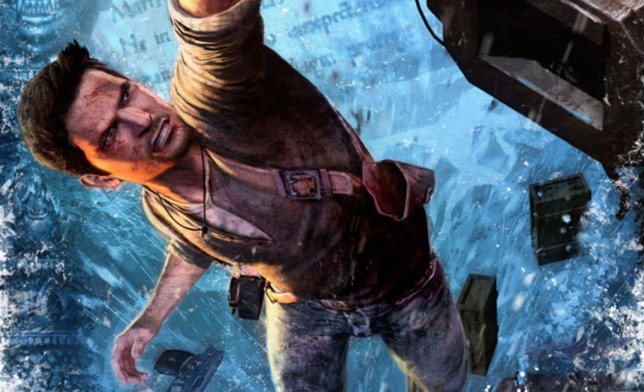 Uncharted 2 – it starts with a bang (pic: Sony)

Readers discuss the video games with the best openings, from the start of Resident Evil 4 to the famous Half-Life train ride.

The subject for this weekend’s Inbox was inspired by reader Newton and asked what game do you think makes the best first impression, regardless of what follows? Assuming the beginning means anything within the first hour what game do you feel starts off the best?

There were a wide range of suggestions, although the cinematic starts of Uncharted 2 and Metal Gear Solid came up the most – with many preferring to get to the action quickly rather than enduring lengthy cut scenes.

How did that happen?
My favourite opening to a video game belongs to Uncharted 2. Rather than ending on a cliffhanger it opens on a literal one, with Nate hanging off a train which in turn is hanging off a cliff!

I loved the first Uncharted, so to see Nate in this perilous situation quickly grabbed my attention. This level serves as a tutorial as well, teaching you the basics of climbing and shooting, all while introducing – via flashbacks – the new characters Chloe Frazer and Harry Flynn.

It sets the scene brilliantly but doesn’t explain everything, so you want crack on with the game to find out how on earth Nate ended up like this!
LastYearsModel

The future refused to change
My favourite, but also saddest video game beginning has to be The Legend Of Zelda: The Wind Waker.

With its haunting melody, and beautiful tapestry style opening, it fills the gaps of what occurred since Ocarina Of Time and lays the foundation of a new adventure.

It was an opening I’ll never forget, but left me feeling down because I had the realisation that all my hard work saving the world in Ocarina came to nought. Ganon still returned and the world of Hyrule was drowned by the gods who were indifferent to the plight of their worshippers. Now, all that was left was the high ground.

And what a high ground it was! With the camera whizzing about Outset Island, the wind and sea rustling away, and the jaunty pan pipe theme. Then, the logo appears with The King of Red Lions, and you know it’s going to be special, but you will have to save the world again…
ZiPPi

Spectacular opening
Marvel’s Spider-Man gets my vote for one of the best starts to a video game.

It’s short, packed with details about the timeline you are about to be a part of, what enemies are on the loose, how Peter Parker is living, what gadgets he has at his disposal, how capable he is as a scientist and even touches on his financial struggles. After one short pan of his apartment, he jumps out the window as Spider-Man and bam! You are Spider-Man!

There’s no protracted cut scene or boring section to trawl through before becoming the hero himself, just a few short minutes and you know everything you need to know and are swinging through the streets of New York City in full control of Spider-Man.

It really is quite amazing; some might say spectacular!
Paul Conry

Fighting start
I’m sure there’s better but the one that stuck in my head as soon as I heard this question was Ghost Of Tsushima. I can’t argue that the game is basically Assassin’s Creed but slicker but being a fan of Japanese history I love the whole thing and the presentation is just top notch throughout, especially the beginning.

Since the combat is fairly unique it’s actually a fairly difficult thing to introduce in a hurry but the Mongol beach invasion is handled incredibly well and segue into the more stealthy gameplay, as you creep around the town afterwards is great.

The whole thing had me impressed from the get go, from the amazing graphics to the unusual setting and the interesting characters. There were cut scenes but none were overly long and all served a purpose, which is the way it should be done.
Grantz

The village
To counteract the blasphemy of some people recently suggesting that Resident Evil 4 waws overrated the obvious answer to this Hot Topic for me is that very same game. It really is just masterful, from the cynical, bored cops to the weird guy in the house to the sudden riot in the village when you realise the whole town is against you.

The whole of Resident Evil 4 is amazing but that first section until the bells ring is probably the best hour in gaming there’s ever been. The Resident Evil 2 remake was great, and I like most of 7, but nothing in the series has ever come close to that again. In fact no game really has, especially not Mikami’s The Evil Within games.

Remaking it seems like a fool’s errand to me though. They’ll never have tank controls in it and without that it just won’t be the same. I’ll be curious to see, of course, but especially when viewed as a product of its time Resident Evil 4’s opening is just about perfect.
Gauntlet

In-game intro
The one that always sticks in my head is the original Half-Life. It’s the first game I can remember where you feel like you’re actually in the game itself, in the intro and is the only one I can think of that I happily played again from the start.

And once the intro finishes you are straight into the game.
Ian Davis

Video game storytelling
I love the beginning of NieR:Automata. Flying in to assault a factory with your squad (who die instantly) the game segues seamlessly from vertical shmup, to twin-stick shooter, to horizontal shmup, to 3D hack ‘n’ slash (‘n’ shoot), to the same in 2D (both top down and side-on) and back again multiple times! The level then culminates in an epic multi-stage boss fight, which you will probably lose… after which, the game then sends you right back to the title screen to start from scratch.

A lot has been written about the story and ending of this game (particularly Ending E), but the beginning is often overlooked. A lot of story-based games will start with a non-interactive cut scene, followed by a tutorial. Which definitely has its place, but here instead you’re thrown straight in, which is great. Throughout the whole game, it never settles into one style of play for very long, so the constantly changing, and always engaging, first 45 minutes or so is a perfect indication of what to expect.

And (trying not to spoil anything), although it is initially a bit of a shock to be sent back to the very start after you lose the boss fight, having the perseverance to fight your way back there fits perfectly into the game’s themes. And it is fun to do.

I think it’s one of the very best beginnings to a video game of all time. It’s very much ‘pure’ video game, in the sense that it’s entirely interactive and high-octane (you’re also playing as a sexy robot with a sword, fighting other robots, and it doesn’t get any more video-gamey than that). It finds the perfect balance when introducing the key gameplay mechanics, neither boring you with endless tutorials or overwhelming you with too much to take in.

It works as a great introduction to the world and characters. It sensibly leaves the role-playing and stat-adjusting elements until quite a bit later, when you have some experience and actually have some idea about the approaches you’re likely to favour. And, although you won’t necessarily realise it at the time, the fact that you’re meant to lose that boss fight the first time ends up as part of your experience of a story that could only be told as a video game.
Julian